Accessibility links
Is It Legal For An Illegal Immigrant To Be A Lawyer In California? Opponents argue that admitting Sergio Garcia to the bar would violate a federal law prohibiting entities funded with state money from granting undocumented immigrants professional licenses. The California Supreme Court will hear oral arguments in the case on Wednesday. 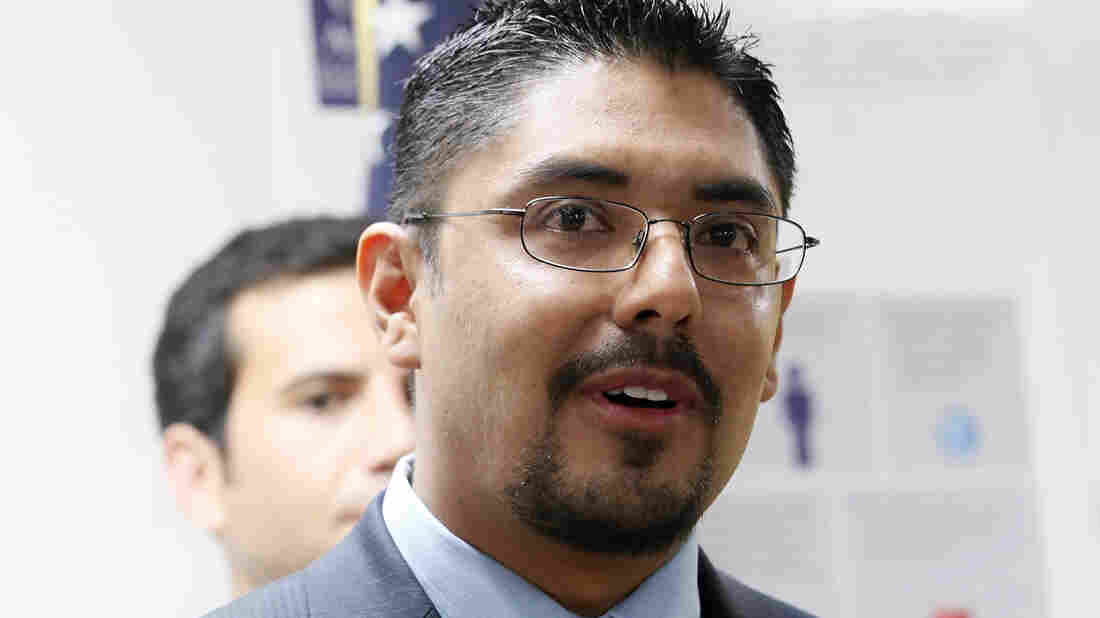 Sergio Garcia speaks at The Coalition for Humane Immigrant Rights of Los Angeles (CHIRLA) news conference on Aug. 27. Garcia, 36, is a law school graduate who passed California's bar examination, but he's living in the United States illegally. California State Bar officials have not issued him a lawyer's license because of his immigration status. Nick Ut/AP hide caption 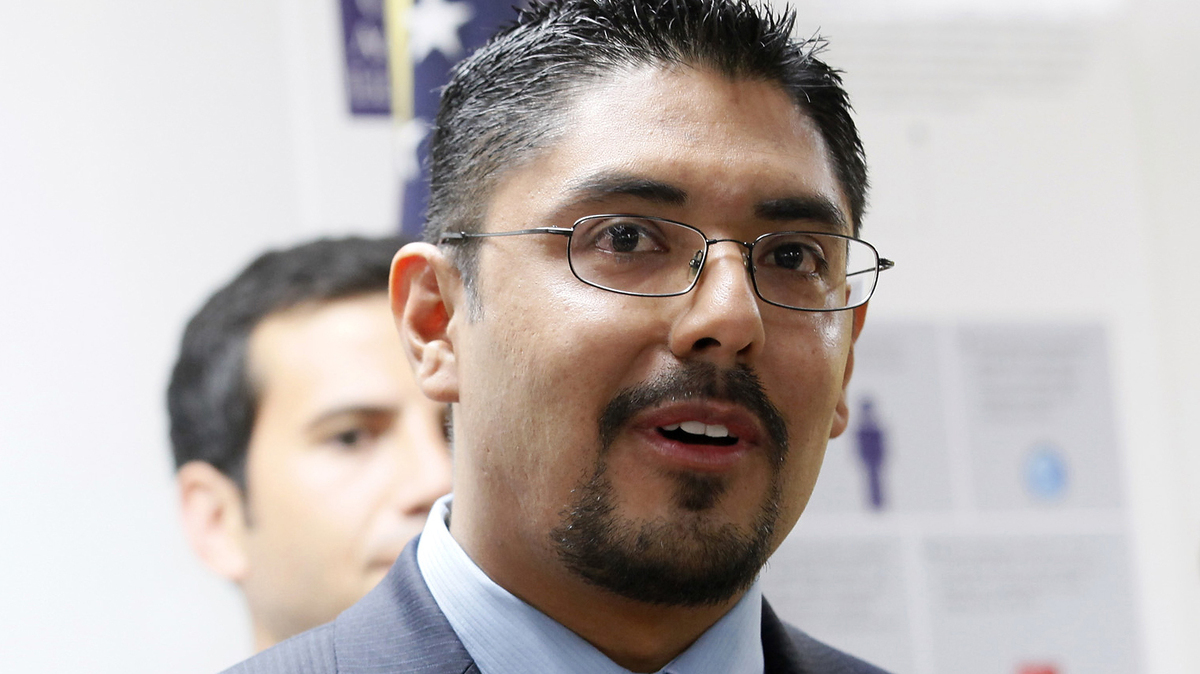 Sergio Garcia speaks at The Coalition for Humane Immigrant Rights of Los Angeles (CHIRLA) news conference on Aug. 27. Garcia, 36, is a law school graduate who passed California's bar examination, but he's living in the United States illegally. California State Bar officials have not issued him a lawyer's license because of his immigration status.

On Wednesday, the California Supreme Court holds oral arguments in a case that will determine whether Sergio Garcia, an undocumented immigrant, can become a licensed attorney.

The case has drawn attention from legal groups across the country and comes amid the larger national fight over immigration reform.

On the side of Garcia are the State Bar of California and the California attorney general. Opposing his admission to the bar is the Justice Department, among others.

'This Is The Country I Know'

Garcia was born in Mexico. His parents brought him to the U.S. when he was 17 months old. He moved back and forth between the two countries until he came to California permanently when he was 17. At that time, immigration officials approved Garcia for a green card. That was possible because his dad had a green card. Garcia himself would have to wait to get his own green card until one became available.

He's been waiting for nearly 19 years.

In the meantime, he worked his way through college, law school, and passed the state bar exam.

But because he's undocumented, the U.S. Justice Department says he's not eligible to receive a law license.

"To have somebody tell you cannot fulfill your American dream after you have done everything that was required of you and complied with every rule that's out there. It's a very difficult time and it's been a trying time," Garcia says.

Larry DeSha, a former prosecutor with the State Bar of California, disagrees with that group's position that Garcia should be granted a law license.

"He can't say he is going to fulfill his duties as attorney when one of those duties is to uphold all federal laws, when he's here illegally," DeSha says. "And no one can administer the oath to him knowing he's going to be illegal the minute he puts his hand down. And the other thing is clients can't pay him money. And any client who finds out that he is illegal has to fire him under federal law. "

Although the Justice Department opposes Garcia's admission to the bar, it has declined to make anyone available for an interview.

California law actually allows anyone with some form of legal status — including people with a student visa — to get a law license.

Florida Court To Rule: Can A Lawyer Be Undocumented?

"The U.S. Department of Justice has an expansive and incorrect reading of this provision," says Brian Nelson, a staff lawyer with the California attorney general's office, which supports Garcia's admission. Nelson says it's not state money that funds the licensing of attorneys, but rather annual dues lawyers pay to the State Bar, and therefore, no state money is used.

"It would really run counter to all of California and the federal government's policies to promote this type of individual who has been so self-sufficient and is working and looking to make a big and important contribution," Nelson says.

Whether the California Supreme Court decides to license Garcia as an attorney will resolve just one dispute in the larger debate over illegal immigration. But it will undoubtedly carry symbolic weight, and is likely to influence similar cases pending in other states. After Wednesday's hearing, a decision is expected within 90 days.