Accessibility links
Movie Review - 'A Teacher' - A Teacher Gone Astray, But Who's Leading Whom? A young high school teacher (Lindsay Burdge) begins an affair with one of her students (Will Brittain) in Hannah Fidell's debut feature. But she's no predator; in fact the power plays in the relationship may be her undoing.

A Teacher Astray, But Who's Leading Whom?

A Teacher Astray, But Who's Leading Whom? 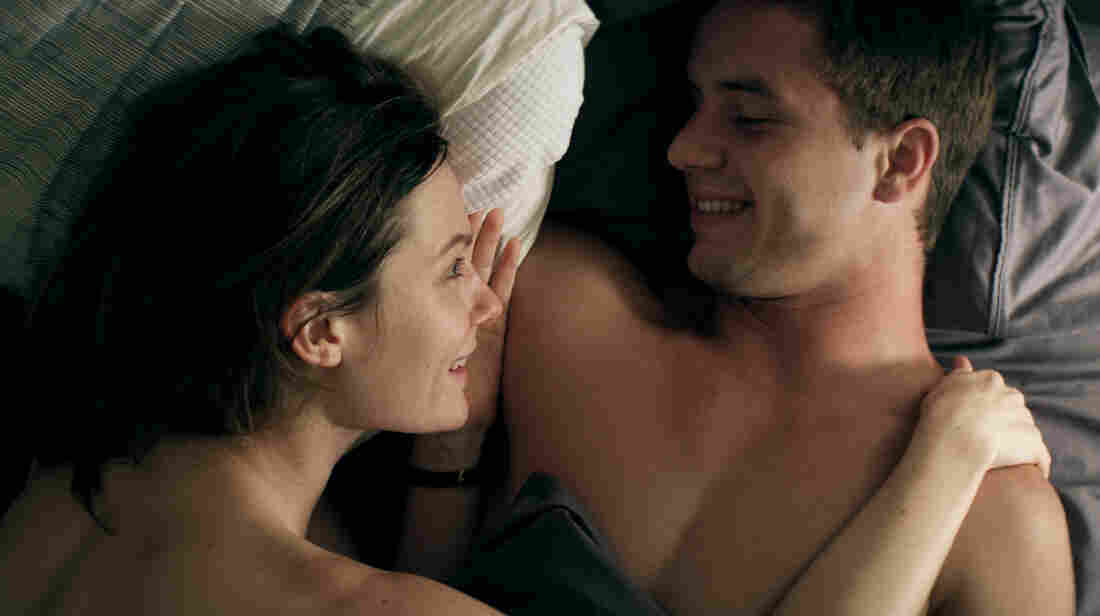 Adult Education: Lindsay Burdge is a lonely young teacher who takes up with a brash, privileged student (Will Brittain) whose sense of entitlement extends far enough to include her. Oscilloscope Laboratories hide caption 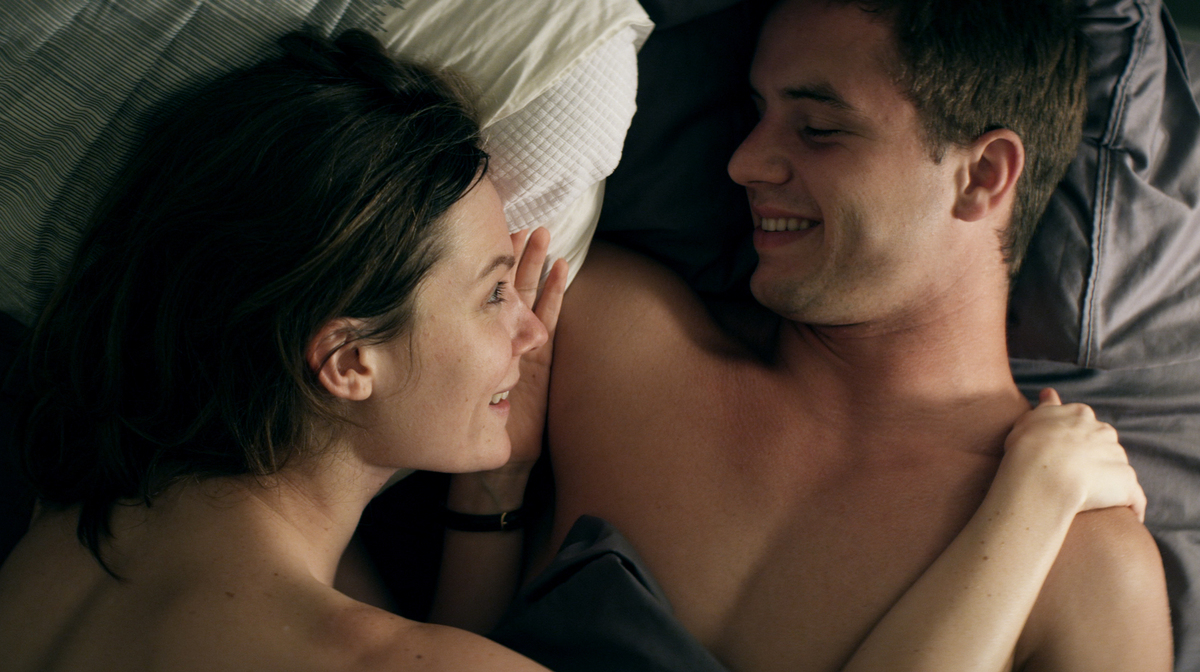 Adult Education: Lindsay Burdge is a lonely young teacher who takes up with a brash, privileged student (Will Brittain) whose sense of entitlement extends far enough to include her.

A Teacher sets a menacing tone from its opening scene, with a cacophony from avant-garde saxophonist Colin Stetson blaring in the background, and rarely lets it dissipate.

That the film manages to maintain its tense mood to the end is particularly commendable, considering the diligence with which director Hannah Fidell eschews the nerve-wracking elements that might accompany its bracing story — the tale of a high school teacher carrying on a relationship with a student.

The risk that Diana (Lindsay Burdge) will lose her job is always there, of course. But she's a young woman with relatively few attachments, and her problems are mostly hers alone. There are no children to be left behind, no husband's heart to break.

As a result, Diana becomes the only person shown to have much at stake in the film — especially since Eric (Will Brittain), her student paramour, never seems as vulnerable. Certainly he's not portrayed as a naive teen, an innocent to be tarnished.

In fact A Teacher flips the power dynamic we might expect from a teacher-student relationship, giving Eric a surprisingly powerful upper hand. The affair that could devolve into emotional devastation for Diana seems, for him, destined to remain in memory as only a particularly eventful youthful tryst.

That means that ultimately, the primary dramatic tension in A Teacher is the push and pull between Diana's better instincts and her self-destructive tendencies. And such a tight focus on its protagonist means much of the film's success depends on its ability to draw us into Diana's plight.

To start, at least, it's a risk that pays dividends. Fidell smartly begins the film with Diana and Eric's affair not just in full swing, but also moving beyond purely physical passion to tenuous emotional entanglement. A Teacher's greatest strength is how it manages the suspense implicit in their developing relationship.

Watching Diana tell Eric early on how "this is the happiest I've been in a long time," or catching her grin giddily after receiving his texts, immediately accentuates the rude awakening we suspect awaits her. Innocuous scenes — a hallway encounter, a class discussion about AP exams — are imbued with dread.

A Teacher also hints at deeper trouble when Diana's brother appears briefly, trying to get her to visit their mother and signaling worry about Diana's health. But these indications at the shape of Diana's demons never develop, and her character becomes increasingly opaque as the film continues.

The movie relies largely on shots of her silently fretting, lost in her own thoughts, but over time these reveal ever less. And the more A Teacher follows Diana down a darkening, increasingly reckless path, the more the impenetrability of her character makes it difficult to understand her actions.

The diminishing returns in part are due to Burdge's performance, which too often settles for the same look of fraught anxiety. But they also result from Fidell's decision to pare her film down to the barest elements. A Teacher's title alone suggests an Everywoman intention that's ultimately to its detriment. The film's portrayal of its protagonist's suffering — at times genuinely distressing, nowhere more so than in its devastating final shot — is more often superficial, lacking the individualization necessary to truly convey the terror of being Diana.