Accessibility links
'Smitten Kitchen' Author On Learning To Love Kale Food blogger Deb Perelman did not jump on the kale bandwagon. "I've often thought the world would be a better place if we could stop pretending that kale tastes good," she says. But one salad changed her mind. 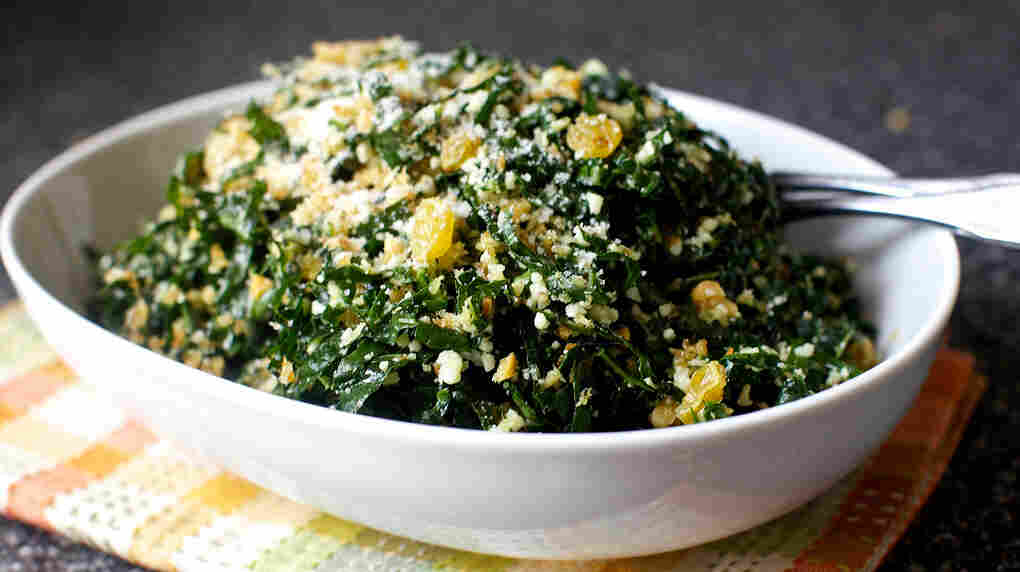 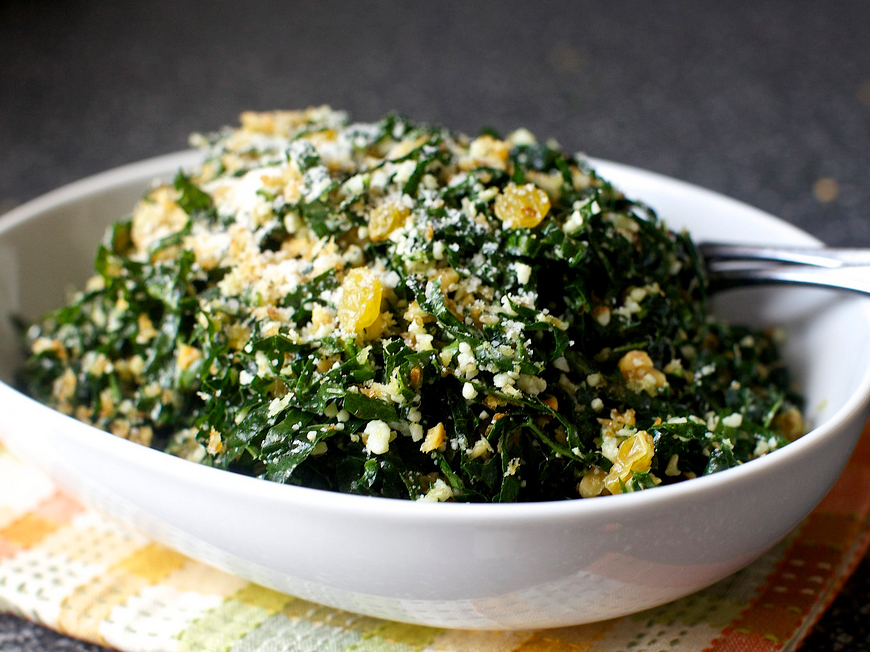 Food blogger Deb Perelman was initially a kale skeptic — until this Kale Salad With Pecorino And Walnuts changed her mind.

Kale has experienced a renaissance in recent years. Once relegated to the sidelines as a mere garnish, the green now appears on 400 percent more restaurant menus than it did four years ago.

But not everyone has bought into the gospel of the vitamin- and mineral-rich green. Even Deb Perelman, who writes the blog and cookbook Smitten Kitchen, was initially a kale skeptic.

"I've said before that I've often thought the world would be a better place if we could stop pretending that kale tastes good," she tells All Things Considered host Melissa Block.

Perelman says she's since come around to the vegetable and uses it "tepidly" in recipes. But she still doesn't understand the obsession around it.

What Elevated Kale From Vegetable To Cultural Identifier?

What Elevated Kale From Vegetable To Cultural Identifier?

"I don't actually think that a world where people are eating a lot of kale versus a lot of, I don't know, potato chips or bacon is a bad place," she says. "I just don't understand the fervor."

One dish that helped changed her mind was the kale salad at Barbuto in New York City's West Village. Even though she wrote "the last thing the internet needs is another kale salad," she posted a recipe for it on her blog last month.

"It was so good and I just tried to imitate it. Like, I missed it on Monday when I hadn't had it in two days. Maybe that's how it happens; it's like a long dark road from here," she says.

When recreating it at home, Perelman used a lighter kale that she cut into thin ribbons. She then tossed it with toasted breadcrumbs and walnuts, raisins, pecorino romano cheese, lemon juice, olive oil, salt and pepper.

"We inhaled it," she says. "I'm going to have to reconsider my identity as a kale skeptic. I thought I was all Team Swiss Chard but now I'm not sure."

She says she isn't quite sure what makes the salad so wonderful, but theorizes it has something to do with its combination of a few simple ingredients that would make almost anything taste good — dried fruit, salt, cheese and toasted nuts. Yet, "it looks so wholesome and you think: 'How could this possibly taste good?' " she says.

This recipe is based on a kale salad offered at Barbuto in New York City. Tuscan kale is also known as black or lacinato kale and is the thinner, flatter leaf variety.

To prepare walnuts, heat oven to 350 degrees. Toast walnuts on a baking sheet for 10 minutes, tossing once. Let cool and coarsely chop.

In a small saucepan over low heat, simmer white wine vinegar, water and raisins for 5 minutes, until plump and soft. Set aside in liquid.

Toast bread crumbs, garlic and 2 teaspoons of the olive oil in a skillet together with a pinch of salt until golden. Set aside.

Trim heavy stems off kale and remove ribs. I always find removing the ribs annoying with a knife, because the leaves want to roll in on the knife and make it hard to get a clean cut. Instead, I've taken to tearing the ribs off with my fingers, which is much easier for me. Stack sections of leaves and roll them into a tube, then cut them into very thin ribbons crosswise.

Put kale in a large bowl. Add pecorino, walnuts and raisins (leaving any leftover vinegar mixture in dish), remaining 2 tablespoons olive oil and lemon juice and toss until all the kale ribbons are coated. Taste and adjust seasonings with salt, pepper and some of the reserved vinegar mixture from the raisins, if needed. Let sit for 10 minutes before serving, if you can, as it helps the ingredients come together. Just before serving, toss with breadcrumbs and, if needed, a final 1 teaspoon drizzle of olive oil.