Accessibility links
The Dawn Of Sun Records: 15 Hours Of Blues In 1950, a red-haired Alabama boy who'd learned about radio and electronics in the U.S. Army opened a recording studio to document the blues and country music he loved. A new box set compiles the beginnings of Sam Phillips' Memphis Recording Service, and the record label he would soon create. 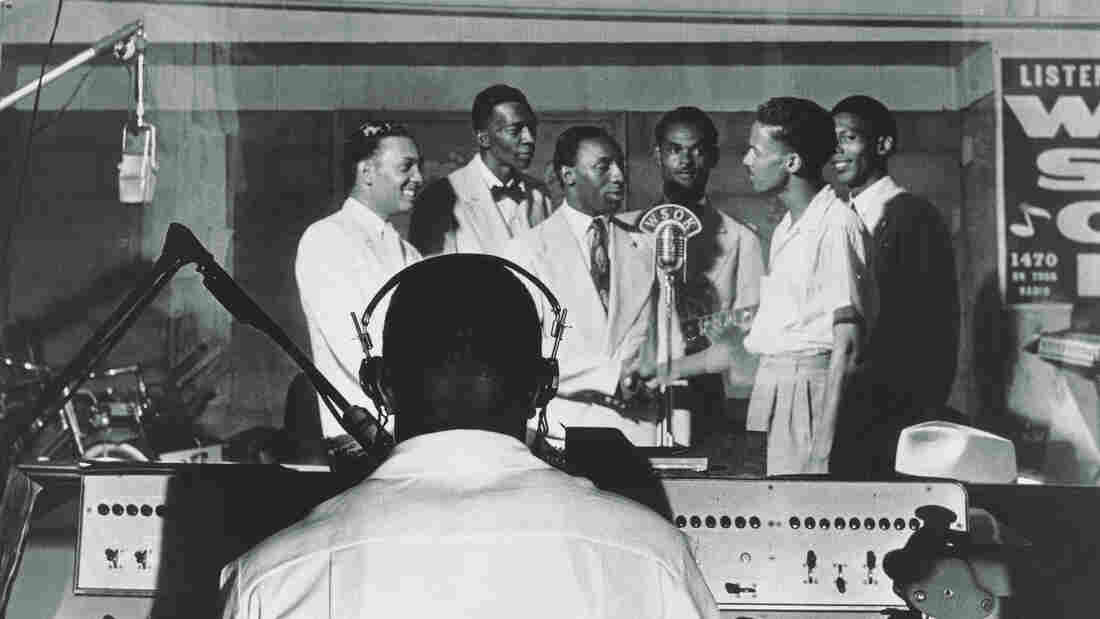 The Prisonaires, a band formed in a Memphis-area prison, created one of Sun Records' early hits. Courtesy of Bear Family Records hide caption 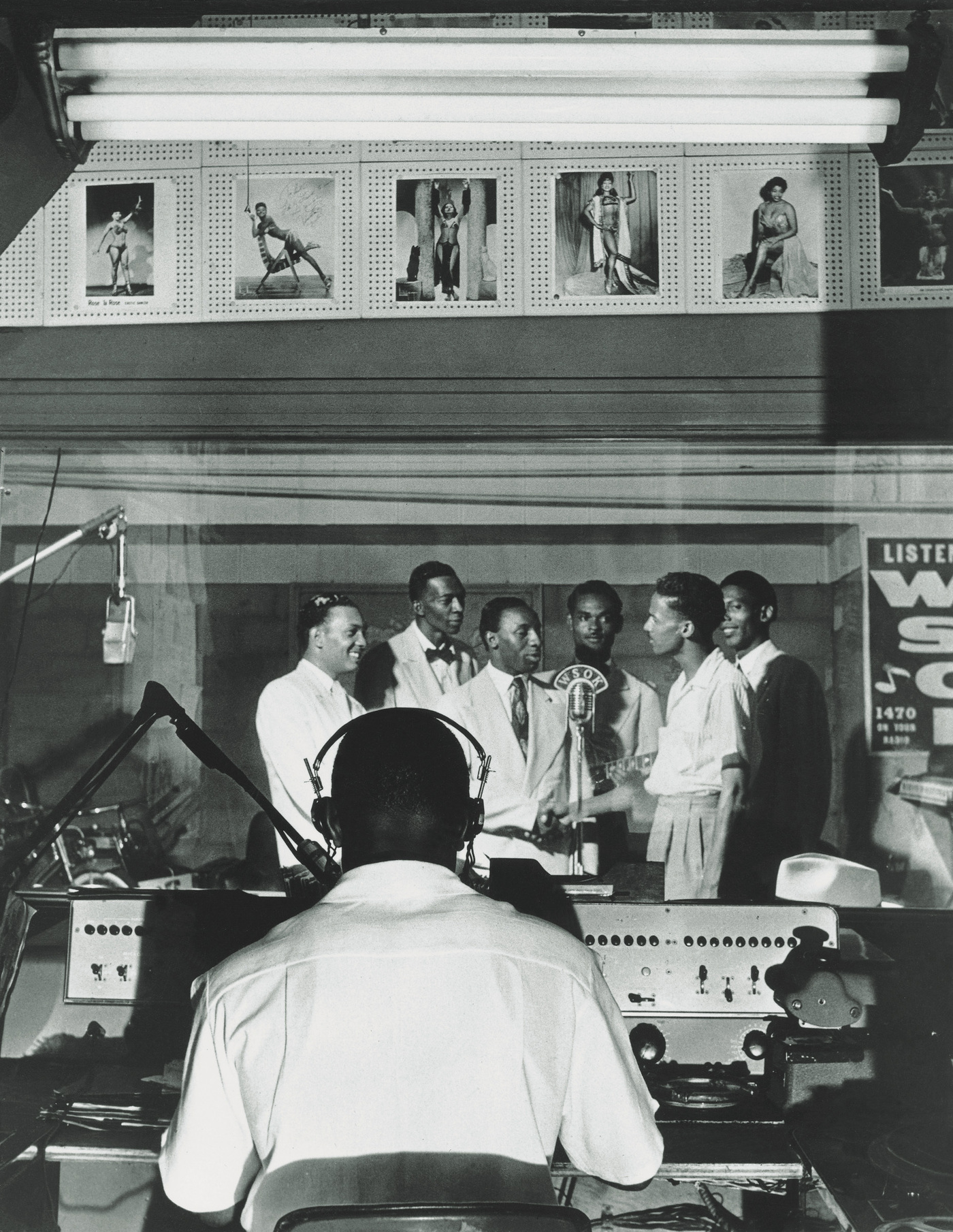 The Prisonaires, a band formed in a Memphis-area prison, created one of Sun Records' early hits.

Sam Phillips is famous for saying that if he could find a white boy with the authentic Negro sound and feel, he'd make a billion dollars. Seeing Phillips in his striped sport coat and tie in 1950, you might well wonder if he'd know that sound and feel if it came up and bit him. But he'd been a fan of blues and country music since childhood, and he bet that his technical knowledge and feeling for this music could make him money.

So in January 1950, Phillips, a red-haired Alabama boy who'd learned about radio and electronics in the U.S. Army, opened the Memphis Recording Service at 706 Union Avenue in Memphis. Three years later, overwhelmed by the success of his efforts for other people, he started the Sun Records label there. Much history would be made at the studio, and to celebrate the 60th anniversary of that event, Bear Family Records asked three top Sun researchers (Colin Escott, Hank Evans and Martin Hawkins) to assemble three massive multi-disc boxes featuring blues, country and rock recorded at Sun. The 15-hour blues box covers the beginnings of 706 Union.

Even before Phillips was finished building his studio, Joe Hill Louis, a one-man band who'd recorded for some national labels, walked in and commented that a decent studio was something Memphis needed. Soon enough, he was making a record for Phillips. "Boogie in the Park" wasn't even a local hit, despite Phillips' partnership with local DJ Dewey Phillips (no relation) in the It's The Phillips label that released it. Sam Phillips kept on recording local musicians, though, and his big break came when a huge 40-year-old farmer who'd just given his cropland to his son came in the door. He was going to be a blues singer, he'd decided. Phillips heard that he already was.

The voice of Chester Burnett — the Howlin' Wolf, as he called himself — was, as Phillips later said, "where the soul of man never dies." All of the 11 tracks Phillips recorded were bought by Chicago's Chess brothers for their new blues label. They only released three of them, but "Moanin' at Midnight" was one, and enough of a hit to lure Wolf north eventually. Sam Phillips had lost out. 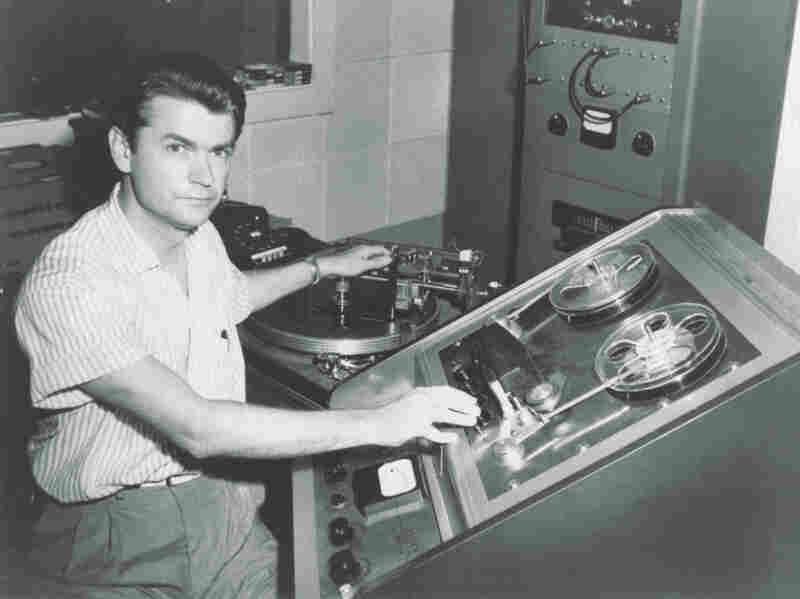 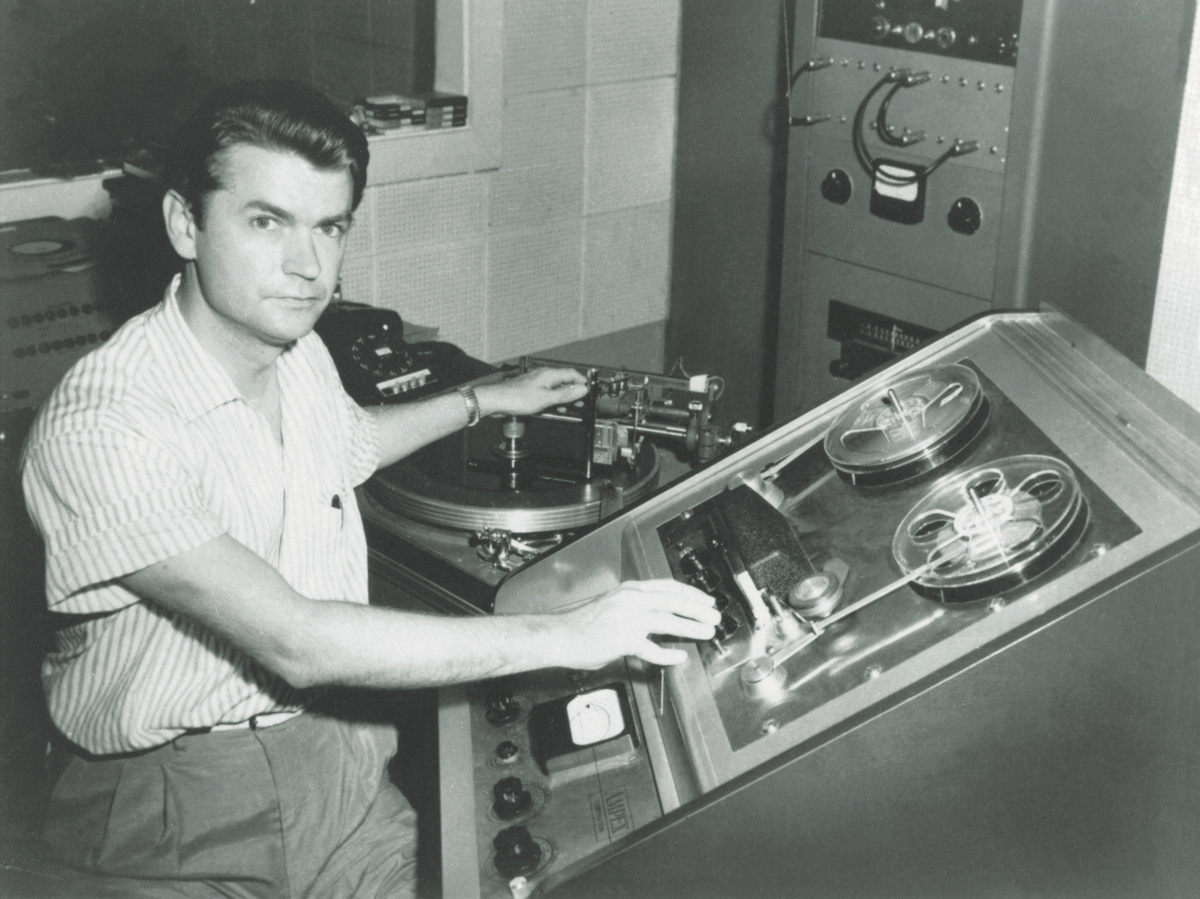 Sam Phillips with a tape recorder.

Well, sort of. Ike Turner was a skinny kid, a great piano player and guitarist, and a bandleader who developed talent in his Kings of Rhythm. He was delivering talent to labels in Los Angeles and Chicago, so he figured he should make a record, too. The problem was he was a lousy vocalist, so Phillips suggested he let one of his saxophonists, Jackie Brenston, record a song Turner usually did with the Kings. "Rocket 88," often called the first rock 'n' roll song, was a huge hit in 1951 — again, on Chess Records.

Turner was furious that his own name wasn't on the record and stayed away from Phillips thereafter, but it hardly mattered. The word was out, and everybody in town came looking for sessions, B.B. King, Rosco Gordon, Rufus Thomas and Little Junior Parker among them. Parker became one of the first blues artists on Phillips' new label, Sun, in 1953. He started having hits immediately, and in "Love My Baby" — the B-side of "Mystery Train" — inadvertently made the first rockabilly record.

Another hit Phillips had early on with Sun was something of a novelty. One of his partners was Jim Bulleit, a Nashville record man who knew his city's black music well, and whose cousin had shown him a newspaper article about a group in a local prison. Bulleit made a tape, and Phillips leaped at it. The group's first single, "Just Walkin' in the Rain," sold nearly a quarter-million records. The Prisonaires, however, only did limited touring, and always with an armed escort.

Guitarist Pat Hare probably should have had one, too, since he died in jail after murdering his wife, but Phillips was lucky to have him in the band of another young bluesman who cut his first sides for Sun: harmonica player James Cotton. By 1954, when Cotton's "Cotton Crop Blues" hit, artists like Little Milton, Earl Hooker, Billy "The Kid" Emerson and others were also recording for the label.

But Sam Phillips had other concerns. He had found his white kid, and another chapter was beginning for Sun.