Accessibility links
Billy Crystal's 'Foolin', Full Of Fun — And Feeling The comic and actor talks to NPR's Scott Simon about his insomnia, his friendship with baseball legend Mickey Mantle, and the love of his life. They're all topics in his memoir, Still Foolin' 'Em: Where I've Been, Where I'm Going, and Where the Hell are My Keys? 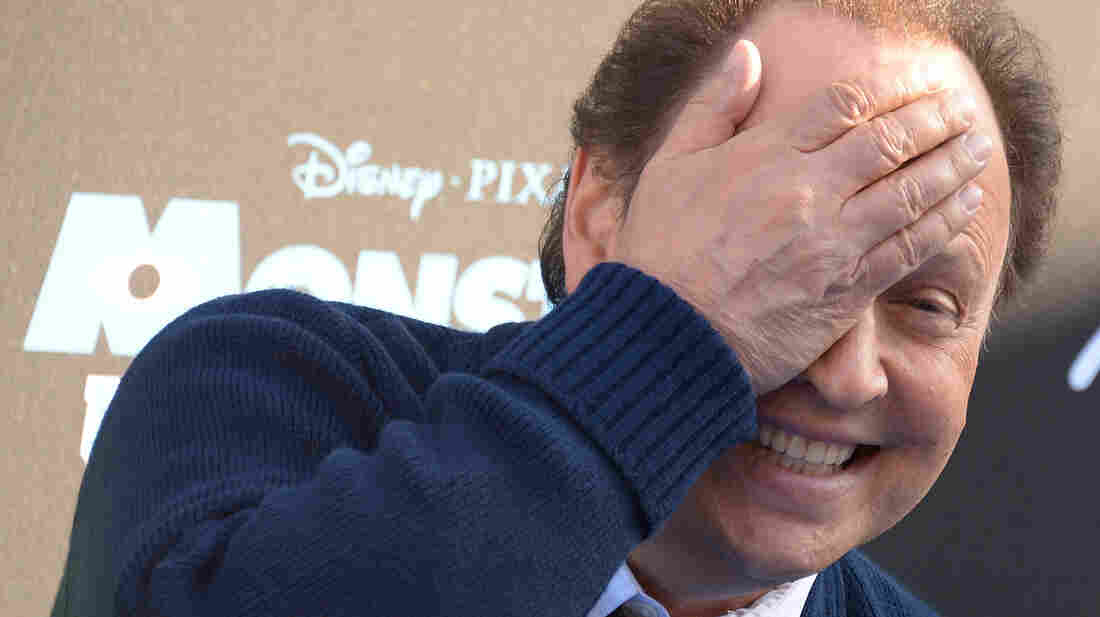 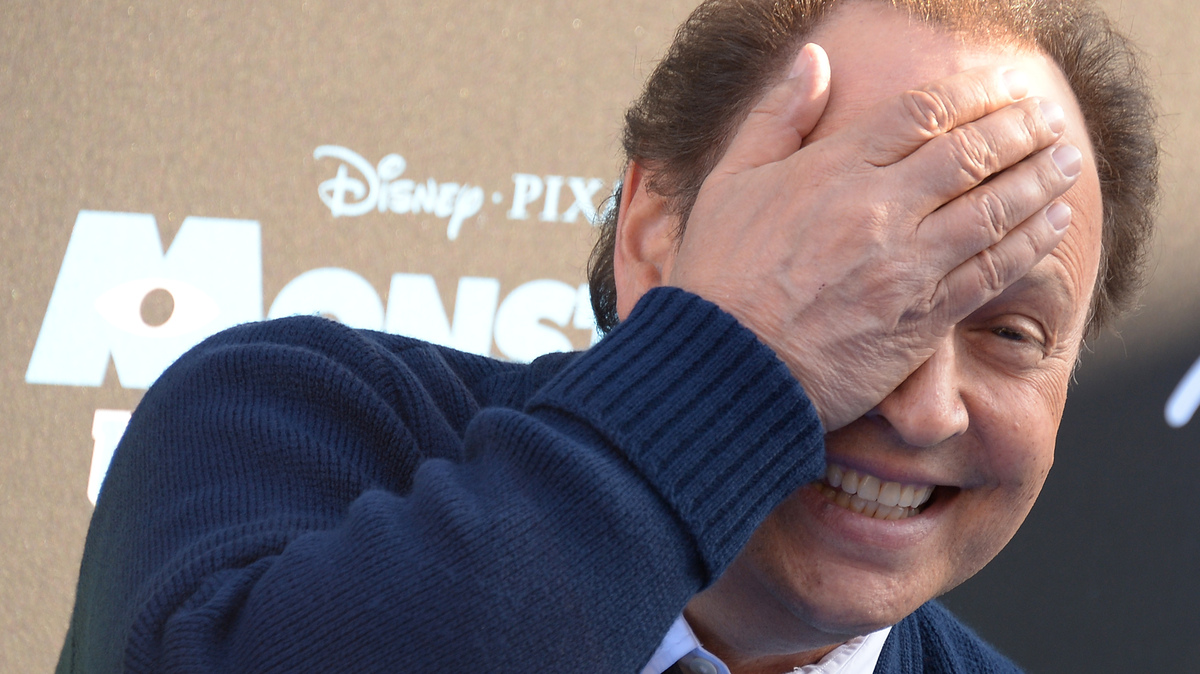 Billy Crystal is ... 65. He feels that he's gone from being, as he puts it, "a cool Baby Boomer into a Diane Arbus photograph."

He writes about his well-earned wrinkles and laugh lines in a memoir that takes him from his boyhood and bar mitzvah in Long Island, through the experience of losing his father at the age of 15, to his work on Soap, Saturday Night Live, and the Oscars — and through sleeplessness, the indignities of growing older and the glory of his lifelong love. The book's title is Still Foolin' 'Em: Where I've Been, Where I'm Going, and Where the Hell are My Keys? 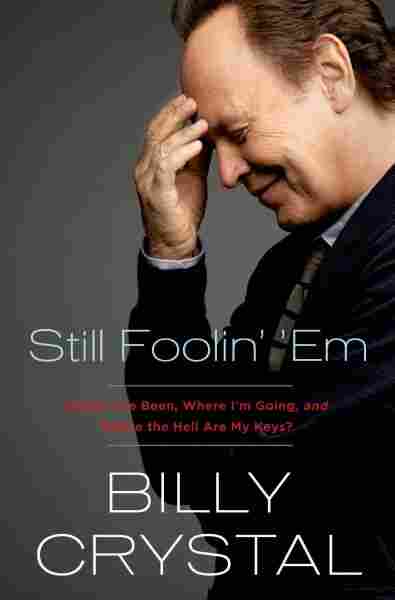 Where I've Been, Where I'm Going, And Where the Hell Are My Keys?

Title
Still Foolin' 'Em
Subtitle
Where I've Been, Where I'm Going, And Where the Hell Are My Keys?
Author
Billy Crystal

Crystal joined us from NPR West in Culver City, Calif., to talk about his insomnia — "I've been up since 1948" — his friendship with baseball legend Mickey Mantle, and why NPR's Scott Simon makes him wonder whether our dogs are getting enough cheese. (No, seriously — but you'll need to listen to the audio for that bit.)

On the tone of life during the Jewish high holidays

"We don't have a lot of fun. We fast, we confess our sins, we don't turn on the electric. So it's basically a bunch of hungry, guilty people sitting around in the dark."

On his pet theory about why he has trouble sleeping

"I've been up since 1948, and I'll tell you why. My first seven days on the earth, I must have broken sleep records. Twenty hours. I'd go 15, 16. But then, on the eighth day, somebody with bad breath and a beard grabbed my penis and cut the tip off. I've been up ever since. Somewhere in the back of my mind, I think someone's coming in to do that again. So I'm always up, and aware that there may be an intruder. Who's got a box cutter."

On 'that scene' in When Harry Met Sally

"We were in Rob [Reiner's] office — brilliant director, perfect director for this movie — Nora Ephron, genius screenwriter, Meg [Ryan] and I. And Nora brings up the fact that women fake orgasms. Well, Rob wanted none of this. He was astounded by this. And I'm sure his mind was rifling through all the women he had been with. 'Well, geez, really? Maybe that one? I dunno ...' And Meg said, 'Well, you know what, in the movie, I should fake one. For Harry. ...'"

"We go to shoot the scene, and Meg was very nervous. It's all of these strangers. ... Rob's not happy. The first one was sort of tepid. The second was like, you're married 10 years. Then Rob, who's a big bear of a guy, with his beard, 220 pounds, a big guy — Rob goes, 'Meg, lemme show you what I want.' And he sits down opposite me. So now it looks like I'm on a date with Sebastian Cabot.

"He starts pounding the table. Those little spice balls are flying off the pickles. People can't believe what they're seeing. It is so loud — he's screaming 'Yes, yes, yes, yes.' 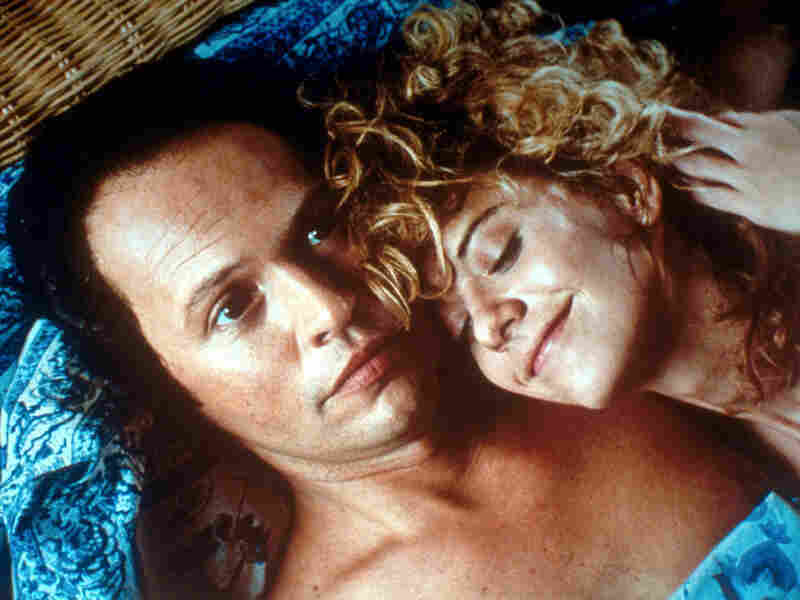 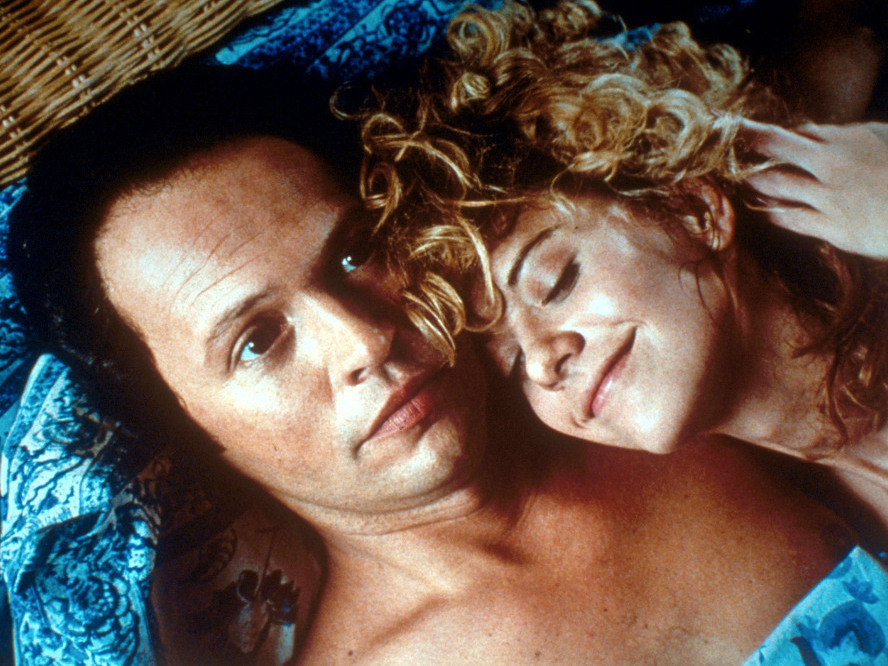 On his marriage of 43 years, and keeping life interesting

"I was 18; I knew it when I first met her. It gets better all the time. And we laugh a lot — she's really funny, and one of the few people who really gets a belly laugh outta me.

"You know, I respect her. And I always look forward to being with her. And one of the most important times we had was — the girls were starting to get bigger, I was on the road a lot, and doing very well. But I was working a lot. And at one point she said to me, 'Let's make sure you're not Uncle Daddy.'

"And ... you know, that was it. I never missed a birthday, I never missed a school play. We carpooled. And the greatest compliment I can ever get is not about my career or performance or anything; it's when people say, 'You know, your girls are great.' That's the real thing for me."

On getting to know Mickey Mantle, and seeing a hero's fears and flaws

"I went to my first game May 30, 1956, and Mantle was in the beginnings of his Triple Crown season. And he was drop-dead handsome. He was the blond-haired, blue-eyed kid that every small, dark Jewish kid wished he could be. And I saw him that day for the first time; I was 8 years old. And that day, he hit an incredible shot that went up through the clouds and hit 18 inches from going out of the ballpark. I just stood up and watched this thing go — and then I wanted to be Mickey Mantle.

Hear A Clip From The Audiobook

"And then things happened, I became friendly with him, because we met on a television show. And over time, Mickey's drinking got progressively worse. We did a special together; we were shooting it up in Cooperstown, and Mickey came up, and he was really drunk. We went back to this inn we were staying in, and at 2 o'clock in the morning he knocked on my door. And there he is in his T-shirt and boxer shorts, looking like a kid who'd had a nightmare.

"And I talked him down. Because he was afraid to go into the Hall of Fame — because he felt he didn't belong. He had these terrible demons. [He felt] that he should have been better.

"He was a man with a lot of terror. But he was a spectacular man. 'Cause he was the '50s for us. I can't even explain it well.

"And there are people who write about, 'Well, why are these men still talk[ing] about Mantle? What does he have? ... I don't understand it.' And I feel bad for them. He was this gigantic hero, with these broad shoulders that we just jumped on, and he carried us into middle age.

"There was something about that time that was innocent. Nobody was juiced. You never suspected anything about anybody — except that they would be with the same team their entire career.

"To this day, with all of these muscle-bound guys, nobody hit the ball further than Mickey Mantle, with his natural strength."