Accessibility links
First Listen: Sebadoh, 'Defend Yourself' The band's first album since 1999 once again mixes unlikely sensibilities: miserablism made vital by gritty forcefulness, scabrousness harnessed in the pursuit of beauty. Even as singer Lou Barlow offers up clear-eyed postmortems of a wrecked marriage, Defend Yourself exudes the live-wire energy of musicians brought back from the brink. 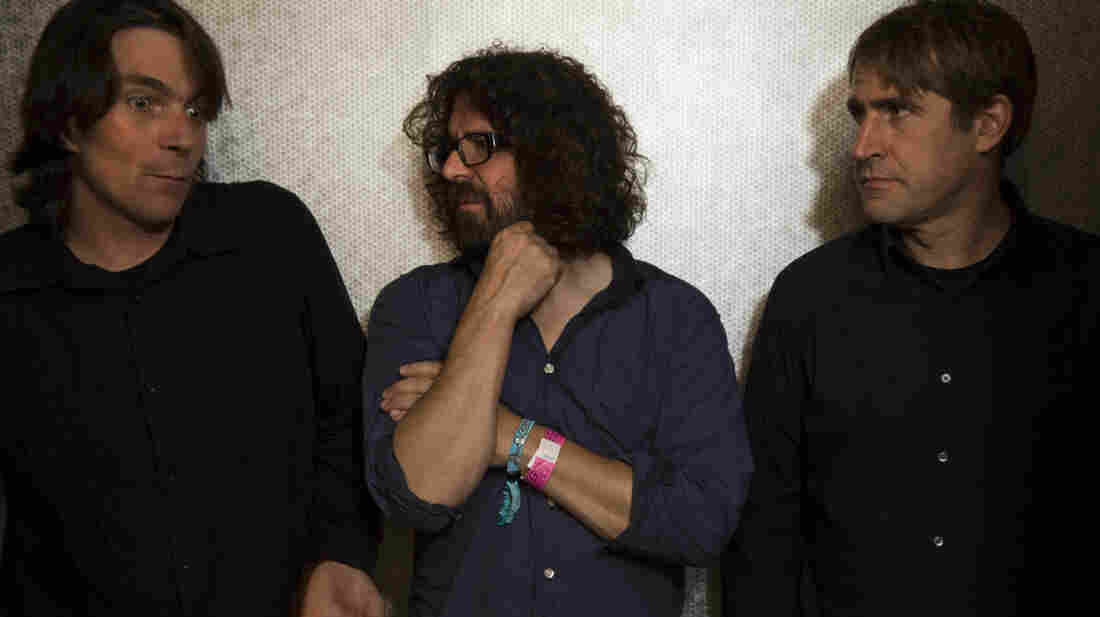 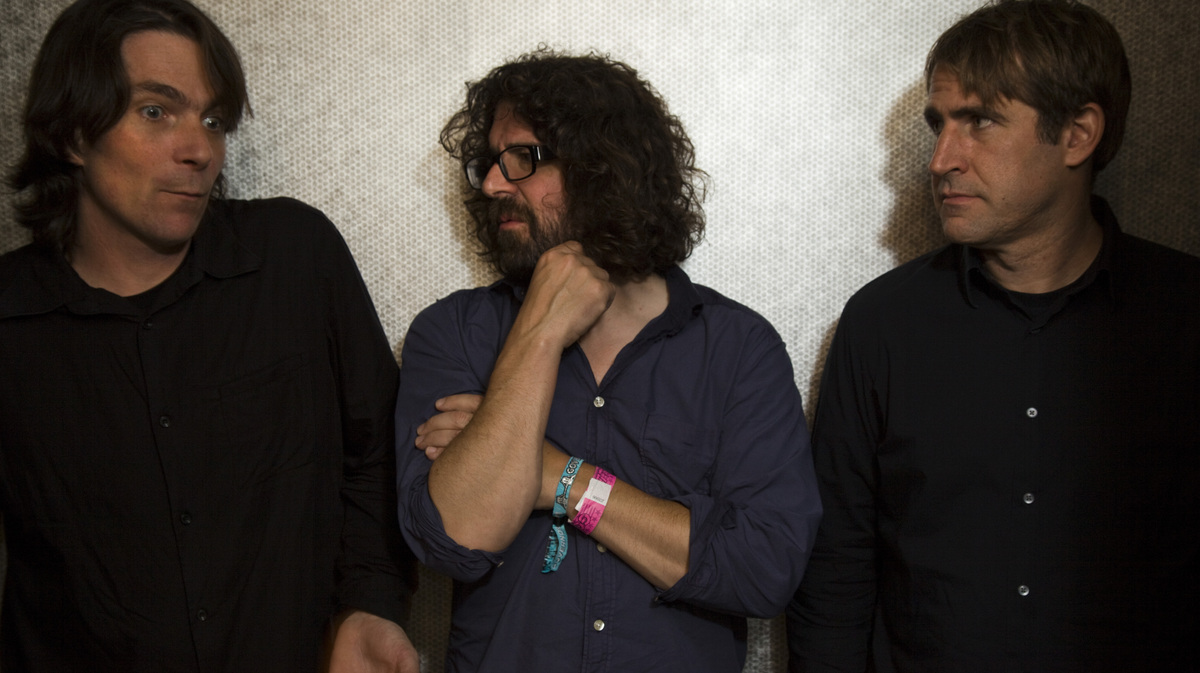 Bryan Zimmerman/Courtesy of the artist

Lou Barlow has been reuniting with old bandmates left and right in the last decade or so, even as his personal life has broken apart. In 2005, the rock veteran rejoined Dinosaur Jr., having long since moved past the acrimony surrounding his departure, and he's now back with Sebadoh for the first time since the turn of the century. But the last few years have also seen the dissolution of Barlow's 25-year marriage — a process traumatic enough to have anyone seeking solace in the past.

Barlow chronicles that collapse and its aftermath on Defend Yourself; it's the first album in 14 years from Sebadoh, the band he once again shares with multi-instrumentalist Jason Loewenstein and drummer Bob D'Amico. (On-again, off-again bandmate Eric Gaffney has participated in reunion tours, but isn't on Defend Yourself.) Given the circumstances informing Barlow's songwriting these days, Sebadoh is a perfect vehicle for his new material: The band's '90s classics frequently revolved around a mix of caustic energy and heartsick earnestness. That mix often made for jarring unevenness, and Defend Yourself is no different, but the new album once again lands in fertile middle ground: miserablism made vital by gritty forcefulness, scabrousness harnessed in the pursuit of beauty.

Out Sept. 17, Defend Yourself doesn't sound as if 14 years have passed; though Barlow's divorce informs and adds bite to his lyrics, he's been writing exquisite breakup songs for decades now. The heartbreak here does feel more specific than the generalized ache of songs like Sebadoh's 20-year-old gem "Soul and Fire," but the music that surrounds him feels especially lively. Outside of "Let It Out," a frank and lovely dirge about life pre- and post-divorce, Defend Yourself rarely lets gloom dominate entirely. In "Inquiry," Sebadoh even returns to the scuzzy punk that dotted its '90s output.

In a year packed with unlikely indie-rock reunions — including new material by everyone from Pixies to My Bloody Valentine to The Dismemberment Plan — it's a thrill to hear Sebadoh return, sounding as all-over-the-map glorious as ever. Even as Barlow offers up clear-eyed postmortems of a wrecked marriage, Defend Yourself exudes the live-wire energy of a vital band brought back from the brink.