Accessibility links
How Could A Drought Spark A Civil War? There are many ways to look at civil war: ethnic factions, economic divides and religions differences. But increasingly, some say we should also look at climate change as a factor as well, as it is often what forces internal migrations in nations already simmering with ethnic and sectarian tensions. 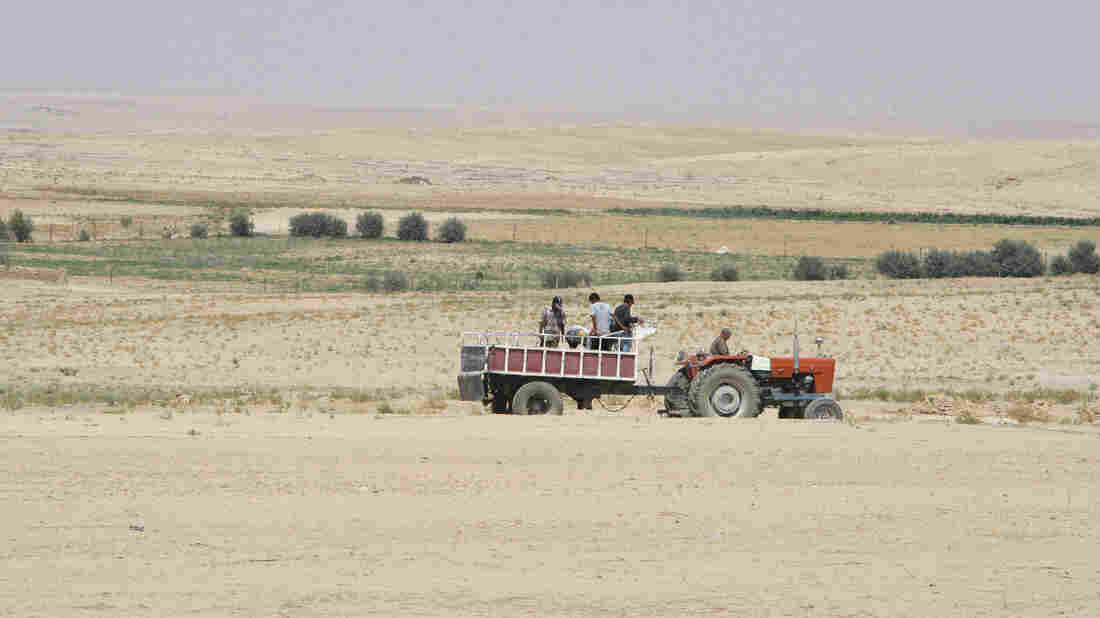 Farmers ride in their tractor in the drought-hit region of Hasaka in northeastern Syria on June 17, 2010. Louai Beshara/AFP/Getty Images hide caption 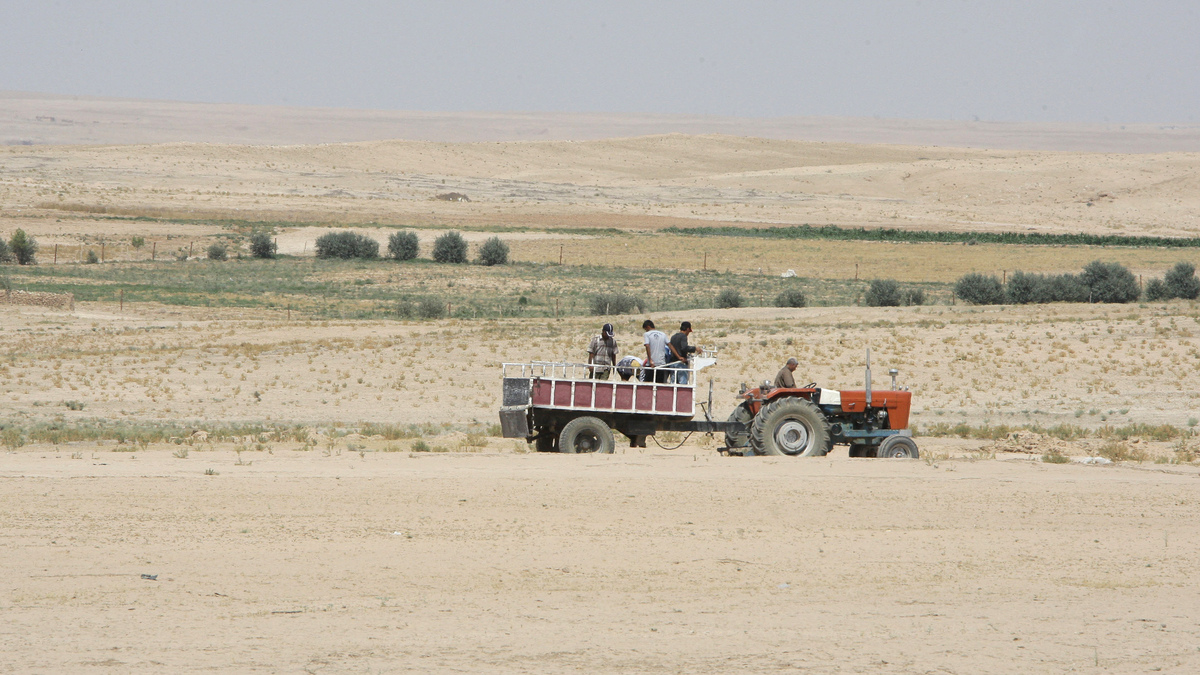 Farmers ride in their tractor in the drought-hit region of Hasaka in northeastern Syria on June 17, 2010.

The background of the Syrian conflict can seem obscure to outsiders, but the spark that started it all is often traced back to the city of Dara'a, in February of 2011.

A group of young people writing Arab Spring protest slogans on a wall are arrested and beaten.

"When that news broke there was a massive demonstration on the street, and that was the first spark one can call of the Syrian uprising," Nayan Chanda tells NPR's Jacki Lyden.

But long before a single shot was fired in Syria, there was drought in Dara'a, laying the groundwork for social unrest.

Chanda, the editor-in-chief the YaleGlobal Online Magazine, argues that there are many ways to look at civil war: ethnic factions, economic divides and religions differences. But increasingly, he says that we should also look at climate change as a factor. 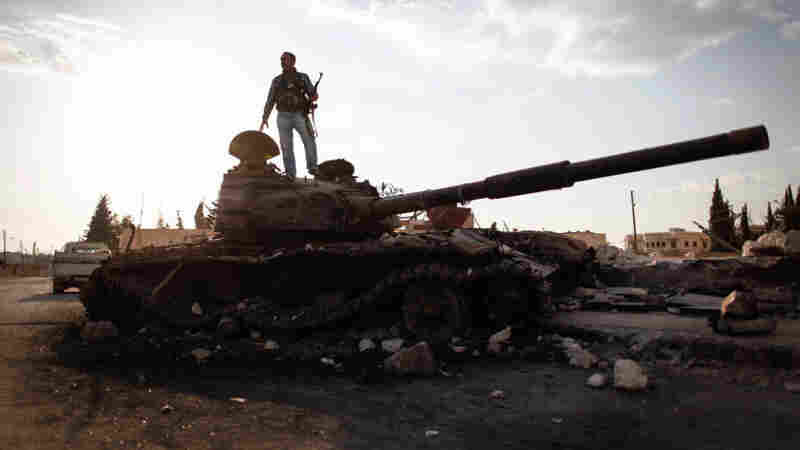 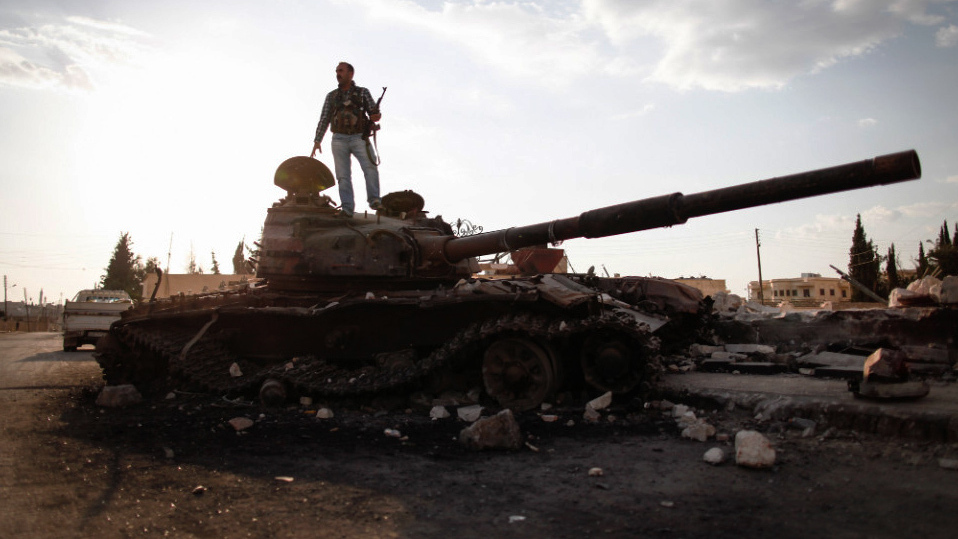 A Free Syrian Army fighter stands on a damaged military tank in Zabadani, near Damascus on Sunday.

Syria faced a devastating drought between 2006 and 2010, affecting its most fertile lands. The four years of drought turned almost 60 percent of the nation into a desert. It was a huge amount of land that could not support cattle trading and herding, Chanda says, killing about 80 percent of cattle by 2009.

The water shortage and drought drove up unemployment, in agriculture. So hundreds of thousands of farmers, Chanda says, went to where they might find work: the cities. He says they were met "almost callously" by the Syrian government.

"People felt that they were being discriminated against and not being helped, perhaps because of the sect they belong to," Chanda says. "I think this dislocation and the dire condition created the ... first spark in Dara'a."

On top of that, the government began awarding the right to drill wells for water on a sectarian basis. So when the rains dried up, desperate people began digging illegal wells, which also became a political act.

Chanda is not arguing that drought or climate change caused the civil war all on its own, but he does say it is a hugely important factor when looking at conflicts in developing countries.

"This internal migration taking place is going to happen more and more as this kind of climate catastrophe takes place," Chanda says. "[And] the internal migration started building the pressure inside the country, which then sort of exploded."

Chanda is interested in making links between global events, and more and more observers are including climate change into those connections.

The Case In Mali

The region of Africa known as the Sahel is a grassy band running coast to coast along the southern edge of the Sahara. It always has faced periods of drought, but now they're coming faster and faster.

"Instead of 10 years apart, they became five years apart, and now only a couple years apart," says Robert Piper, the United Nations regional humanitarian coordinator for the Sahel. "And that in turn is putting enormous stresses on what is already an incredibly fragile environment and a highly vulnerable population."

Add this to weak political institutions, ethnic and religious divides, and you have a recipe for conflict.

In January 2012, ethnic Tuareg rebels in Northern Mali, which is part of the Sahel, began an uprising against the government. Militants joined their campaign, eventually declaring it an independent Islamic state.

Ultimately, a coalition of West African and French military forces intervened to beat back the tide. Control of Northern Mali was restored, and a new government was elected. While Mali is tenuously quiet, Piper says millions of people in the Sahel region are still at risk.

"This is an enormous territory [and] these are borders that are uncontrolled," he says. "So there's a tremendous amount movement of people ... and trafficking. There's clear evidence that there's a problem that stretches across the region, it's not confined to northern Mali."

During the conflict, over 300,000 people in Mali fled their homes. They were fleeing war, and Chandra of YaleGlobal would call such people "climate refugees."

"Often in people's minds, climate refugees are those who leave their homes because of rising sea water," he says.

But the term will likely come up more often, in unexpected circumstances. Experts are increasingly drawing connections between climate change and the erosion the social contract between citizen and government, between the people and the land.