Accessibility links
Book Review: 'The Maid's Version,' By Daniel Woodrell Daniel Woodrell's new novel explores the lingering consequences of an explosion in an Ozarks dance hall that kills 42 people. It wasn't an accident, but the book isn't about a hunt for the murderer. Instead, reviewer Ellah Allfrey says, it's a remarkable study of a surviving sister's life and grief. 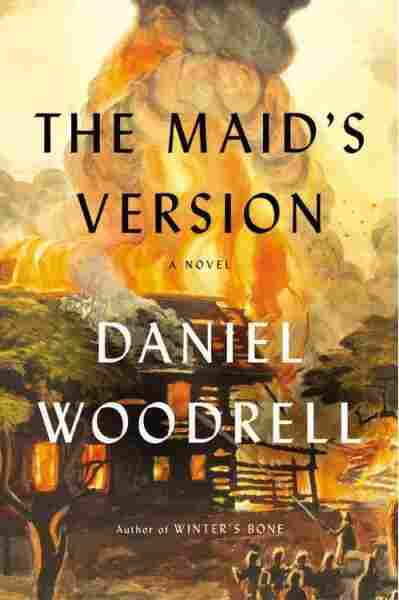 For readers new to Daniel Woodrell's work, The Maid's Version is a perfect introduction and an invitation to read more. It's a short book — almost a novella at a mere 164 pages — but there are lifetimes captured here. Woodrell sets the story in his beloved Missouri Ozarks, and he writes with clear-eyed observation, introducing the reader to characters whose lives are shaped as much by their rural landscape as by the moral ambiguities — the collective lies, constraints and collusions — that form the necessary glue holding their community together.

The book begins when its young narrator is sent to spend a summer with his grandmother. Alek is 12 years old and full of curiosity; Alma is eccentric in both appearance and manner, with hair growing beyond her waist to reach the floor, and memories that make her weep at night. "She was lonely, old and proud," Alek tells us, "not naturally given to much frolic."

Alma's past and her present are marked by a tragic explosion that occurred at the local dance hall in 1929, an event that scarred the small town and killed her beloved sister, Ruby. Alek's narration takes us back to that summer, to Alma's account of the explosion and subsequent fire: "how forty-two dancers from this small corner of the Missouri Ozarks had perished in an instant, waltzing couples murdered midstep, blown toward the clouds in a pink mist chased by towering flames."

Woodrell is a master of brevity, with an unparalleled ability to compact an entire existence into the fewest words possible. Sixteen lines tell the story of Dimple Powell, a young girl whose father finally agrees to let her go to the dance, accompanied by her older sister and brother-in-law. Later in the book, a little over one page is sufficient to tell the story of Ollie and his piano-playing sweetheart, Lucille, who for one night only, agrees to play with the dance hall's house band. And although these lives are succinctly told, there is nothing rushed or fleeting in Woodrell's prose — there is all the attention and nuance evident in his descriptions of the main characters, and yet the reader is left stunned at the deep sense of bereavement inspired by these lost lives briefly glimpsed. 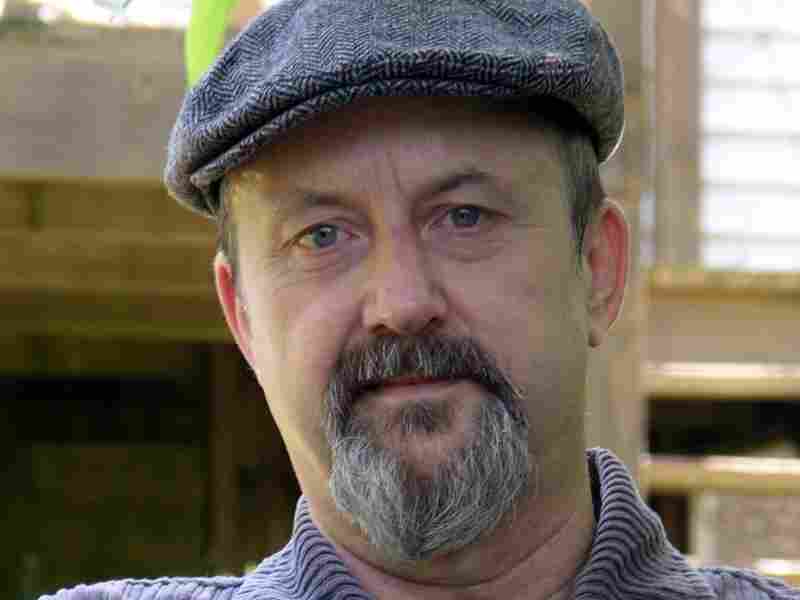 Daniel Woodrell is also the author of Winter's Bone, Tomato Red and The Ones You Do. Little, Brown and Company hide caption 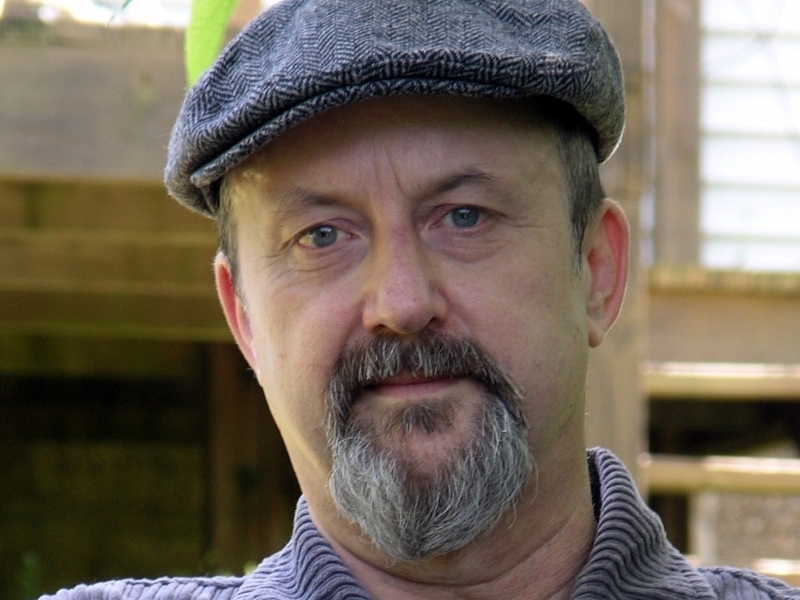 Daniel Woodrell is also the author of Winter's Bone, Tomato Red and The Ones You Do.

From very early on in the story, we know that the explosion was no accident, and that in the years to come a conspiracy of silence would deny the truth. But the mystery is not the heart of the book. Rather, it is Alma's grief that makes this a truly memorable read. With no education and a drunken husband, Alma is left with three hungry boys to feed. She makes her way by turn as "a laundress, a cook, an all-purpose maid. She ... earned but little, always one dropped dish and a loud reprimand from complete and utter poverty. She lived scared and angry, a life full of permanent grievances, sharp animosities and cold memories for all who'd ever crossed us, any of us, ever. Alma DeGeer Dunahew, with her pinched, hostile nature, her dark obsessions and primal need for revenge."

This fury, and the telling of the story to young Alek, brings to life the glorious Ruby, a woman whose "sass and vinegar" and refusal to live a life dictated by circumstance is in sharp contrast to that of her sister. When, following the explosion, the bodies of the dead are laid out in a school gym, Alma finds that she has no way of knowing which casket holds Ruby. And so she stops at each one: "she treated every box as though her sister was inside in parts or whole and cried to the last." Undone by grief, she has a breakdown and is sent to a work farm, a sort of rural mental institution, abandoning the one son still living at home, our narrator's father, John Paul.

As Woodrell tells Alma's grief, he draws a sharp portrait of rural America in the years of the Great Depression. There is a clear sense of lives lived on the edge of destitution, and of the hardships to come. We witness Alma announcing to her sons that "there's gonna be supper" when she has managed to bring home stolen food: bones scrapped from the leftovers on the plates of her employer's children.

Meanwhile, the same employer (who is, coincidentally, Ruby's sometime lover) is credited with sparing the town's more affluent citizens the worst of the economic woes of the time through clever banking, while Alma and her kind are left to rely on each other — if they are lucky enough to have anyone to care for them.

'Winter's Bone' Author Revisits A Tragedy In His Ozarks Hometown

While these injustices of class permeate almost every encounter and interaction in this community, there is also boundless generosity — such as the care the young abandoned John Paul receives from the old immigrant Russian couple who take him in when his mother's incarceration leaves him homeless, or the sanctuary he finds in the school room. Throughout this remarkable book, Woodrell is an unsentimental narrator of an era that is rendered both kinder and infinitely less forgiving than our own. The author does not pass judgment, but the reader is left in no doubt that, regardless of the injustices that let a crime go unpunished, the lost live on, as long as there is someone to hear the story, and to tell it.

Read an excerpt of The Maid's Version