Accessibility links
This Football Season, Grab Some PB&J And Spread Your Wings It's a flavor combination that blends the familiar with the caveman and is a favorite of the patrons at Sunny Anderson's local bar in Brooklyn. 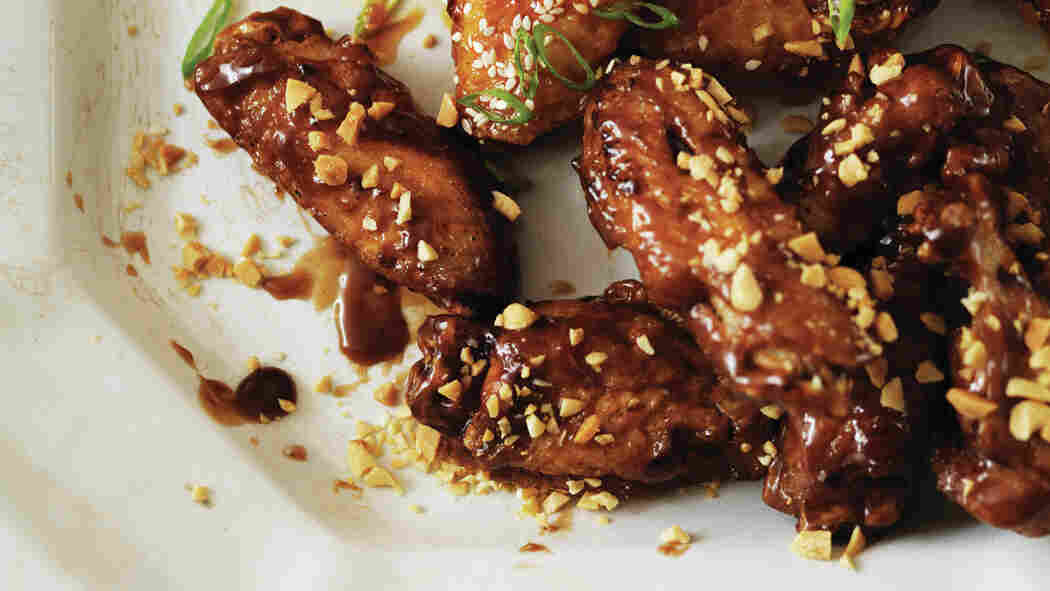 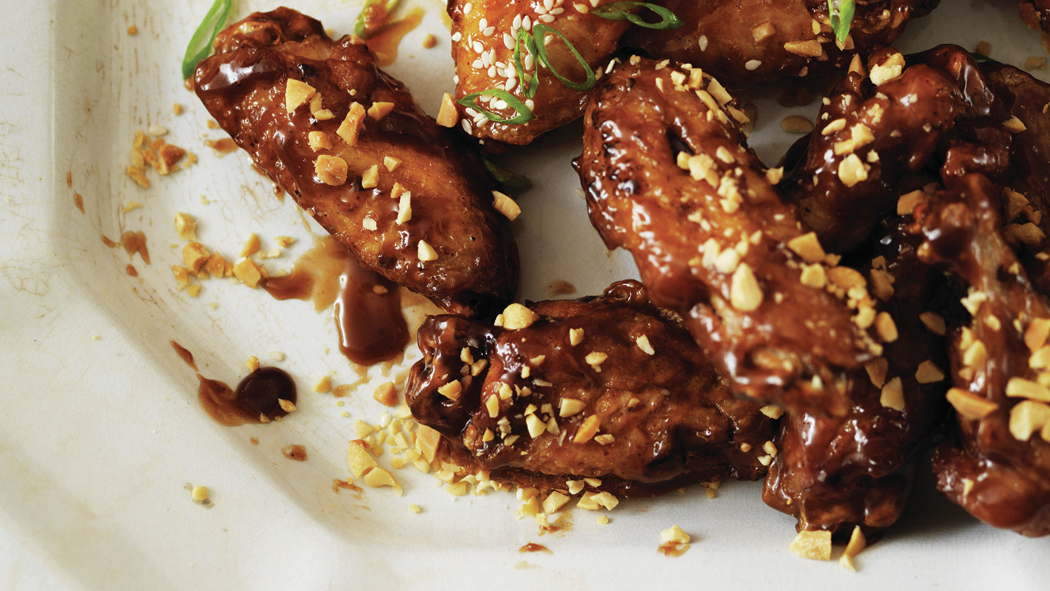 Sunny Anderson came up with the recipe when trying to find new flavor combinations for chicken wings.

The regular NFL season has officially started, which — for many viewers — means hours of excitement (and angst) fueled by chips and dip, sliders, nachos and, of course, chicken wings.

Sunny Anderson, a personality on the Food Network and author of Sunny's Kitchen: Easy Food For Real Life, is a big fan of wings.

"Wings are great because they're primal. First of all, you're eating with your fingers; you're gnawing meat off the bone, you know what I mean, and there's a good meat-to-skin ratio," she says. 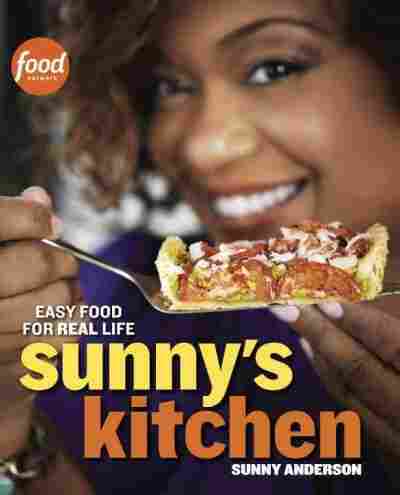 At game time you could reach for the standard spicy buffalo wings or sweet and smoky barbecue wings. But Anderson has created a surprising twist on the original: Spicy Peanut Butter and Jelly Wings.

"It sounds very comforting and sweet and calm, but you're going to tear into it like an animal because it's a wing," she says.

Anderson had previously experimented with a number of peanut butter and jelly recipes and came back to the flavor combination when she was thinking of new ways to do chicken wings. To make the sauce, she combined smooth peanut butter with a little soy sauce to make it salty, added sriracha for spice and turned to grape jelly and coconut cream for the sweetness.

"[I add] a little bit of water to kind of loosen it up so you can toss the wings in it. This is as simple as it gets," she says.

She took the PB&J batch along with a few other different wing varieties to her unofficial test kitchen — Feeney's, a bar on the corner of her block in Brooklyn.

"They're very honest — probably because they have a couple drinks in them," she says. "Before I knew it, everyone was raising their hands and saying, 'These are the wings — these right here.' And when I told them they were peanut butter and jelly wings ... the bar went crazy."

Anderson knew she had a winner that could please almost any football fan.

"These are already tried and true and tested on a bar full of men that are drunk," she says, laughing. "Ladies, follow me to the promised land."

A sweet peanut butter and jelly glaze on the lighter side of spicy is just enough to make you want more and forget about two slices of bread.

3 pounds chicken wings, whole or separated as you like

Place the wings on a baking sheet and season both sides with salt and pepper.

Pour the flour in a paper bag or large bowl and toss the wings in batches, then place on a wire rack set inside a baking sheet or on the counter.

For the sauce, in a small pot over medium heat combine the peanut butter, sriracha, soy sauce, jelly, and coconut cream. Slowly whisk in the hot water to loosen the mixture. Bring the sauce to a simmer, then whisk as it thickens, about 5 minutes. Taste and season with a pinch of salt, if needed, and a few grinds of black pepper.

For the wings, pour enough oil in a Dutch oven, large pot, or fryer to deep-fry, about 6 inches, and heat to 360 degrees. When you add your wings, the temperature will settle at 350 degrees. Try to keep it there by adjusting the heat. Fry the wings in batches until golden brown, 12 to 14 minutes. Drain on paper towels.

Place some of the sauce in a large bowl and toss the wings in batches, adding more sauce to thoroughly coat. Then place the wings on a serving tray and sprinkle with chopped peanuts. Serve warm.