Accessibility links
School Districts Struggle To Get Principals To Stay Put As the school year begins, many principals are leading their schools for the first time. Keeping principals is a problem in many schools, and high-poverty, urban districts often have particularly high rates of turnover. Some experts say that revolving door can hurt student achievement. 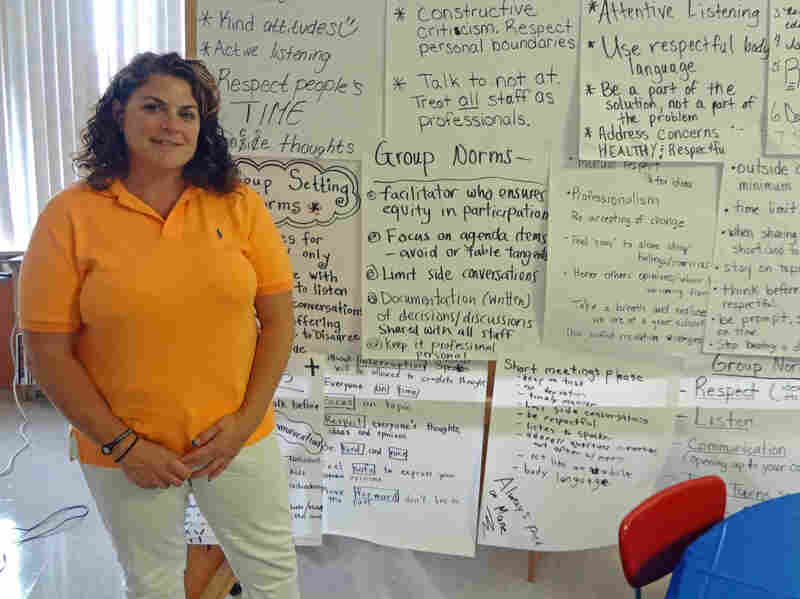 Lila Hillman is starting her first year as principal at Milwaukee Parkside School for the Arts in Wisconsin. Nearly one-fifth of the city's public schools have new principals this year. Erin Toner/WUWM hide caption 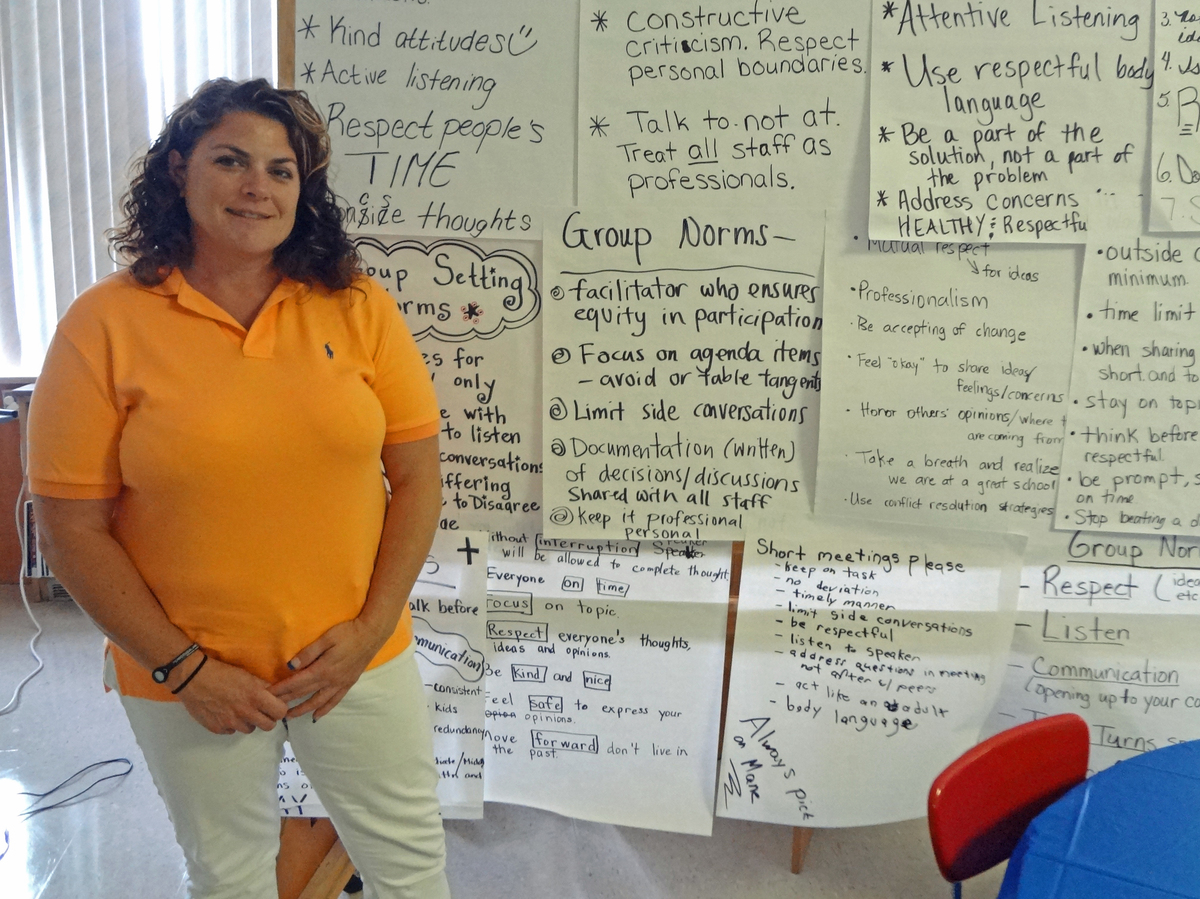 Lila Hillman is starting her first year as principal at Milwaukee Parkside School for the Arts in Wisconsin. Nearly one-fifth of the city's public schools have new principals this year.

At Milwaukee Parkside School for the Arts on the south side of Milwaukee, kids are back in class and getting their bearings in the sprawling building. So is Lila Hillman, the school's brand-new principal. She has to figure out where everything is, who everyone is, how to run a school — and how to answer everyone's questions.

As Hillman walks through the halls, one teacher wants to know where to hang a cutout of a tree trunk. A few steps later, a janitor asks why all the lights went out in the school the night before.

Even though the job at Parkside, a kindergarten through eighth grade school, is demanding, Hillman says it feels right to her. The mother of two was a middle-school teacher for 10 years and an assistant principal for seven.

"I wanted to wait until I really felt I was ready for it, because it is a major responsibility," she says. "And until I felt that I could take all that on, I really didn't want to do it. I think I'm ready."

Across the country, schools are increasingly churning through principals — and the problem is worse in urban districts with dwindling resources. Nearly one-fifth of Milwaukee's public schools are breaking in new principals this year.

Julia D'Amato retired after 10 years leading a college-prep high school in Milwaukee. "It's an impossible job," she says. Principals, she says, are often overwhelmed by the mounting responsibilities of the job and by policies that can change at the whim of superintendents or politicians.

And D'Amato says principals, especially in high-poverty schools, always have problems they can't solve. "There were kids that had health concerns that weren't being addressed because their parents had no insurance," she says. "There were people who had mental concerns that nobody was addressing. We didn't have the resources."

Beyond social challenges, Gregory Thornton, superintendent of Milwaukee Public Schools, thinks a relentless focus on testing and accountability is making the job much less attractive. He ticks off a list of responsibilities for today's principals:

California Upends School Funding To Give Poor Kids A Boost

Crowdsourcing Ideas For A Better School

"And then the ultimate for us is, I'm looking at retention," he continues. "Are parents feeling comfortable enough to bring [their children] back?"

"Part of the reasoning behind that finding is that you need a principal there who knows the families, who knows the community, who knows the students and has time to build a strong, positive culture focused on learning," Fuller says. "And when you have high turnover, those things just don't play out very well."

Fuller, also an associate professor with the College of Education at Penn State, says that if you can't pay principals any more — and most school systems can't — then you have to build a better working environment. In Milwaukee, Hillman is getting help with her environment via the school district, which is providing mentor principals to guide her.

"For example, [with] the budget, or who to call if there's a problem with the lawn mower kind of thing," Hillman says. Just knowing that she's not being thrown into the job with no guidance "has been very helpful," she says.

Right now, Hillman says, she's trying not to focus too much on test scores and accountability. She wants to support her teachers, hoping that high student achievement follows.