Accessibility links
Colorado Voters To Decide 2 Lawmakers' Fates In Recall Elections The Democratic senators were targeted by gun rights activists after sweeping gun control laws were passed. The elections have attracted donations from major players across the country. 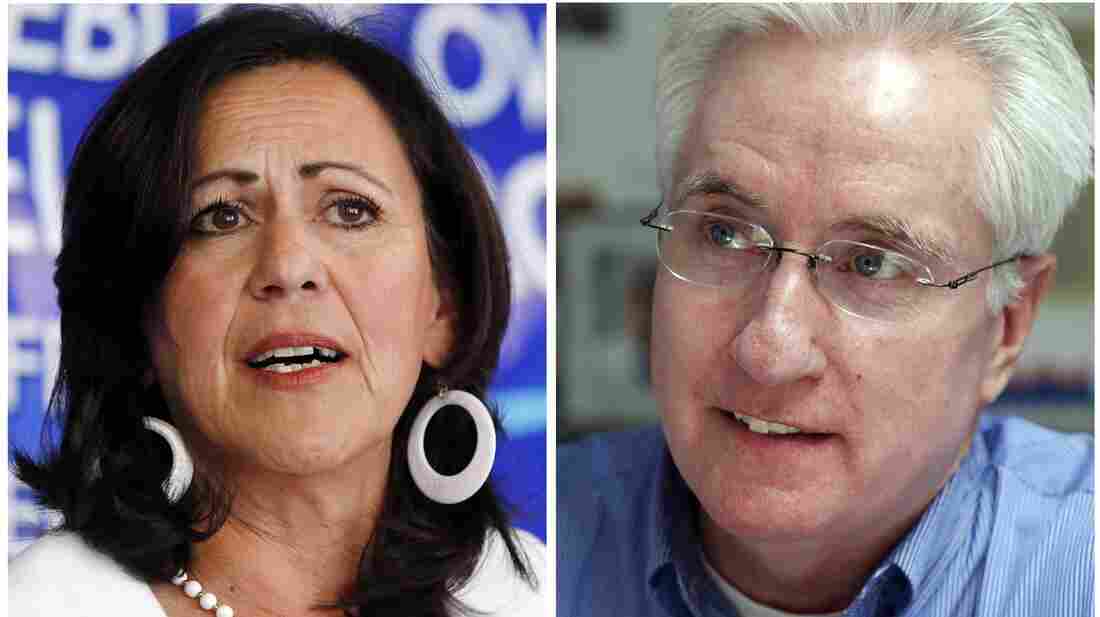 State Sens. Angela Giron and John Morse, both Democrats, face recall elections Tuesday. The battle in Colorado has attracted major players from across the nation, reflecting the sustained intensity over the issue of gun rights. Ed Andrieski/AP hide caption 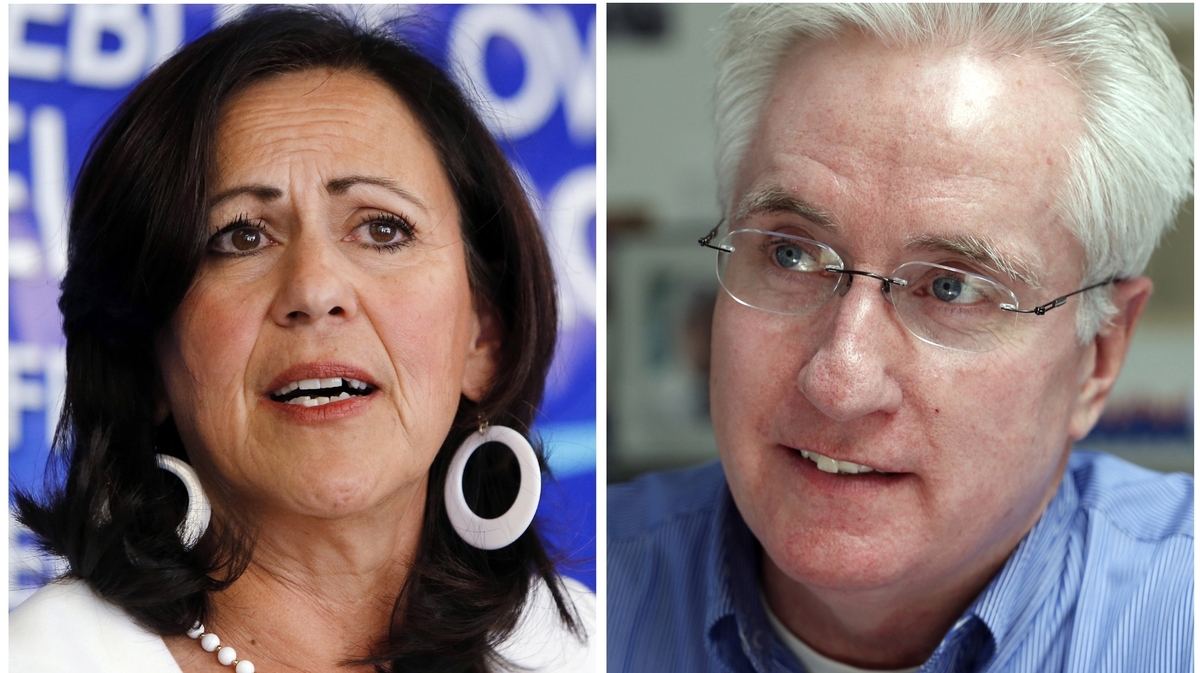 State Sens. Angela Giron and John Morse, both Democrats, face recall elections Tuesday. The battle in Colorado has attracted major players from across the nation, reflecting the sustained intensity over the issue of gun rights.

The recalls follow a combative and bitter legislative session. Among the most controversial measures passed were universal background checks and limiting high-capacity magazines to 15 rounds.

"They blamed Colorado gun owners for a tragedy they did not commit," says Dudley Brown, the executive director of Rocky Mountain Gun Owners. His group lobbied heavily against stricter gun laws and is leading the charge to strip Democrats from power.

"They have reached so far and so deep in gun control that I believe they're seeing a rebellion," Brown says.

Giron is adamant Colorado lawmakers did the right thing. "We're trying to keep the guns out of the hands of felons — that's what a background check for everyone does. And that police officers carry a 15-round mag. Obviously a reasonable amount," she says.

Even if the recalls are successful, it won't change gun policy. Democrats would still hold a majority in the state Senate and have pledged not to loosen any gun laws. Critics say the recalls are a waste of money.

Giron is up for re-election next year and Morse will be out of office because of term limits.

"Most people believe very strongly that recalls ought to be reserved for removing somebody from office that needs to be removed because of a character flaw, or because of criminal activity or unethical activity," Morse says. "Not because they disagreed with the way they voted. That's democracy and that's what elections are for."

Morse spends several hours each day going door to door to make his case against the recall. He is in a competitive district made up of Democrats, Republicans and unaffiliated voters.

While Democrats say most voters support the gun laws, Morse expects a close election. Both sides of the gun debate see it as a barometer for how far a purple state can push gun policy without facing a backlash.

John Straayer, a political science professor at Colorado State University, says Republicans are hoping to use the recall races to gain momentum heading into the 2014 elections.

"They've become the focal point, sort of the lightening rod for a lot of anger and frustration. We had here in Colorado Republican domination of the Legislature for 40 years. They lost that in this last decade, and I don't think they've gotten over that," Straayer says.

"People are rising up to take back their state and hold those elected officials accountable," says Jennifer Kerns, a spokeswoman for the recall campaign against Morse.

She says Democrats overreached. If enough voters agree, two state lawmakers will be ousted for the first time in Colorado's history.