Accessibility links
Teen Boys: Mean or Misunderstood? The world of boys can often be mysterious, especially when they aren't too eager to share what's going on. Now a new book called Masterminds and Wingmen explores the way boys communicate. Host Michel Martin speaks with a roundtable of parents about the challenges of raising teenage boys. 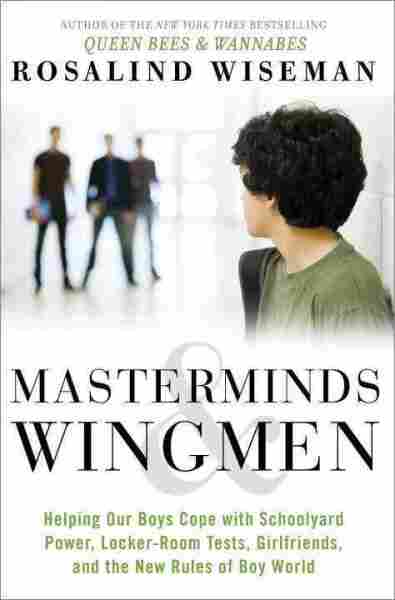 On Stalling The "Car Talk"

"Many people like me, myself included, have been saying to parents, 'Oh when you get your kid in the car, you should be having these really deep meaningful conversations.' What I didn't realize was the boys really felt like they were getting interrogated the moment they got into the car. So we need to give them some space to decompress."

On Whether Silence Feeds Slurs, Racism

"For so many boys especially in positions of race privilege or gender privilege for something or another reason, there is a feeling of 'I get to do whatever I want because the other person is not telling me that this is a problem. So I'm just going to keep going. And the more they are silent, the more right I have or the more justification I have that if they ever say something to me, I get to blow it off even more.'"

"In moments of conflict, what happens is that --based on your position in the group-- you feel more or less comfortable speaking truth to power. And that is extraordinarily important ... when you're a teenager at a party and you see something going wrong, very wrong; and it's your friends who is perpetrating it, that you are actually preconditioned not to say anything because you have, for years, not been saying things when you don't like what he's doing. Or you believe that if you try and speak your truth, you'll be ridiculed or dismissed."

On Whether To Encourage Passion For More Than Sports

"Overall, girls are given much more license and freedom to be public about their passion about things. Boys can be passionately public about fantasy football...But it's not okay in many different ways for boys, it's this feeling of 'If I speak out about something I'm passionate about, I will be ridiculed or dismissed. Or I will be emasculated.'"

Read an excerpt of Masterminds & Wingmen