Accessibility links
Four-Legged Impostors Give Service Dog Owners Pause People who lack special needs but simply want to keep their pets with them all the time can easily find fake "service animal" certifications on the Web. But those phony credentials can create problems for people with disabilities who legitimately need trained service dogs. 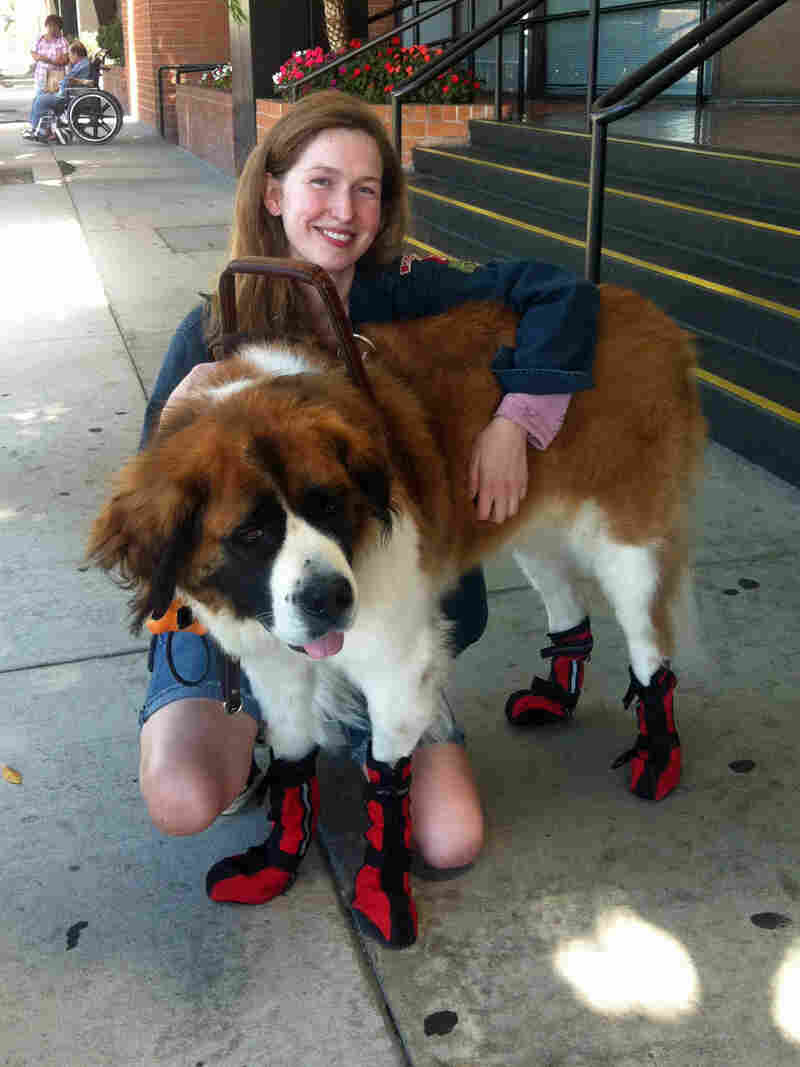 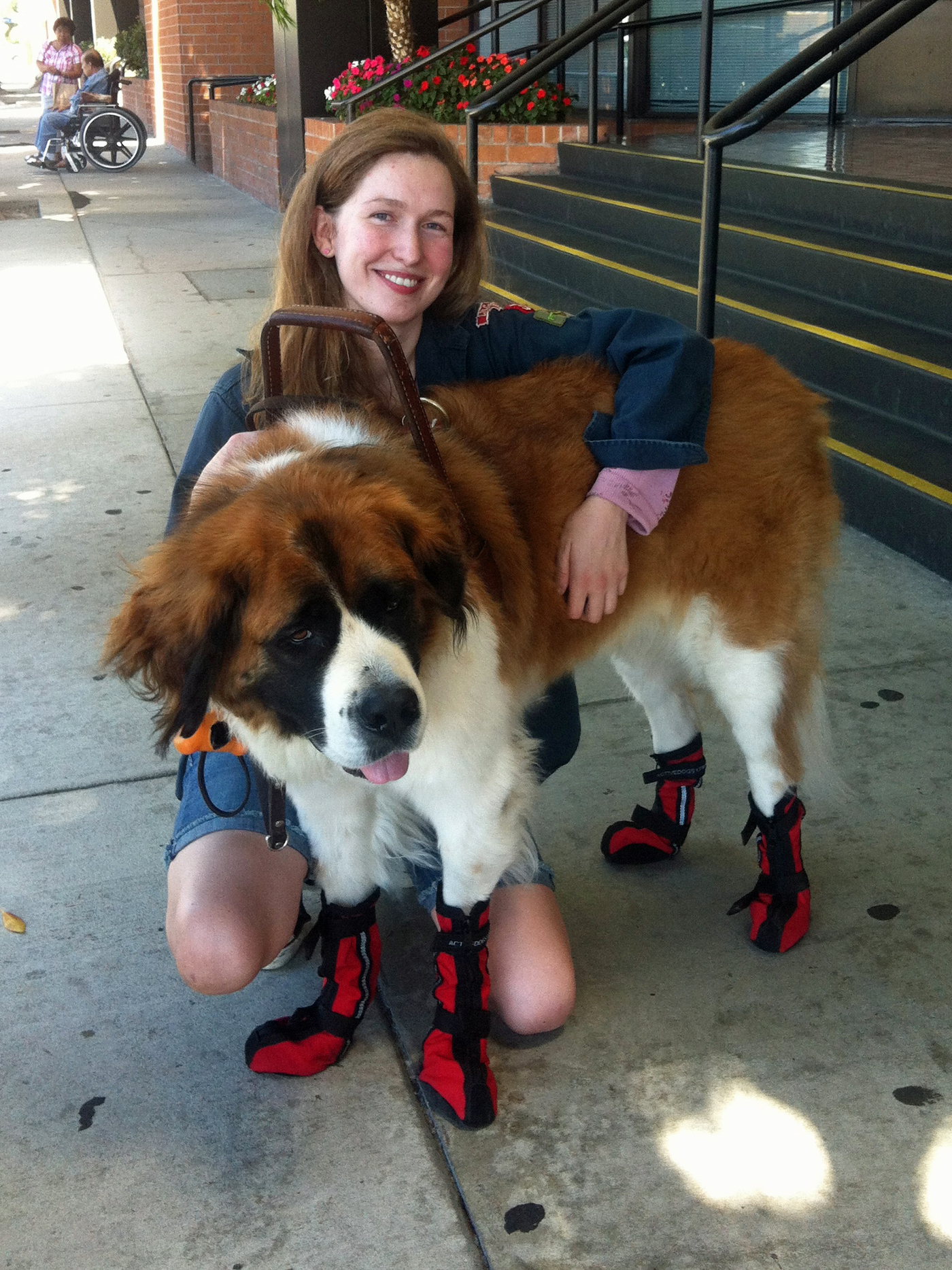 Lauren Henderson goes everywhere with her service dog Phoebe — to the grocery store, Disneyland, the beach. For Henderson, who used to be paralyzed, her 100 pound, lumbering Saint Bernard is a necessity.

An actor who lives in Malibu, Calif., Henderson uses her dog for stability and balance. And if she falls, Phoebe helps pull her back on her feet.

Lately, Henderson has noticed more dogs wearing vests that label them as service animals, but she can tell they're different from Phoebe. They'll shake, pee, bark incessantly or growl at people.

"I know how service dogs are trained, though, and I know the behavior they're meant to display in public and definitely are not," she says. "And that's not a service dog."

A service dog is highly trained to perform a specific task for its disabled owner. It's different from a therapy dog, which comforts the sick and elderly, or an emotional support animal, which soothes anxiety.

But a dog wearing a vest might not be any of those things. For people wanting to take their pets wherever they go, a brisk business has developed in the sale of bogus service animal certificates and vests.

Tim Livingood runs one of many websites that sell certification paraphernalia. For $65, customers can procure papers, patches and vests to make their dogs look official. They can even buy a prescription letter from a psychiatrist after taking an online quiz.

The laws are broad enough to allow that, Livingood says. While his business, the National Service Animal Registry, sounds official, he says government-sanctioned registration agencies do not exist — federal law does not actually require registration or identification patches. Property managers or airlines cannot mandate that service animals come with patches, and they can't ask owners to produce ID cards.

Joanne Shortell, who has a service dog, works to educate people about their rights to have service animals. And there's a lot of confusion, she says. Animals are helping more people cope with a range of illnesses and disabilities, but the terminology and web of access rights make it almost impossible to sort out the frauds from the legitimate helpers.

A Loose Definition Of 'Service Animal'

"We don't have any clue how many fake service dogs there are because a lot of the real service dogs look like fake service dogs," she says. "A lot of people assume when someone walks in with a toy poodle in their arms with a little tutu on it that it can't be a service dog, but it can."

In California, where pretending your dog is a service animal is punishable by a fine or imprisonment, the state's Board of Guide Dogs for the Blind helps cut through the confusion.

"I had a restaurant owner ask me once if a guide dog would sit on the lap of a customer," says Antonette Sorrick, the agency's executive officer. "A guide dog will never sit on the lap. That's not what they're trained to do."

But Henderson says the pretenders are making it harder for service dogs like Phoebe, the Saint Bernard, to do what she was trained to do: help Lauren Henderson get around. "It makes service dogs look bad," she says. "Everyone thinks I'm a faker now."