Accessibility links
Interview: R.J. Palacio, Author Of 'Wonder' A chance encounter with a little girl in an ice cream store inspired R.J. Palacio to write a novel about a boy born with distorted facial features. She says it got her thinking about what it's like to "have to face a world every day that doesn't know how to face you back." 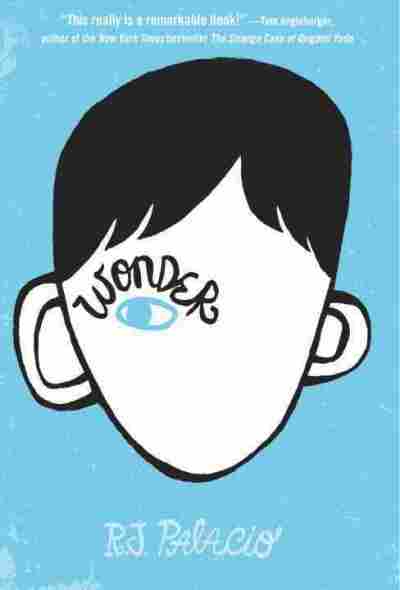 In Wonder, R.J. Palacio tells the story of Auggie, a tough, sweet, 10-year-old boy, who was born with distorted facial features — a "craniofacial difference" caused by an anomaly in his DNA.

Palacio tells NPR's Michele Norris that the book was inspired by a real-life encounter with her own kids six years ago. They were at an ice cream store and sat next to a little girl with a severe facial deformity. Palacio's 3-year-old son cried in fear, so the author grabbed her kids and fled. She was trying to protect the girl but also avoid her own discomfort.

"I was really angry at myself afterwards for the way I had responded," she admits. "What I should have done is simply turned to the little girl and started up a conversation and shown my kids that there was nothing to be afraid of. But instead what I ended up doing was leaving the scene so quickly that I missed that opportunity to turn the situation into a great teaching moment for my kids. And that got me thinking a lot about what it must be like to ... have to face a world every day that doesn't know how to face you back."

Palacio started writing the book that night. She says Auggie's character came to her fully formed. The book opens as he enters school and the story unfolds from several points of view — we get the perspective of his sister, his parents, his best friends, the do-gooders and the mean kids. One of Auggie's teacher challenges the kids: "When given the choice between being right, or being kind, choose kind."

And at the center of all these stories is the same challenge Palacio faced back at the ice cream store: how to confront the discomfort around difference; how to "choose kindness."

The book has made an impact. Wonder has been a best-seller, and the book has been embraced by towns, schools and the craniofacial community. The books has inspired readers to write songs, poems, chapters from different points of view; send cards; and even celebrate Auggie's birthday. Palacio is humbled by the reaction. 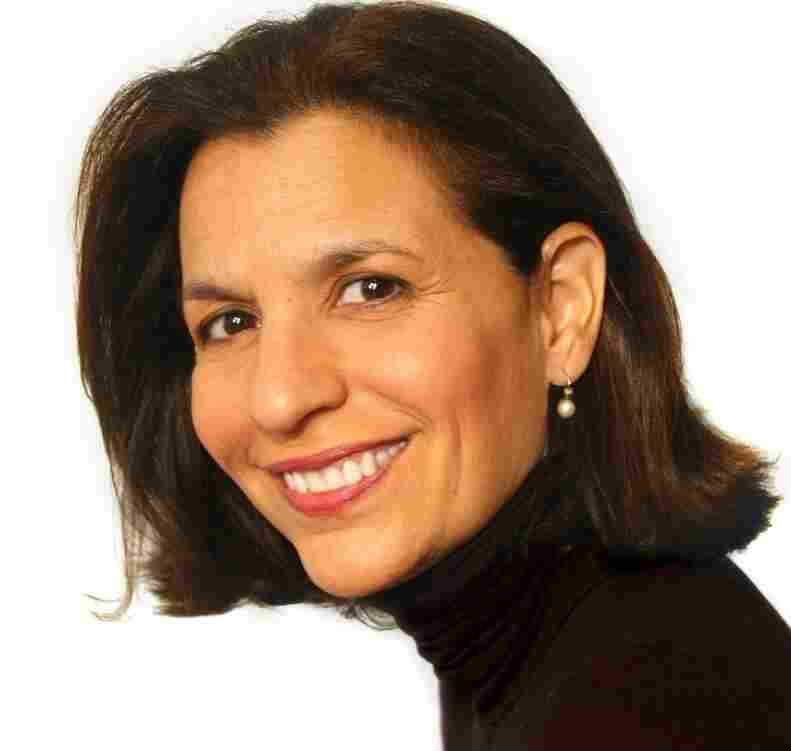 Before she published her first novel, Wonder, R.J. Palacio was a book jacket designer. (She says she didn't design the cover of Wonder but she absolutely loves it.) Russell Gordon/Random House hide caption 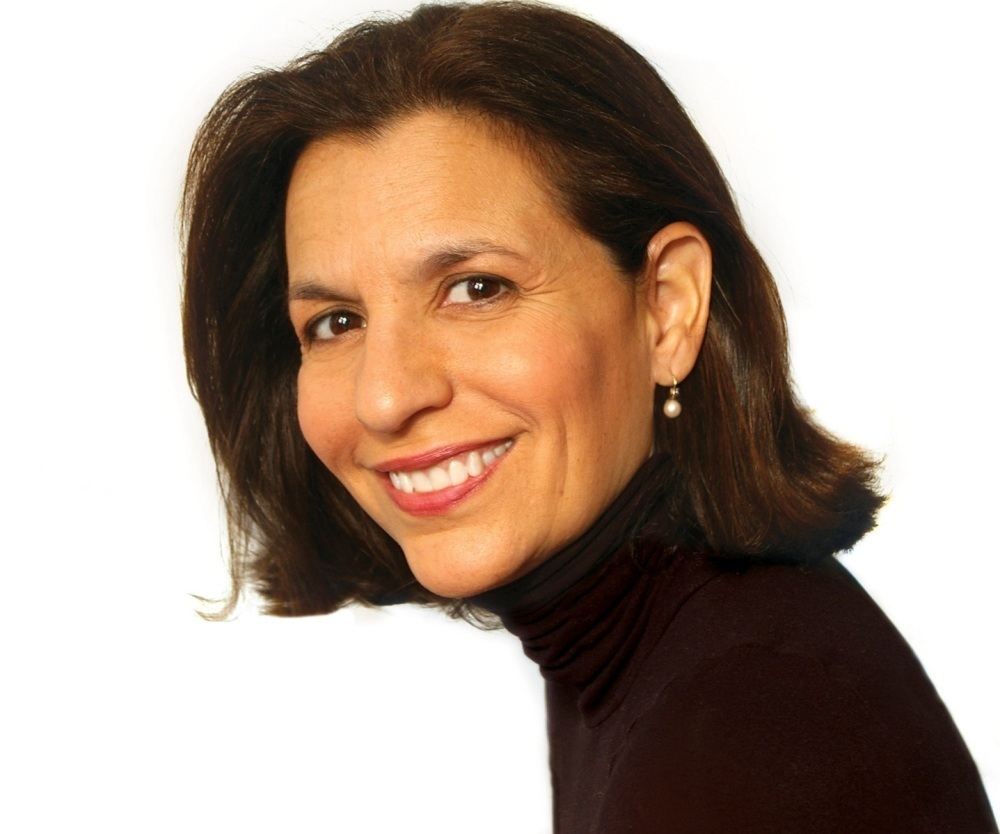 Before she published her first novel, Wonder, R.J. Palacio was a book jacket designer. (She says she didn't design the cover of Wonder but she absolutely loves it.)

On how surprised she was by the movement Wonder sparked

Little did I know — I mean the "choose kind" quote was not mine. It's one that I heard a couple years ago, by [author and motivational speaker] Wayne Dyer, and I put it in there because I think it's such a beautiful quote, and it's so true. And it's something that really resonates with kids, because they kind of get it right away. You know, sometimes because especially at that age, you're in an argument with a friend and you know you're right, [but] you need reminding that ultimately the important thing is to choose to be kind, not choose to be right.

Summer is a character who is in the fifth grade and befriends Auggie almost from the instant she meets him. There's no one sitting with him at lunchtime, and she feels sorry for him. So that's why she's motivated to sit down with him, but she soon realizes that he's just a great kid, he's a fun kid, he's really funny. ... So she might've felt sorry for him the first day, but after that she decides to sit down with him at lunchtime — that's their little time together — because she really just likes his company.

For October, we'll be reading Plunked by Michael Northrop. It tells the story of sixth-grader Jack Mogens, who must work to overcome his fears after he gets hit by a pitch in a baseball game. Please send us your questions for Northrop. You can also tweet your questions to @nprbackseat.

On the difference between Summer and Charlotte, another girl at the school

So, Summer epitomizes that idea of choosing to be kind. Charlotte, on the other hand, is a character who is asked to befriend Auggie and she does, but in a very distant way. She never really goes out of her way to be friends with Auggie. She's friendly enough, but always kind of from a distance. She'll wave at him, she'll say "Hey Auggie," she's not one of the kids that's mean to him, but she never really pushes herself to do anything other than be friendly. So to me she kind of symbolizes the whole notion of ... there's a difference between being nice and choosing kind. ... I wish with all my heart that I could say that I would have been like Summer but, if I'm completely honest, I would say I was probably more like Charlotte when I was that age. I probably would have been nice — I know I was never mean — but I don't think I went out of my way to be as kind as I could have been.

Hear Another Interview With Palacio

On an email she got from a 91-year-old woman

She wrote to say that, you know, she's had a wonderful life, but when she read Wonder she was reminded of something that had happened to her in a lunchroom when she was 13 years old, where some girls were somewhat cruel to her. I read it to kids when I speak to them, because it reminds them just how much their actions are remembered by people, and do you want to be remembered eight decades later by someone for an act of unkindness or an act of kindness? Your actions are remembered, and you have the power to not only make someone's day but to change someone's life.

In a way it's a beautiful thing for me, because it seems like a chance for me to do over that one unfortunate situation that happened in front of the ice cream store. There's a certain act of atonement here, and the fact that maybe I'm helping this little girl, without her knowing, in some way because of Wonder — really, there's a nice little irony that is pretty special for me.

Read an excerpt of Wonder

Special thanks to Mrs. Roth and Mr. Atwell's fifth-grade classes at Hyde-Addison Elementary School in Washington, D.C., for helping us out this month.