Accessibility links
Tired Of Inequality? One Economist Says It'll Only Get Worse In his new book, Average Is Over, Tyler Cowen predicts that America will become a new, more creative meritocracy. Though he believes a rise in income inequality is inevitable, he hopes that "happiness inequality isn't going up in the same way." 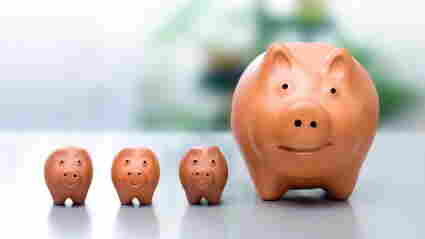 Economist Tyler Cowen has some advice for what to do about America's income inequality: Get used to it. In his latest book, Average Is Over, Cowen lays out his prediction for where the U.S. economy is heading, like it or not:

"I think we'll see a thinning out of the middle class," he tells NPR's Steve Inskeep. "We'll see a lot of individuals rising up to much greater wealth. And we'll also see more individuals clustering in a kind of lower-middle class existence."

It's a radical change from the America of 40 or 50 years ago. Cowen believes the wealthy will become more numerous, and even more powerful. The elderly will hold on to their benefits ... the young, not so much. Millions of people who might have expected a middle class existence may have to aspire to something else.

"Imagine a very large bohemian class of the sort that say, lives in parts of Brooklyn," Cowen explains. "... It will be culturally upper or upper-middle class, but there will be the income of lower-middle class. They may have lives that are quite happy and rewarding, but they may not have a lot of savings. There will be a certain fragility to this existence." 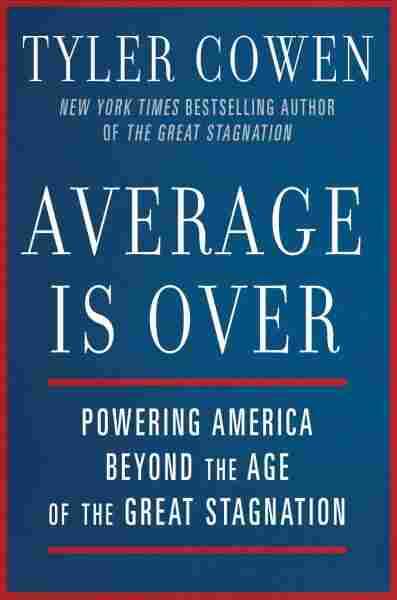 Powering America Beyond the Age of the Great Stagnation

Some people, he predicts, may just have to find a new definition of happiness that costs less money. Cowen says this widening is the result of a shifting economy. Computers will play a larger role and people who can work with computers can make a lot. He also predicts that everyone will be ruthlessly graded — every slice of their lives, monitored, tracked and recorded.

On how we'll all be rated, all the time

"Everything is rated. Everything will have a Yelp review. And if you're a worker, there'll be, like, credit scores. There already are, to some extent. How reliable are you? How many jobs have you had? Have there been lawsuits filed against you? How many traffic tickets? And I think we're also moving to a world where we measure much more precisely. But we as individuals will quite often find this oppressive."

"I think what will happen is, because we measure better and more over time, people who are truly talented will become millionaires much more easily. So I think we'll move from a country where instead of talking about the one percent, it will be the 15 percent, for instance. But there will be fewer second chances in this world, and that's what I think will be quite difficult."

On how it will be harder to recover from early failures

"I think what happens is when there's more and better measurement, it's like credit scores. Once you get a bad credit score, yes, it is possible to fix it, but as you probably know, it's pretty difficult. So I think it will reward people who are disciplined early in their lives, and that will help a lot of people, but it also will harm some others."

On what all this means for upward mobility

"I think for a lot of people, upward mobility will be much easier. We're seeing an enormous amount of global upward mobility that's quite rapid and quite sudden, and undiscovered individuals have a chance — using the Internet, using computers — to prove themselves very quickly. So I think the mobility story will be a quite complicated one. We'll have a kind of new meritocracy, but again, it will be a meritocracy, which will be oppressive and perceived as oppressive in some ways due to more rapid measurement and this requirement that the person in some way really prove himself or herself."

On returning to an era of inequality 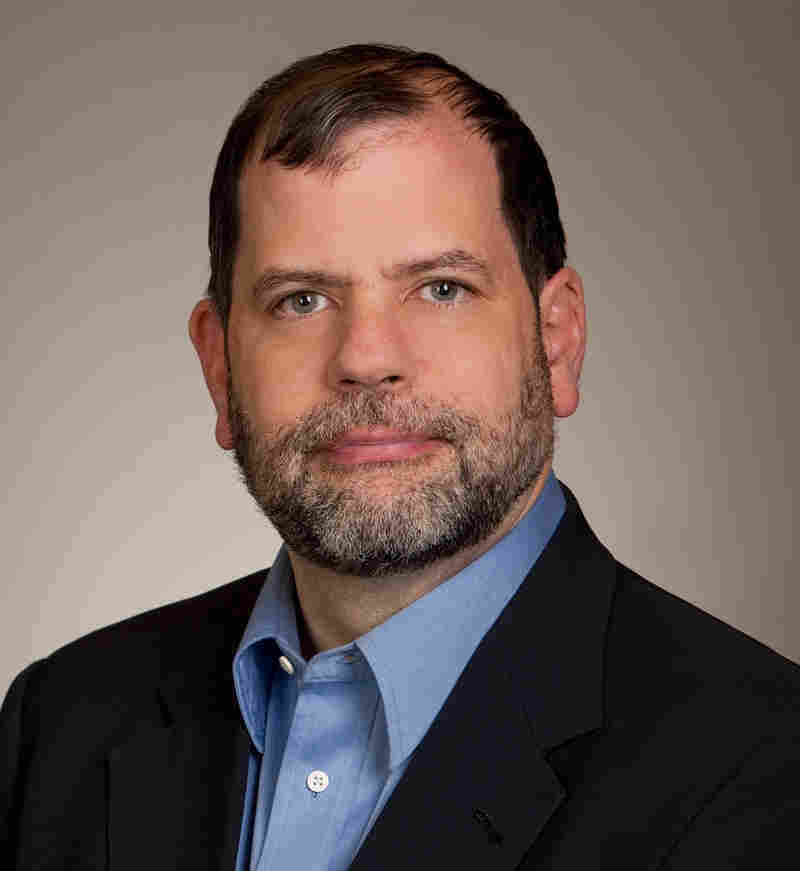 Tyler Cowen is a professor of economics at George Mason University. He is also the author of The Great Stagnation, An Economist Gets Lunch, Good and Plenty and Create Your Own Economy. He blogs at Marginal Revolution. Stephen Gosling/Courtesy Dutton Adult hide caption 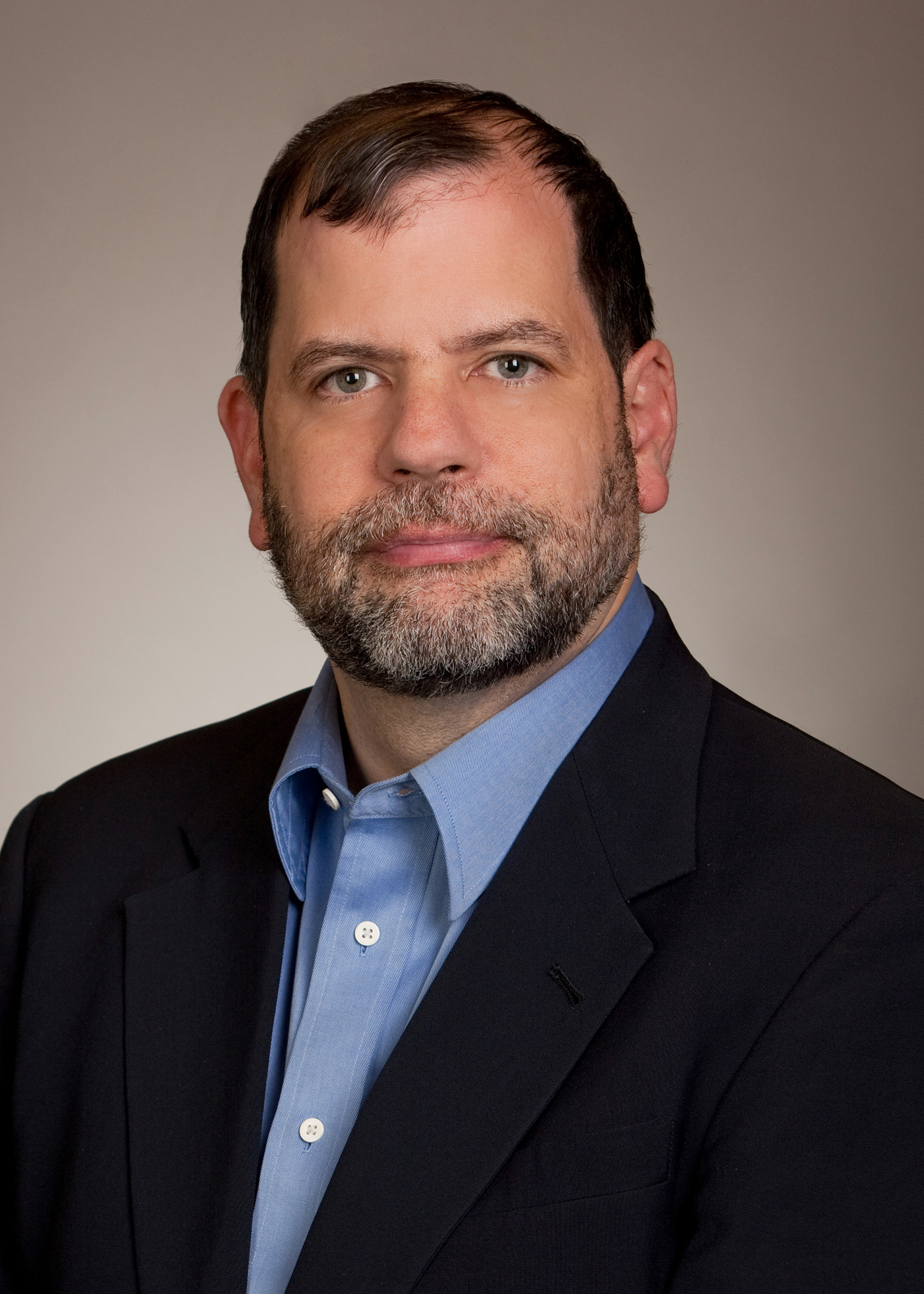 Tyler Cowen is a professor of economics at George Mason University. He is also the author of The Great Stagnation, An Economist Gets Lunch, Good and Plenty and Create Your Own Economy. He blogs at Marginal Revolution.

"It will be a very strange world, I think. We will be returning to historical levels of inequality. We'll view post-war America as a kind of strange interlude not to be repeated. It won't be the dreams that we all had that virtually all incomes go up in lockstep at three percent a year. It hurts to give that up. It will mean some very real increases in economic fragility for a lot of people."

On how this economy may encourage creativity

"I think it will be fantastically creative. I think a lot of people will be liberated from a lot of oppressive manufacturing jobs, or a lot of service jobs, because they'll be done by computers. There'll be the world's best education available online and free. I think there's a lot about this future that will be enormously, fantastically exciting."

"I absolutely do not want to give up. But if you ask the question 'Is the rise in inequality inevitable?' it probably is. The question is: What's the way to deal with that so that even when income inequality is going up, maybe happiness inequality isn't going up in the same way."

"I don't think that's true. But I think people who are not rich can be extremely happy. And I think the chances to be happy in this new world, with many more opportunities to be creative, to be online, to educate yourself — there'll be a lot more chances to be happy. It's not to say everyone will take them or be equipped to take them, but there will be a lot of new paths to opportunity."

Read an excerpt of Average Is Over