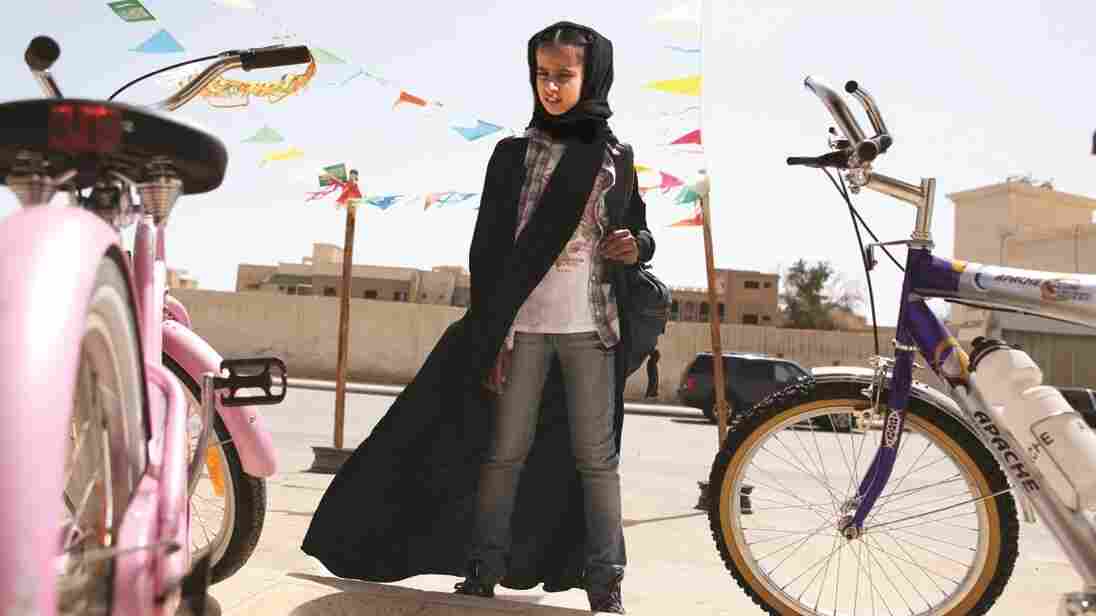 In Arabic (with subtitles) and English

Wadjda is the sort of lovable young hustler we've seen in scores of films — a 10-year-old who wants something and will lie, threaten and cajole to get it.

But Wadjda's familiar premise is transformed by its unexpected location: The movie's protagonist lives in Saudi Arabia, and what she wants, even if she doesn't exactly realize it, is freedom.

That's probably not how Haifaa Al Mansour would put it. As the first female director from a country that limits women's independence and barely tolerates cinema, Mansour has been careful not to portray the movie as in any way threatening to her slowly liberalizing homeland. (Women will soon be allowed to vote in municipal elections — if their male guardians approve.) Indeed, the writer-director has described her stance toward the Saudi system as "respectful."

Wadjda doesn't share her creator's deference. The girl (Waad Mohammed) listens to American pop rock, and under her black cloak she wears sneakers, blue jeans and an "I Am a Great Catch" T-shirt. Her best friend is a mischievous boy, Abdullah (Abdullrahman al Gohani), and her relationship with both her parents is warm.

Wadjda is closer to her mother (Reem Abdullah), true, in part because Dad works at a distant site and is rarely home. She's also inclined to take Mom's side in an ongoing family dispute: His wife has not produced a son, so Dad is being pressured to take a second bride.

The girl's immediate focus, however, is something simpler. She wants a bike so she can race Abdullah. She's already picked out a snazzy green number and has warned the shopkeeper not to sell it to another kid. The merchant, and nearly everyone else to whom Wadjda confides her dream, tells her that girls don't ride bicycles. 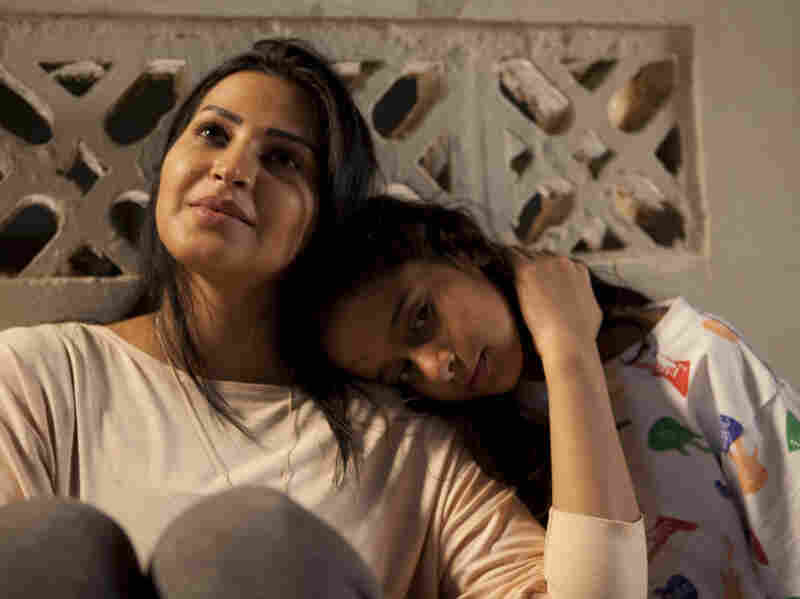 Wadjda's mother (Reem Abdullah) has her own worries — not least the friends and relatives pressuring her husband to take a second wife. Tobias Kownatzki/Razor Film/Sony Pictures Classics hide caption 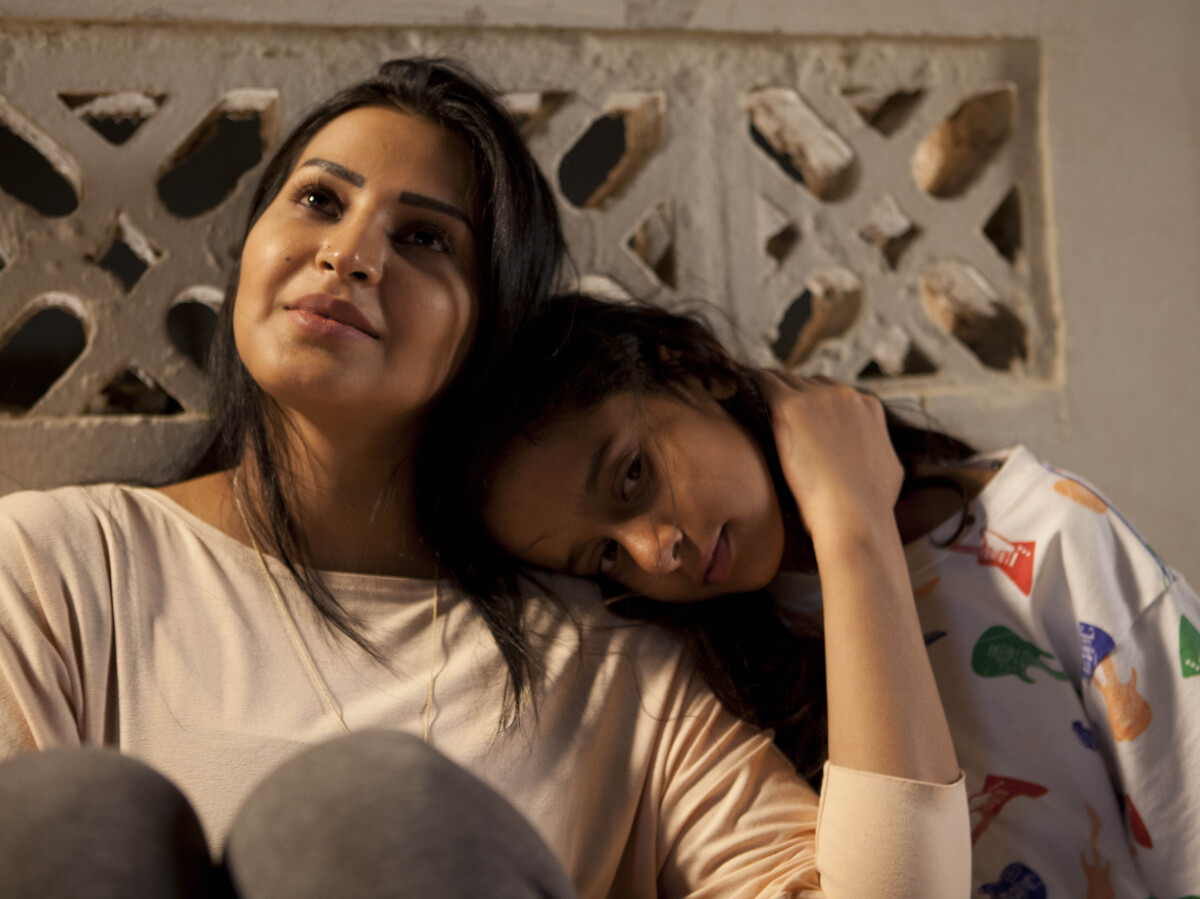 Wadjda's mother (Reem Abdullah) has her own worries — not least the friends and relatives pressuring her husband to take a second wife.

To earn the riyals to buy the bike, Wadjda sells handmade bracelets and collects fees for exchanging notes between men and women. But those activities won't raise enough. Then comes news of a contest with a hefty prize. All that's required is mastery of something Wadjda has previously ignored: chanting the Quran.

Determined as always, Wadjda becomes intent on winning. Yet even if she does, she could still face disappointment. The girl might be thwarted by her nemesis, the fashionably dressed but traditionally minded school principal, Mrs. Hussa (played by the single-named actress Ahd).

The two antagonists are well-matched — Hussa tells Wadjda that she was once much like her — and so are the actresses who play them. Wadjda is partially modeled on the director's niece, but she's animated by Mohammed, who's both lively and sly, with flawless timing. Ahd, one of the movie's few professional performers, deftly embodies a sophisticated woman who has accepted her limited place in Saudi society.

The movie's ending strikes a canny balance between girlish fantasy and grown-up reality. It's upbeat, but with a somber undertone that acknowledges nothing fundamental has changed.

Wadjda offers an interesting contrast to films made in Iran. Where the latter country has a long cinematic tradition, Mansour's is the first feature shot entirely in Saudi Arabia. The kingdom has no movie theaters, and Mansour had to direct her outdoor scenes by walkie-talkie from inside a van, since she couldn't allow herself to be seen on the street. Yet Wadjda portrays women and girls as they actually dress at home and at school, without cloaks and headscarves — something Iran's censors wouldn't allow.

The movie will see only a limited release in the United States, of course, but then Americans aren't its only target audience; Mansour, who lives in Bahrain with her American husband, has said she hopes her movie will be shown on Saudi TV. If so, this quiet film could become something of a cultural thunderclap. (Recommended)