Accessibility links
6 Lessons From The Colorado Gun Wars There's still a big gap in the level of intensity between gun groups and gun control advocates. 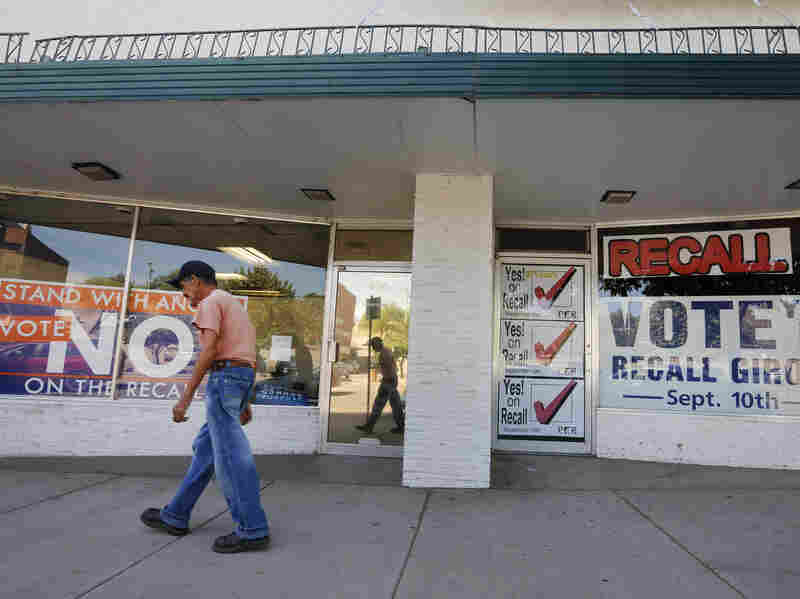 A man walks past a Democratic campaign office (left) and a pro-gun-group's office, which display signs against, and in favor of, recalling Democratic state Sen. Angela Giron, on the day of the Sept. 10 recall vote in Pueblo, Colo. Brennan Linsley/AP hide caption 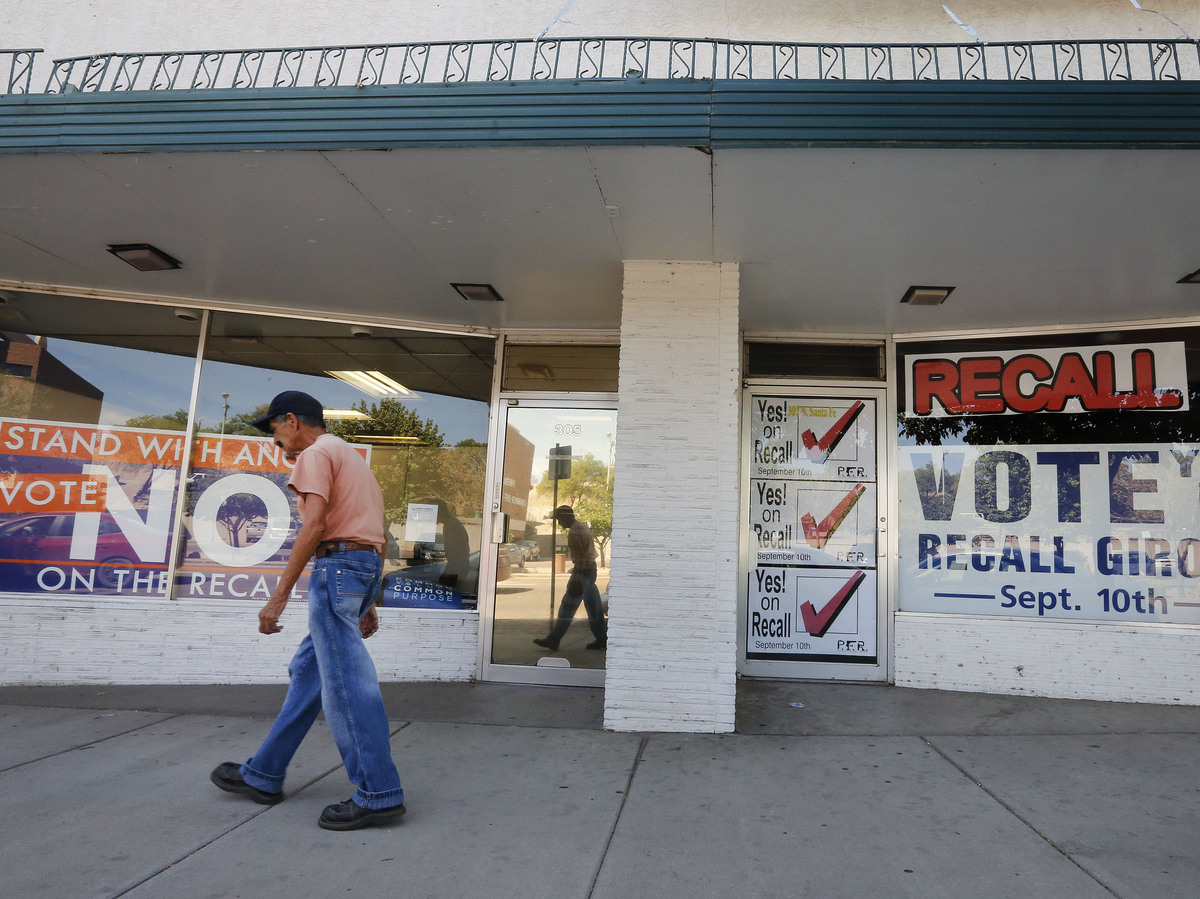 A man walks past a Democratic campaign office (left) and a pro-gun-group's office, which display signs against, and in favor of, recalling Democratic state Sen. Angela Giron, on the day of the Sept. 10 recall vote in Pueblo, Colo.

In Colorado this week, the National Rifle Association and other gun rights groups helped oust two state senators — both Democrats — in contentious recall elections prompted by their support of a package of gun control laws the Legislature passed earlier this year.

The recalls weren't an easy lift. One of the targets was the state Senate president, John Morse, and the other, Angela Giron, represented a very solidly blue district.

1. The Limits Of Tragedy

Even in a state that has seen two of the most horrific mass shootings — Columbine (1999) and Aurora (2012) — the gun control issue remains fiercely divisive and a topic that is far from settled. The new Colorado laws, which remain on the books, are popular with the general public. But this is a Western state with a strong gun culture. Those voters are active and motivated — and committed voters trump public opinion, especially in a low-turnout, summertime special election.

The election was widely seen as a proxy battle between the National Rifle Association and the new group created by New York City Mayor Michael Bloomberg called Mayors Against Illegal Guns. In fact, Bloomberg contributed $350,000 to try to defeat the recalls. There was plenty of outside money spent in the fight: Denver political analyst and pollster Floyd Ciruli said the airwaves were so saturated with ads it felt like the frenzied height of a presidential election in parts of this battleground state. Gun rights groups were significantly outspent, explains Ciruli, but carried the day mostly through a very effective grass-roots campaign.

While Bloomberg's money is a boon to gun control efforts, in some parts of the country his mere presence provides the opposition with a powerful motivational talking point. Dudley Brown, president of the Colorado-based Rocky Mountain Gun Owners, argues that taking money from Bloomberg means you are instantly associated with his entire agenda, including "banning Big Gulps and the whole nanny state."

A trend has been established when it comes to attitudes toward tougher gun laws. Michael Dimock of Pew Research says public sentiment for new restrictions goes up after tragedies like Newtown, Conn., or Aurora, but it subsides after a matter of months. And even if the public is very supportive of specific measures such as background checks or limiting the size of ammunition magazines (both are elements of the Colorado law), many people who support such things also express wariness that implementing them could erode overall Second Amendment rights. That complicates the effort to change laws.

There remains a big gap in the level of intensity between gun groups and gun control advocates. For many gun owners, it's an existential issue. The choice is as stark as black and white — and they're far more likely to use it as the sole basis for their vote. And, yes, they will turn out on Election Day. Even if it's a special election on a Tuesday in early September. Gun control advocates acknowledge the intensity gap. Their challenge is in figuring out how to get their voters as motivated as the other side — especially the many who support their view but are only casually interested in the issue.

6. Get Ready For More Recalls

Denver pollster Ciruli says there's one last point worth noting: Tuesday's elections were the first recalls of Colorado legislators in history. He predicts that the recall election will become a much more frequently used tool against elected officials. Technology makes organizing a recall easier than ever and, Ciruli says, "with millions of dollars floating around the country and ready to come to battle" we'll see a lot more of this around the U.S.