Accessibility links
Book Review: 'Someone,' By Alice McDermott Reviewer Susan Jane Gilman wasn't impressed by the title of Someone, but she says Alice McDermott's novel is nowhere near as generic as its name. Nothing extraordinary happens to the Irish-American protagonist, but with spare poetry and deep compassion, McDermott makes familiar territory seem new. 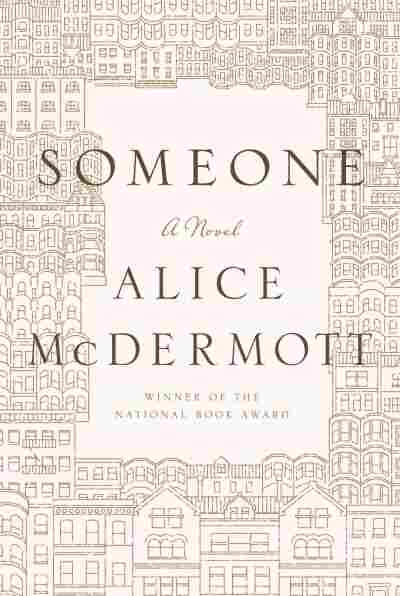 I'll be honest. I often judge books by their titles — and Someone, isn't promising. It's generic, vague. Flat. And in the hands of a less talented author, this beautifully intimate novel would have been just that.

Nothing spectacular happens in Alice McDermott's latest work. Her protagonist, Marie, is largely unremarkable except for her stubbornness and her eyeglasses. She could be any young Irish woman sitting in a church pew or a luncheonette in Brooklyn. She yearns for love and autonomy and respect — but who doesn't? And the larger theme here — Irish American life in 20th century New York — is hardly groundbreaking.

But, this book shimmers. There is nothing stale or predictable about it.

We first meet Marie as a small girl sitting on her stoop in a working-class neighborhood, waiting for her father to come home on the subway." On the street around her are neighbors — each described by Marie herself in her gentle, lyrical voice. And yet, they seem to have been lifted straight out of a Diane Arbus exhibit: a clumsy half-Syrian girl with crooked teeth who falls down the stairs to her death. Blind Bill Corrigan, "who had been gassed in the war," sitting outside on a kitchen chair playing umpire for the boys' stick ball games. One of these boys, Walter Hartnett, with his uneven leg and "built-up" shoe. Big Lucy, a bullish girl on a scooter, who will wind up institutionalized. Marie herself has poor vision.

Alice McDermott's previous novels include After This, Child of My Heart, Charming Billy and At Weddings and Wakes. Eames Armstrong/Macmillon hide caption 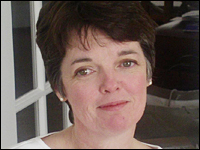 Alice McDermott's previous novels include After This, Child of My Heart, Charming Billy and At Weddings and Wakes.

Everyone, it seems, is damaged — but getting on, somehow.

The novel is a mosaic: All of these characters appear in shards of Marie's life spanning more than 60 years. Marie tells us of her first heartbreak. Her job at a funeral home. Her brother's nervous breakdown. All the filigree and small surprises of her life are interspersed with the gossip and whispered stories of her upbringing.

There's no real engine driving the novel's plot, however — only time. And Marie doesn't undergo any dramatic transformation — which is usually a prerequisite for the main character in any novel.

Yet snuggling into bed to read Someone at the end of each day, I found myself eager to pick up where I had left off. McDermott writes with spare poetry and deep compassion. Her prose is unhurried, sometimes elliptical — she trusts us to grasp the story as it unfolds. She mesmerizes with very little, taking readers in unexpected directions through familiar territory.

Reading Someone is like having a loquacious neighbor telling stories over coffee and cake at your kitchen table after dinner. You're skeptical at first. Does she really have anything interesting to say? But soon, you're enchanted by her anecdotes and observations. Oddly moved, you settle into your chair and linger over your cake, wanting to prolong her visit, for her to tell you more.

There has been a trend in fiction in this millennium that critic James Wood has dubbed "hysterical realism." We all know the books: celebrated, outsized, "genius" novels, outlandish in their cleverness. But Wood has argued — and I would agree — that novels must ultimately be about genuine human beings. Otherwise, all that literary velocity becomes mere pyrotechnics.

In Someone, nothing extraordinary happens to an ordinary woman. But McDermott's novel manages to be gripping and resonant. In her own way, she achieves as much as the dazzling, muscular "hysterical realists." For she manages to break all the basic rules of writing — only quietly.

Read an excerpt of Someone