Accessibility links
Hotline Responders Answer Veterans' Desperate Calls Employees at the Veterans Crisis Line work to stop suicides by helping veterans in crisis. A mother of two service members struggles through calls with young veterans, while another responder knows first-hand what it feels like to have a flashback.

Responders at the Veterans Crisis Line work to help veterans through their darkest hours. The Department of Veterans Affairs runs the hotline, the only national line dedicated to helping veterans in crisis.

A report in February was the most comprehensive to date from the VA on veterans and suicide. As of that publication, the Crisis Line had made approximately 26,000 rescues of actively suicidal veterans.

Four hotline employees share their experiences with StoryCorps for its Military Voices Initiative. 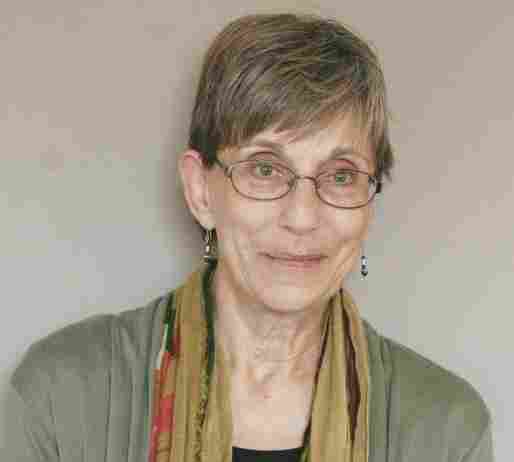 "Sometimes it's really hard for me to talk to the 19- and 20-year-olds, because, when my kids started, that's how old they were. And when you have a 19- or 20-year-old who wants to die, that is totally heartbreaking.

"One young man, Christopher, I'll never forget him. He had come out of the Middle East — he'd been in full combat — and he had come home to his apartment, and found his girlfriend with another man there. She cleaned his bank account out and he had no place to go.

"I had to talk him off a bridge not once, but twice. You could hear the traffic on the bridge, the water underneath. The police came. They agreed to keep him overnight and take him to the V.A. the next morning. 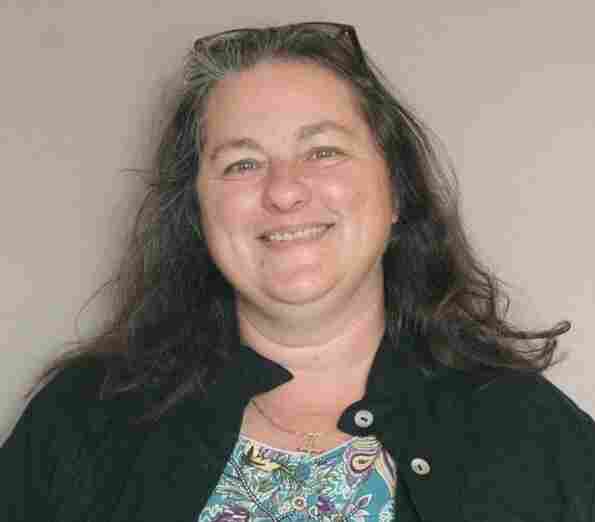 Karin Porch is a responder for the veterans hotline. StoryCorps hide caption

"He called about a week later and thanked us. He realized that he was young and he could start over, which was what I was trying to get through to him during the whole call."

"I remember a veteran who had called 12 times. I said, 'What are we not doing for you? I really want to help.' And, as we're talking, he goes, 'Do you believe in anything?' And I said, 'Well, you mean like God, and afterlife, and all of that?' And he says 'Yeah.'

"And we got down to, 'I killed people in Vietnam, and I'm scared. Am I going to go to hell?' And we talked about that. He was very calm at the end, and he said, 'Just pray for me once in a while.' " 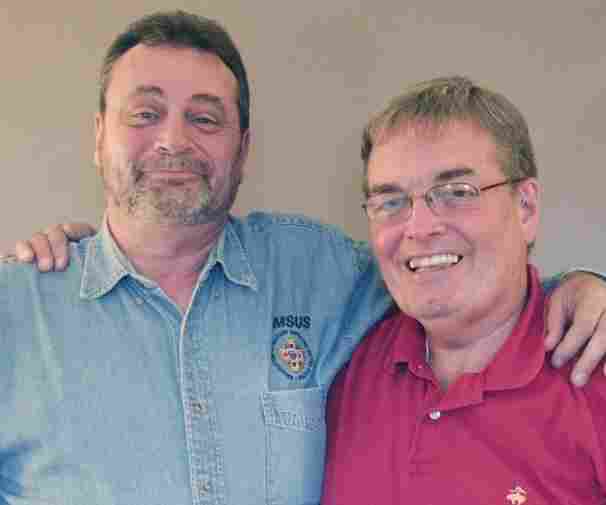 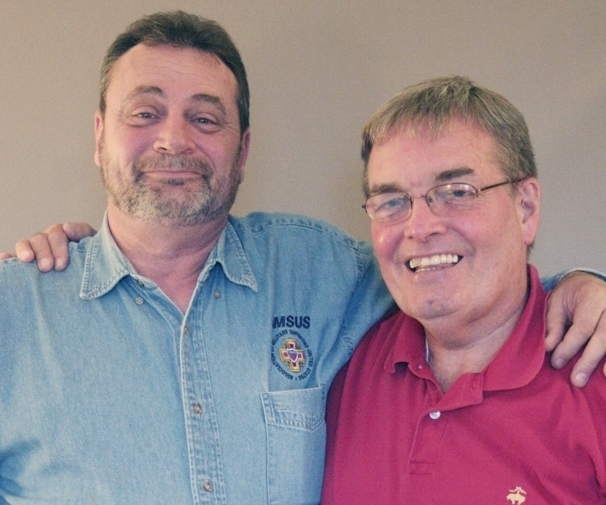 Rich Barham, left, and Nelson Peck are both veterans working for the Veterans Crisis Line.

"I have post-traumatic stress disorder from my years of deployment in Vietnam, Afghanistan and Iraq. And when I came to the hotline, when a vet said they were having a flashback, I knew exactly what they were talking about.

"I remember a young gentleman, he was in the middle of a flashback, and had boarded himself inside his living room. He had three young children — they were sleeping upstairs. I had heard in the background that something had clicked, and I asked him if he had a weapon. He said he did. He was really anxious and incoherent, but, you know, after a little bit of finagling around, he did agree to attend treatment.

"I remember, after that phone call, being a little jerky and nervous — going outside, smoking a couple of cigarettes. And then just coming back in and doing my job again."

"The hotline by far is the most rewarding thing I've ever done in my life. I was a combat veteran with the United States Marines in Vietnam. I had PTSD as well, and what I started to realize was my PTSD was triggered by survivor guilt. I never understood why I survived. And being with the hotline has really given me the answer. I was meant to survive to do this, so other veterans could survive."