Accessibility links
New Computer School Makes French Students Teach Themselves The school, simply named 42, requires no high school diploma and no money to apply. It's turning French education on its head, but it may also solve some of the country's most pressing problems. 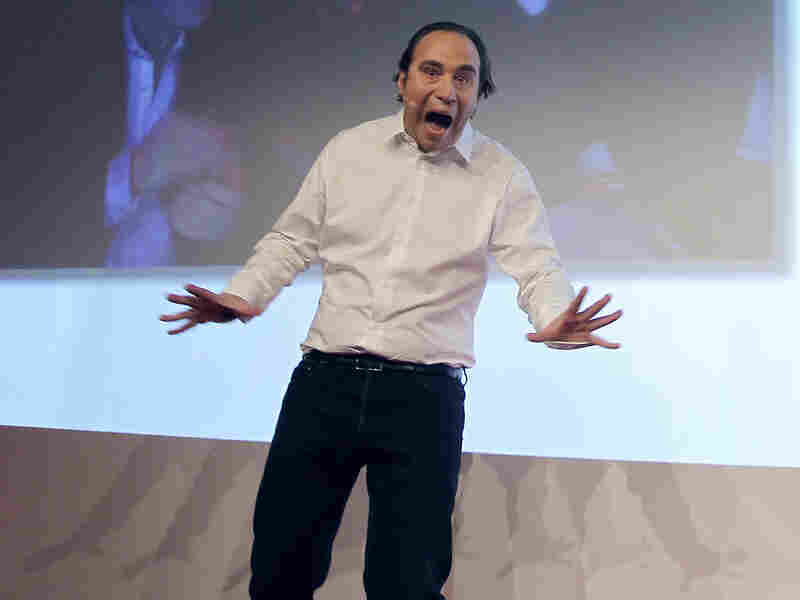 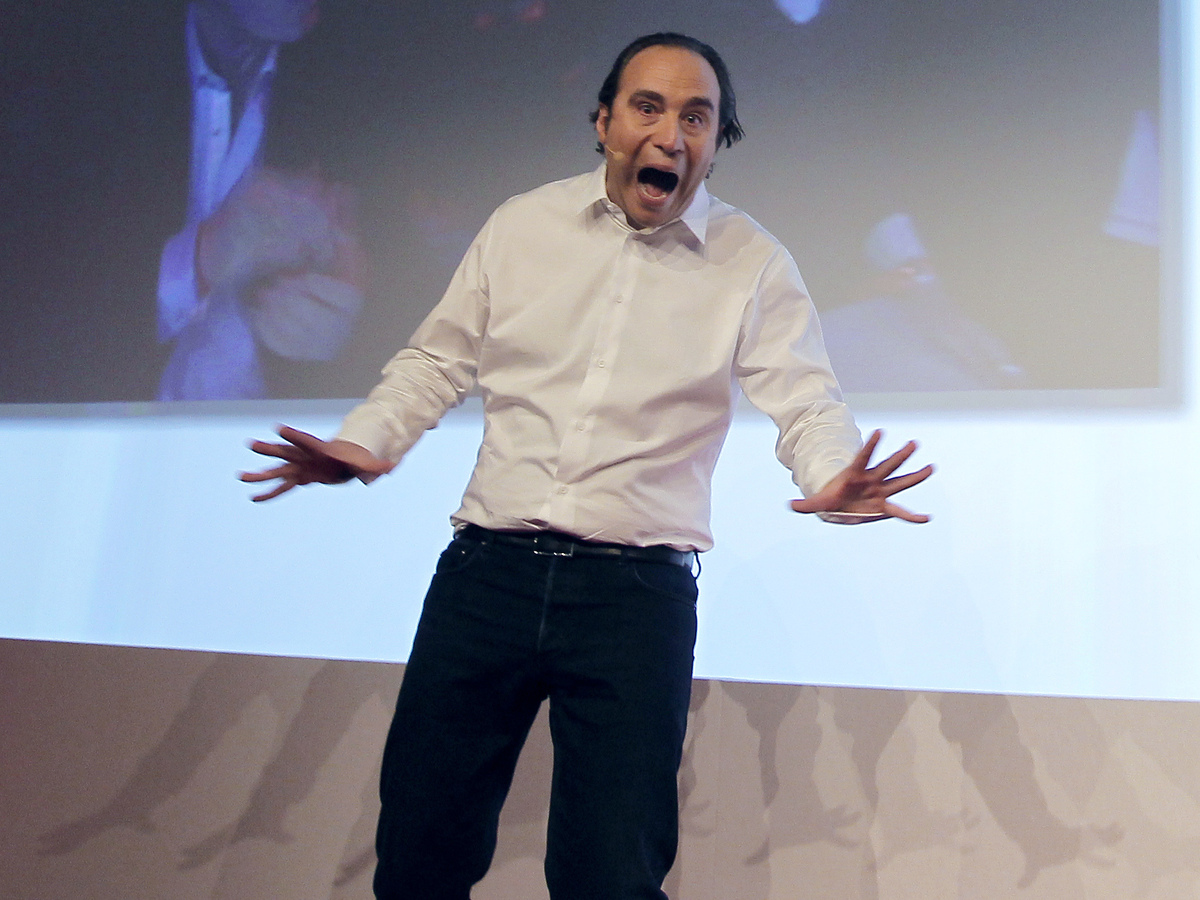 Xavier Niel, the French Internet billionaire and founder of the Internet provider Free, reacts after delivering his speech in January 2012. Niel has founded a new computer school in Paris named 42.

A new computer school in Paris has been overwhelmed by some 60,000 applicants.

The school, called 42, was founded by a telecom magnate who says the French education system is failing young people. His aim is to reduce France's shortage in computer programmers while giving those who've fallen by the wayside a new chance.

In the hallways of 42, suitcases and sleeping bags are piled, and people are stretched out on mattresses in some of the corners. There are showers and dozens of colorful bath towels.

Living here for the next month are some of the 4,000 potential students who already made the first cut by passing cognitive skill tests online.

Now they have to clear another hurdle. They're thrown together and challenged with computer problems for 15 hours a day. Only 800 students will get a place, says 42's director, Nicolas Sadirac.

A Demand For Thinkers From Any Class

"It's very, very intensive," Sadirac says. "It's a kind of selection, but [for] the long term. So we don't just do an examination. We spend four weeks choosing each student."

The only criteria for applying is to be between the ages of 18 and 30. Applicants don't need money, or a particular level of academic achievement. A third don't even have high school diplomas.

Sadirac says they're not looking for how much students know, but how they think. One of the school's main goals is to unearth talent in poor areas, where kids don't fit into the traditional French academic mold.

Youth unemployment in France is at a 14-year high. At the same time, French companies cannot find enough IT specialists, and thousands of young computer enthusiasts can't get training. That prompted 42's founder Xavier Niel to invest $90 million of his own money in the school.

"If you're the son of a blue-collar worker, you're going to be a blue collar worker," Niel says. "Children of elites stay elite. We have 200,000 kids a year who drop out of the French school system and have no hope. They become a drag on society. We want to help these young people take control of their lives."

A Different Way To Learn

The school's name is taken from the science fiction classic, The Hitchhikers Guide to the Galaxy, where 42 is the answer to the question of life.

Sadirac is sure that graduates of 42 will have the real life IT skills to get a job, even though the school's methods are a complete departure from France's highly centralized education system. There are no teachers. Students learn by solving problems.

"We don't want to teach them stuff," he says. "We want them to find solutions on problems, because we don't know the problem in the future. So we are creating students able to learn by themselves."

Sadirac says in the next 20 years the world will change at a staggering pace. 42 is looking for young people who can think outside the box. He says formal academic training can sometimes hinder that by teaching students to follow models rather than innovate.

"So if we want to make people innovative, or creative, we need to get out of this system," he says.

Another Kind Of Open Campus

During their final year, 42's students will work together on a huge project known as a masterpiece. Much like an apprenticeship, they build their talents and learn from each other.

"I had a hard time following in school," Cochet says. "They forbid us to talk in class. And here, talking together and passing along tips is the key to succeeding."

Outside on the sidewalk, Omar Marzougi, 27, is taking a break. His parents emigrated from Tunisia. Many young people with North African roots say they face discrimination in France. It's a complicated issue, Marzougi says, but he's sure of one thing.

"There's no discrimination at this school, because getting in isn't based on your education level or social status," he says. "It's a true melting pot."