Accessibility links
Interview: Jesmyn Ward, Author Of 'Men We Reaped' Author Jesmyn Ward lost her brother in a car wreck — and several friends in quick succession after that — all young black men, all dead before the age of 30. She tells their stories, and her own, in a wrenching new memoir, Men We Reaped. 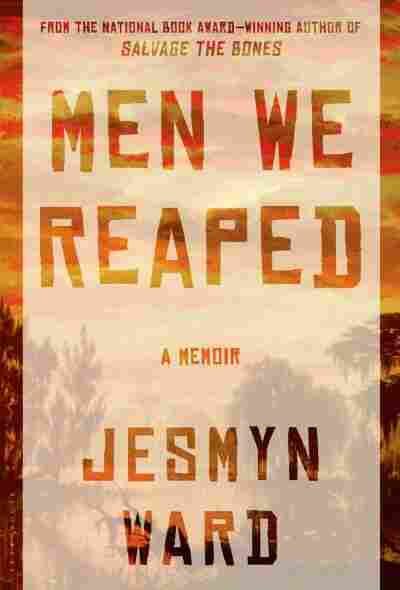 The writer Jesmyn Ward lost her brother in a car accident, and she was never the same — but her grief would broaden and her losses compound. First one friend died, then another and another — all young black men, and all of them dead before the age of 30.

In her wrenching new memoir, Men We Reaped, Ward takes us to her hometown of DeLisle, on Mississippi's Gulf Coast. It's a place ravaged by poverty, drugs and routine violence. But even so, the place — and the memory of those she has lost — keeps pulling Ward back.

Ward tells NPR's Rachel Martin that this epidemic of deaths is more than just a collection of individual choices.

"I see history, I see racism, I see economic disempowerment, I see all of these things, you know, that come together, or that came together, sort of in this perfect storm here in southern Mississippi, and I feel like that is what is bearing down on our lives."

"Every day, I woke up with that feeling of dread and that just overwhelming sensation of loss, and then of course that fear — who's going to die next? We talked about it, you know, we talked about it. So we were aware of what we were going through, and we were aware that it felt like we were under siege, and so we just weren't smart about all the drinking and all the drugs and everything that we did.

"I don't think that I was clear about the fact that I was self-medicating until ... I really sat down and began to write this book, really, because then that meant that I had to reckon with all these things."

On what DeLisle is like for young people now

"It's different for them. You know, my nephew, he's 17, so there are more people in his generation now, in this community, who see college and some kind of, you know, life after college. They see that that's more of a possibility for them, I feel like.

"But in some ways I feel like the reality that was facing us and that faces him is merciless. There are some people in the world that will look at my nephew and see him as a thug, and think that whatever harm or violence befalls him, that he will have deserved it, because he courted it. Regardless of the ... circumstances of his life or his behavior, just because of the way he looks, and the fact that he's a young black male, and that ... really scares me. A lot."

On switching from fiction to memoir

"I feel like in the two novels that I've written before this memoir, the young men reflect my brother. ... But when I thought about what happened to him, and then also about what happened to my friends, I didn't think that it would be successful as fiction because I didn't think that people would believe it because it was so awful and large and horrendous. And I felt like their stories were powerful enough that I thought that they would be better served in creative nonfiction, when I could just tell the truth about them."

Read an excerpt of Men We Reaped