Accessibility links
Interview: Debora Spar, Author Of 'Wonder Women' Many think of the feminist movement as a thing of the past, but Debora Spar says the battle isn't won yet. She tells Fresh Air's Terry Gross about the misinterpretation that got us where we are, and the need to improve support and pay for working women. 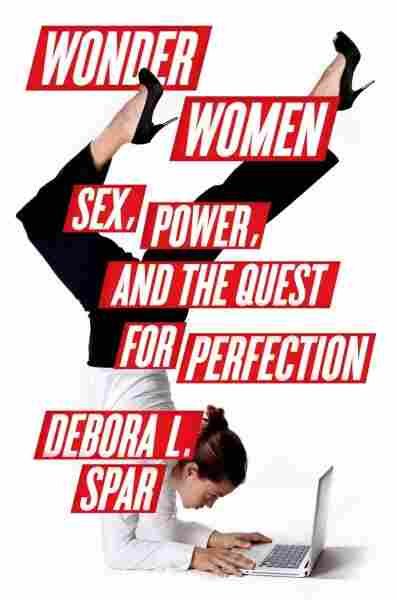 Sex, Power, and the Quest for Perfection

There was a time when Debora Spar was used to being the only woman in the room. As a professor at Harvard Business School, she was surrounded by what she describes as "alpha men of the academic sort — men with big egos and big attitudes and an awful lot of testosterone."

Then, in 2008, she found herself in the opposite situation: She became the president of Barnard College, the women's college affiliated with Columbia University, where "there was barely a male in sight."

Spar's new book is Wonder Women: Sex, Power, and the Quest for Perfection. In it, she calls for a new feminist agenda, though she is quick to admit that she wasn't interested in feminism when she was young, and managed to get through college without taking a single women's studies class. Her book draws on her own experiences as a professor, a mother of three and a wife of 25 years.

She tells Fresh Air's Terry Gross about the misinterpretation of feminism by a younger generation, and the pressures women face.

On the idea of having it all

The image I had ... was perhaps this trivial one, but it was important to me. It was the image of that Charlie perfume commercial that played all of the time on television when I was growing up. And it was the image of the Charlie girl — who was this exquisite woman played by Shelley Hack — who was clearly going off to some kind of very exciting professional job. She had a beautiful pantsuit on, and a beautiful briefcase. And some of the ads also showed her going out after work with very attractive men, and some of the ads showed her holding a very beautiful little child by the hands.

So it conveyed this image — and I've subsequently realized that a lot of women my age had the same experience with this ad — it conveyed this image of this sort of effortless combination of work and motherhood and sexuality and professionalism and ease. The Charlie ads, and essentially a lot of the media that we were bombarded with in the 1970s, really showed these effortless images of women combining the traditional lives of women as wives and mothers, with this new, exciting reality of being astronauts and astrophysicists and pretty much anything they wanted to be.

On how feminism got misinterpreted by a younger generation of women

And somewhere along the line ... the message of feminism got watered down and misinterpreted. It's easy to blame the media for doing that, it's easy to blame people like me who somehow heard the message but didn't get it; but women of my generation and younger — not all of us, but many of us, I think — really saw feminism as a battle that was over because we were the lucky recipients of the victory. ... 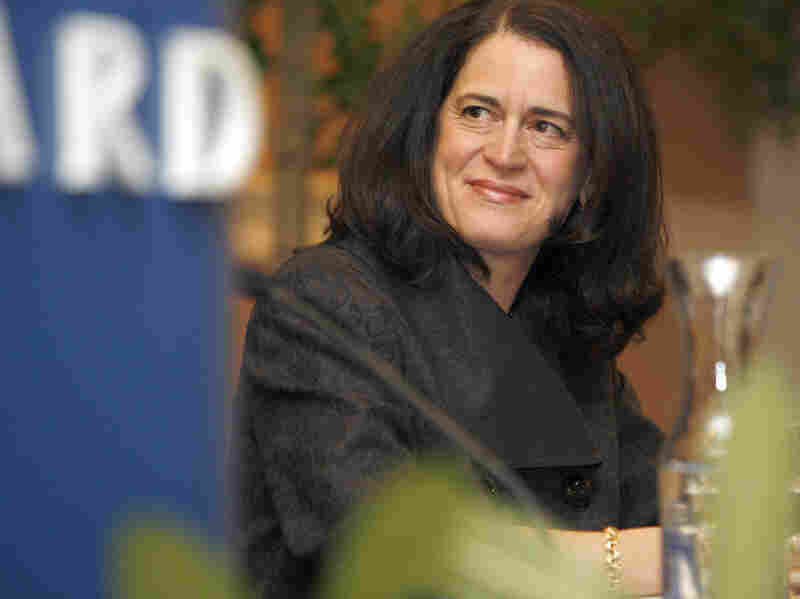 Debora Spar's other books include Ruling the Waves and The Baby Business. Diane Bondareff/AP hide caption 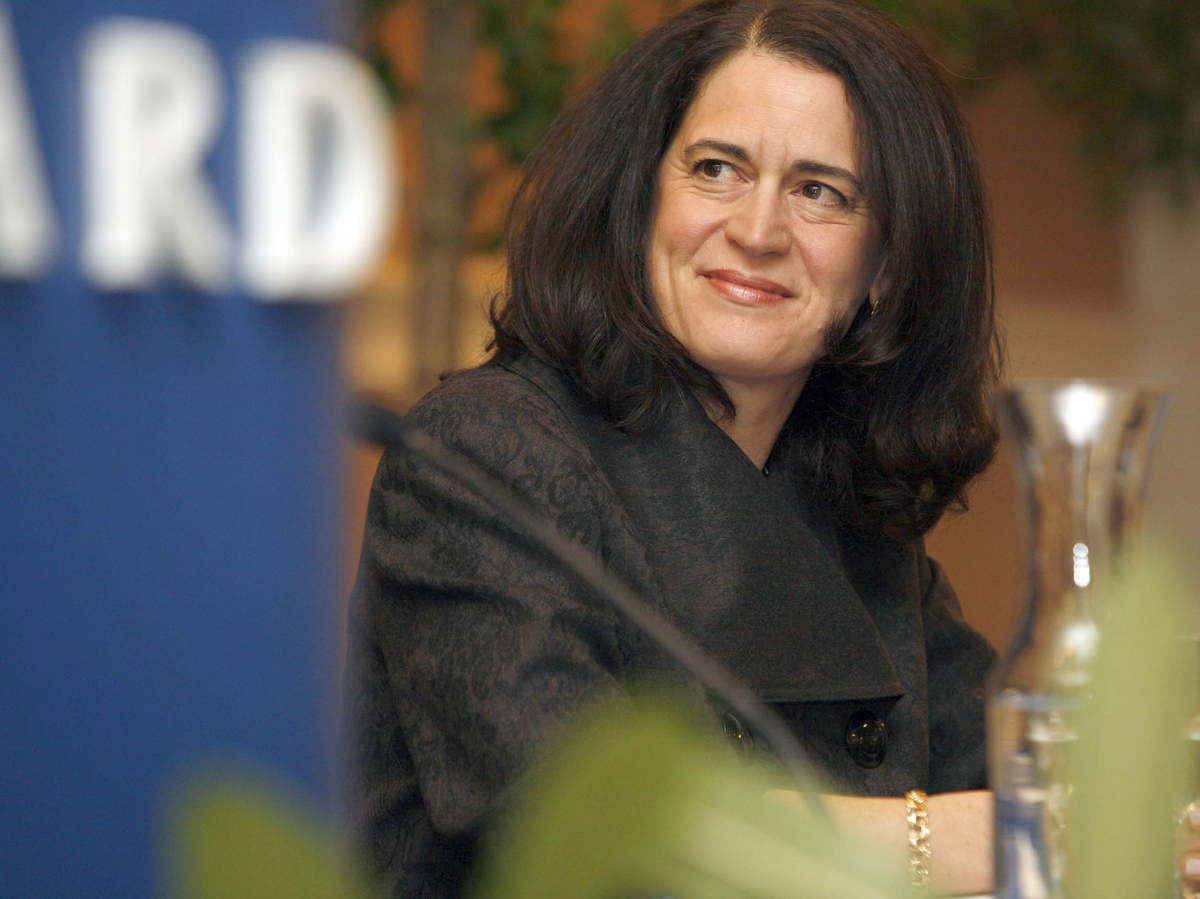 Debora Spar's other books include Ruling the Waves and The Baby Business.

If we hadn't read the textbooks, if we hadn't participated in the marches, what we were getting was watered-down Charlie feminism, which is about this fantasy, this idea that we can have it all, that we can be everything. And I think once you start marching down that track it's very easy to turn inward. Rather than seeing the opportunities that feminism created ... they very easy morph into expectations.

It drains the energy out of the broader social goals, and it makes women nuts.

On the new feminist agenda

There's an interesting semantic shift going on. I think there's a lot of focus right now on women's leadership and on diversity, and many of the items that fall under those umbrellas would have fallen equally under feminism, they've just shifted the names a bit. I think we need to continue some of feminism's earlier fights. We still don't have good child care in this country. We know we still don't have pay equity. ... We still don't have support networks for working families.

On the pressure women face to be attractive and impressive

Just pick up any magazine off the shelves: Women are expected to be beautiful and sexy and to revel in those things really from the time they're quite young to the time they're quite old. That expectation is just out there. It's in the ether; it's in the music we listen to; it's in the books we read. I think it's unrealistic to assume that just because a woman shows up in a business school or on a trading floor or for an internship that somehow those other pressures are going to go away. So women really are feeling the pressure to be hugely successful professionally, and really sexy and attractive, in addition to being good mothers and everything else.

On sharing the story of her struggle with anorexia

I think once anyone gets caught up in anorexia, it's very hard to retain a sense of logic. Most anorexics are so skinny that they can't possibly be attractive. ... You lose your sense of perspective, and that's really the tragedy there.

I think by telling my story — and the fact that I clearly got over it, I'm clearly not skinny anymore — I can at least put that out there as something that might give my students and other young women a different model to think about, to realize that the key to success is not by starving yourself.

Read an excerpt of Wonder Women