Accessibility links
China's Debate: Must The Party Follow The Constitution? If you demand democracy in China, you can quickly find yourself at odds with the government. So these days, reformers are trying to use the constitution to make the party accountable to the people. But that didn't keep a Shanghai professor from getting suspended. 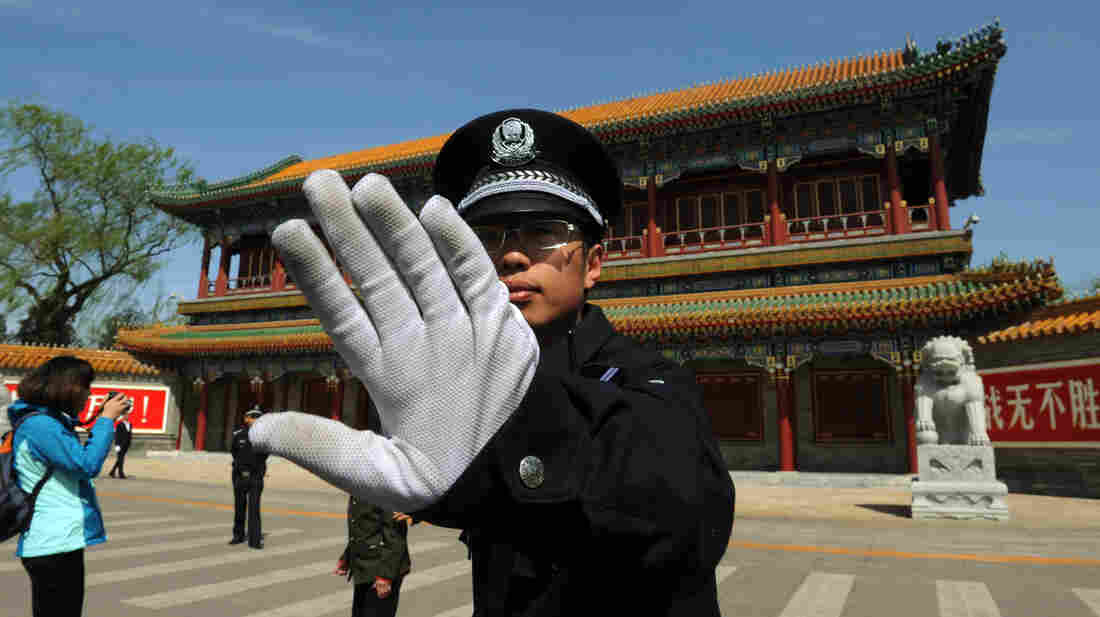 A police officer blocks photos from being taken outside Zhongnanhai, the central headquarters for the Communist Party of China, in Beijing last year. Mark Ralston/AFP/Getty Images hide caption 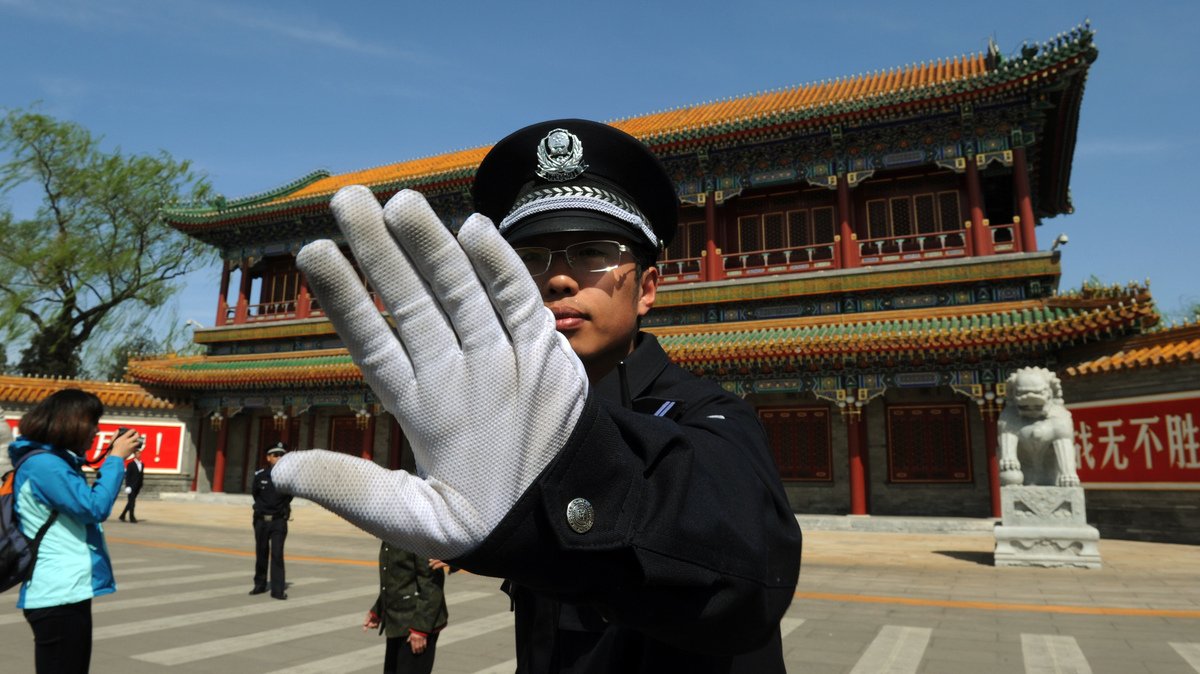 A police officer blocks photos from being taken outside Zhongnanhai, the central headquarters for the Communist Party of China, in Beijing last year.

Several weeks back, officials with the East China University of Political Science and Law met one of its professors, Zhang Xuezhong, at his favorite hangout, a coffeehouse in Shanghai.

Sitting in a private room, they told him he was suspended from teaching for articles he had posted on the Internet. In them, Zhang had argued that China's government needs to build a real rule of law — one to which even the party is accountable — as well as a system of checks and balances.

One way to start, he says, is to live up to the promises made in China's 1982 constitution. 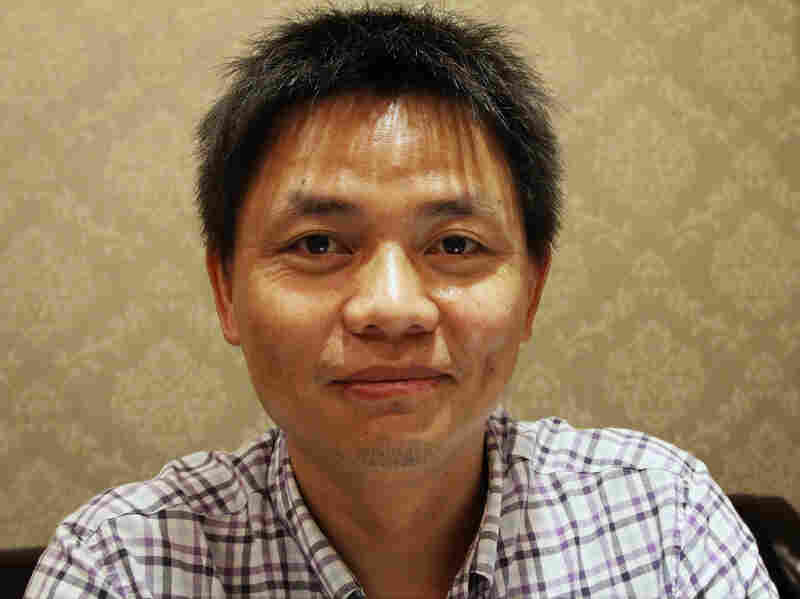 Zhang Xuezhong, a professor of law, was recently suspended from teaching at his university in Shanghai. Among Zhang's offenses was writing articles that urge the Chinese Communist Party to respect the country's constitution. Frank Langfitt/NPR hide caption 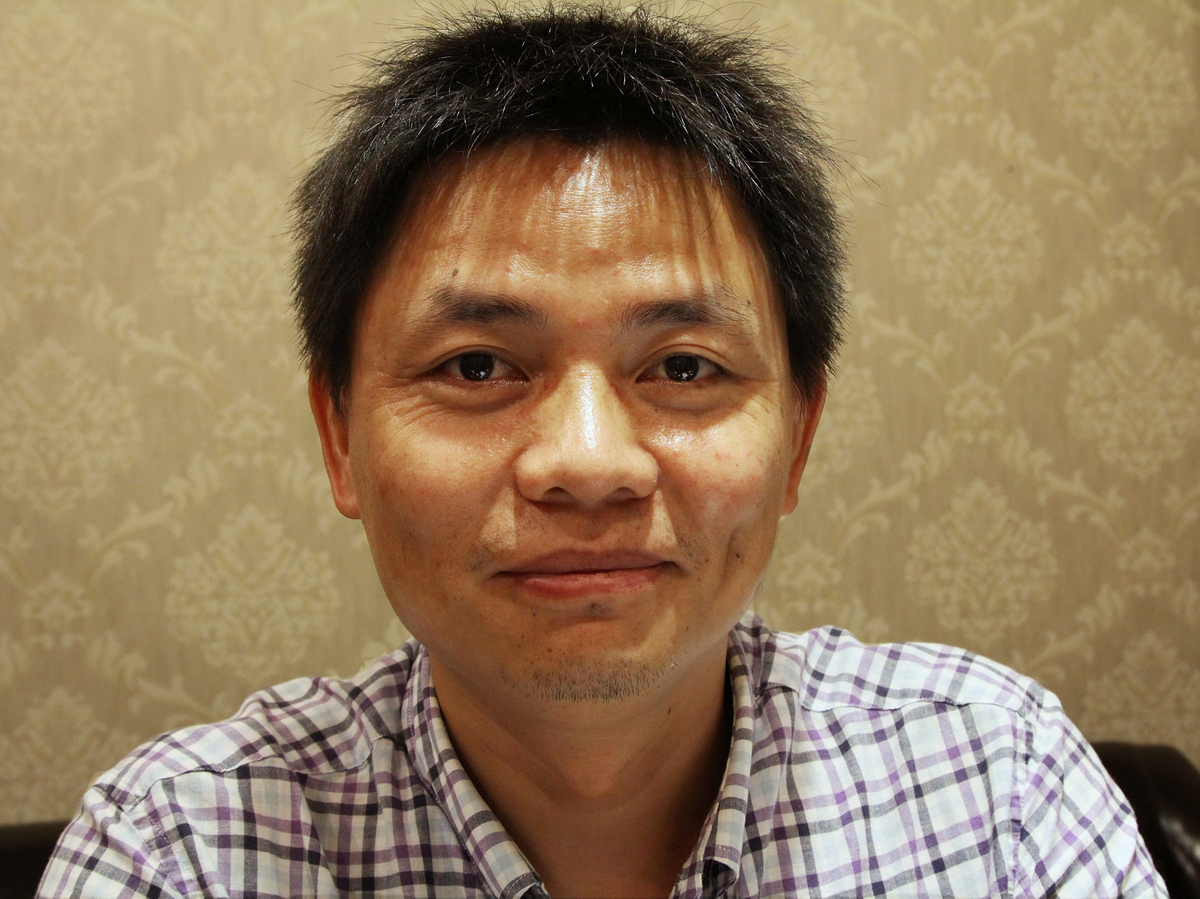 Zhang Xuezhong, a professor of law, was recently suspended from teaching at his university in Shanghai. Among Zhang's offenses was writing articles that urge the Chinese Communist Party to respect the country's constitution.

In many countries, that's just assumed. In China, it's at the center of a bitter debate between reformers and conservative Communist Party members over the future of the country's political system.

Increasingly, scholars like Zhang are using China's own constitution against the ruling party to try to make the government more accountable to the people.

An Indirect Call for Democracy

At the coffeehouse, officials told Zhang his views violated the constitution. Zhang told them they had it backward.

"I said, 'You're just doing this to put a crime to what I say,' " recalls Zhang, 34. " 'Exercising my right to express my views doesn't break the law, because freedom of speech is a right guaranteed by the constitution.' "

Indeed, freedom of speech is in the constitution's Article 35, along with freedom of the press, assembly, association and demonstration — rights the party has never upheld.

Zhang says pressing the party to adhere to China's constitution is a way to outflank officials who reflexively dismiss more dramatic calls for reform, such as open elections.

"If you ask directly for democracy, it is pretty sensitive and you won't get a response," says Zhang. "Some scholars now call for constitutionalism. It's more strategic as it avoids the issue of a one-party or a multiparty system. It calls on the government to at least abide by the laws made by itself."

Zhang says the constitutional argument also forces the government to take a position that reveals its true nature and what it really cares about.

"When people ask you to follow your own laws, the demand is legitimate," says Zhang. "If you don't follow it, it will make more people realize that you are a liar and also destroy your legitimacy."

Reformers have pushed for a genuine constitutional government in the past, but they rekindled the argument this year in hopes the party's incoming leadership might respond.

Initially, there were flickers of hope. In a speech last December, China's new president, Xi Jinping, urged officials to uphold the constitution. 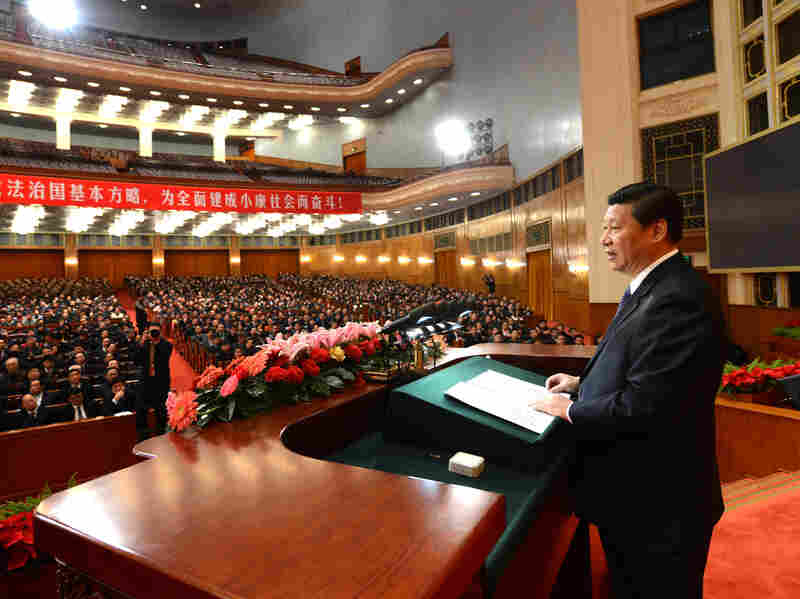 President Xi Jinping speaks at a congress in Beijing marking the 30th anniversary of the implementation of China's constitution, on Dec. 4, 2012. In the speech, he vowed to uphold the constitution and the rule of law. Ma Zhancheng/Xinhua/Landov hide caption

"We must firmly establish, throughout society, the authority of the constitution and the law, and allow the overwhelming masses to fully believe in the law," Xi said.

But this summer, at least 200 state-controlled publications ran articles criticizing the call for a genuine constitutional system, according to the University of Hong Kong's China Media Project. The journal Red Flag said the constitutionalism argument was really just a Western plot.

"Western nations hope to propagate the idea of constitutionalism in China as a means of abolishing the leadership of the CCP (Chinese Communist Party) and the socialist system," said the author, Wang Tingyou, an assistant professor at People's University in Beijing.

Most of the articles, though, were written under pseudonyms, making it hard to know just who was behind the campaign.

Joseph Cheng, who teaches political science at City University of Hong Kong, says the writers wanted to attack constitutionalism but hide their tracks.

"They understand this is not something popular," says Cheng. "Their true identities would indicate their affiliations, which would then be traced back to top leaders."

Beyond the political argument for constitutionalism, another point proponents make is economic and practical. When China was poor and backward, monitoring public finances was not a huge concern. After all, there wasn't that much to lose or steal.

Now that China is the world's second-largest economy, the government spends trillions of dollars in public money with little oversight.

It's OK To Protest In China, Just Don't March

"It's just crazy," says Zhiwu Chen, a professor of finance at the Yale School of Management who spoke in favor of constitutionalism at a forum in Beijing this year. "It's much better to be the president of China than any other country, because you get to have so much say over so much money and so many things and yet you're not subject to much scrutiny or much checks and balances."

Chen says a big reason some officials fight such a system is fear that independent courts — which currently answer to the party — will expose the mass corruption that has become endemic to the system.

There is no sign China's new leaders are interested in political reform now, but Chen says as ordinary Chinese grow more sophisticated, they will continue to press for the oversight and protections afforded by a constitutional system.

He thinks it's just a matter of time, though at the rate things are going, perhaps a very long one.