Accessibility links
Sacred Strings Guide Gospel Through Thunder And Steel For the Church of the Living God in Toccopola, Miss., the lap steel guitar channels the voice of God through hymns and improvised solos that mix gospel, blues and country. 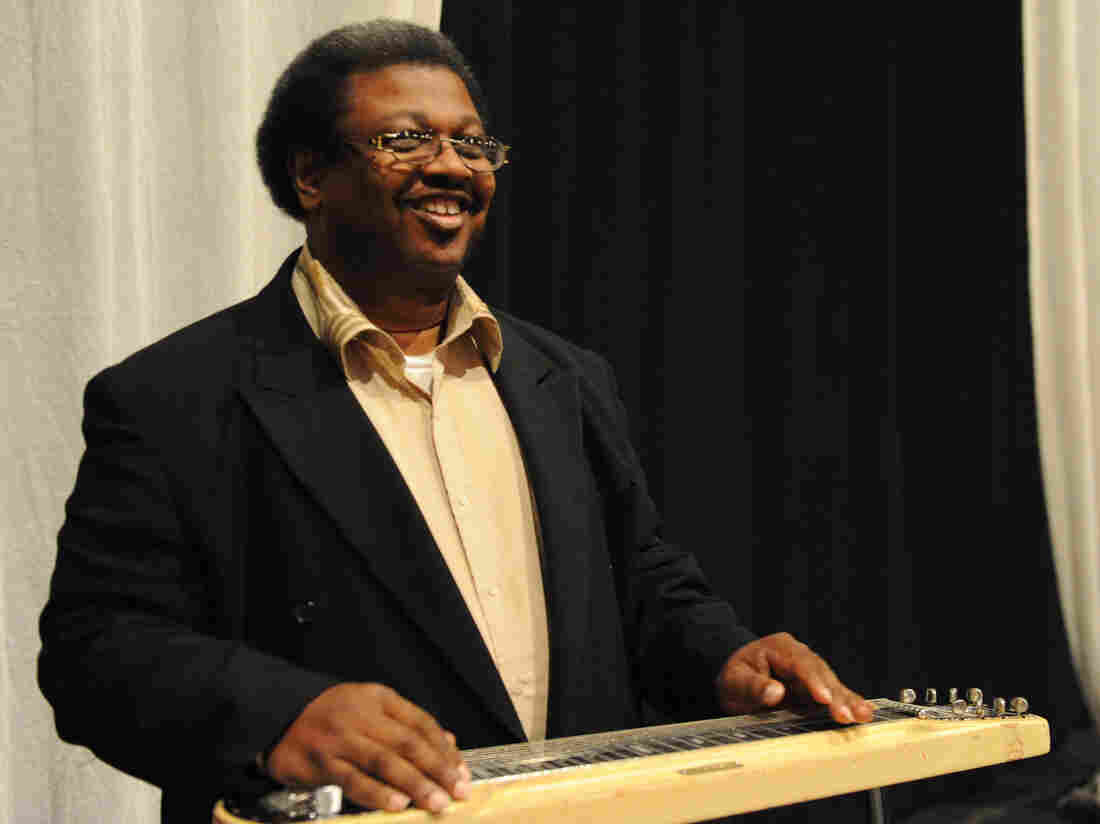 The Sacred Steel tradition is an integral part of worship. From the House of God Keith Dominion Church, Aubrey Ghent (pictured) helped revive the style in 1990s. Brad Gregory/Courtesy of the artist hide caption 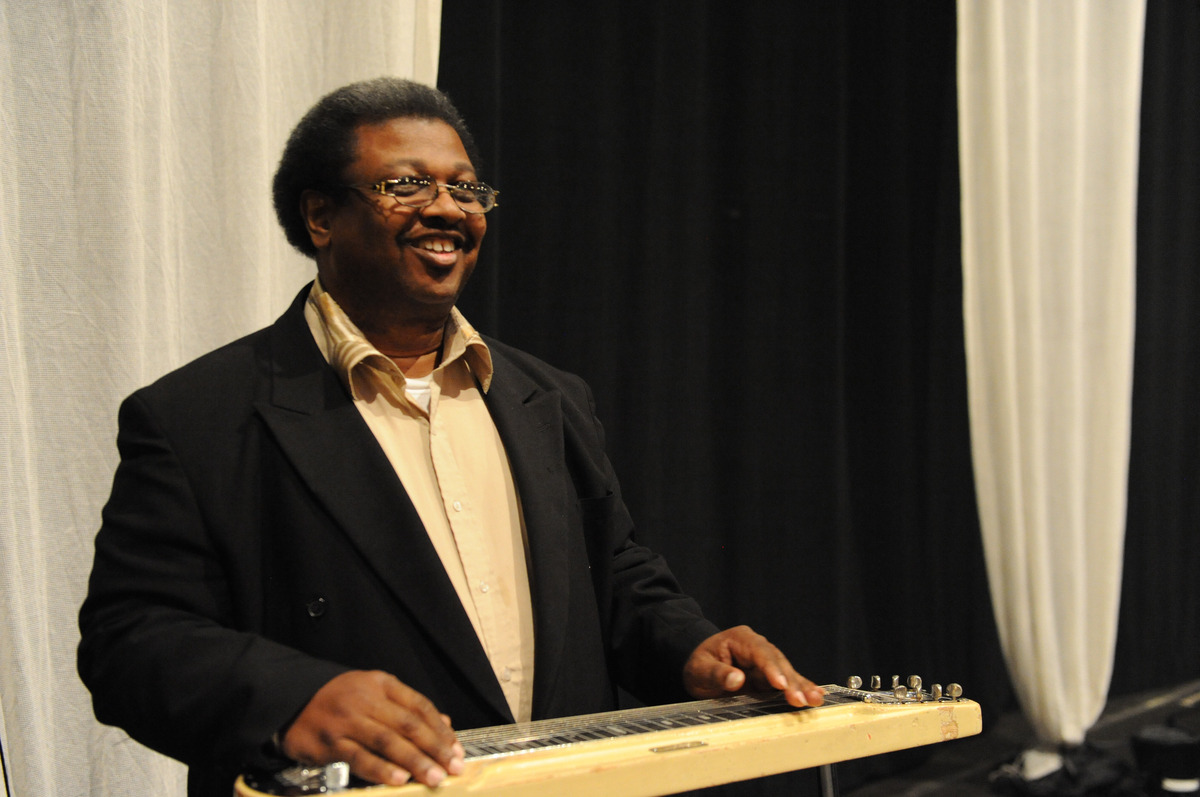 The Sacred Steel tradition is an integral part of worship. From the House of God Keith Dominion Church, Aubrey Ghent (pictured) helped revive the style in 1990s.

Brad Gregory/Courtesy of the artist

Some say the purpose of church is to deliver the word of God. If so, what's the role of music in the service?

"The music has always been a part of God's way of getting people's attention," says Bishop Calvin Worthem, pastor at the Church of the Living God in Toccopola, Miss. "Sometimes he speaks through the thunder, the lightning, and sometimes he speaks in the music."

Music is a kind of delivery mechanism, choir director Mary Worthem says. It not only helps get people's attention, but it also helps them get the meaning.

Guided By The Spirit

At the Church of the Living God, there's another way of receiving God's message: through the lap steel. It sits on four legs, like the pedal steel used in country music, but it's simpler to play. It looks kind of like a miniature ironing board, it's got eight or nine strings, and the guitarist uses a metal bar to glide across them, allowing him to slide between the notes of the scale and mimic the wailing sound of gospel singing.

Here in Toccopola, the lap steel is in the capable hands of Jerry Flemons — or, as he puts it, his hands are guided by the spirit.

"Our body can play all the time, you know, but if the spirit — the anointing — isn't there, it's just music played," Flemons says. "It takes the anointing. It takes God to bring it to pass, to make it materialize."

History Of The Steel

During the service, Bishop Worthem might dance as much as he preaches, and parishioners leave their pews, raising their hands toward the sky as they strut down the aisles. Cheryl Flemons often leads the church in song.

"I've had some friends that come and they're just really amazed by it, like, 'What's up with the rhythm?' " she says. " 'How is it that everybody has that same beat, that same rhythm?' "

The shuffle has a bit of North Mississippi blues, but the basic musical formula can be heard throughout the Eastern U.S. It was established by the late Bishop Lorenzo Harrison. Decades ago, when the Church of the Living God split into several dominions, Harrison was the musical force behind the Jewell Dominion, headquartered in Indianapolis, where some of the services were recorded.

Some slide guitarists have gained popularity outside the church, especially those from the related Keith Dominion, which is known for a flashier style played on the pedal steel. In the 1990s, a series of recordings called Sacred Steel helped paved the way for Robert Randolph's commercial success — but for guitarist Jerry Flemons, like his mentor Lorenzo Harrison, there's only one place for this music.

"Well, it comes from God, see, and that's where it belongs: in the House of God," Flemons says. "If you take it out of the House of God, then you're not praising God with it; you're praising Satan. People should use a gift from God to praise God and to comfort the souls of man."

For Bishop Worthem and many others, the slide guitar doesn't just accompany the voice; it's a voice in its own right.

"Sometimes you don't have to say a word," Worthem says. "If you'll just listen to the steel, sometimes there's a message in that music."