Accessibility links
The Fed's Surprising Decision: Should You Cheer Or Boo? The central bank's unexpected move to keep rates low for now was good news for stock investors and homebuyers, but oil prices surged and savers will have longer to wait before they see higher rates. The Federal Reserve concluded that the economy is still too weak and needs its continued help.

The Fed's Surprising Decision: Should You Cheer Or Boo?

The Fed's Surprising Decision: Should You Cheer Or Boo? 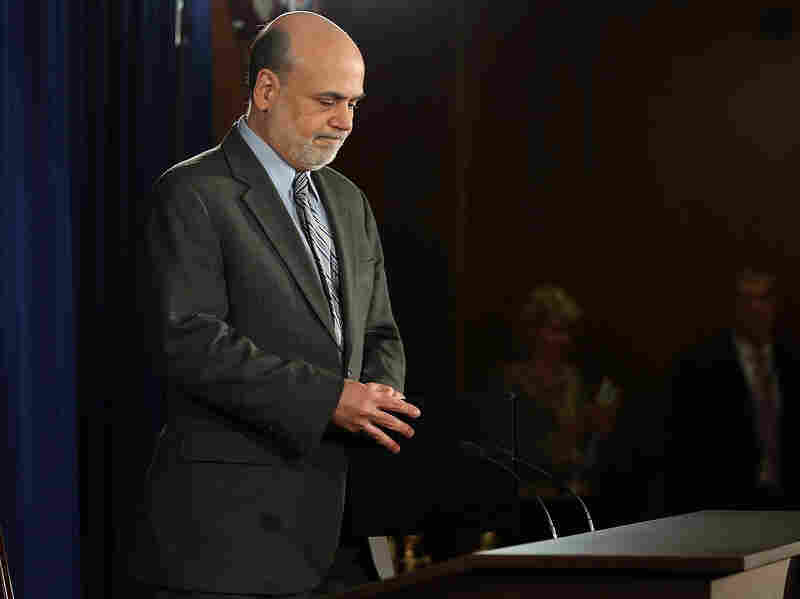 Federal Reserve Chairman Ben Bernanke arrives to speak at a news conference Wednesday in Washington, D.C. The Fed cut its economic growth forecasts and said it would keep buying bonds in a bid to keep interest rates down. Mark Wilson/Getty Images hide caption 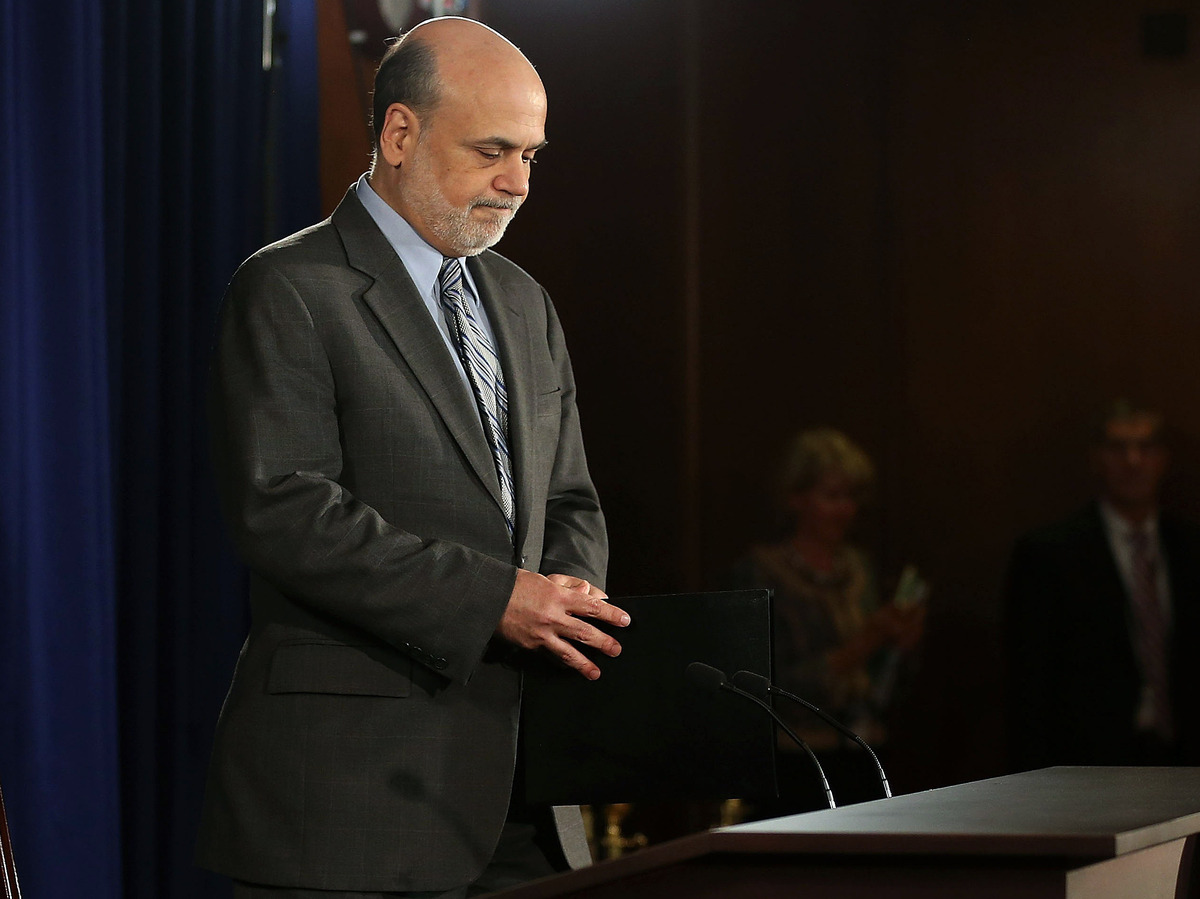 Federal Reserve Chairman Ben Bernanke arrives to speak at a news conference Wednesday in Washington, D.C. The Fed cut its economic growth forecasts and said it would keep buying bonds in a bid to keep interest rates down.

If you are trying to buy a home, you just got good news: The Federal Reserve said Wednesday it is not going to try to drive up long-term interest rates just yet.

Stock investors are happy for you. They like cheap mortgages too because a robust housing market creates jobs. To celebrate, they bought more shares, sending the Dow Jones industrial average up 147.21 to an all-time high of 15,676.94.

Unfortunately, if you are a retiree who wants a higher return on your savings in the bank — well, sorry. The interest paid to you will be meager.

In fact, the Fed's surprising announcement on interest rates created lots of winners and losers. But before sorting them out, let's first look at what happened:

Policymakers for the central bank met this week and concluded that the U.S. economy is still weak enough to need their help. They said they recognize that the country has seen "improvement in economic activity and labor market conditions," but they added that the Fed still has to tamp down interest rates as officials "await more evidence that progress will be sustained."

Their decision stunned most economists, who believed Fed officials were ready to switch gears away from the long-standing policy of restraining interest rates. The low-rate strategy has been in place throughout the Great Recession and slow recovery.

But many experts say it's time for a change. They think the economy is strong enough to allow interest rates to start to return to historical norms.

Back in June, Fed Chairman Ben Bernanke himself suggested such a switch would come by year's end.

Then on Wednesday afternoon, Bernanke and his fellow policymakers sprang their surprise. After taking a harder look at the most recent information, they decided not to change course after all.

They are worried that congressional Republicans and the White House might have another big showdown this fall, which could rattle markets. And Fed officials don't like seeing the latest higher mortgage rates, which have been scaring off some potential homebuyers.

"The tightening of financial conditions observed in recent months, if sustained, could slow the pace of improvement in the economy and the labor market," the Fed officials said in a statement.

So for the time being, the Fed will not back off its strategy of buying $85 billion a month in bonds to push down on long-term interest rates. It could still taper those purchases by year's end if the policymakers think conditions have changed, but for now, the low-rate strategy is firmly in place.

As a result, these groups cheered the Fed announcement:

Homebuyers and sellers. Thirty-year fixed mortgage rates, which jumped from about 3.5 percent in April to around 4.5 percent recently, are more likely now to halt their upward march. That may prompt more people to get into the homebuying market.

Stock owners. Shares become more valuable when investors can't get much of a return from interest payments on insured securities. So stock prices shot to record highs as of Wednesday's close.

Gold owners. The price of gold surged more than 4 percent to about $1,360. The hike came because gold gets more attractive in times of economic uncertainty and inflation. Some people believe the Fed's current policies eventually will lead to inflation.

And these groups found little to celebrate:

Gas guzzlers. The price of oil — just like gold — rose on inflation fears. By late afternoon, U.S. crude had risen more than $3 per barrel to a high of $108.49.

Conservative savers. If you like to keep your money in very safe securities, your interest income will stay depressed. For example, the yield on the 10-year Treasury note plunged to 2.71 percent after the announcement, down from 2.90 percent.

Job seekers. Not that you needed anyone to tell you this, but the Fed said the economic outlook is not great. It sees growth of 2.3 percent at best this year, down from its earlier forecast of growth as strong as 2.6 percent.