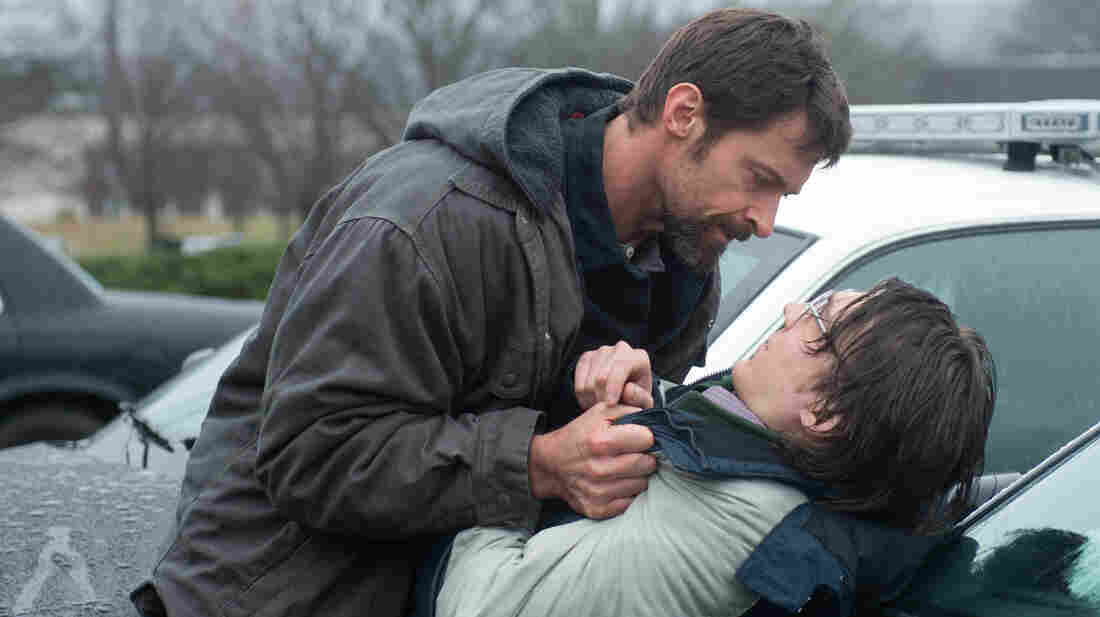 An underemployed contractor (Hugh Jackman) takes the law -- and a few things outside it -- into his own hands with regard to the man (Paul Dano) he suspects has kidnapped his daughter. Wilson Webb/Warner Bros. hide caption 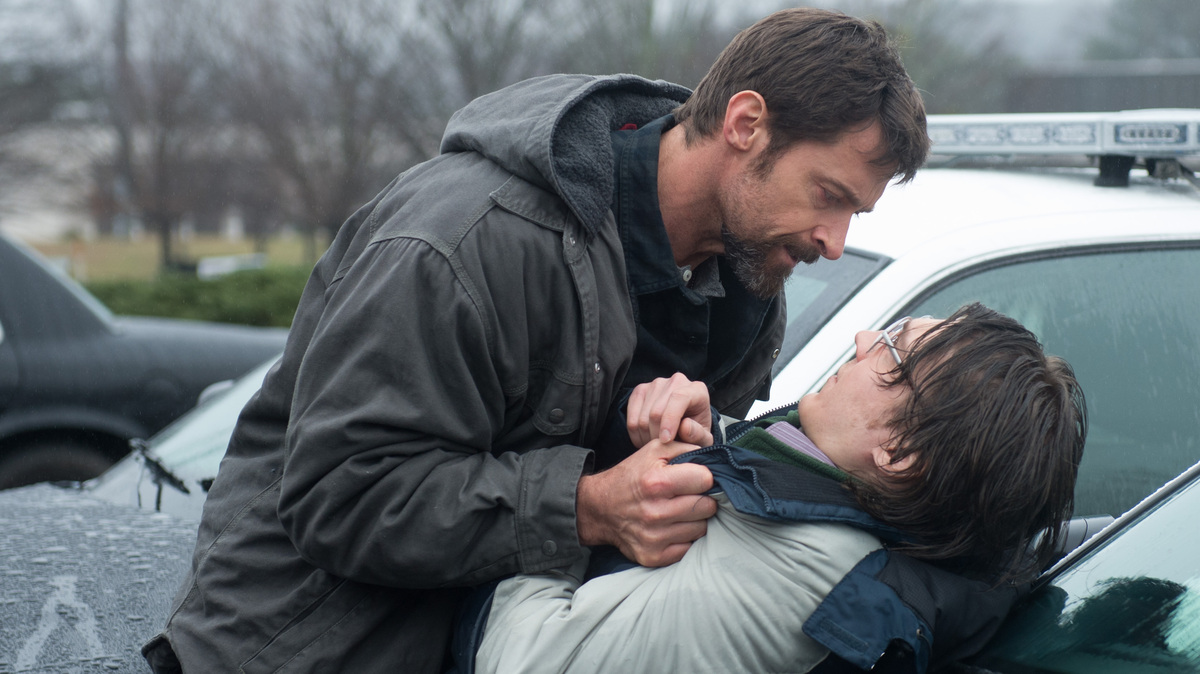 An underemployed contractor (Hugh Jackman) takes the law -- and a few things outside it -- into his own hands with regard to the man (Paul Dano) he suspects has kidnapped his daughter.

Rated R for disturbing violent content including torture, and language throughout

If anyone thought Denis Villeneuve's attacks on his favorite targets might be tempered by his move from the art house to Hollywood-thriller territory, Prisoners should shut that line of thinking down in a hurry.

Though the setting is new — working-class Pennsylvania rather than Quebec and the Middle East — the issues at play in Villeneuve's Prisoners closely mirror those in the Canadian director's Oscar-nominated 2010 film, Incendies: the dangers of fundamentalism, the pliable morality of religion when it comes to violence and vengeance, and mankind's shocking capability for cruelty in the service of imagined righteousness.

The vehicle for the director's investigations is similar, too: a tense, many-layered, plot-heavy mystery that he uses to apply a vise grip to the viewer's attention while he hammers away at those themes. In Prisoners, it's the Thanksgiving abduction of two little girls, and the subsequent investigations into their whereabouts.

There's the official inquiry, led by the intense and idiosyncratic Detective Loki (Jake Gyllenhaal). Then there's the unofficial one — a vigilante campaign waged furiously by Keller Dover (Hugh Jackman) and reluctantly by Franklin Birch (Terrence Howard), the girls' fathers.

When The Obvious Answer May Not Be The Right One

Villeneuve is undeniably a master of slow-build tension. His patient deliberation is such that each time he pushes his camera in, he might as well be turning the crank on a jack-in-the-box, slowly, so slowly that the wait for the next note in the song seems like a breathless eternity. I spent the first hour and 45 minutes of the film nervous, uneasy, fearing the impending doom in my chest.

But Villeneuve's film runs another 45 minutes beyond that, and that's where the strings attached to the director's initially expert manipulations begin to show.

The film's moral and political issues share nearly equal footing with the machinations of the plot for much of the early going. That sometimes risks turning the film's subtext a little too much into the text; long shots held on, say, the cross hanging from Keller's mirror or the gas mask in his basement punch up his Christianity and his survivalist impulses, respectively, in a way that ties them tightly — unfairly? — to the lengths he'll end up going to in his effort to save his daughter. 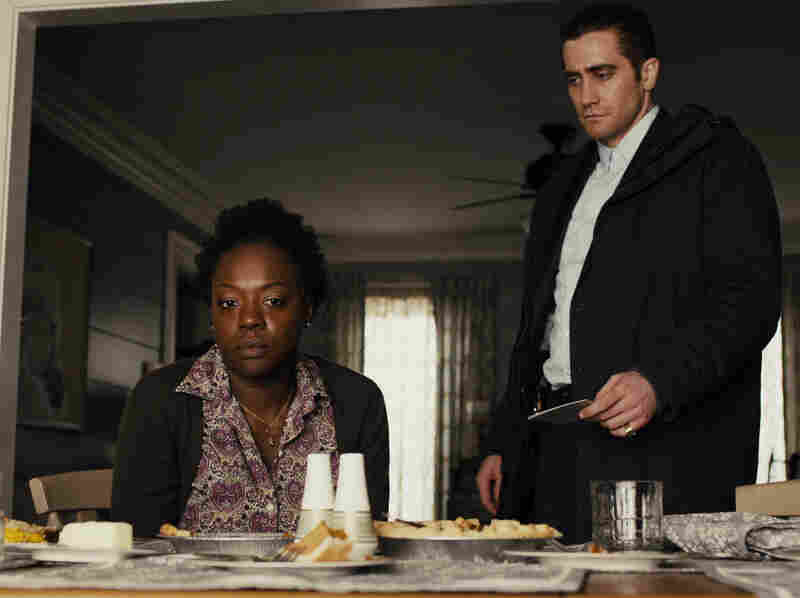 Viola Davis plays the mother of a second kidnap victim; Jake Gyllenhaal is the driven — and curiously idiosyncratic — detective on the case. Warner Bros. hide caption 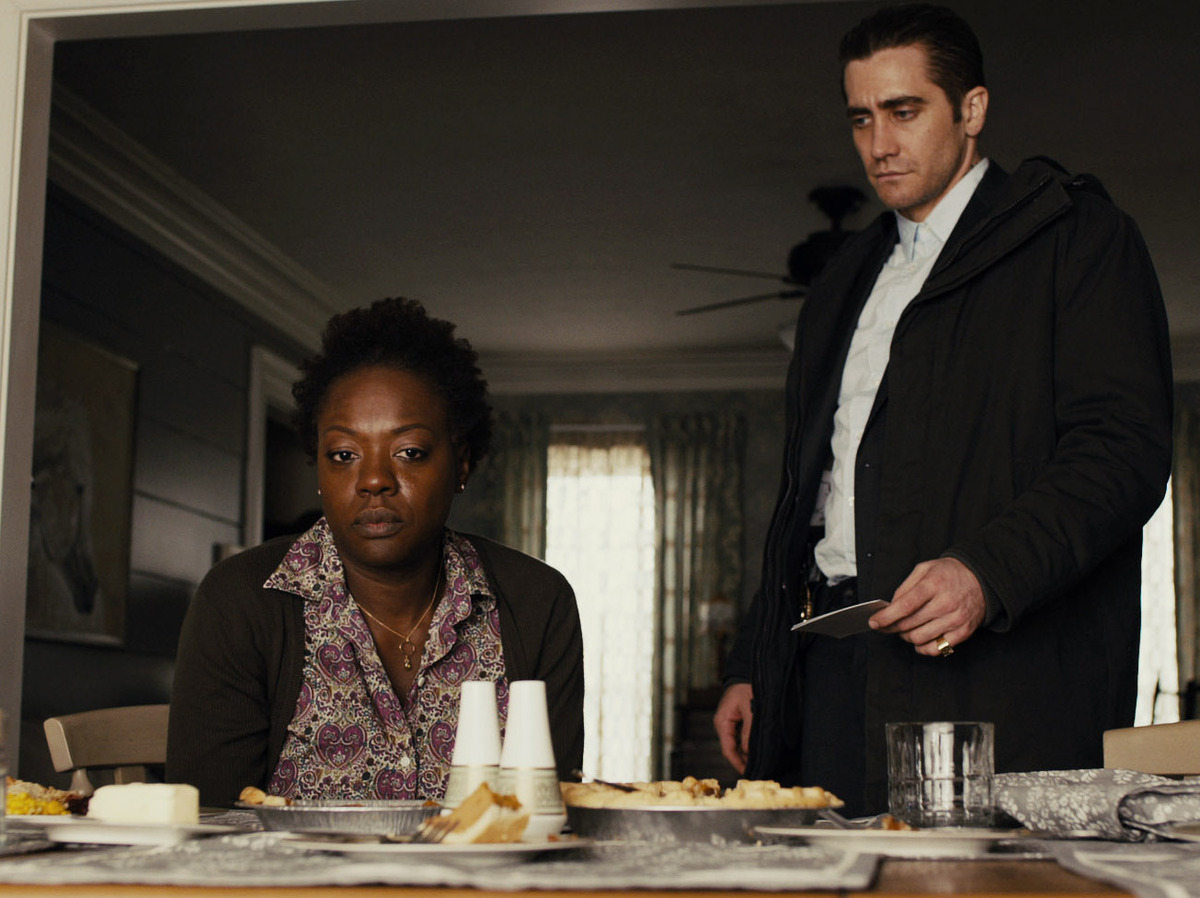 Viola Davis plays the mother of a second kidnap victim; Jake Gyllenhaal is the driven — and curiously idiosyncratic — detective on the case.

Those lengths will eventually include some decidedly extralegal measures — vigilantism is too tidy a word for the tactics Keller employs — and it's no stretch to say that the abandoned small-town apartment building he uses as a kind of secret base of operations is an authorial stand-in for both Guantanamo and a CIA rendition site. But as unsubtle as both plotting and subtext are in this early part of the movie, it's as if they cancel each other out, the one distracting from the other just enough to make both work.

As we near the finish, though, the film grows less concerned with its moral conflicts and more with making the plot's too many puzzle pieces come together neatly. Now we notice plot conveniences like the fact that Loki is constantly showing up in dangerous situations without asking for backup.

It doesn't ruin the film, but it does undercut that stellar first two-thirds, as well as a pair of truly remarkable performances from Jackman and Gyllenhaal. The former, an actor of nearly impermeable likability, manages to invoke feelings of both sympathy and antipathy — genuine sorrow for his plight, combined with a sense of being morally filthy just for having watched his actions.

Meanwhile, Gyllenhaal's Loki is a rich collaboration between the actor, wardrobe and makeup to create a character with enough back story to fill a few movies of his own. So much so, in fact, that it's frustrating how little of that background comes to light to inform this movie. As it is, Loki's tattoos, his buttoned-up but tieless sartorial inclinations, his slicked-back hair, his tics — they're all idiosyncrasies masterfully rendered, but weirdly lacking context.

Loki is a skilled creation, but lacking that sense of why, it's hard not to think of him as an artistic construct rather than a character. The same goes for Prisoners, a work of impressive craftsmanship that winds up making us think too much about how it was fashioned rather than what it has to say.