Accessibility links
Movie Review - 'A Single Shot' - A 'Shot' In The Gloom, And Then All Hell Breaks Loose In the gritty and graphic A Single Shot, a man accidentally kills a woman while hunting and becomes entangled with a group of criminals. Directed by David M. Rosenthal, the film stars Sam Rockwell, Jeffrey Wright and William H. Macy.

A 'Shot' In The Gloom, And All Hell Breaks Loose

A 'Shot' In The Gloom, And All Hell Breaks Loose 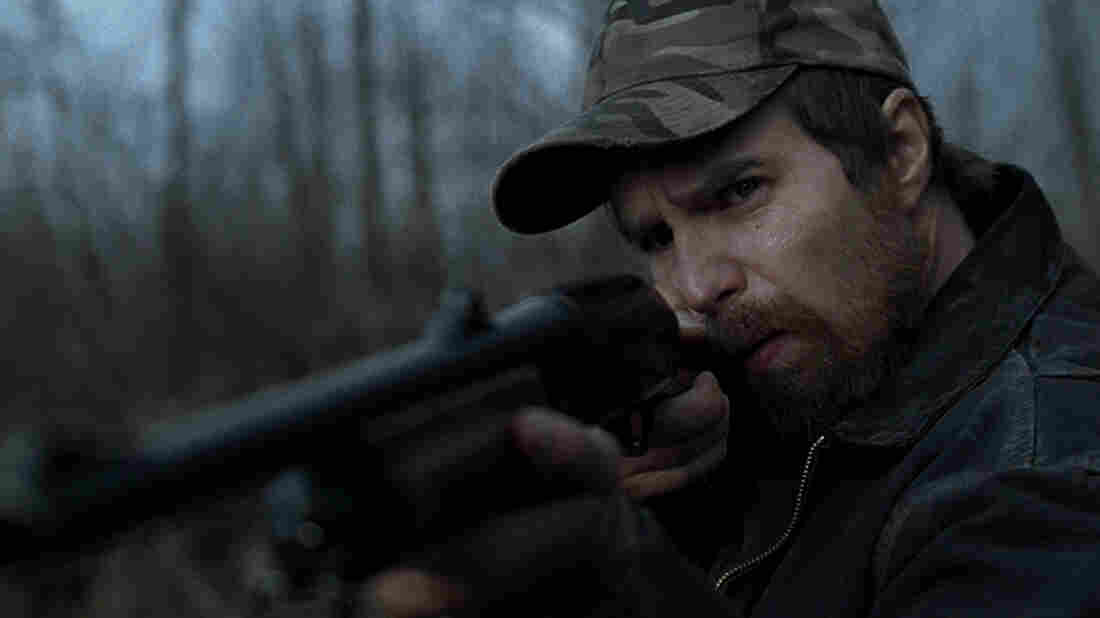 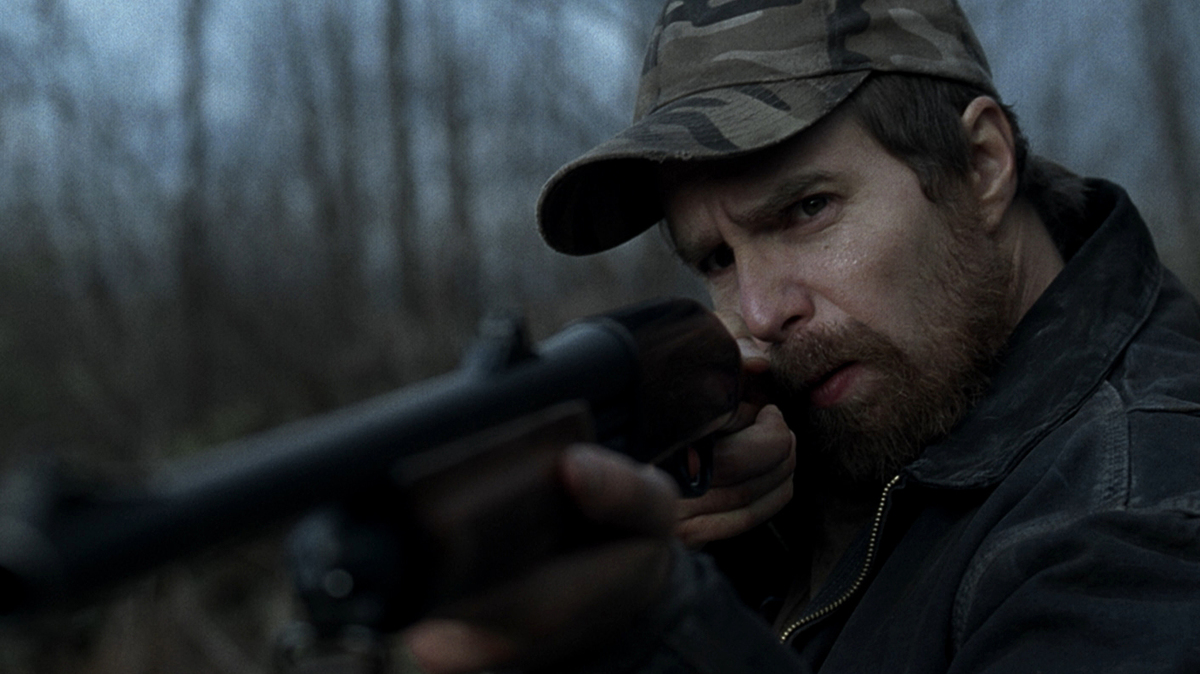 Sam Rockwell plays John Moon, an unemployed farmer who launches a series of unfortunate and bloody events after he mistakenly shoots a woman while hunting a deer.

Watch enough TV or movies these days, and you're likely to witness a throat getting slit. Not off-screen, or in a flash, but performed in full view of an unflinching camera. Call it authenticity, call it chutzpah or call it sadism, it takes only a few episodes of, say, Boardwalk Empire or Breaking Bad to realize that our visual storytellers are increasingly going for the gore.

A Single Shot slits no throats, but it does ratchet up its violence to comparably vicious levels. And unlike that in Boardwalk or Breaking Bad, its brutality has little justification. It serves only as a faux marker of realism — but one that masks an scanty Etch A Sketch vision of the American criminal underworld it's out to portray.

Shame — because in its opening scenes, the film actually hides more than it reveals. Directed by David M. Rosenthal and adapted from his own novel by Matthew F. Jones, the movie begins with John Moon (a terse and effective Sam Rockwell) living alone in a shack in the woods.

While out on an early morning hunt, he takes off in pursuit of a deer and, after hearing some rustling in the trees, accidentally shoots and kills a young woman. He drags her body to her nearby camp site, where stashed in her tent, he finds a box filled with thousands of dollars in cash.

The film tells us nothing, at least to start, about why this woman was in the woods with so much money. And it provides equally little information about why John decides to hide the body and run off with the cash. Unfortunately, only one of these story lines will prove satisfactory — and it's the least developed of the two. 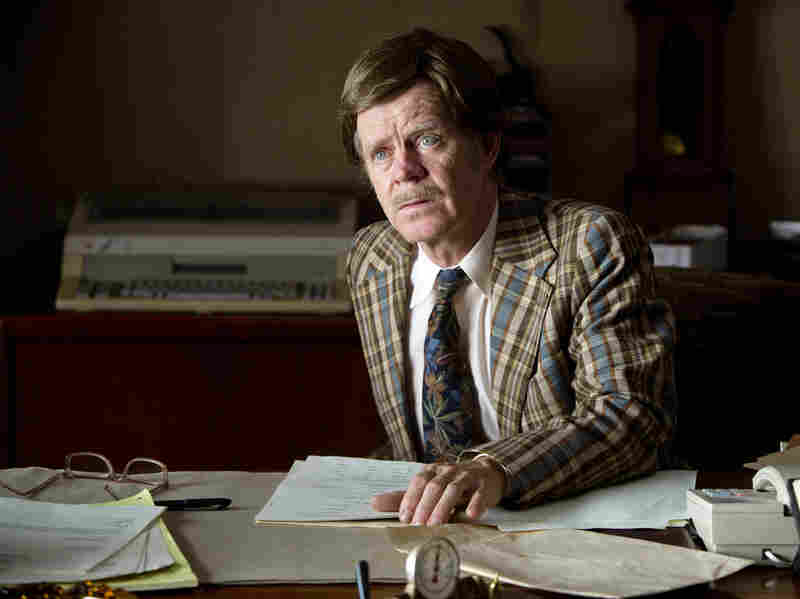 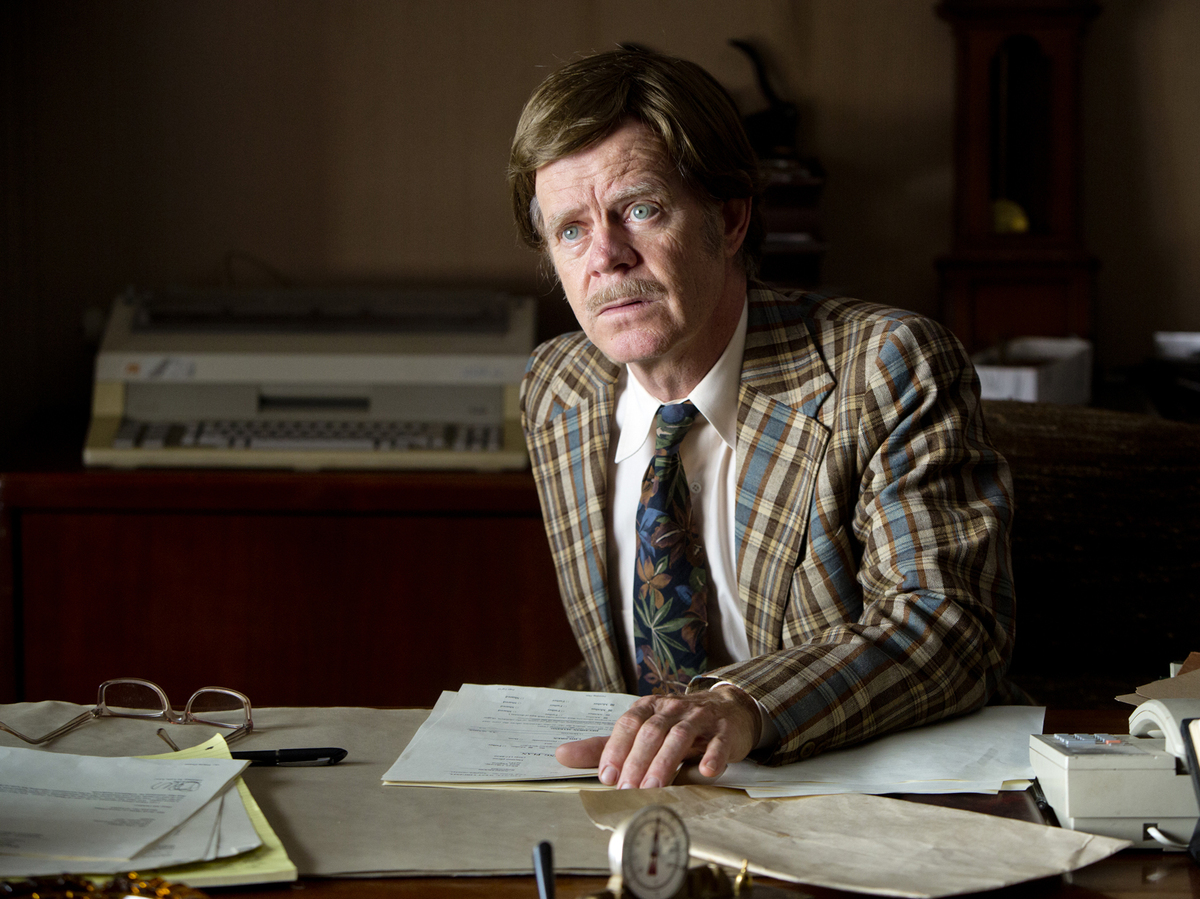 Turns out John's wife, Jess (Kelly Reilly), recently left him and took their son, Nolan (Beckham Skodje), with her. "After Nolan was born ... all of a sudden she wanted more," John explains to his lawyer (an underused William H. Macy). More, in this case, meaning something other than what John is: an out-of-work farmer who can't hold onto a job that doesn't involve working the land.

Or perhaps he simply doesn't want another job. "Not everyone gets to do what they love and get paid for it," a friend tells John after he gets offered full-time work on his family's old farm.

The film's brief glimpses of John's struggle to reunite his family are as close as A Single Shot comes, alas, to providing its world with a meaning — one that could potentially give context to, if not explain, its violent outbursts.

Instead the film spends most its time unraveling a long tale of who-killed-whom-and-why, explaining where that box of money came from and why its previous owners are so desperate to get it back. The back story disappoints less for its convoluted nature than for its failure to create a convincing set of motivations for its characters.

Rockwell does solid work giving John a morose interior to complement his strong, silent demeanor, but not so those playing the characters who threaten him, who end up with little substance to back up their menacing looks. That leaves the film with little way of demonstrating just how cold-hearted said persecutors really are, rather than showing us. Very explicitly.

By the end, Macy's presence is just one part of what makes A Single Shot recall the Coen brothers' Fargo. That film's now-famous wood-chipper scene can seem strangely tame a decade and a half on, but it still has a lesson to teach: When you show violence in a story that's not really about violence, there'd better be more of a point than just making us squirm.