Accessibility links
Interview: Dean Norris, Breaking Out Of That Good-Guy Mold The actor plays — played? — DEA Agent Hank Schrader on the soon-to-end drama Breaking Bad, as well as local politician Big Jim Rennie on Under the Dome. He chatted with NPR's Steve Inskeep about Hank's disposition, playing these two very different roles, and singing onstage when he was 5. 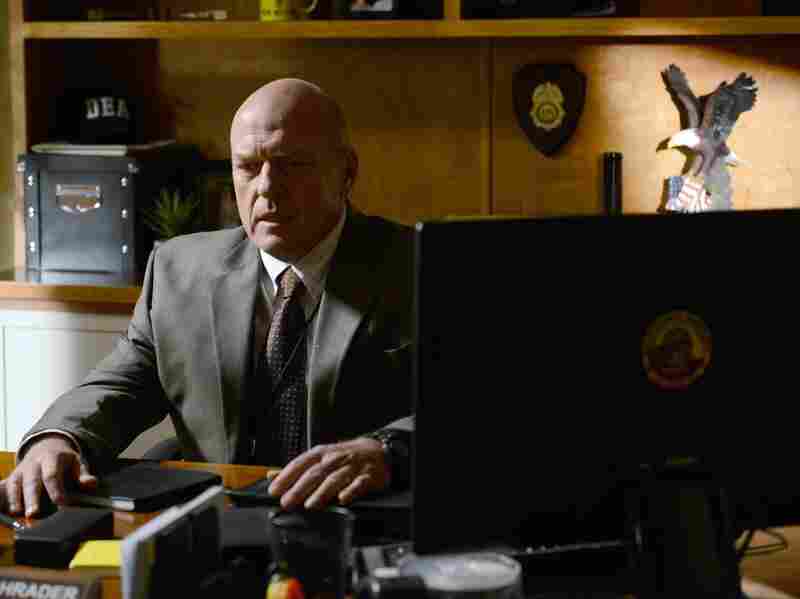 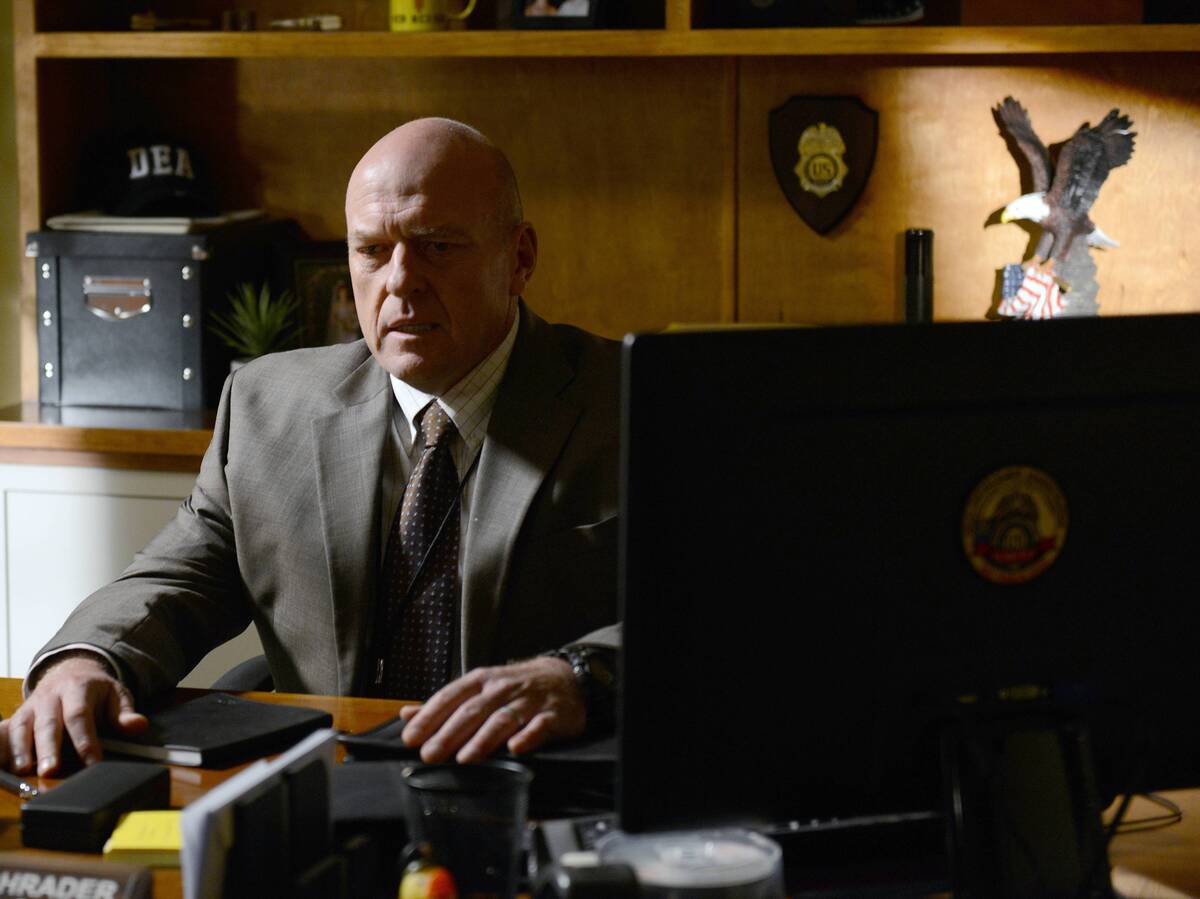 Please note: There's a spoiler farther down this page.

Norris plays — played? — a drug enforcement agent on the acclaimed AMC series, which wraps for good after just two more episodes. His character's brother-in-law is a chemistry teacher with cancer who, at the series' outset, gets into cooking methamphetamine to pay for his treatment.

But even as Breaking Bad began to wind down, Norris kept busy on Under the Dome, a summer sci-fi show based on a Stephen King novel. His character, Big Jim Rennie, is a small-town politician who takes control after the town is cut off — literally, by a giant dome that suddenly materializes above it — from the outside world.

On his final episode of Breaking Bad

Yeah, that was surreal. I've been killed before, but not a character that I played for so long and gotten to know, and got inside his skin. When we filmed it, it was just sad, because it was saying not only goodbye to that character, but it was saying goodbye to Bryan Cranston and Vince Gilligan and the whole show. ... I thought they wrote me the best death the guy could have. He went out with dignity. Vince kind of explained it to me when he first told me: "The only thing you have left is your dignity, and you're going to keep it when you die."

On his character's path over the course of the show 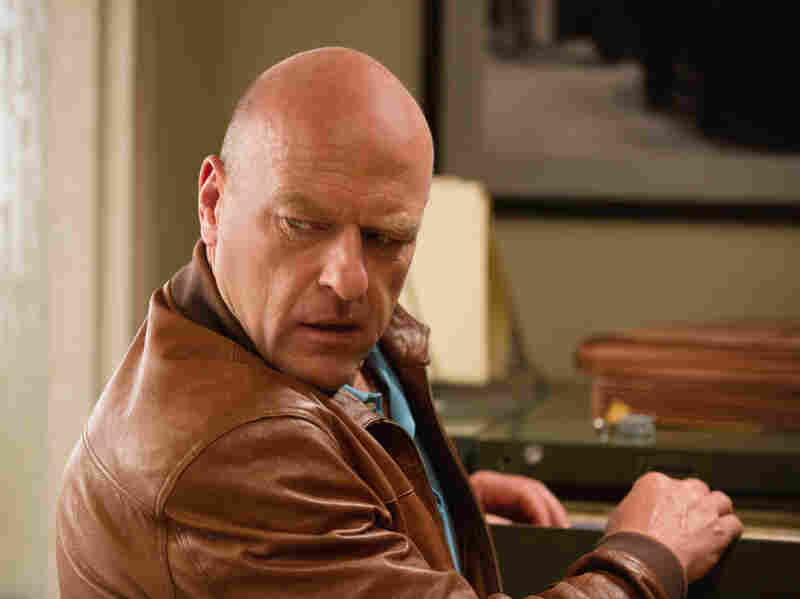 On Under the Dome, Norris' character Big Jim is far more willing than Hank was to work outside the law. Michael Tackett/CBS hide caption 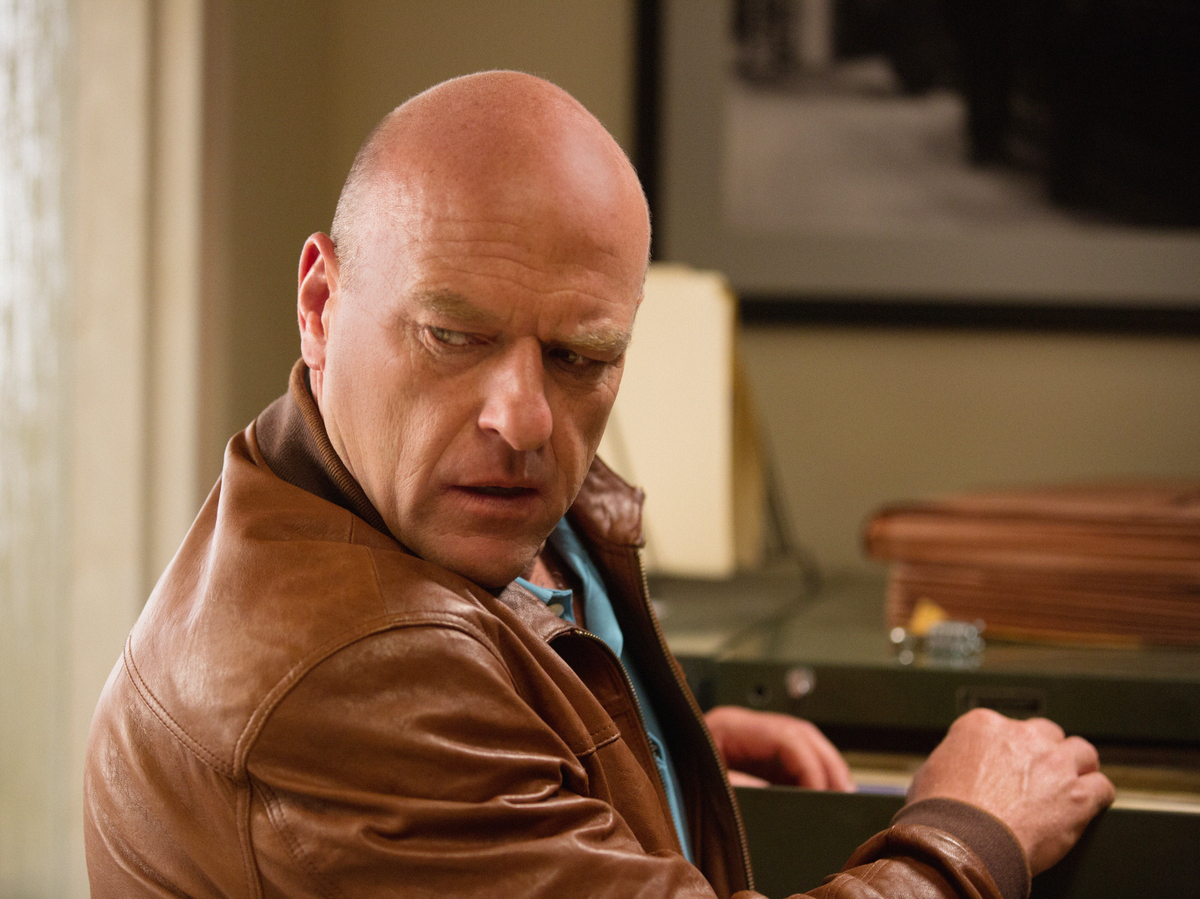 On Under the Dome, Norris' character Big Jim is far more willing than Hank was to work outside the law.

It's really one of the main concepts of the show that his brother-in-law is hiding in plain sight, as the saying goes. It's impossible for him to have imagined that this dweeby high school chemistry teacher could possibly be this [drug kingpin] Heisenberg. ... We always had wanted to walk this line, because we didn't want him to be a stupid character. We wanted him to be really good at what he did. And he was never satisfied, as the DEA was, that they ... had caught Heisenberg a couple times. And many times they didn't believe Hank Schrader. So he was on his trail, he got close, and at the end he finally figured it out.

On not reading the book version of Under the Dome

I had the book and was going to read it, and it became clear by talking to the producers and writers and CBS that we were going to deviate from the book, and so I decided not to read it. I'm told the character in the book is a little bit more of a straightforward bad guy. And it immediately became clear to me that we didn't want to do that, that we wanted to have a more complex character.

I think Big Jim thinks that he's helping the town, that he's helping people — and he is! I think that he is! It's just that his way of going about it sometimes leads to death and destruction. In his own mind he's not an evil guy, he's the guy who can take care of this town.

On the differences between him and his character Big Jim

I'm not the guy that wants to stand up and lead, to be honest with you. But I understand it as a character. As Big Jim Rennie, I understand how it works. You know, everyone else sees this dome as a crisis, and he sees it as an opportunity. I always kind of imagined him as a guy who was reciting Winston Churchill speeches in the shower and kind of waiting for the day he can show his leadership abilities — and all of a sudden this dome comes down and he's like, this is it! This is the time! But no, as a person I don't [get it]. I'm not the guy who wants to get up and lead a bunch of people into battle or anything like that.

On starting to perform at 5 years old

I remember very clearly, literally at the age of 5 years old, my parents would take me to bars where big bands were playing, and I would go up there and sing in my little white suit and people would throw money. They would throw money at me! And then afterwards really pretty women would ask me to sit on their laps, and they'd give me money. I'm like, OK, I get it — if you perform well you get to sit on pretty women's laps and they give you money.