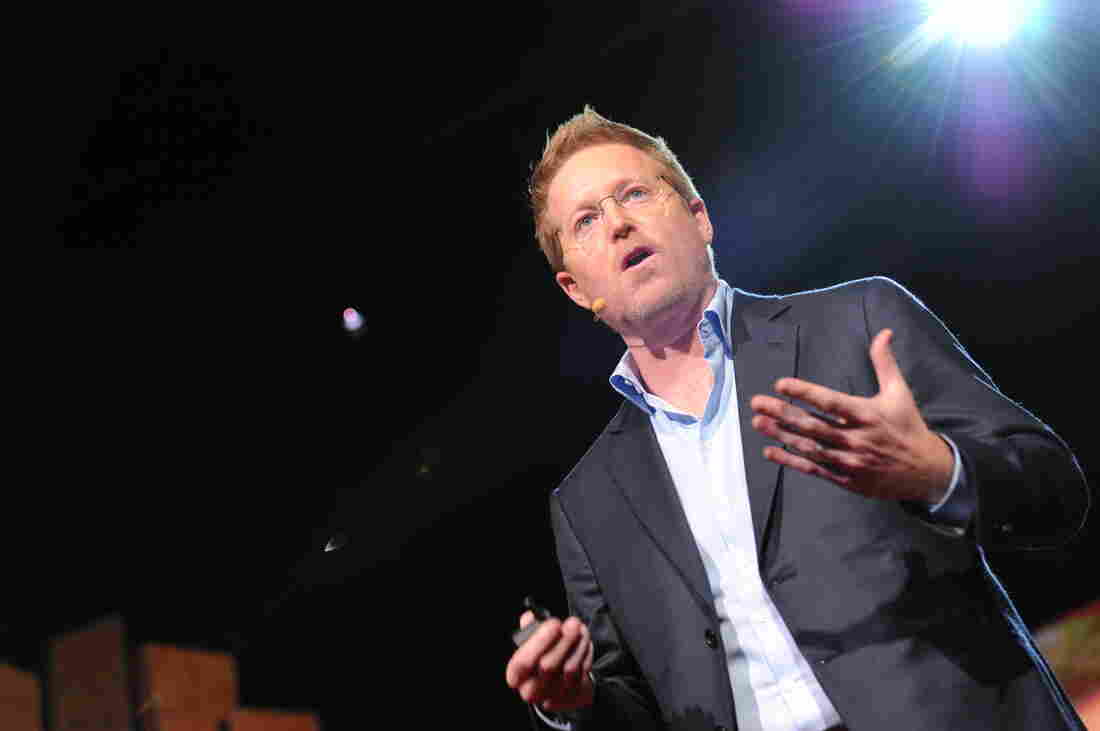 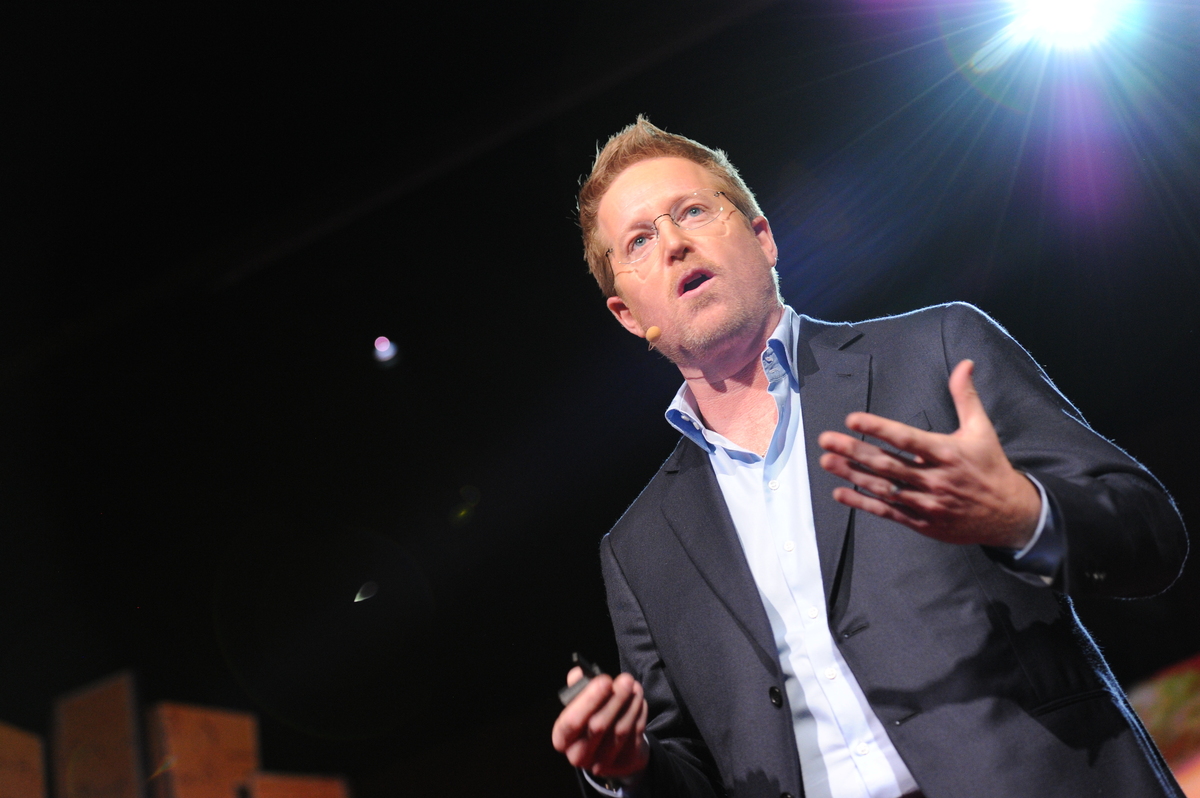 Filmmaker Andrew Stanton on the TED stage in 2012.

What Are The Clues To A Good Story?

Part 1 of the TED Radio Hour episode Framing The Story.

Filmmaker Andrew Stanton explains how the strongest storytelling is joke telling. Later this episode, Stanton shares his best strategies for putting together a compelling story, like the ones from his hit movies Toy Story and WALL-E. Listen to the full interview here.

Andrew Stanton is a filmmaker at Pixar. He's the writer behind the three Toy Story movies, and the writer and director of WALL-E. Stanton wrote the first film produced entirely on a computer, Toy Story. But what made that film a classic wasn't the history-making graphic technology — it was the story, the heart, the characters that children around the world instantly accepted into their own lives. He has two Oscars, for Finding Nemo and WALL-E.

Pixar's Andrew Stanton, Animating From Life
The People Behind Pixar's 'Toy Story 3'
Thanks, Pixar, From All The Girls With Band-Aids On Their Knees

Andrew Stanton On TED's Blog: My Life In Story, Backwards
Related TED Playlist: How To Tell A Story
Related TEDTalk: JJ Abrams On 'The Mystery Box'