Accessibility links
California Seeks Answers On Questionable Prison Sterilizations A media investigation revealed this summer that scores of female inmates received prohibited sterilization procedures in California prisons between 1997 and 2010. State lawmakers are now demanding an audit into the legally questionable tubal ligations, to find out if coercion was involved. 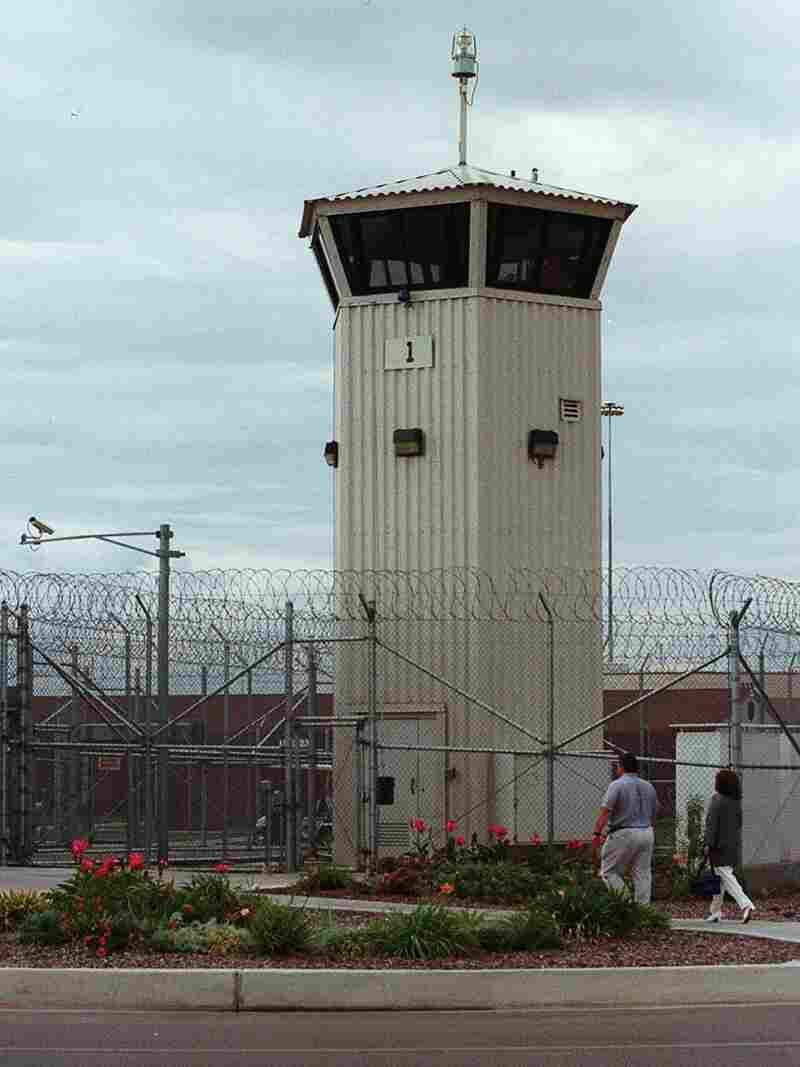 Lawmakers in California have called for an internal audit after an investigation revealed that women were receiving sterilization procedures improperly at several state prisons, including the Valley State Prison for Women, pictured here in 2000. Gary Kazanjian/AP hide caption 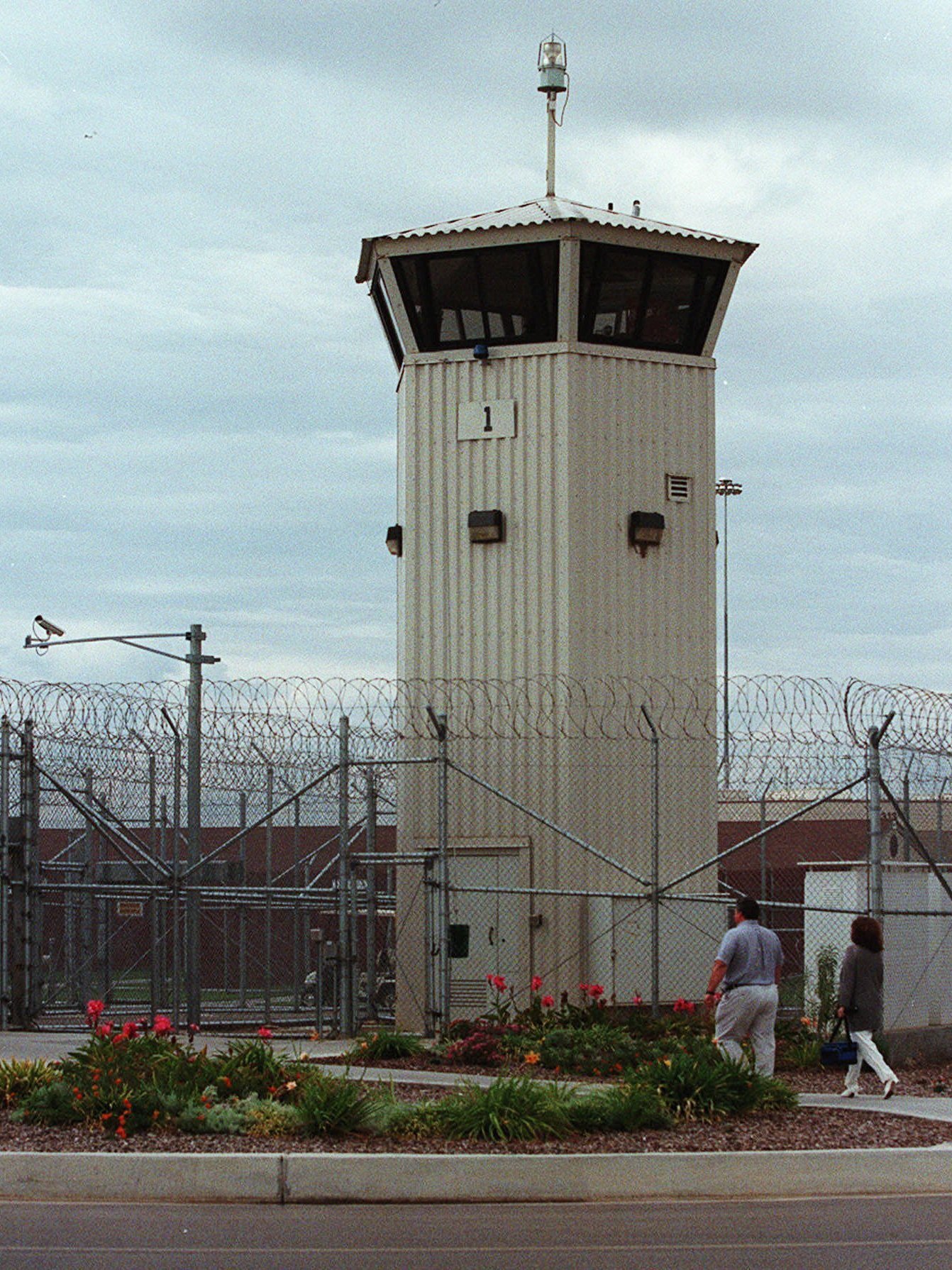 Lawmakers in California have called for an internal audit after an investigation revealed that women were receiving sterilization procedures improperly at several state prisons, including the Valley State Prison for Women, pictured here in 2000.

Sitting in her San Francisco living room, Kimberly Jeffrey is combing her son Noel's hair. He groans, but she meets his energy with calm — and adoration.

Noel's birth was not an easy time. While Jeffrey was pregnant, she served a six-month sentence for petty theft at a state prison. When it came time to deliver Noel through a caesarean-section, Jeffrey was also confronted with the prospect of sterilization.

"As I was laying on the operating table, moments before I went into surgery, [medical staff] had made a statement," Jeffrey recalls. "I'm not even quite sure if he was actually talking to me or if he was just making a general statement to all the medical staff — that, 'OK, we're going to do this tubal ligation.' And I said, 'Hey, I don't want any procedures done outside of the C-section.' "

Jeffrey refused the tubal ligation, but a recent investigation from the Center for Investigative Reporting revealed that scores of female inmates underwent the procedure, which is supposed to be prohibited for California prisoners, between 2006 and 2010.

'A Real Conflict Of Direction'

When some of these sterilizations came to light this summer, lawmakers demanded answers from prison health care officials. In response, prison officials released documents that revealed hundreds of female inmates have been sterilized since 1997. They also produced a 1999 memo directing tubal ligation in post-partum care.

Clark Kelso, the federal receiver for prison health care in California, spoke to lawmakers at a recent hearing about the memo's directive. "We don't know why — it's very long ago," Kelso said. "We don't know why that particular decision was reached ... but that was what doctors in the field were told."

After a federal court ruled human rights abuses were taking place under California state leadership, it appointed the federal receiver to take control of the state's prison health care. But the sterilizations continued.

"It seemed to me we had a real conflict of direction from headquarters," Kelso said.

"I think we're all committed to getting to the bottom of this and making sure that these antiquated notions and almost barbaric concepts are no longer part of our lexicon," she said.

Jackson is a member of the California Legislative Women's Caucus, which requested the state audit. She wants the investigation to reveal more about the circumstances of inmate consent.

"We also want to find out, who are the women who have been sterilized while in prison? Let's break them down by race, by economic situation, by age, by number of children they have," she said.

Jackson is particularly concerned with the possibility of coercion in relation to the procedures. "One could argue, almost by definition, that being incarcerated takes away your ability to voluntarily consent."

California has a unique legacy of discouraging reproduction by people with "less desirable" characteristics. Alexandra Minna Stern, a professor in the department of obstetrics and gynecology at the University of Michigan, says a third of all involuntary sterilizations performed nationally under eugenics laws during the 20th century occurred in California.

"Eugenics, as much as it was about hereditary control, it was also about social control," Stern says. "So it sought to control those and then deprive the reproductive ability [of] those who are identified as problem people in society — so those who were identified as sexually deviant, as you know, a burden on the state, as morons, as feeble-minded."

"When you have a baby, you just ... start over life all over again," Jeffrey says. "Because everything is new again."

The decision to have a child, Jeffrey says, should be every woman's choice.