Accessibility links
Soderbergh's Liberace, 'Behind The Candelabra' In his HBO film, the acclaimed director examines the five-year relationship between the flamboyant entertainer and Scott Thorson, who was 40 years Liberace's junior and still a teenager when they met. Michael Douglas plays Liberace and Matt Damon plays Thorson. 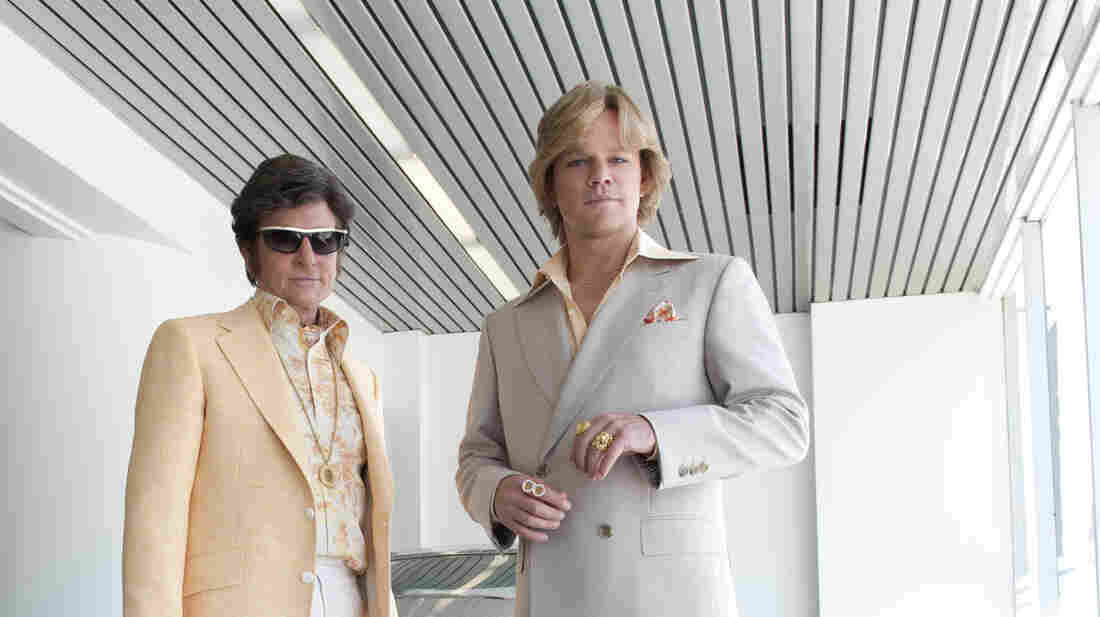 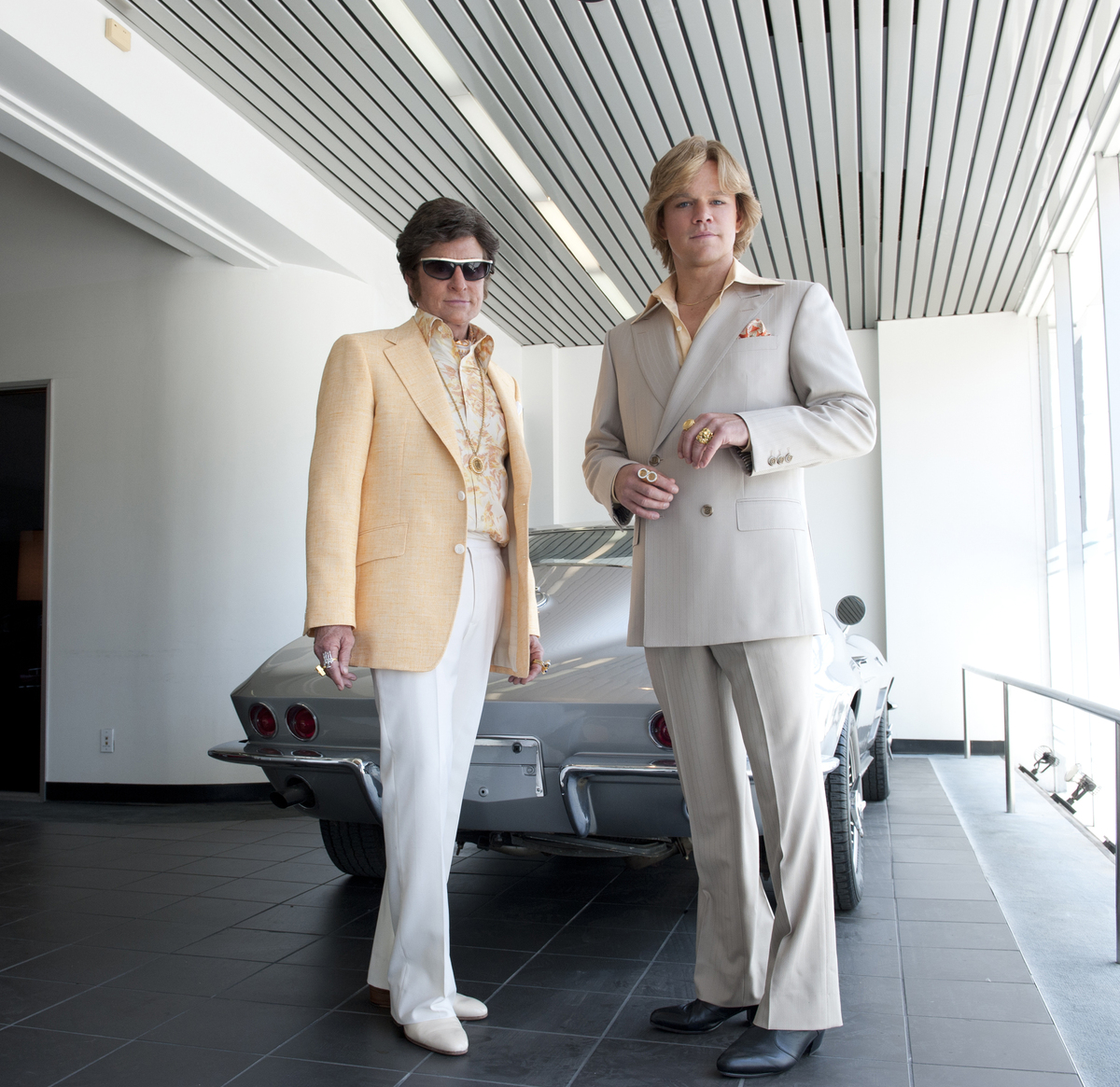 Michael Douglas and Matt Damon star as Liberace and his young lover, Scott Thorson, in Steven Soderbergh's new HBO biopic Behind the Candelabra.

This interview was originally broadcast on May 21, 2013.

Director Steven Soderbergh had been looking for a way to frame a film about the extravagant entertainer Liberace for years when a friend recommended the book Behind the Candelabra: My Life with Liberace. 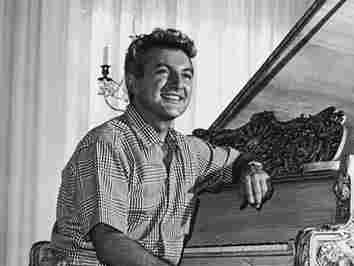 Liberace sits at a gold-leafed piano in the living room of his then-new Hollywood mansion in November 1961. Keystone Features/Getty Images hide caption 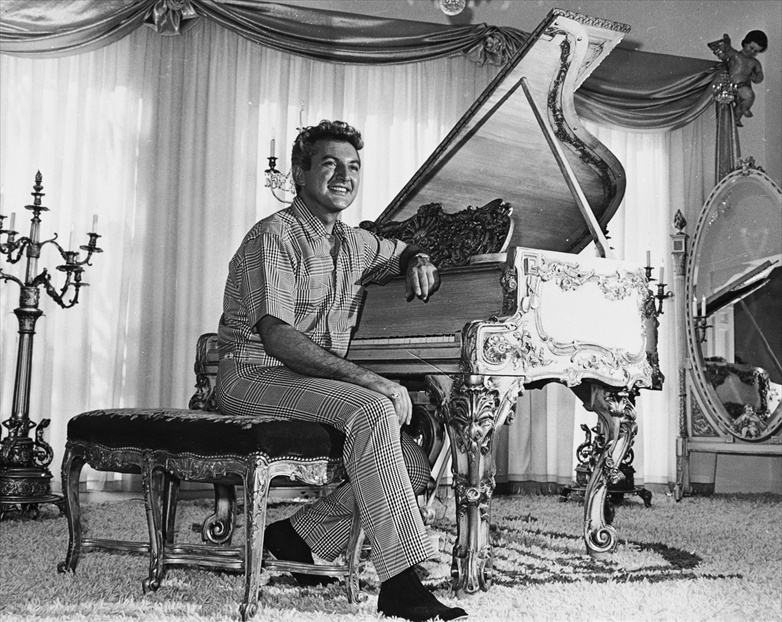 Liberace sits at a gold-leafed piano in the living room of his then-new Hollywood mansion in November 1961.

The book — a memoir — is by Scott Thorson, who for five years was Liberace's lover, though that wasn't publicly disclosed at the time.

Thorson was 40 years younger than Liberace and still in his teens when they met in 1977. Liberace was a huge star, famous for his showy piano playing, his flashy outfits — bejeweled jackets, feathered capes, fur coats — and the candelabra that was almost always on his piano.

"When I read that book, it sort of solved all my problems," Soderbergh tells Fresh Air's Terry Gross. "It gave me a specific time period to deal with; there was the arc of the relationship between the two of them to give me a structure. And that's when things really started to move."

The resulting film, starring Michael Douglas as Liberace and Matt Damon as Thorson, is out on DVD this week and has been nominated for 15 Emmys.

Soderbergh — who broke big on the filmmaking scene in 1989, at age 26, with Sex, Lies, and Videotape — went with HBO for Behind the Candelabra because no major American studio would take a risk on the picture.

"There was a sense," says Soderbergh, "that the movie wouldn't have any appeal outside of a gay audience, and that that audience wouldn't be big enough to return the investment. And so we just couldn't get anybody to do it."

But one of Soderbergh's producers, Jerry Weintraub, was working with HBO at the time and mentioned the project to executives there. It was exactly the kind of film the company wanted to be making — and the deal "was done immediately."

Retro Cooking With The King Of Bling

The relationship between Liberace and Thorson may be the engine of the film, but the same-sex nature of that relationship is not the point.

"It's a very intimate movie," says Soderbergh. "It's a very emotionally intimate movie, and there are scenes between them that are almost uncomfortable in their intimacy. [But they] would be if it was a man and a woman involved. ... I always felt that if we did our jobs correctly, that halfway through the movie you'd forget that it was Michael and Matt and just feel as though you're watching a relationship."

Soderbergh, who previously directed Douglas in Traffic and Damon in the Ocean's Eleven movies and The Informant, was interested in the theatricality of Liberace's persona and the precedent it set in show business.

"You could make an argument that Liberace really invented the idea of 'bling,' " he says. "I mean, nobody was dressing themselves like this. When you look at the people that have followed him — whether it's Elvis or Elton John or Cher or Madonna or Lady Gaga — you know, all these people are sort of building on something that he began."

On whether his upcoming hiatus is about creative freedom 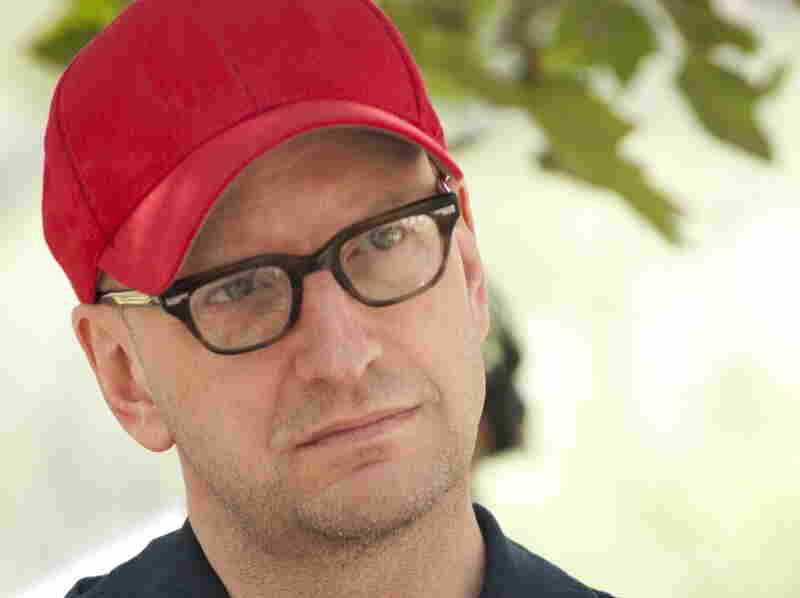 Soderbergh made his name as a director in 1989, with the critically acclaimed Sex, Lies, and Videotape. He's since turned in crowd-pleasing hits like Magic Mike, Erin Brockovich and Ocean's Eleven and its sequels, as well as more adventurous films including Contagion, Solaris and The Girlfriend Experience. Claudette Barius/HBO hide caption 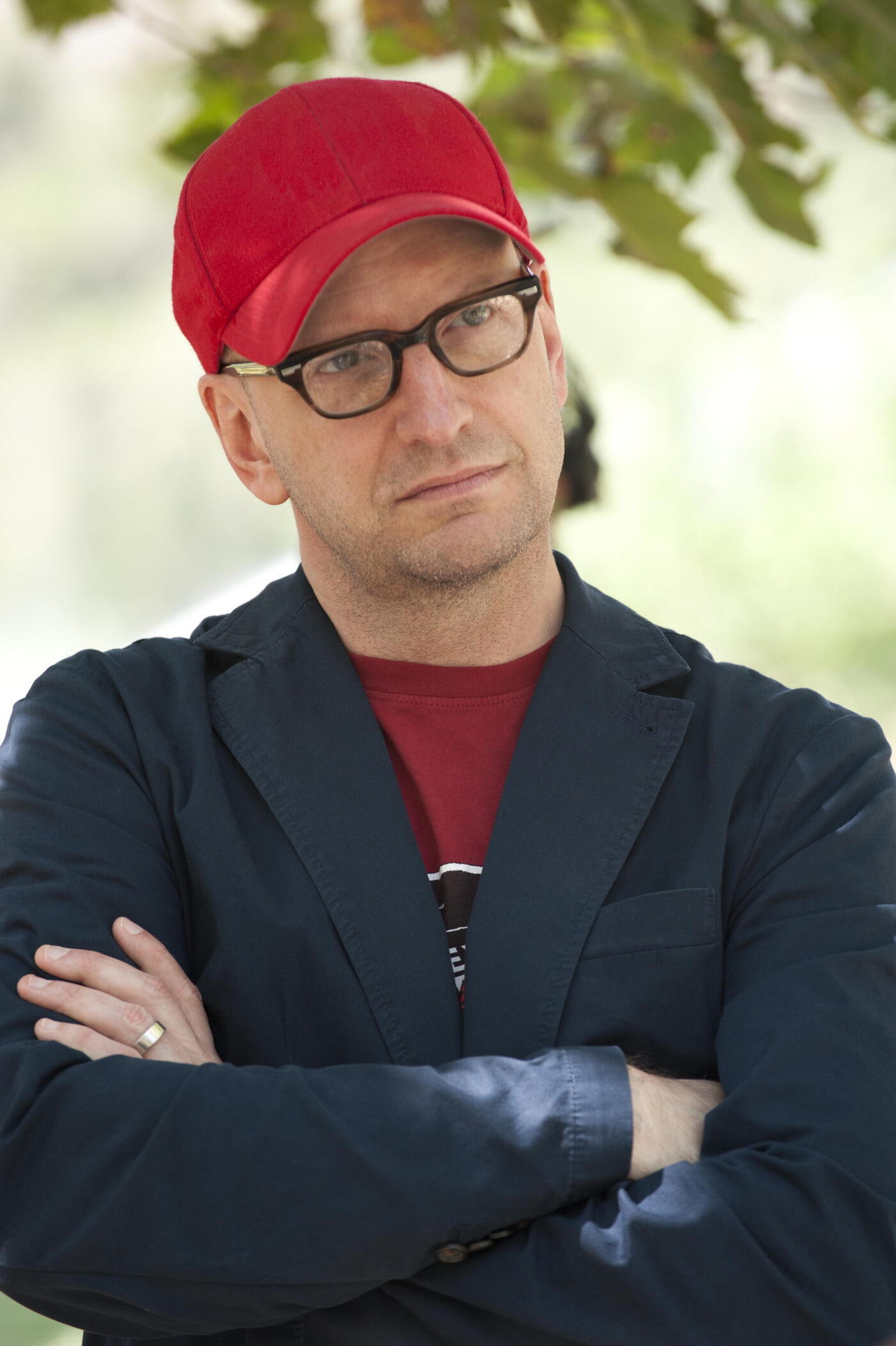 Soderbergh made his name as a director in 1989, with the critically acclaimed Sex, Lies, and Videotape. He's since turned in crowd-pleasing hits like Magic Mike, Erin Brockovich and Ocean's Eleven and its sequels, as well as more adventurous films including Contagion, Solaris and The Girlfriend Experience.

"It's partially that. It's partially the fact that the box is getting smaller, that there are economic pressures that sort of force it to become more and more constricted — and that's neither here nor there. That's just the way it goes. The business isn't as fun as it used to be — or at least as fun as it was when I came up a long time ago.

"And then there are just creative issues of my own, of feeling that I need to sort of tear down everything I've done and rebuild from scratch. And that's a process I think is not incremental. I feel I can go and work on some things in television while I'm thinking about my relationship to movies, whereas I don't think I can think about my relationship to movies while I'm making a movie."

On watching Jaws for the first time

"I came out of that film in St. Petersburg, Fla., in the summer of 1975, and my relationship to movies had completely changed. I had always seen a lot of films because my father loved movies, but in that two hours and four minutes, they went from something I used to view as entertainment and became something else. And I had two questions when I came out of that theater. One was, 'What does "directed by" mean, exactly?' And [the other was] 'Who is Steven Spielberg?' "

On children discovering their talents

"High school, I never cracked a book. I mean, I got by just on the fact that I read a lot and sort of coasted on what I knew, but every waking moment during that period I was either making a movie, reading about a movie or seeing a movie if I was awake. And [my father] just let it happen, you know. He was very supportive because he loved movies, too.

"And, I think, at a certain age — I've had this happen with my daughter, who has a pretty remarkable singing voice, and when I saw her perform as a 9th grader in the lead of a school play, to see your child do something that you could never do is a great moment. And I think [my father] saw very quickly that I was doing things that he would have never been able to do."

"It's an opportunity, because of the format, to exercise a muscle that I want to keep exercised, and it's not entirely unrelated to my process of trying to figure out what I want to do with movies. I don't even know if I could really articulate how it's connected to that process, but I know it is somehow. There's something in the process of me sort of dribbling this thing out that is connected to how I'm thinking about cinema.

"The idea of Twitter and tweets, I've never viewed it as something that I would ever use for topical issues. ... I would hope that the things that are on there are true today and are true 10 years from now or 15 years from now. I don't want to use it as, you know, 'What I ate' or 'What I went to go see that night.' I'd like it to be somewhat more permanent than that, and ... it lends itself to a certain kind of format — in this case, a kind of genre. ... Sort of abstract-y spy book with some photographs thrown in. And it just seemed like, 'All right, this could be fun, and I'll do it as long as I can sustain it.'"