Accessibility links
Book Review: 'The Complete Tales And Poems Of Edgar Allan Poe' As a child, author Koren Zailckas was an introvert with numbed emotions. When her fourth-grade teacher, "Mr. Cool," assigned the works of Edgar Allan Poe, she was horrified. Murder? Torture? How inappropriate! But the terrifying stories and poems transformed her: she says they scared her into life. 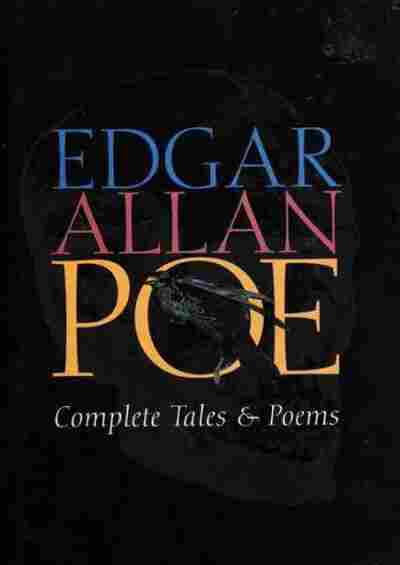 The fourth grade blessed me with "the cool teacher." I've long since forgotten his name, but I haven't forgotten the sound of him tearing into the teacher's parking lot every day on his Harley Davidson. In memory, Mr. Cool towered over me at six-foot-something, his death-metal hair offset by a wiry goatee, his Air Jordans a bright counterpoint to his spider web tie.

How can I put this gently? I was a shy child, and Mr. Cool scared the bejesus out of me. ("Shy," in the late 80s, seemed like a psychological catch-all for everything from healthy introversion to full-blown anxiety disorders and PTSD, and I fell somewhere in the middle.) If I'd been allowed to pick my teacher, I would have opted for Mrs. Vaguely Maternal, who would have filled a void where affection was missing. Mrs. Maternal wore her hair in a marm-ish up-do and called her students "sweetheart." Mrs. Maternal smelled of Toll House cookies.

Mr. Cool smelled of something else: mutiny and, if memory serves, tobacco. He seemed — at least in my limited experience — like the kind of person who questioned authority — the same authority that put me in a cold sweat.

My strict mother, for example, disapproved of Mr. C on principle, and anytime she read my homework over my shoulder, my stomach started to ache the way it did before a dental exam. I didn't want to get Mr. C into trouble at the next parent-teacher conference or PTA meeting, and I couldn't stand the thought of him making my home life any harder.

And so I initially greeted Edgar Allan Poe's Complete Tales & Poems with a sense of prudish horror. How inappropriate! I thought, as Mr. C planted a copy on my desk. There was a high buzzing sound in my ears as he introduced it with words like "murder" and "torture."

Are you crazy? I wanted to gasp. Mom won't let me watch the Simpsons on moral grounds! And you're telling me to read a story about a dude who hacks off an old man's head and hides his dismembered body beneath the bedroom floorboards?

But it was even worse than that. Mr. Cool didn't just want us to read Poe's tales, he also wanted us to act them out in little five-minute plays. The theatrics were a shy girl's worst nightmare. Worse than public speaking, this was public shrieking. We were supposed to stand before our peers, shuddering with terror and muttering like mad people, pretending to be burned or buried alive.

I watched in horror as Mr. C blue-tacked a poster of the author to the wall. Was I the only one who noticed Poe wore the exact same overcoat as Dracula? His scarf sat high and bandage-tight on his neck, almost as though it concealed a wound. But most disturbing of all were the bags under Poe's eyes. They reminded me of the rings on a tree — if you added them up you'd get the sum total of all the years he'd been too scared to sleep.

But the second I cracked the spine, I was transformed. I became — at least inwardly — a 9-year-old goth. Reading Poe was like a near-death experience, the kind that makes you feel fragile and free in its wake. I felt almost as though I'd scared myself alive. 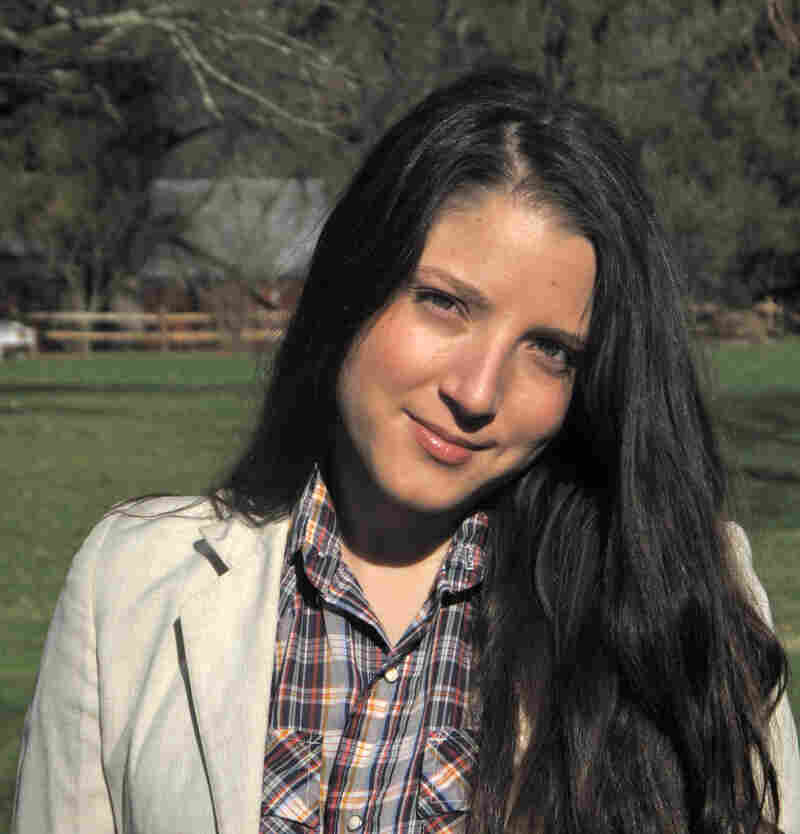 Koren Zailckas is also the author of the memoirs Smashed and Fury. Courtesy of Random House hide caption 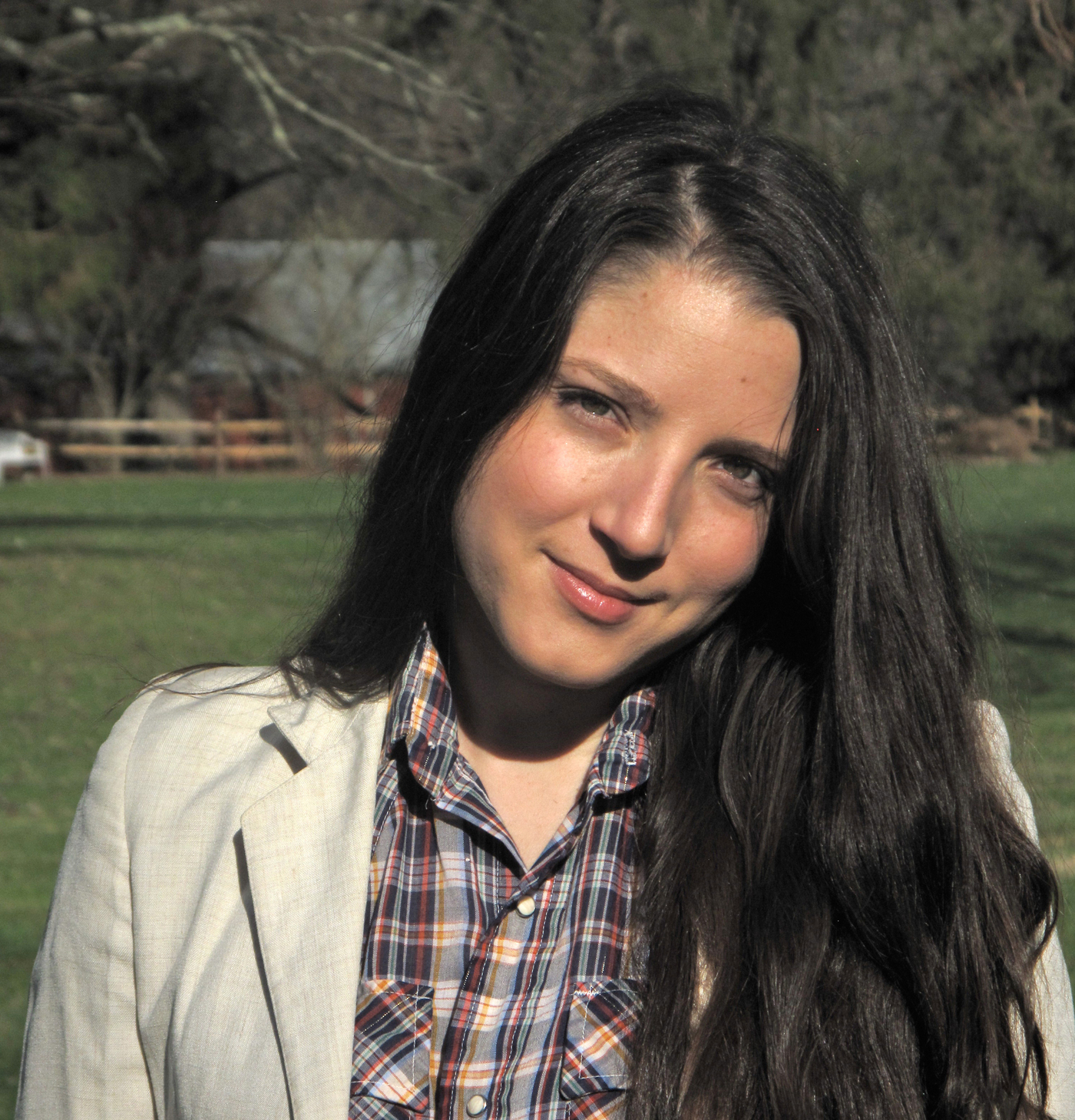 Koren Zailckas is also the author of the memoirs Smashed and Fury.

It was the poetic language that hooked me at first. The rhythm of the Raven — suddenly there came a tapping / As of some one gently rapping — sounded like a scared kid trying to rock herself to sleep. Such sing-song meter was the stuff of nursery rhymes, but where Mother Goose only highlighted the painful contrast between my childhood and the cheerful illustrations on the page, Poe spoke to the fear and stress that never left me. Deep into that darkness peering, long I stood there wondering, fearing. ... It sounded like the kind of incantation you could repeat at night to ward off evil spirits.

Twisted as it sounds, Poe's stories were even more reassuring. For the first time, as a reader, I felt understood. At home, after school, my heart pumped ten-speed. I collected phobias. I had fainting spells and recurring nightmares. Within the confines of my family, I felt as claustrophobic and smothered as the buried-alive narrator in The Premature Burial. The reality I woke to every day was a lesser version of The Pit and the Pendulum: condemnation, isolation, punishment for an offense I couldn't quite figure out (I could only assume, with a child's logic, that my crime was merely being alive).

Poe was scary, for sure, but puberty was just around the corner and I was already a cowering mess. Poe's world offered no more reassurances than mine did. And oddly, that felt way more comforting than anything I could think of — more encouraging, even, than the thought of Mrs. Maternal patting my shoulder and telling me everything would be okay.

For the rest of middle school and much of high school, I returned to Poe over and over again — the same way his cataleptic narrator returns to his medical books — because traumatizing myself helped me feel a little less helpless.

I'd been numb for so long, so out of touch with my emotions. Poe made me realize my fuzzy senses, dry mouth, and shallow breathing were fear. Naming the feeling somehow lessened it. And after that, I was free, in the words of Poe's buried narrator, to read things other than "bugaboo tales" and to love books "on other subjects than Death."

By the time I became a teenager, I could finally hear, beneath the base chaos, the low, distant sounds of my own feelings, my own identity, my own voice. And thanks to Mr. Cool — thanks to Poe — I was ready to rip up the floorboards to find them.