Accessibility links
Banned Romance: What's So Bad About Happily Ever After? As Banned Books Week begins, we take a look at one frequently banned genre: romance. Romance novels have a long history of censorship, and author Maya Rodale argues that it's not just the naughty bits that get the censors upset — it's the idea that women can love freely and still live happily ever after. 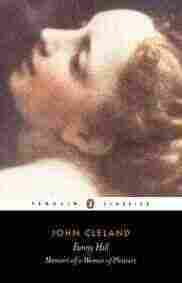 Fanny Hill or Memoirs of a Woman of Pleasure

As Banned Books Week begins, it's a good time to examine one genre that frequently falls afoul of censors: romance.

When it comes to books banned for obscenity, it's easy to assume that just the naughty bits are getting people all hot and bothered. But what if there's a more subversive threat lurking within the pages of sexually-explicit novels? From Fanny Hill or Memoirs of a Woman of Pleasure to Lady Chatterley's Lover — and even modern day romance novels — there's a long tradition of books starring sexually adventurous heroines who are rewarded with a happy ending. There's also an equally long tradition of either banning such books outright or dismissing them completely. Compare that to many other heroines of classic, required-reading novels who dally with love only to die in the end: Juliet, Anna Karenina, Clarissa, Madame Bovary. What's the problem with heroines who love and live happily-ever-after?

Lady Chatterley is only slightly less adventurous; the forlorn wife of a paralyzed soldier, she embarks on several love affairs, but it's her relationship with the gamekeeper on her husband's estate that leads to her sexual awakening. The author, D.H. Lawrence, doesn't shy away from explicitly describing many instances of their lovemaking, her discovery of pleasure or — gasp — using the f-word.

What is most scandalous of all is how these books end. After all her shocking erotic romps, Fanny ends up rich and married to her first love — a classic happy ending. Lady Chatterley leaves her husband for the promise of a life with her lover. In short, she chooses herself over all the things that are supposed to matter, like marriage to a wealthy man and delivering an heir. The heroine who loves and lives happily-ever-after is inspiring; she sends a message that it's okay for readers to try this at home. And she's potentially dangerous to a status quo that has long relied on a woman's duty to her husband, children and home.

Perhaps it's not such a big deal anymore — which is why books like Fifty Shades of Grey can become so very, very widely read. But historically, when the social order depended upon an image of women as chaste, pure and dedicated to nothing but their place in the home, novels — especially ones featuring adventurous, pleasure seeking heroines — were looked at askance. They could tempt a woman to escape the house and explore life on her own terms — and where would it all end? So novels became controlled substances, either banned or made too expensive to own (thanks to a stamp tax in 19th century England). And though that didn't stop some women from devouring novels with rule-breaking love stories, a general attitude of derision meant many women didn't read novels – or talk about them if they did.

Books like Fanny Hill or Lady Chatterley's Lover aren't the only ones to give a message that exploration of a woman's pleasure can lead to happily-ever-after. Each year, thousands of romance novels are published and eagerly read by millions of women. Each one contains a central love story — in which sex is not shied away from — with an emotionally satisfying ending. While these books haven't been banned outright (though some libraries initially refused to stock Fifty Shades of Grey), a sense of embarrassment about them often ensures they are kept secretly in bedside tables or hidden away on e-readers. Novel readers — particularly of romance — often deal with snide questions like, "you don't really believe that, do you?" as if to erase the idea that such pleasure-seeking is possible in real life.

Even after it was banned, Fanny Hill continued to be quietly printed and published for the next two hundred years until the ban was lifted in the 1960's. And in spite of all the snark they get, many women continue to read Fanny's modern sisters in romance, and believe that they too deserve pleasure and gratification without fearing punishment. It seems you can't keep a good book down — especially if it contains naughty bits and a happily-ever-after.

Maya Rodale is the author of multiple historical romance novels (yes, they have "naughty bits"). She lives in New York City with her darling dog and a rogue of her own.