Accessibility links
Somali President Tries To Pull Country Out Of Emergency Hassan Sheikh Mohamud says Somalia needs international help to move into recovery and then toward development. During his year in office, Mohamud has lead an effort to drive out the extremist group al-Shabab, which has terrorized cities and towns across the country. 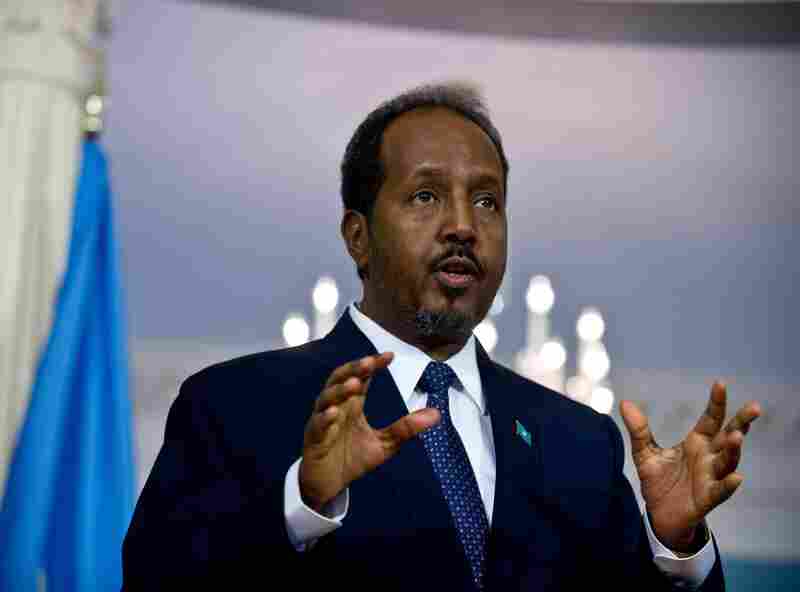 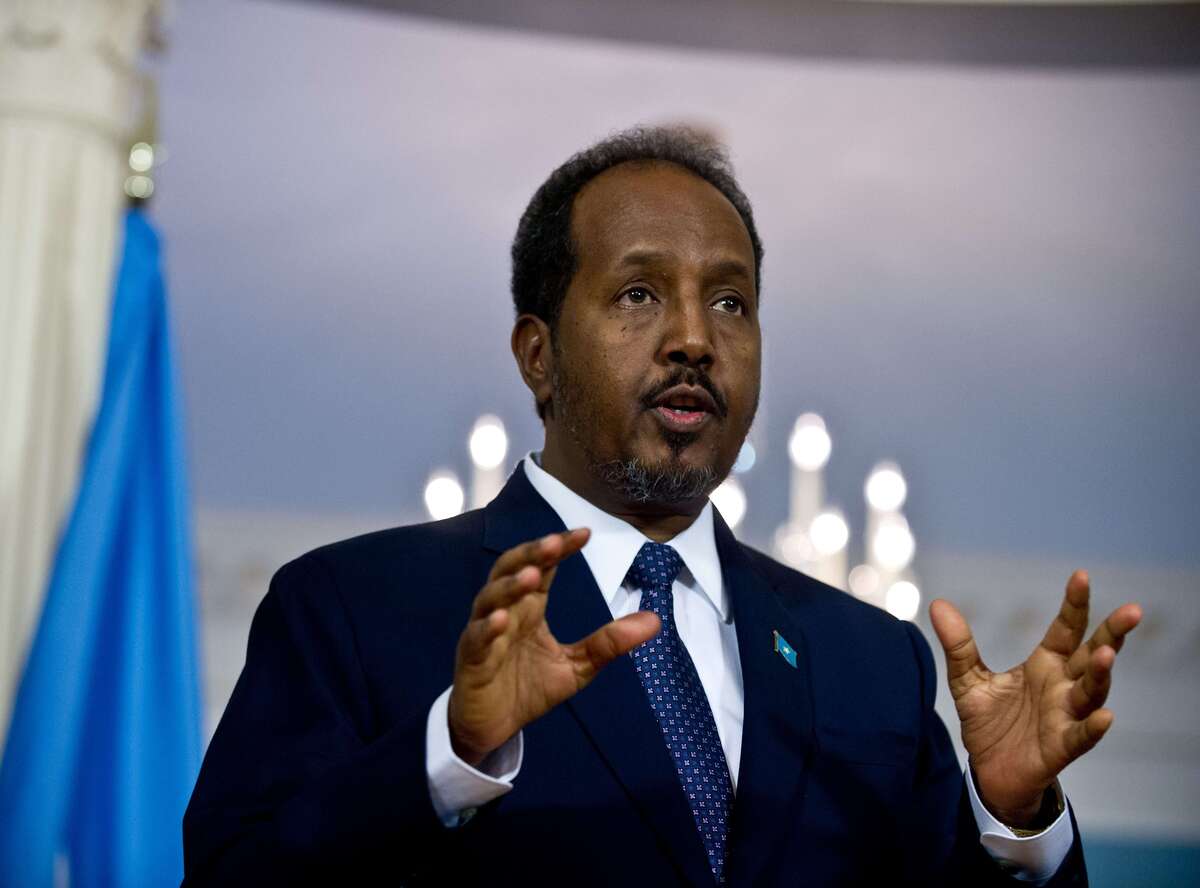 Somali President Hassan Sheikh Mohamud speaks to the press prior to talks at the U.S. State Department on Friday.

The extremist group al-Shabab claimed responsibility for a deadly attack on a mall Saturday in Nairobi, Kenya. Just to the east of Kenya, Somalia has been desperately trying to drive the Islamist group out of its towns and cities.

Somali President Hassan Sheikh Mohamud, after being in office for a year, says the terrorist network in his country has dissolved, but insecurity is still the norm. "They don't have borders," he says, noting that two recently killed leaders were an American and a British citizen. "That proves that this is an ideology, and anybody who believes that ideology is part of Shabab."

Friday, Mohamud met with Secretary of State John Kerry, who said the Somali president and his allies "have really done an amazing job of fighting back and building a state structure."

On Sept. 13, a new United Nations mission was deployed to the country, and Somalia continues to have support from the African Union. The annual United Nations General Assembly meeting opens on Tuesday, and Mohamud will be making his pitch to the international community about why Somalia is worth its aid.

He spoke with Weekend Edition Sunday host Rachel Martin about fighting al-Shabab and his hopes for Somalia.

"The nature of this type of organization is when they lose militarily, they melt down into the society and they [continue] on this suicide bomb mission or roadside bombs, they're using IEDs or a bomb, hand grenade throwing in the middle of the night. And this type of incidence will continue for some time, but we have all the confidence that this will also end soon. ...

"I came to the office a year ago when Shabab was in control of all Somali territory, including Mogadishu, the capital. And from that one year, we pushed Shabab far away from the capital, and we took over most of the regional capitals in Somalia, and we're continuing to push them."

Making the case for investment, despite ongoing challenges

"This trend will continue, unless we make a genuine intervention in aid, and the only option that's available right now is the international community to support the state-building of Somalia, so that we will have functioning state institutions in place. This is what we have been sharing ... all over the world, whenever we can.

"This is the second time coming here in Washington, and we're presenting the progress that we're making and the plans that we have in place so that the world supports those plans. The world does not support individual leadership or group or whatever, they support plans and programs that take Somalia out of the emergency to recovery and then from recovery to development in the future."