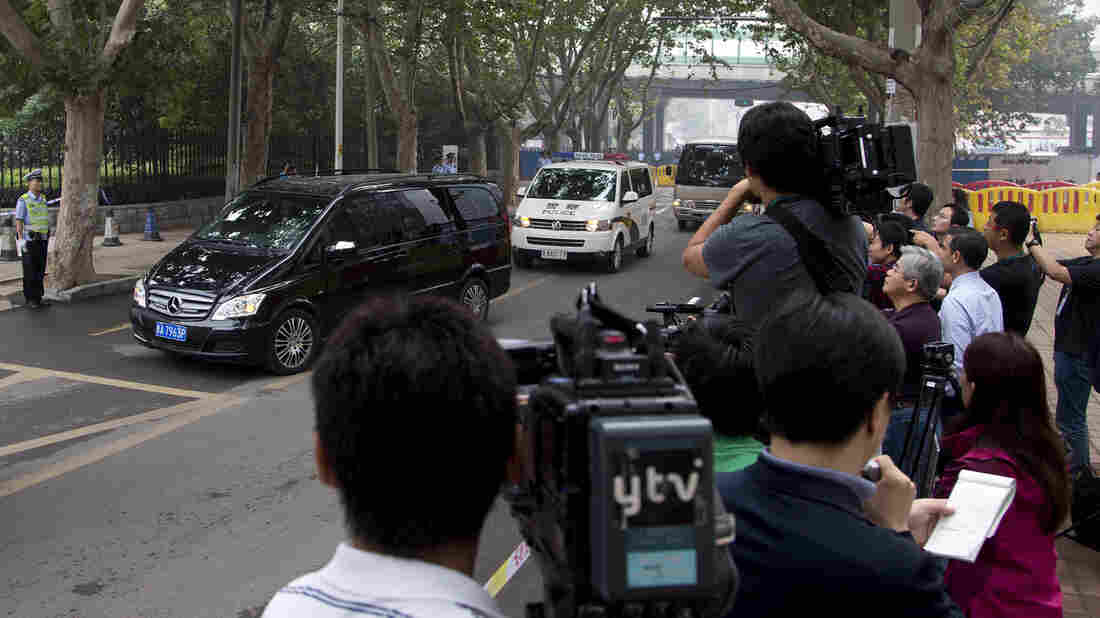 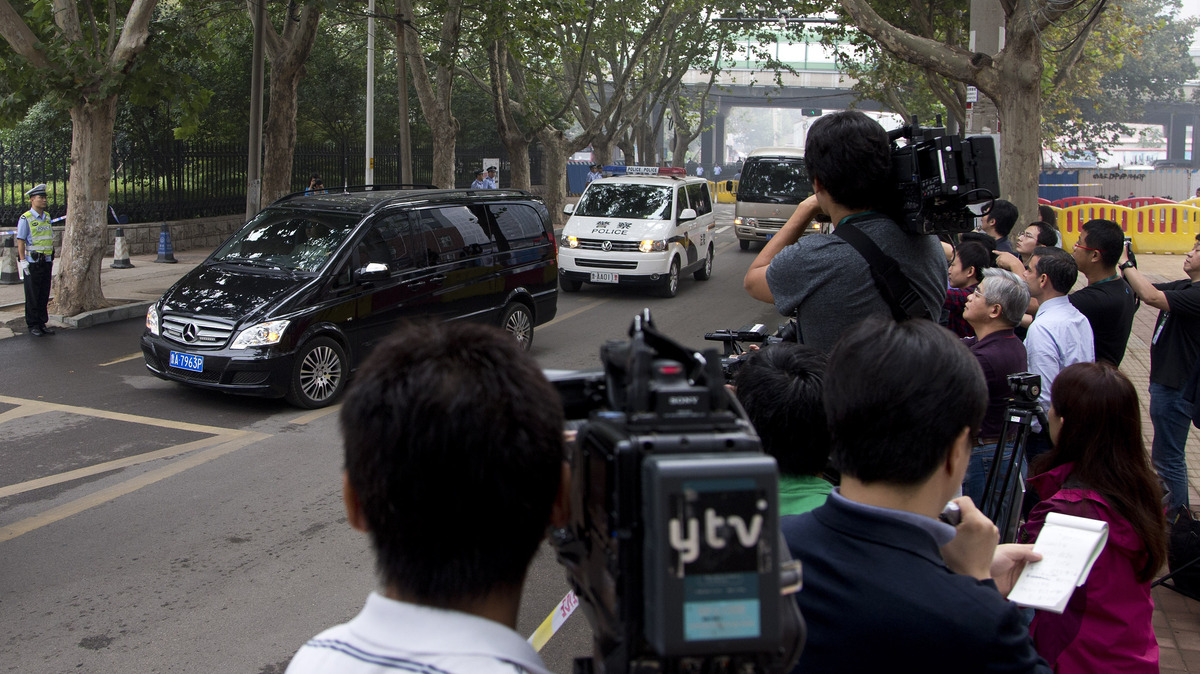 A court in East China sentenced former top Chinese official Bo Xilai to life in prison for corruption after one of the highest-profile political trials of recent years.

Media coverage of the court hearings transfixed audiences with details of murder, a love triangle and lavish official life styles. The case may prove to be a political Pandora's box that could bring down even higher-ranking officials and widen divisions over the country's future direction.

Observers describe Bo as an exception, a maverick and a wild card whom President Xi Jinping apparently saw as a political threat. 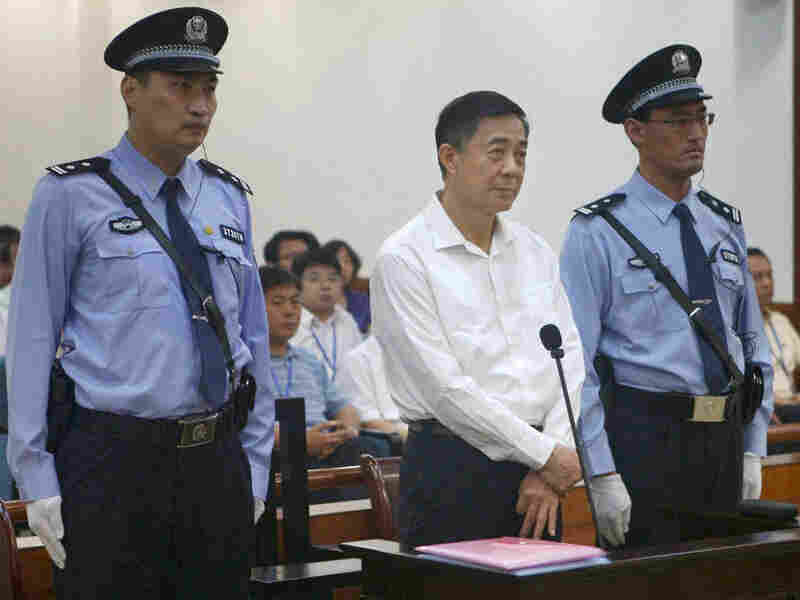 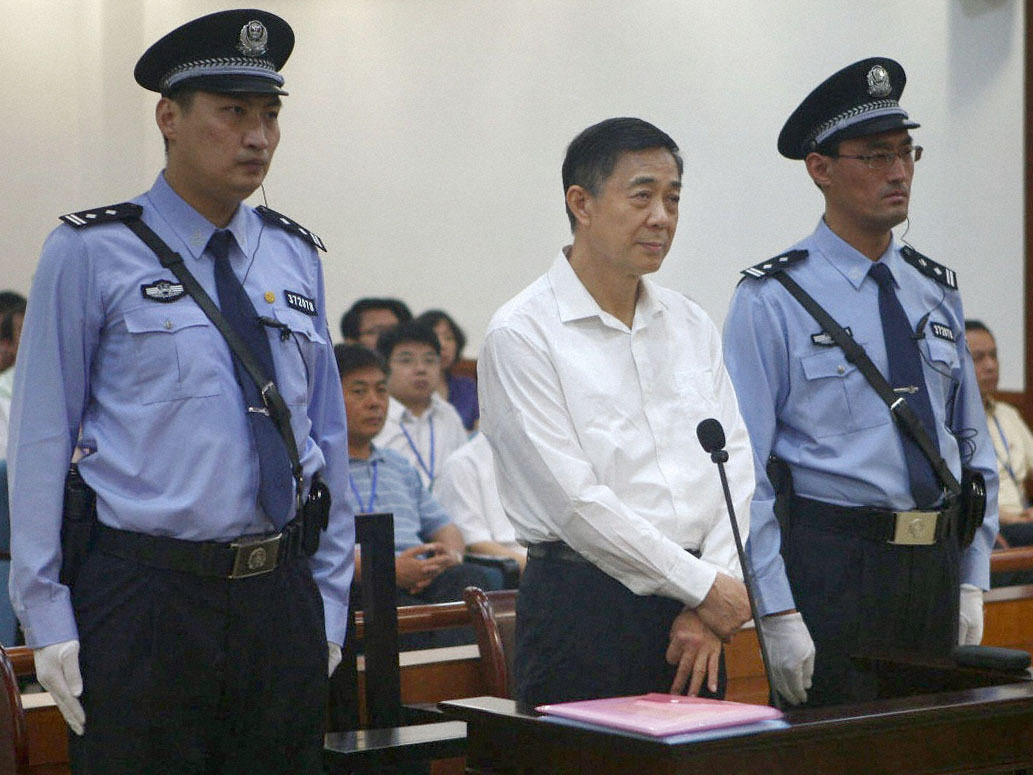 Disgraced politician Bo Xilai stands during his trial on corruption charges in August.

Outside the courthouse, Bo's supporters heatedly defended him. Inside the courtroom, Bo rejected every allegation. He assailed the credibility of every witness against him, including his wife.

Zhang Lifan, a Beijing-based historian, says that Bo believes his status as the son of a communist revolutionary entitles him to make rules, not follow them.

"In his mind, his family was one of the founders of this system," Zhang Lifan says. "So he has no use for rules."

Towards the end of the trial, Bo dropped a bombshell: He told the court that his wife and his chief of police were involved in an extramarital affair, stuck together "like glue and paint," as he put it, thus injecting an element of human pathos and tragedy into the whole saga.

Bo used this information to deny involvement in his wife's murder of British businessman and family associate Neil Heywood, and his police chief's attempted defection to a U.S. consulate.

The police chief testified that he had uncovered Heywood's murder and he feared Bo wanted to silence him, and that's why he sought asylum.

Commentator Han Pingzao said he was stunned to hear Bo admit the humiliating details of the affair in court.

Han paraphrases Bo's argument this way: "[Police Chief] Wang Lijun didn't try to defect because I slapped his face, or because I knew about the murder and tried to silence him. It's only because his illicit relationship with my wife fell apart that he tried to defect. So this proves that I didn't know about the murder."

Zhang Lifan says Bo is denying everything with an eye to his political future.

"I think Bo has made a wager, and that is that the political situation will change, and that he will have a chance to stage a comeback," he says.

Observers say Bo's case is politically sensitive because it suggests that China lacks a clear way to arrange political successions.

Zhang Ming, a political scientist at People's University in Beijing, notes that China doesn't want to elect its leaders, and it no longer has hereditary dynasties.

"So the succession issue has been resolved by several big bosses who appoint successors," Zhang Ming says. "That works if the bosses have the authority. If they don't, then there will be dissent within the party. So politically, Bo was saying, 'I don't agree with your arrangements, and I'm going to use my own methods to fight for the top post.'"

The main question now is whether the purge that brought Bo down will be extended to his even more powerful patron. That man is believed to be ex-security czar Zhou Yongkang.

But attacking Zhou could be politically divisive. And the government may face more difficulty in laying the Bo Xilai affair to rest if Bo decides to appeal the verdict.