Accessibility links
Interview: Stephen King, Author Of 'Doctor Sleep' Was King's 1977 The Shining your first fictional scare? Now, after nearly 40 years, King has followed up his horror tale of a little boy and a haunted hotel with a sequel called Doctor Sleep. "I wanted to revisit Danny and see what he was like as a grown-up," King says. 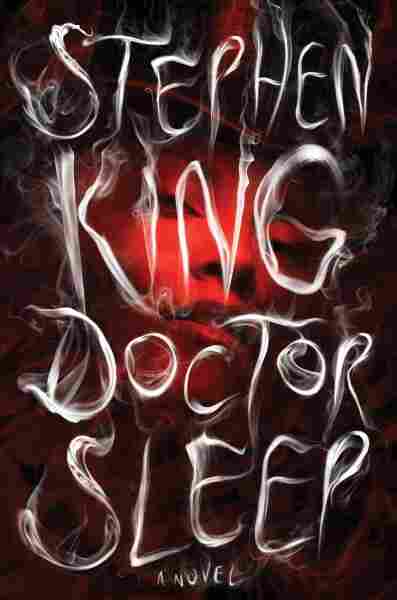 Remember the first time you felt really terrified — and liked it? "Being scared is like sex," Stephen King says. "There's nothing like your first time."

For a lot of readers, King's 1977 horror novel The Shining may have been their first fictional scare. "An awful lot of the people who read The Shining were like 14 years old, they were at summer camp, they read it under the covers with a flashlight on," King tells NPR's David Greene.

The Shining tells the story of Jack Torrance, the troubled caretaker to an isolated, ghost-ridden hotel, and his son, Danny, a boy with a paranormal gift — and curse. Three years after its publication, the story of Jack and Danny was adapted for the screen by Stanley Kubrick.

Now, nearly four decades later, King picks up Danny's story as an adult in the novel's sequel, Doctor Sleep. King tells Greene that revisiting such a celebrated horror story was no small challenge.

On why he decided, after all these years, to return to the characters of The Shining

I wanted to revisit Danny and see what he was like as a grown-up. I think that we all have this ... desire to reconnect with friends from when we were younger — you know, that's the whole basis of high school and college reunions. So, I was also wanting to re-meet some of the people I knew from The Shining. I also wanted to investigate this whole idea about, can we rise above our parents? Can we rise above the mistakes that our parents made or the character flaws that our parents had?

On his approach to writing 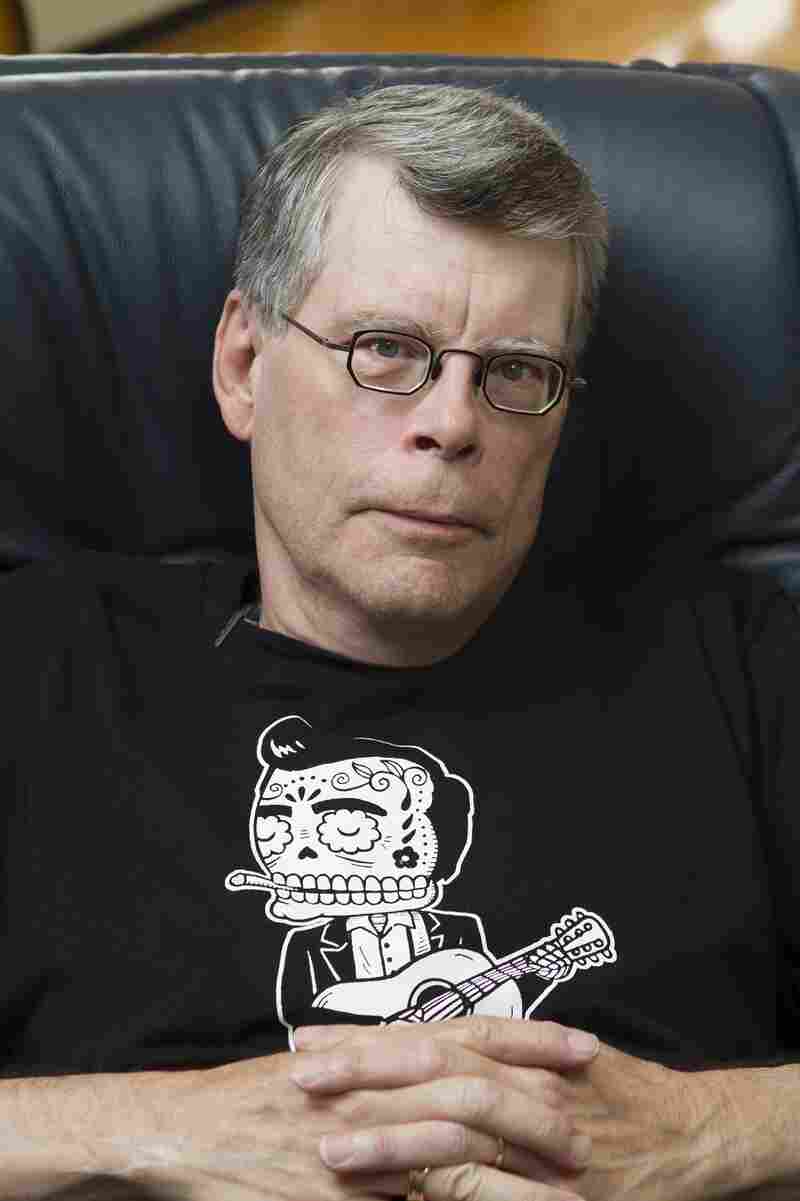 Stephen King is the author of more than 50 books, including The Shining, Carrie and The Dark Tower series. Shane Leonard/Courtesy of Scribner hide caption 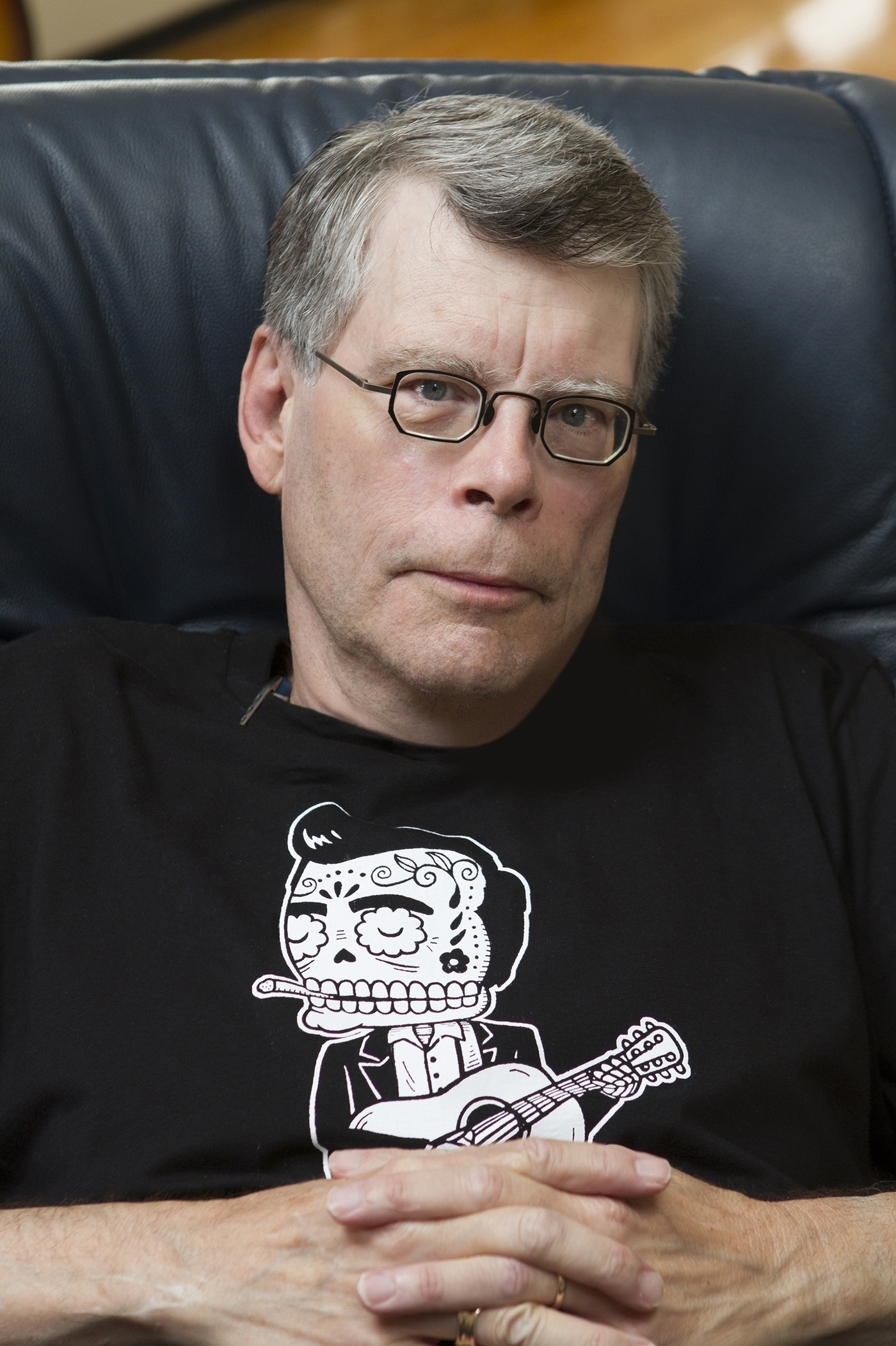 Stephen King is the author of more than 50 books, including The Shining, Carrie and The Dark Tower series.

On why alcoholism plays such an important role in Doctor Sleep

I was interested in [alcoholism] for a lot of different reasons. There does seem to be a genetic predisposition to alcoholism — that's the nature part. The nurture part is that if you grow up in a household where there's a lot of drinking, you have a tendency to become a drinker yourself. I wanted to see if it was possible to escape those things.

The other thing that sort of interested me was that Jack Torrance never tries Alcoholics Anonymous. That is never even mentioned in The Shining. He does what they call "white-knuckle sobriety" — he's doing it all by himself. I wondered what it would be like to see Danny first as an alcoholic and then see him in AA.

One of the traditions of AA is, we try to maintain complete anonymity at the level of press, radio and films — and, as you know, we're on the radio right now ...

Knowing that I was a very heavy drinker at the time that I wrote The Shining and that I haven't had a drink in about 25 years now, you could draw certain conclusions from that, but I wouldn't cop to it. Let me just say this ... I've done a lot of personal research in these subjects.

On his prolific production in writing

There are plenty of people who have got lots of talent. This world is lousy with talent. The idea is to work that talent and try to get to be the best person that you can, given the limits of the talent that God gave you — or fate, or genetics or whatever name you want to put on it.

A lot of people have suggested that the stuff that I do may be second-class because there's so much of it. My response to that is: I'm going to quit and be dead for a long time. This is the time that I've got, and I want to use it to the max. I really want to try and mine everything that I've got.

I'm very interested in the actual act of dying, which is the last great human action that we have in our lives. It's the one event in our lives that no one can describe adequately because nobody comes back to talk about it.

On why he's willing to "get spiritual" in his books, but not in interviews

I let my characters speak for me. ... My main job is to tell stories and to be a storyteller, and what I feel about spirituality, the afterlife, this life, are things that should come through in the book. I don't put up any billboards.

The older I get, the more I think about it because the closer it comes. I'm very interested in the actual act of dying, which is the last great human action that we have in our lives. It's the one event in our lives that no one can describe adequately because nobody comes back to talk about it ...

My feeling is, death is the great mystery, and it's the final act in our lives, and it deserves, if anything ever does, the kind of treatment that a guy like me can give it — which is speculative and imaginative.

Read an excerpt of Doctor Sleep

A Rock Star, A Novelist And A Super-Producer Write A Musical