Accessibility links
Book Review: 'Rasl,' By Jeff Smith RASL collects all 15 issues of Jeff Smith's comic of the same name, about a time-jumping physicist-turned-art-thief who knows more than is good for him about interdimensional travel. Reviewer Etelka Lehoczky says RASL's female characters can be a little one-dimensional, but overall the book is full of surprises.

Noir Storytelling And Art Thievery In Living Color In 'RASL'

Noir Storytelling And Art Thievery In Living Color In 'RASL' 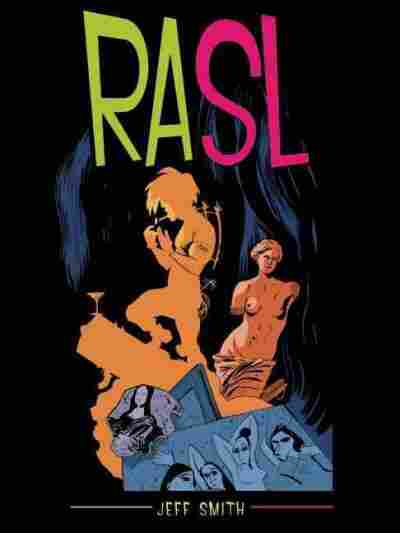 It's drunk lightning. No, more of an Escherian stair step. Whatever you decide to call it, expect to spend a fair amount of the time you're reading Jeff Smith's RASL obsessing over the antihero's nose. Smith's dark tale of a dimension-jumping scientist, whose name is pronounced "razzle," is relayed in a jaggy style that couldn't be more different from that of the artist's Pogo-esque epic Bone. And smack in the middle of almost every panel, like a squiggle of punctuation for this comic's many idiosyncrasies, is RASL's strange schnoz.

RASL's whole face is actually kind of a car crash, especially since he makes a habit of jumping between dimensions of space and time in a homemade suit, leaving him banged-up and oozing. But despite such physical drawbacks and an attitude that makes the average noir protagonist seem like a sweetheart, the self-named RASL — once a physicist named Robert, now an art thief — swashbuckles through dimensions imperceptible to regular folks. When he's not stealing Picassos, he battles baddies and beds babes as only a scientist can. In fact, the whole story not-so-subtly touts the hidden glamour of the sciences. Smith even ties his lead character's fate to that of the once-overlooked master of electricity, Nicola Tesla.

Smith first began publishing the 15-issue RASL comic — here collected in a color volume — back in 2008. He made Robert/RASL a Tesla fan and lovingly interspersed Tesla's struggles and setbacks with the main story. Meanwhile, out in the real world, Tesla turned into something of an Internet sensation. Nowadays his portrait adorns countless joke images, and his name turns up regularly on sites like Reddit. Internet cartoonist Matthew Inman (of The Oatmeal fame) is even working with a nonprofit group, The Tesla Science Center at Wardenclyffe, to preserve Tesla's last remaining lab as a museum. 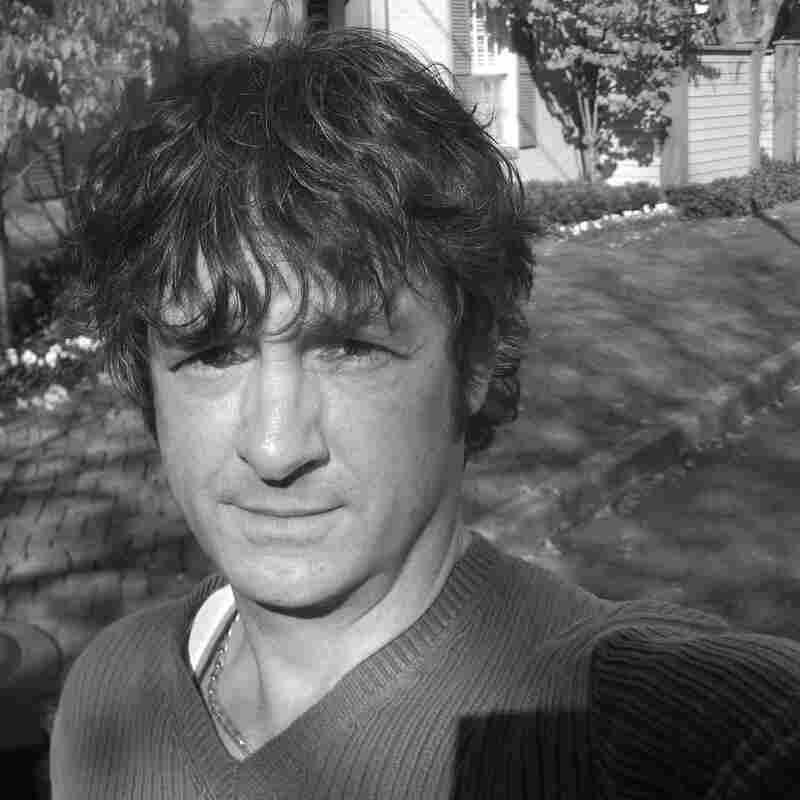 Jeff Smith has published both RASL and Bone independently, launching his own company, Cartoon Books, in order to do so. Cartoon Books hide caption 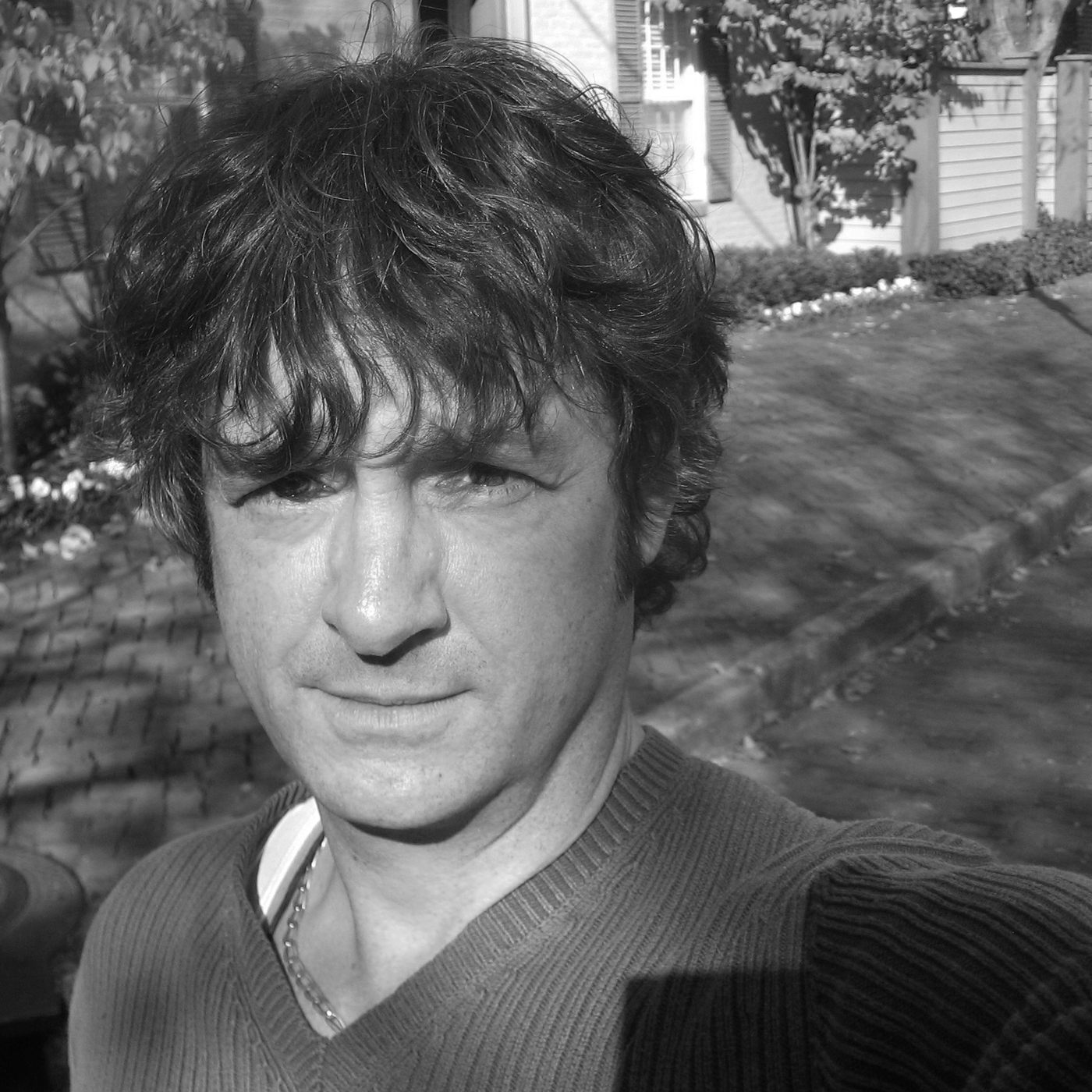 Jeff Smith has published both RASL and Bone independently, launching his own company, Cartoon Books, in order to do so.

Tesla fans may be inspired by his scientific genius, but his underdog status doesn't hurt either — especially in Smith's eyes. It seems that young Robert was no mere acolyte; he actually acquired some secret journals of Tesla's. These were the basis for the up-and-coming physicist's discovery of interdimensional travel. Now the military wants to harness this power for dark ends, so Robert has abandoned his life's work, hiding out in other dimensions and giving himself that weird new name. As RASL, he's pursued by a hit man with a lizard-like face and a ghostly little girl whose gaping eyes and mouth resemble a modernist painting. But while Lizard Guy taunts RASL and tries to kill him, the girl seems to bear a cryptic message.

In between his encounters with these and other strange figures, RASL hooks up with a seemingly endless procession of gorgeous and troublesome femmes fatales. No matter what alternate reality he jumps to, what bruises and sores adorn his cubist mug, he somehow retains a mysterious appeal for women. And unfortunately, they're rather one-dimensional women. The procession of rudimentary lasses enraptured by RASL's dubious charms range from a prostitute with the prototypical heart of gold to a fellow scientist with a face like Tinkerbell, with others met randomly along the way.

Still, the main story is full of surprises. Smith sets most of it in the Southwest, with beautiful deserts and Native American iconography providing eye candy. The timeless setting is an appropriate backdrop for RASL's adventures, and the silent desertscapes make a perfect stage for the jittery lines of his comings and goings. However intricate the story, ultimately much of the series' appeal lies in the unpredictable juxtapositions in the drawings. Hard lines barrel into soft spaces, empty stretches give way to furious explosions of inkwork. Each episode is packed with challenging visuals — right down to RASL's nose.

Read an excerpt of RASL