Accessibility links
How Many Scientists Does It Take To Write A Climate Report? Scientists are about to deliver another major assessment of climate change. The report from the Intergovernmental Panel on Climate Change involved hundreds of scientists from around the world and has left some of them wondering whether there's a more effective way to put the document together. 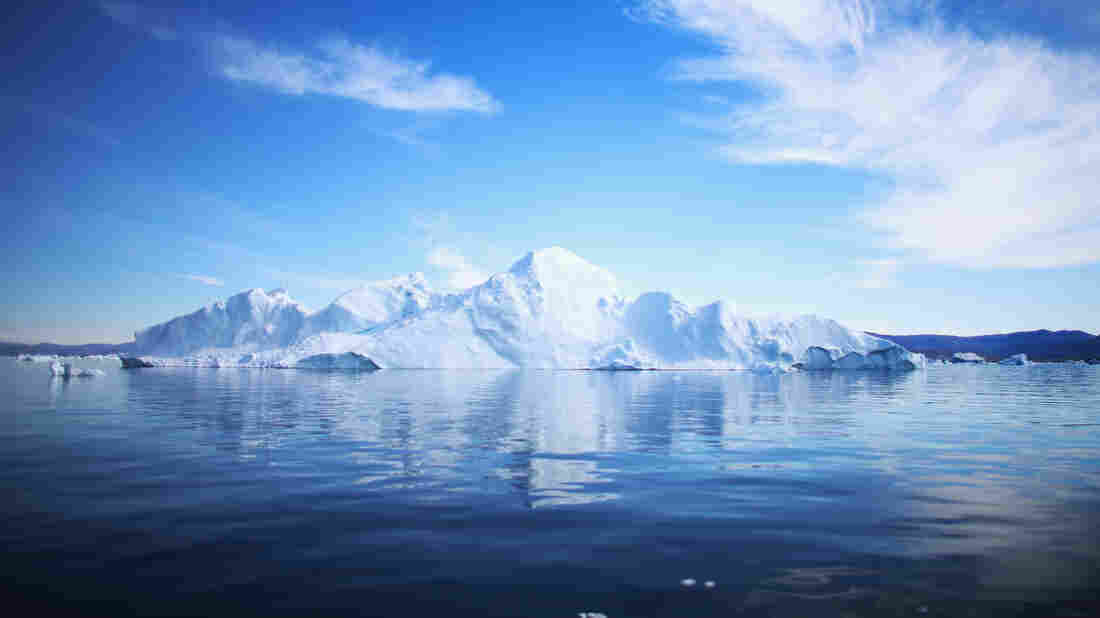 An iceberg floats through the water in Ilulissat, Greenland, in July. Researchers are studying how climate change and melting glaciers will affect the rest of the world. Joe Raedle/Getty Images hide caption

Scientists and government representatives are meeting in Stockholm this week to produce the latest high-level review of climate change. It's thousands of pages of material, and if it's done right, it should harbor very few surprises.

That's because it's supposed to compile what scientists know — and what they don't — about climate change. And that's left some scientists to wonder whether these intensive reviews are still the best way to go.

This is the work of the authoritative Intergovernmental Panel on Climate Change (IPCC), which is organized by the United Nations and involves more than 800 scientists from around the world.

To be sure, the IPCC's earliest reports helped focus the world on the issue of climate change. The first report came out in 1990, just a few years before nations of the world agreed to a treaty that said human beings should avoid damaging the Earth's atmosphere.

Michael Oppenheimer, a professor of geosciences at Princeton University, says the group's second assessment (pdf), in 1995, warned that humans could already be affecting the climate, and that built political momentum for action.

"That had a big effect in helping governments focus on the need for the Kyoto Protocol," he says, referring to the agreement that called on the world's richest nations to start reining in their carbon dioxide emissions.

Reports since then have built increasingly stronger and stronger cases that climate change is real, that it's caused mostly by human beings, and that it could cause real problems down the line.

The IPCC reached its pinnacle in 2007 when it shared the Nobel Peace Prize with Al Gore for bringing the climate issue to the world's attention. But with the science so well established, scientists are wondering what the next steps should be.

"There is a certain view now, and I tend to agree with it, that repeating the same story again and simply refining the findings in a way which makes marginal improvements isn't all that helpful," Oppenheimer says.

The effort to produce a new IPCC report consumes a huge amount of time of the volunteer scientists who might otherwise be out there doing more science. Oppenheimer says this as a scientist who has been involved in the IPCC process since the beginning. He's also spearheading a chapter in the upcoming report.

The 2007 report, which contained some embarrassing errors that the IPCC was reluctant to correct, has made the process of writing new reports more complicated.

"The IPCC, somewhere along the line, became very much wrapped up in the politics of the climate debate," says Roger Pielke Jr., an environmental scientist at the University of Colorado in Boulder.

He says the scientists got so defensive in the last report that they didn't do an honest job of characterizing all the science.

Pielke says the authors were too eager to show a link between catastrophes and climate change. But, he says, the IPCC has corrected that in a supplemental report it released last year. "That seems to have gotten it back on track."

Part of that adjustment involves a much more comprehensive review process, which has been put to use in this latest report. In addition to the hundreds of authors, there are also hundreds of expert reviewers, who generate tens of thousands of comments about the reports. Oppenheimer says authors like him have to respond to each one of those comments.

Pielke and Oppenheimer both suggest that, looking forward, the IPCC might better spend its time doing more targeted reports that take on a narrowly defined issue, like the one that looked at extreme weather events.

"That kind of report — that's very focused, can be done within as little as a year will be very timely, won't be out of date when it hits the streets and yet can be subject to the same kind of thorough peer review — that's the direction that IPCC should be headed," Oppenheimer suggests.

But that's something to think about for next time. The current mega-report is just about done. A summary of the first part comes out on Friday, and parts two and three are due out in the spring.