Accessibility links
'Trophy Wife' Is More Than Just A Pretty Face On ABC The show's self-professed feminist creators wanted to take on a type generally scorned in popular culture. It's a favorite among critics, but one reviewer worries it will suffer from the Cougar Town effect — good show, terrible name. 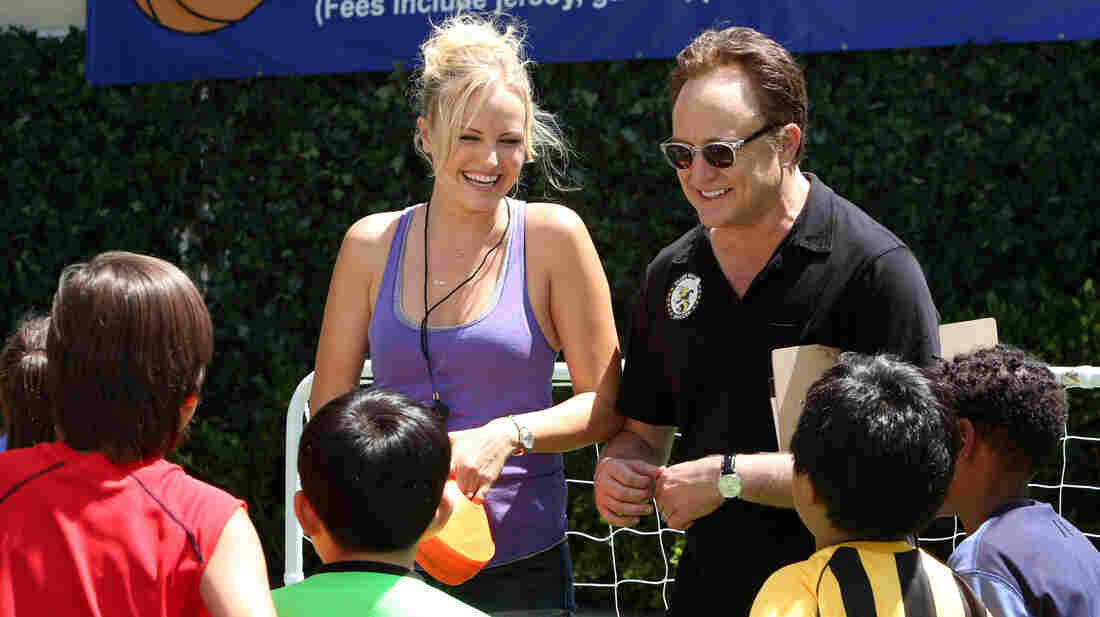 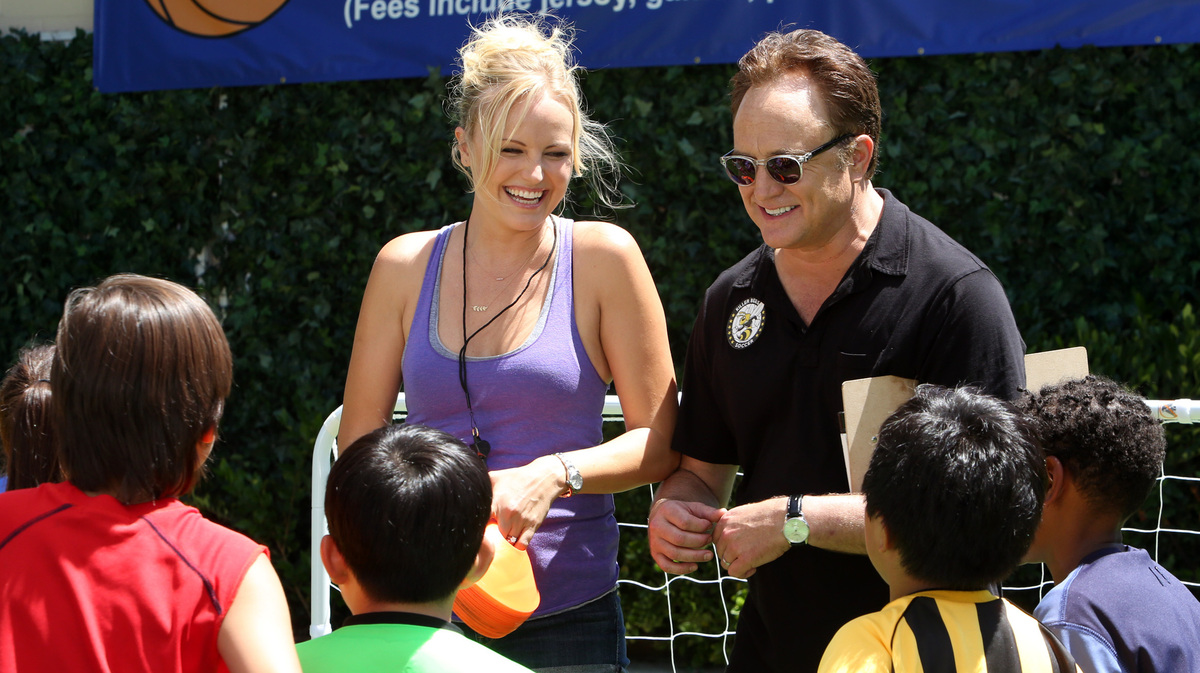 One of the strongest new sitcoms on TV this season has the worst name, but its title, Trophy Wife, was intended to be ironic. The show's creators, Sarah Haskins and Emily Halpern, are self-professed feminists who wanted to take on a type generally scorned in popular culture.

The show's eponymous character, Kate, is a reformed party girl trying to find her place in a family that includes a much older husband, Pete, his two ex-wives and three kids. When Kate inadvertently breaks Pete's nose, the situation is expertly handled by ex No. 1, an intimidating surgeon.

"Kids, look away," she barks before snapping his nose into place.

As for ex No. 2, she's incredibly well-intentioned — but her boundaries are awful.

"I didn't break into your home," she insists to Pete when she's caught in his house. "I used the hide-a-key."

"We don't have a hide-a-key," he replies, confused. It's with just a trace of satisfaction that she responds with "I do."

This is what happens when you enter a family that's more frappéd than it is blended, says co-creator Sarah Haskins. She's two decades younger than her husband and had to learn how to stepparent his two children, ages 9 and 19.

"I didn't realize when I married Jeff, you sort of by default marry everybody," she explains from the Disney office she shares with Halpern in Burbank, Calif. "And you're sort of married to them forever." 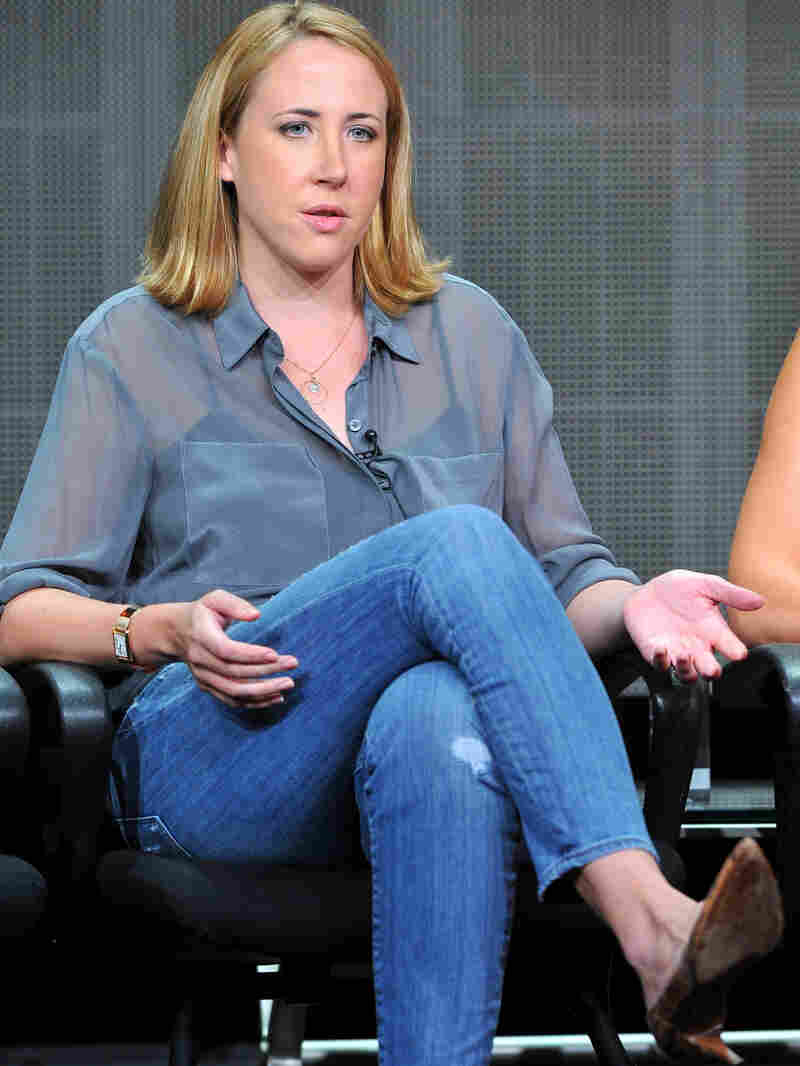 Trophy Wife is based on co-creator Sarah Haskins' own experience as a stepmom. Vince Bucci/Invision/AP hide caption 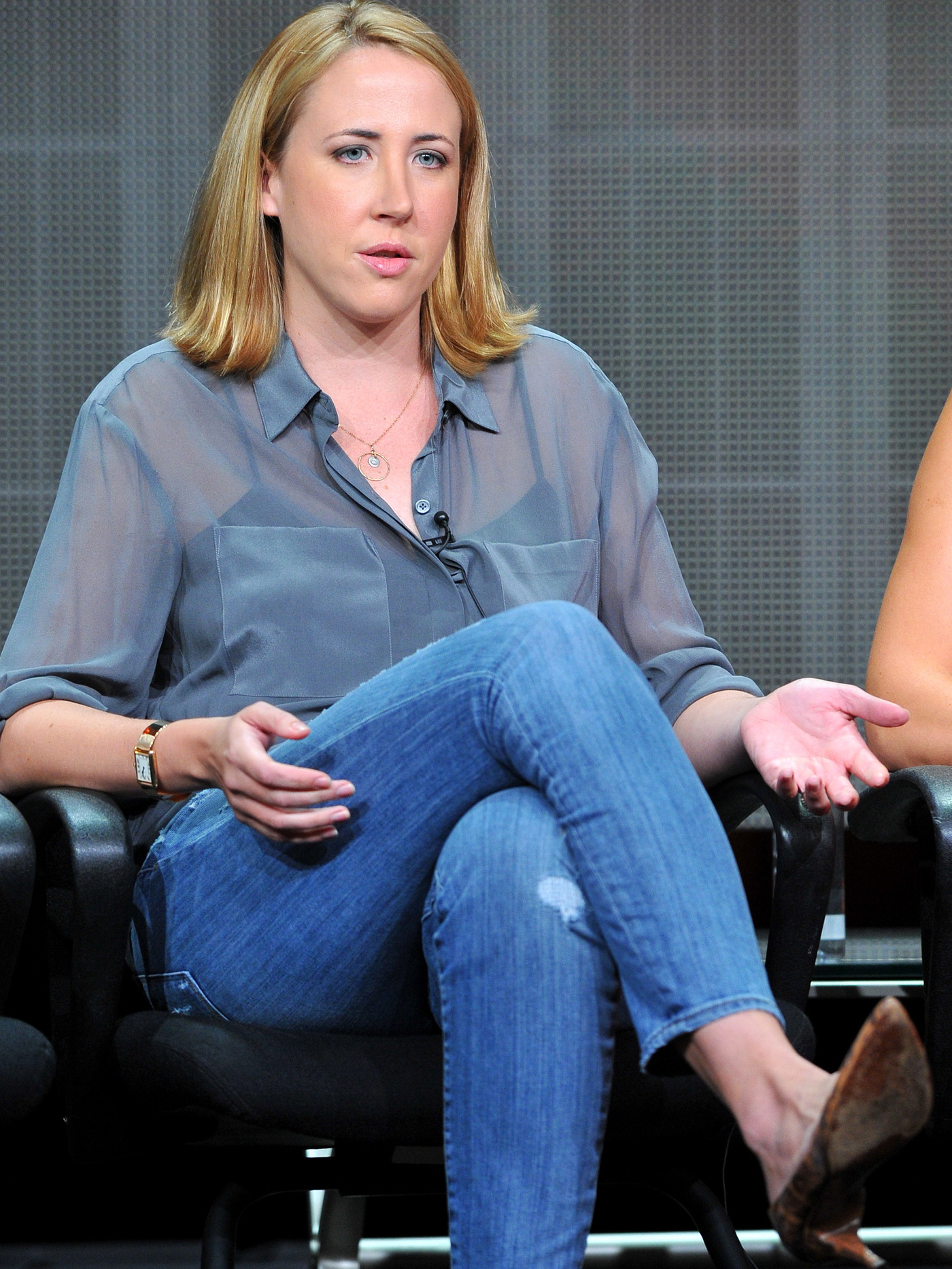 Trophy Wife is based on co-creator Sarah Haskins' own experience as a stepmom.

Haskins comes across as more of a sensible best girlfriend than a flashy trophy wife. She went to Harvard, then studied improv comedy at Second City in Chicago, her hometown. She first made her mark on television a few years ago with a series of videos for Current TV called "Target Women" that skewered how women — and men — are reduced to tiresome stereotypes in popular culture. Her own targets included TV ads for chocolate, yogurt and cleaning products.

When it came time to do Trophy Wife, Haskins and Halpern received support from actress Malin Akerman, who also signed on as a producer. Akerman is a winsome dead ringer for Cameron Diaz who's appeared in 27 Dresses and The Proposal, and she says she was horrified when she was sent the script.

"I am not going to play a trophy wife. Are you kidding me?" she recalls, laughing. "It sounds so boring because, to me, trophy wife is: Shut up and look pretty."

But Akerman loved the writing as well as the character's pivot from feckless singleton to committed mom. And as a new mom herself, she appreciated how the show revels in the inadvertent comedy that comes with stumbling into parenting.

Those qualities also captured the love of TV critics like Matt Mitovich of TVLine.com. He says it's one of his favorite comedies of the season, but he worries for the show's future partly because just the name Trophy Wife may turn off audiences. He calls it the Cougar Town effect, after another show far worthier than its title suggests.

Mitovich adds that not only did Trophy Wife get stuck in a new lineup of untested shows on Tuesday night, but it's also got to compete with The Mindy Project on Fox and one of the most popular shows in America, NCIS: Los Angeles on CBS. He'd advise ABC to put such a strong show on Wednesday, along with The Middle and Modern Family, because Trophy Wife shares their sensibilities — and could use the boost in audience.

Fall TV: A Whole Lot Of Trouble On The Home Front

But Sara Haskins says the show is all about defying expectations: first, of what a trophy wife should be, and then in terms of the dynamics between three strong, female personalities trying to do what's best for the kids

"It's not a woman-versus-woman show so much as it's about parents," she muses. "And it's about how you balance being a stepmom with being a mom, and balancing your strengths and weaknesses as human in that context."

Trophy wives on television have mostly been limited to reality shows and soaps. Haskins and Halpern want to subvert a toxic category of femininity. In the process, they're also subverting one of the most prominent types of characters on television right now — the anti-hero. And by doing so, Haskins is making yet another very funny feminist statement.