Accessibility links
First Listen: HAIM, 'Days Are Gone' On their debut album, three sisters channel influences most listeners will recognize within a fresh, personal sound. In front of the microphone, Danielle, Alana and Este Haim retell pop's central stories in a language that's true to young women like themselves. 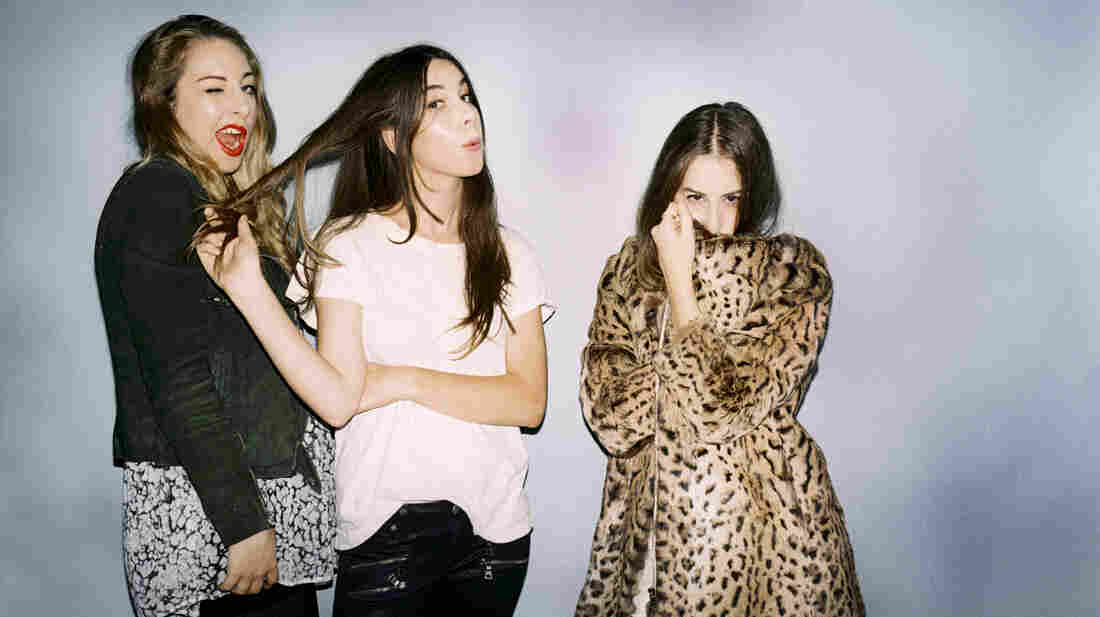 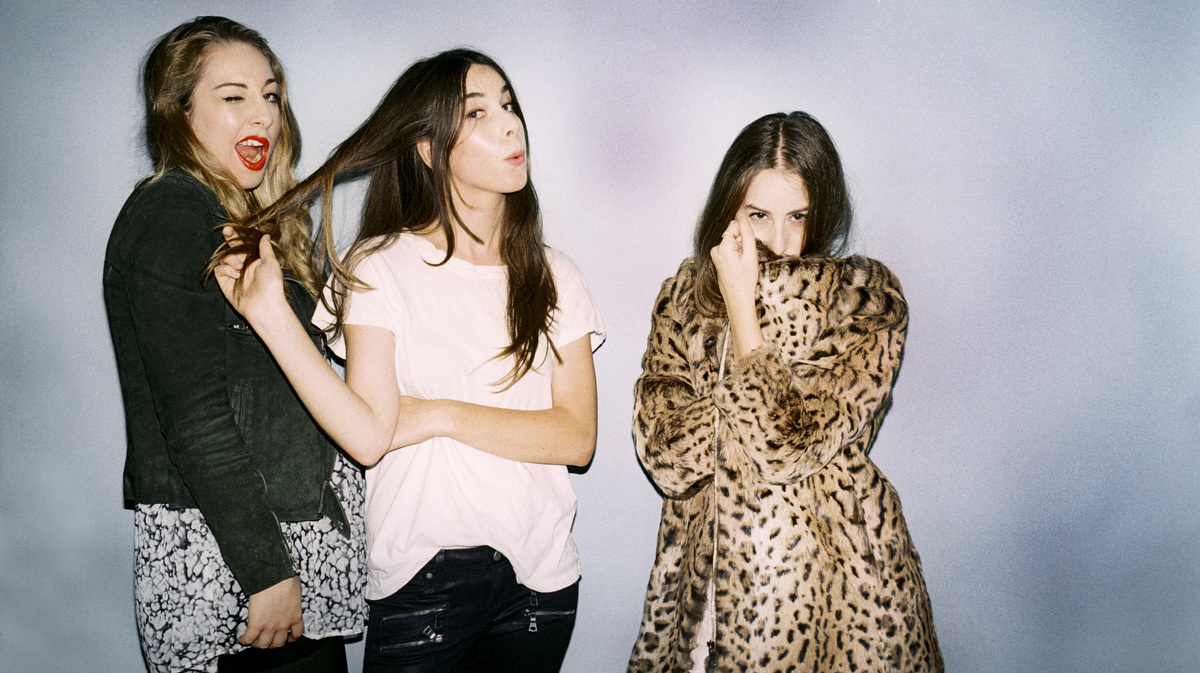 Bella Howard/Courtesy of the artist

Geoff Barrow of the revered English band Portishead recently maligned the fast-rising Los Angeles sister act HAIM with a snippy tweet: Hiam [sic] sound like Shania Twain ... When did that become a good thing? To which this critic replies: Who said it isn't? HAIM's song "The Wire" does bear traces of Twain's 1999 hit "Man I Feel Like a Woman," one of many inspirations hidden in plain sight on the trio's debut album, Days Are Gone. And that's good thing right this minute: HAIM's thoughtful, playful music is good for the radio, good for rock, and good for music lovers of all ages who need to carve out a little space to dream.

Sisters Danielle, Alana and Este Haim grew up playing music with their parents in the amazingly named cover band Rockinhaim, and tried several music-business career moves (Nickelodeon cameos, Este's ethnomusicology degree, Danielle's apprenticeship playing guitar with Julian Casablancas and Jenny Lewis) before breaking through as a trio in 2012. Getting serious as a band, they found a drummer, Dash Hutton, and sought out eclectic collaborators. HAIM has toured with Mumford & Sons and been remixed by the EDM DJ Duke Dumont, written songs with the British singer Jessie Ware and the Swedish soundtrack composer Ludwig Goransson, and found a favorite producer in Ariel Reichstad, whose own portfolio includes work with Usher and Vampire Weekend, playing in a ska-punk band, and producing "Hey There, Delilah" for the Plain White T's.

Diving into so many different musical wellsprings, HAIM discovered its specific superpower: the ability to channel influences most listeners recognize within a fresh, personal sound. It's easy to play the game of references on Days Are Gone. "Honey & I" re-imagines Fleetwood Mac as a duo with just Lindsey and Christine; "The Wire" throws its Shania Twain guitar riff against a wall built by The Bangles. The wonderfully moody "My Song 5" imagines a perfect union of Nirvana and TLC. "Running If You Call My Name" runs up that hill in the Kate Bush song and finds Tom Petty free-falling on the other side. And so on, until the jukebox is exhausted.

But the Top 40 machine that HAIM loves and elevates is never exhausted because it's powered by the dreams of generations of boys and girls — especially girls, so many of whom figure out what they think of love, loss and independence by absorbing and developing their own reinterpretations of the songs the radio feeds them. The lyrics on Days Are Gone are all about the trial and error involved in realizing that dreams designed by others (parents, boyfriends, songwriters) may not fit your growing individual frame. Danielle Haim's lead vocals always sound like a thought process, interrupted by sighs and guttural stops and starts; her sisters shore her up with harmonies and funky rhythms, but even within the sleek production, their playing has an imperfect edge that makes it all the more accessible. Days Are Gone brings the revenge of the listening girl, the one whose passionate engagement made pop possible in the first place. In front of the microphone, these sisters retell pop's central stories in a language that's true to actual young women like themselves.