Accessibility links
Essay: The Genius of MacArthur Winner Tarell Alvin McCraney The newly minted MacArthur Grant winner writes plays that are full of life and noise. But as critic Mark Blankenship notes, they're just as eloquent — and maybe even more emotional — in their silences.

In His Silences And His Songs, An Unmistakable Note Of Genius

In His Silences And His Songs, An Unmistakable Note Of Genius 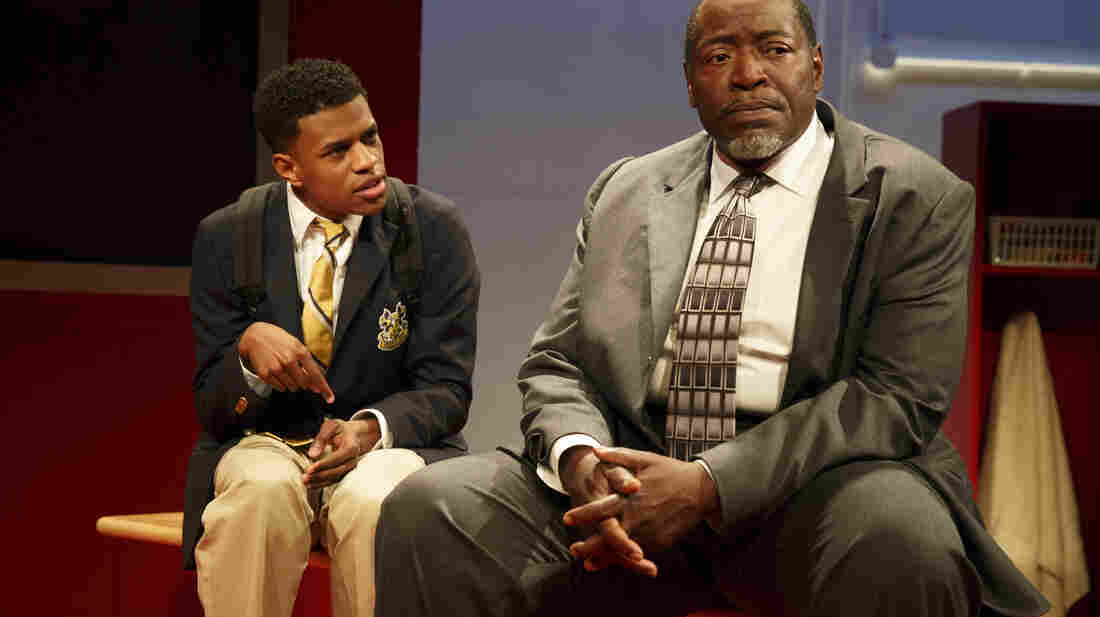 Jeremy Pope and Chuck Cooper were pupil and principal in Choir Boy at Manhattan Theatre Club this summer. The play is among the work that led to today's recognition of playwright Tarell Alvin McCraney by the MacArthur Foundation, which hands out a raft of so-called "genius grants" each year. Joan Marcus/Manhattan Theatre Club hide caption 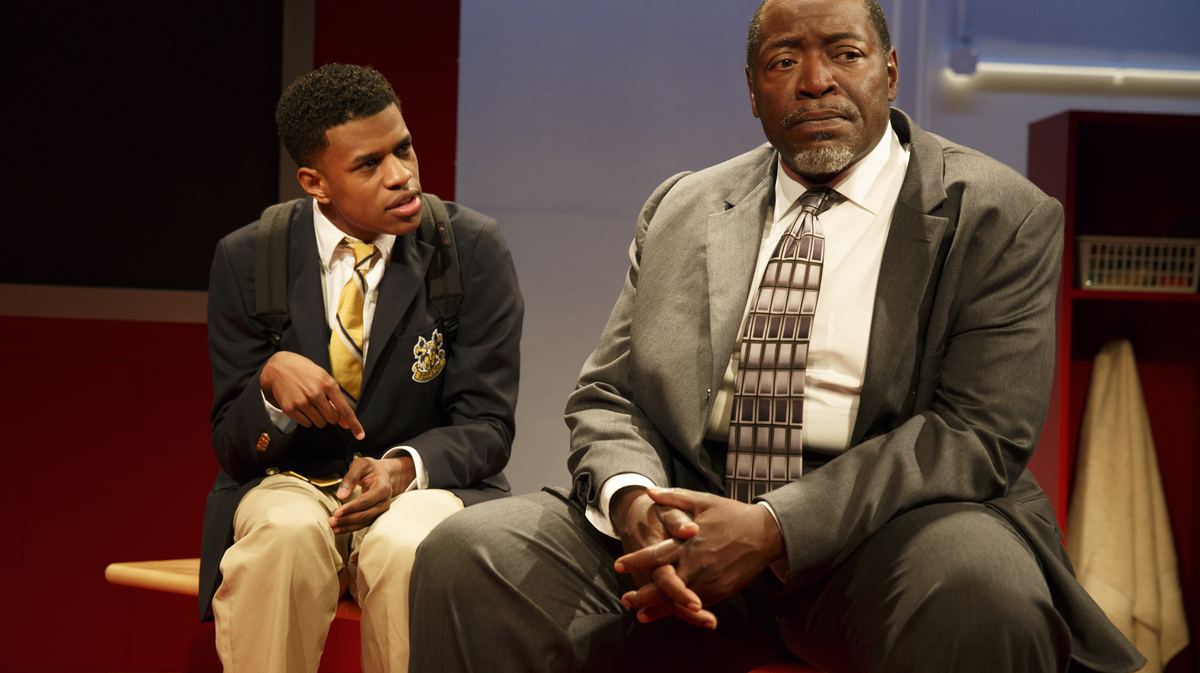 Jeremy Pope and Chuck Cooper were pupil and principal in Choir Boy at Manhattan Theatre Club this summer. The play is among the work that led to today's recognition of playwright Tarell Alvin McCraney by the MacArthur Foundation, which hands out a raft of so-called "genius grants" each year.

In my memory, Tarell Alvin McCraney's plays are weighted with silence. It fills the stage like a stone, so that even when characters are talking or singing or shouting, the emptiness echoes hard and heavy.

But that's mostly my perception, I think. Because really McCraney, who just won a MacArthur "genius" grant, writes plays that burst with songs and dances and elegant speeches. 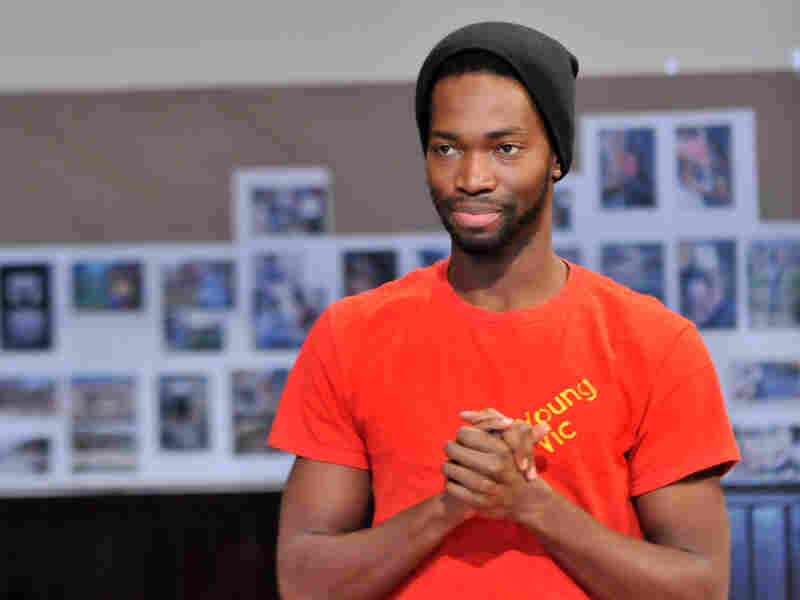 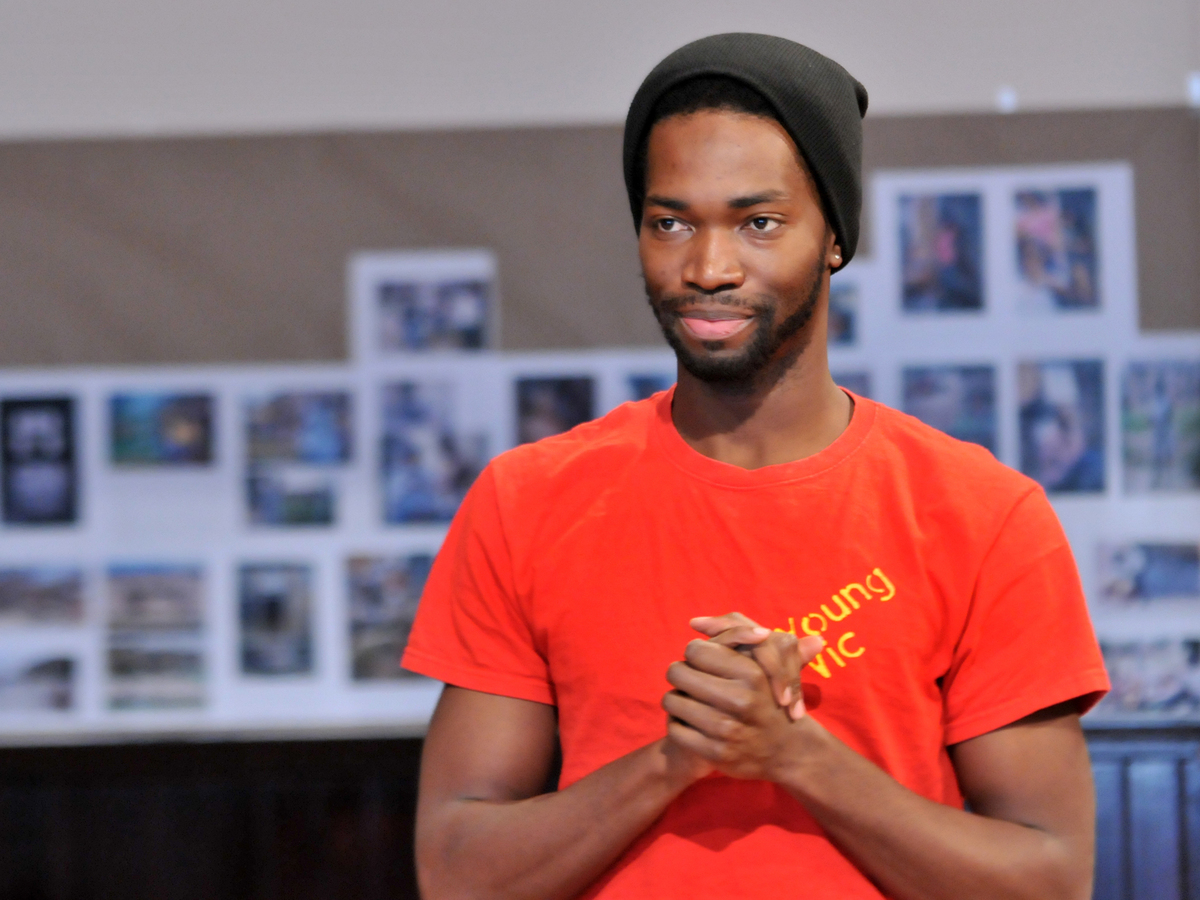 McCraney in rehearsal for The Brother/Sister Plays at Chicago's Steppenwolf Theatre, where he's a member of the ensemble.

In Choir Boy, which recently played Off Broadway, high-schoolers at an elite school for African-American boys filter their sexual and moral awakenings through their time in the choir, and the songs they sing are a window on their lives. When a young gay man and his homophobic classmate croon "Motherless Child," they leave reality for a moment, not necessarily hearing or seeing each other — but sharing a language all the same. It's a volatile scene about the ways we resemble our supposed enemies.

A MacArthur 'Genius' In The First Person

Similarly, The Brother/Sister Plays, the trilogy that made McCraney's name when it played throughout the country a few years ago, tracks several generations of a bayou community by combining Yoruba storytelling traditions with pop music and the metatheatrical strategies of writers like Federico Garcia Lorca and Eugene O'Neill. Like Choir Boy and Wig Out, which is set in the world of drag-queen balls, the trilogy is restlessly alive, as though the stories will explode if they don't get told soon. McCraney's writing vibrates with a propulsive energy, suggesting massive stakes for characters who are trying to make their (very often queer) hearts fit into the world.

But these are never just "identity plays." McCraney creates rich societies that are equal parts magical realism and salt-of-the-earth familiarity, and I always understand why his characters want to stay in the bayou or the drag house or the prep school, even when they're not sure they belong.

More From The Playwright

All Things Considered talked to McCraney in 2009 — and the digital version of that story below includes several exclusive interview extras.

Still, there's that silence. Sitting here thinking about Choir Boy, I honestly ache as I remember those sad, confused kids singing "Motherless Child." I remember the moment their headmaster realized how helpless he was to stop his students from hurting each other, which made him sink down in a chair and sing with a broken heart.

The force of that emotion strikes me as something that can't be voiced. McCraney takes me to the edge of grief and shame, but then he leaves me — and trusts me — to feel the rest on my own.

I overlapped with McCraney in graduate school, and even his student work had that effect on me. His writing has always evoked that awful heaviness of not knowing if you belong. It's the weight of things you can't even say to yourself, things that dominate your mind and your life, even when you're making noise.

I don't know if other people feel this way about his playwriting, but I am always grateful that it moves me so personally — that it pushes past my analytical tools for a minute and just punches me in the stomach. His emotional insight, joined with his beautiful language and inventive dramaturgy, leaves me enchanted.