Accessibility links
Hash Browns To Soothe Any Homesick Midwesterner Amy Thielen knows hash browns. The Minnesotan is a former grill cook who spent many hours flipping those grated potatoes and making sure they had the prefect crisp edge. For today's Found Recipes, Thielen shares the story behind her Glorified Hash Browns, "glorified" because they're accompanied by grilled peppers. 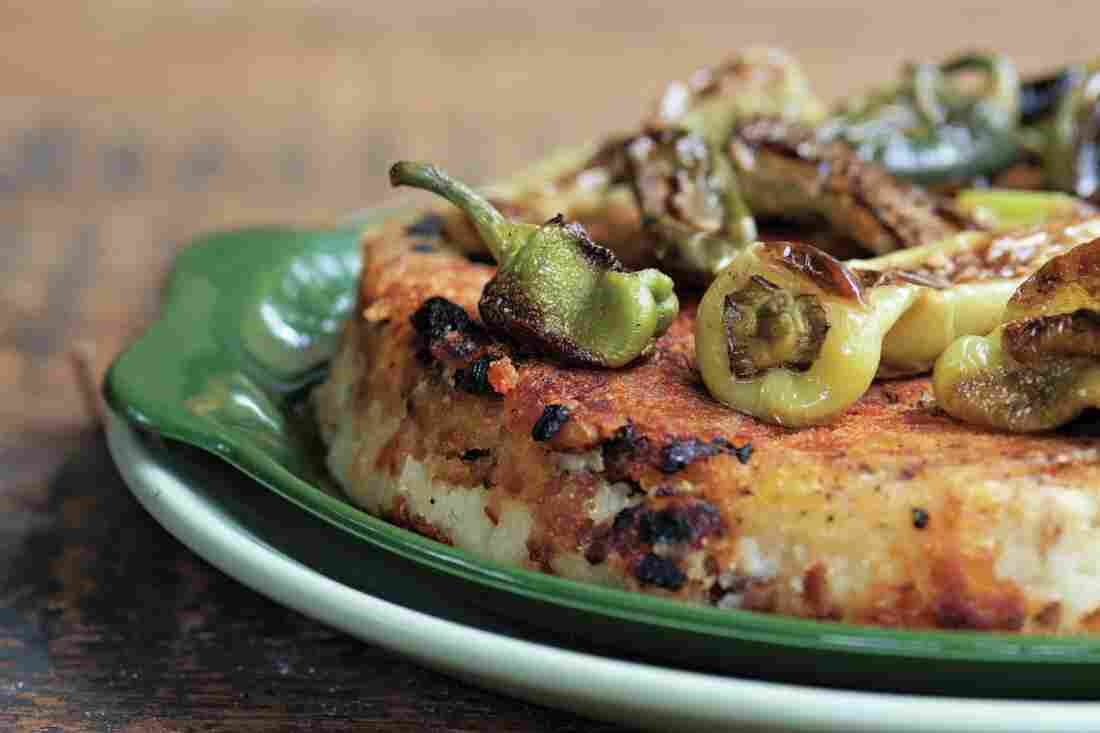 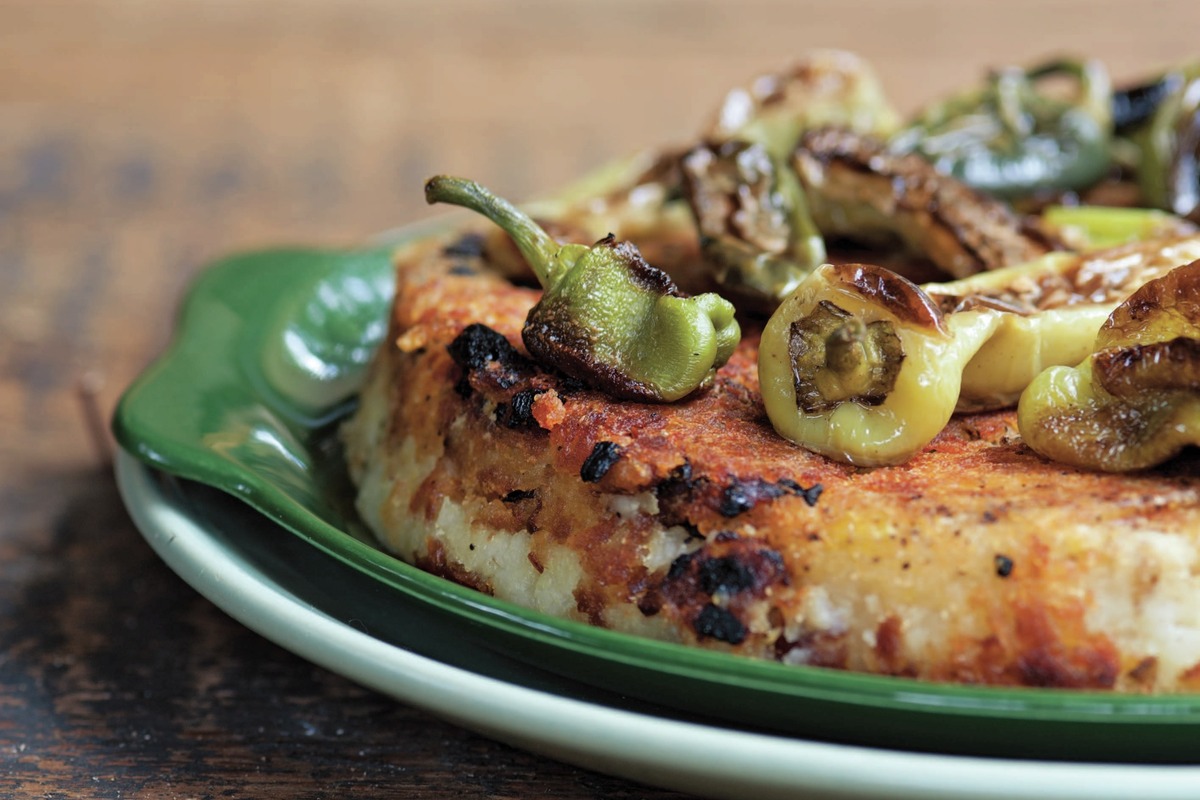 If someone asked for onions and green peppers fried into his hash browns, the crunchy grated spuds became "glorified." Amy Thielen shared a recipe for All Things Considered's Found Recipe series.

Ten years ago, when Amy Thielen moved to Brooklyn, N.Y., she and her husband bemoaned the lack of hash browns in the city. She says there were ample breakfast places serving home fries or sliced potatoes cooked with peppers and onions — but no hash browns.

"My husband would often rail when we would sit down to a plate of home fries," Thielen says. "He would say, 'Where is the dividing line? Where do hash browns stop in the United States?' "

A proud Midwesterner, Thielen says some of the diner breakfast potatoes were pretty tasty, but they lacked crunch. So while they were called home fries, none of them felt like home.

"They're really not hash browns proper, and growing up with a Midwestern breakfast [I] really missed that, missed them done right," Thielen says.

During a summer job at the German diner on the main street of Park Rapids, Minn., Thielen made the hash browns from scratch with boiled russet potatoes. If someone asked for onions and green peppers fried into his hash browns, the crunchy grated spuds became "glorified."

The importance of good hash browns had been drilled into Thielen from birth, and she missed the crunchy, dark brown flat-top and flaky, buttery potato interior that felt like home.

So she went home, and worked up this recipe for a glorified hash brown cake with frying peppers. Pretty much any pepper will do, she says, but she likes a Hungarian wax pepper. Because the moisture from the peppers sometime threatens to compromise the crunchiness of the hash browns, Thielen separates them and tops one large hash brown cake with a jumble of fried peppers.

The key to this perfectly Midwestern hash brown cake is the right balance between a crunchy outside and buttery inside. Cut this in wedges for serving. It goes with just about anything — with steak, especially — and also makes a dramatic vegetarian main course.

Note: To split up the process, you can boil and grate the potatoes and refrigerate them, loosely covered, for up to 8 hours before frying the hash-brown cake.

Put the potatoes in a saucepan and add enough water to cover generously. Salt the water, bring it to a simmer over medium heat, cover partially, and cook until the potatoes are tender enough to stick a fork into but still on the firm side of done, about 20 minutes. Drain the potatoes and let cool. (You can boil the potatoes up to a day ahead of time and keep them in the refrigerator, if you like.)

While the potatoes are cooking, clarify the butter: Heat the butter in a small skillet over medium heat until it foams and starts to turn dark blond on top, 2 to 3 minutes. Remove from the heat and let the butter sit for a few minutes. Then tilt the skillet toward you and gently spoon off the layer of foam. Pour the clear golden butter into another bowl, and then pour the dark dregs at the bottom of the skillet into the bowl containing the foam.

Grate the potatoes coarsely, skins and all, onto a baking sheet, making sure to keep them loose and not pack them down. Combine 1/2 teaspoon salt and the black pepper in a small bowl, sprinkle over the potatoes, along with the diced onion, and gently mix to combine.

Heat a 10-inch cast-iron skillet over medium-high heat, and add half of the clarified butter. Add all of the potatoes in an even layer, keeping them loose. Reduce the heat to medium and cook the potato cake until the bottom turns dark amber brown, about 15 minutes. (Peek on the sides: If it's browning too quickly, turn the heat down to medium-low.)

Put a large plate upside down over the skillet, and using two thick oven mitts, grab the sides of the skillet and turn it upside down, releasing the hash-brown cake onto the plate. Put the empty skillet back on the burner and add all but 1 tablespoon of the remaining clarified butter. Slide the potato cake back into the skillet. Cook until the underside turns dark amber brown, 10 to 15 minutes.

While the potato cake is cooking, fry the peppers: Heat a large saute pan over medium heat and add the remaining tablespoon of clarified butter. Add the peppers and 1/4 teaspoon salt, and cook, flipping them often, until they blister and feel tender throughout, about 10 minutes.

To serve, lay the large plate upside down over the skillet, and using oven mitts, invert as before. (If the first side was prettier, invert the cake again onto another serving plate.) Top with a jumble of fried peppers. Cut into wedges and serve immediately