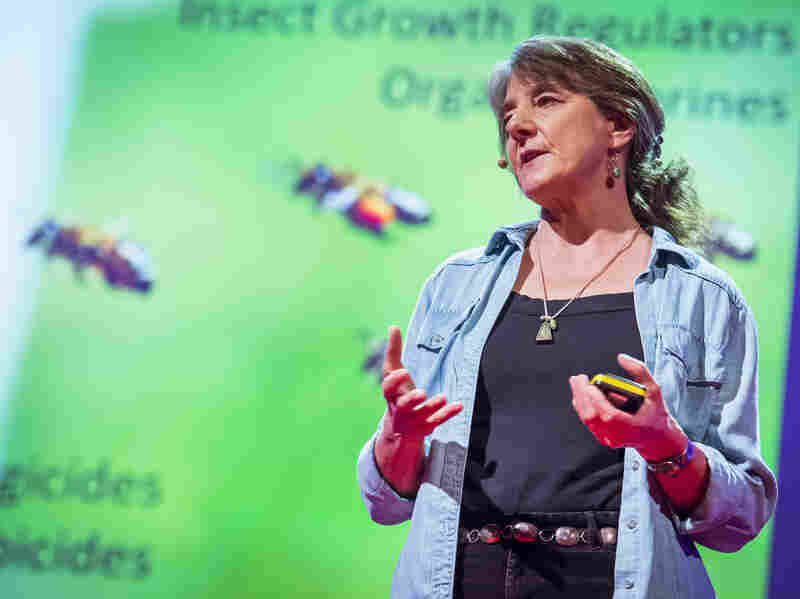 "Bees are vital to the pollination and production of our fruits and vegetables ... unfortunately, they're all in trouble" — Marla Spivak James Duncan Davidson/TED hide caption 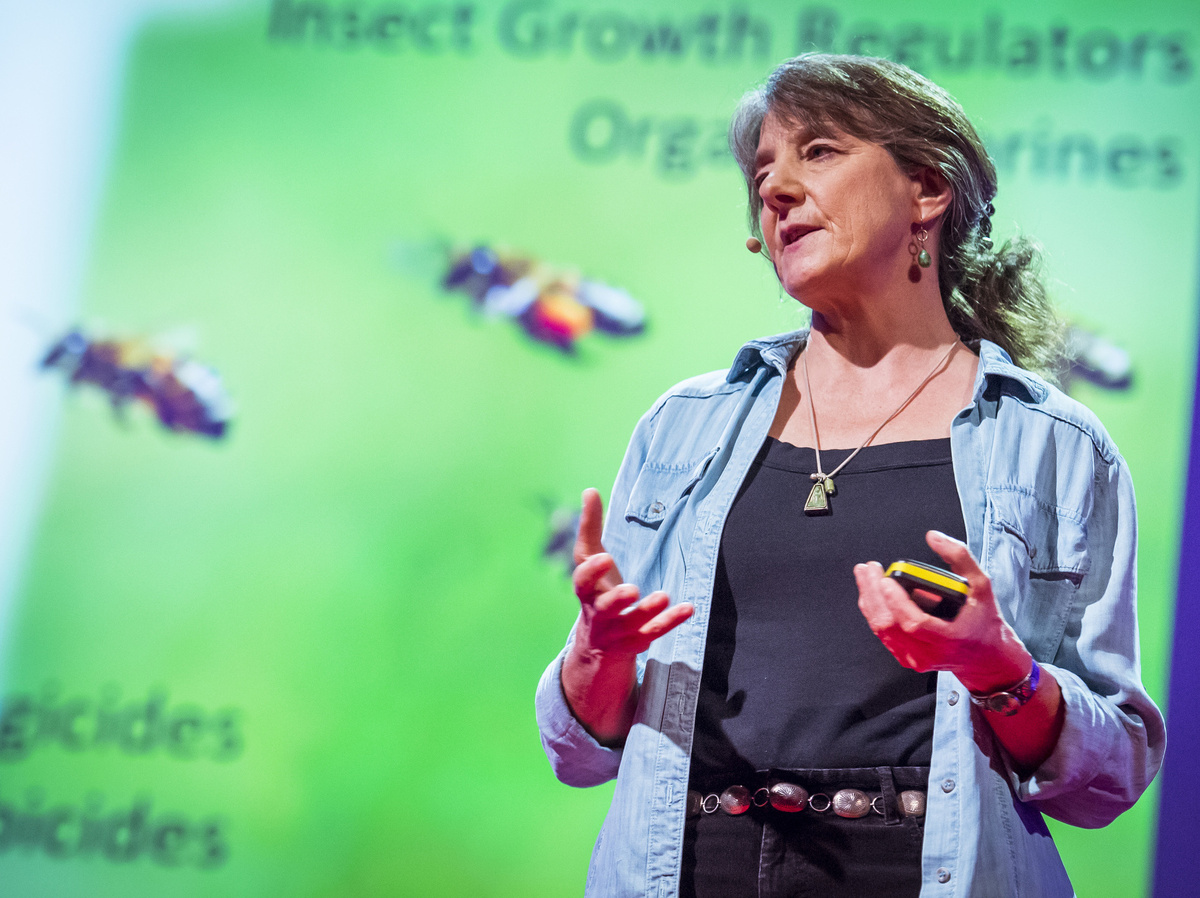 "Bees are vital to the pollination and production of our fruits and vegetables ... unfortunately, they're all in trouble" — Marla Spivak

Part 4 of the TED Radio Hour episode "Everything Is Connected."

Marla Spivak is a professor of entomology at the University of Minnesota. She researches the behavior and biology of bees in an effort to preserve this threatened, but ecologically essential, insect. Bees pollinate a third of our food supply, but colonies have been disappearing at alarming rates in many parts of the world due to the accumulated effects of parasitic mites, viral and bacterial diseases, and exposure to pesticides and herbicides.

Spivak has developed a strain of bees, the Minnesota Hygienic line, that can detect when pupae are infected and kick them out of the nest, saving the rest of the hive. Now, Spivak is studying how bees collect propolis, or tree resins, in their hives to keep out dirt and microbes. She is also analyzing how the decline of flowers due to herbicides, pesticides and crop monoculture affect the numbers and diversity of bees.

Bee Deaths May Have Reached A Crisis Point For Crops
What Is It About Bees And Hexagons?
Wild Bees Are Good For Crops, But Crops Are Bad For Bees