Accessibility links
How Recycling Bias Affects What You Toss Where People tend to throw whole pieces of paper in the recycling bin — and fragments of paper in the trash. Research on the trend finds that we may be acting on unconscious prejudice about what is worth recycling. 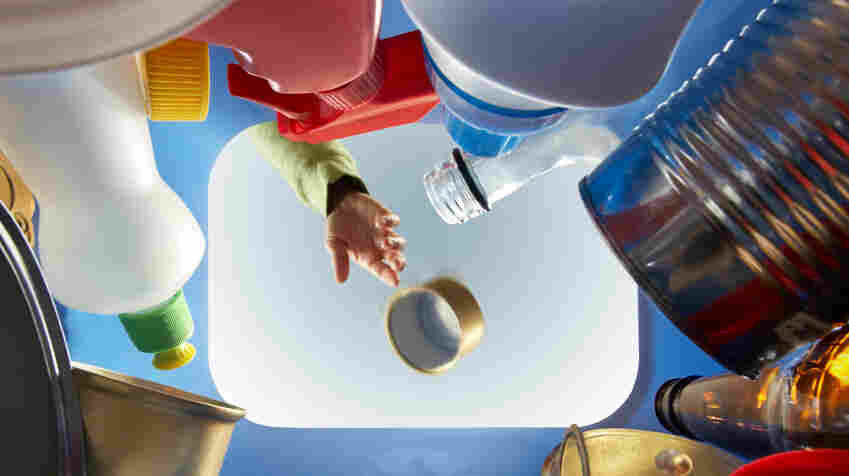 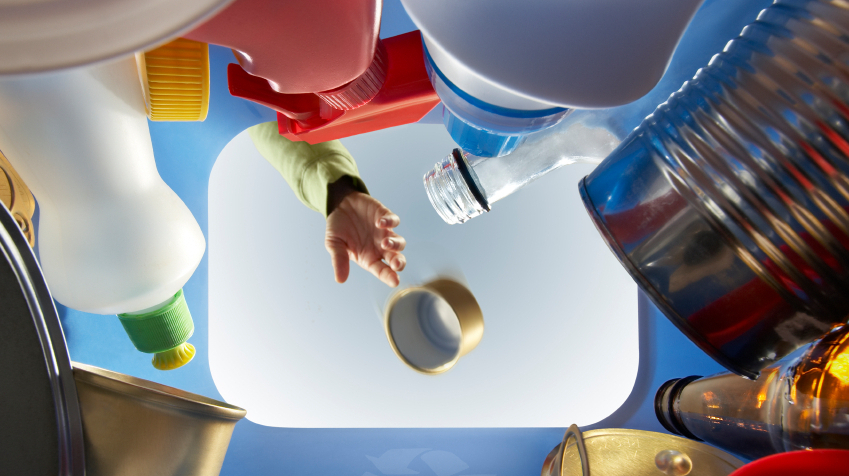 During an experiment, marketing professor Remi Trudel noticed a pattern in what his volunteers were recycling versus throwing in the garbage. He then went through his colleagues' trash and recycling bins at Boston University for more data.

He found the same pattern, says NPR's Shankar Vedantam: "Whole sheets of paper typically went in the recycling, but paper fragments went in the trash."

Trudel and fellow researcher Jennifer Argo conducted experiments to figure out why that might be. Volunteers received full pieces of paper as well as fragments, and they also received cans of soda.

How A Used Bottle Becomes A New Bottle, In 6 Gifs

Trudel and Argo developed a theory, which has to do with how we perceive a product's utility.

Vedantam describes it as following an "unconscious rule of thumb."

"After we finish using a product, we somehow evaluate, does the product still look like it could be useful? So a can that isn't dented still looks like a can; it could conceivably still hold soda in it, and so we think of it as being useful," he says.

Things that could have been recycled actually make up a significant portion of what's thrown in the garbage every year. The Environmental Protection Agency estimates that paper and paperboard accounted for 28 percent of waste generated in 2011. Plastics and metals made up an additional 22 percent.

Trudel says the first step in changing these habits is to be aware of our bias about usefulness. He's running experiments to tell people how much energy individual cans are worth, so that something that may seem useless is actually valuable.

"He's also thinking of putting these big red frowny faces on the trash cans as a way to get people to stop for just one second and make a conscious decision," Vedantam says.