Accessibility links
Movie Review - 'A Touch of Sin' - A Modern China, Steeped In Violence A Touch of Sin, from director Jia Zhangke, is a beautiful if graphic take on life amid the corruptions of an economically booming China. Winner of the best screenplay award at Cannes, the film has four interlocking plots — all based on true stories. (Recommended)

A Portrait Of A Modern China Steeped In 'Sin'

A Portrait Of A Modern China Steeped In 'Sin' 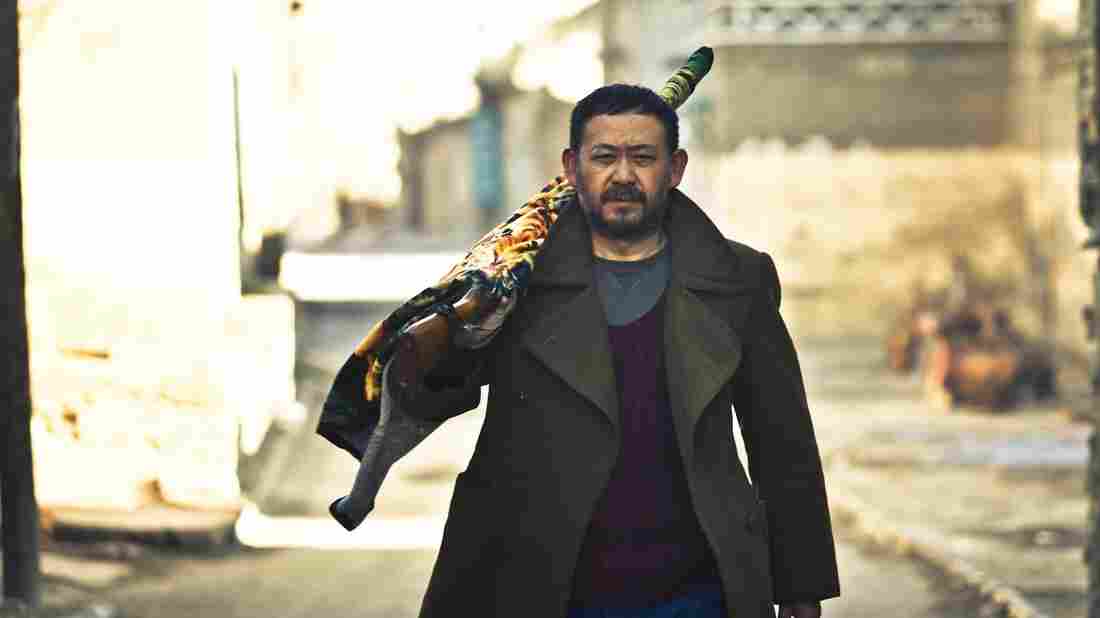 Dahai (Jiang Wu), the protagonist of the first of four vignettes in A Touch of Sin, brings a shotgun when he returns to his hometown to seek revenge against corrupt businessmen. Kino Lorber hide caption 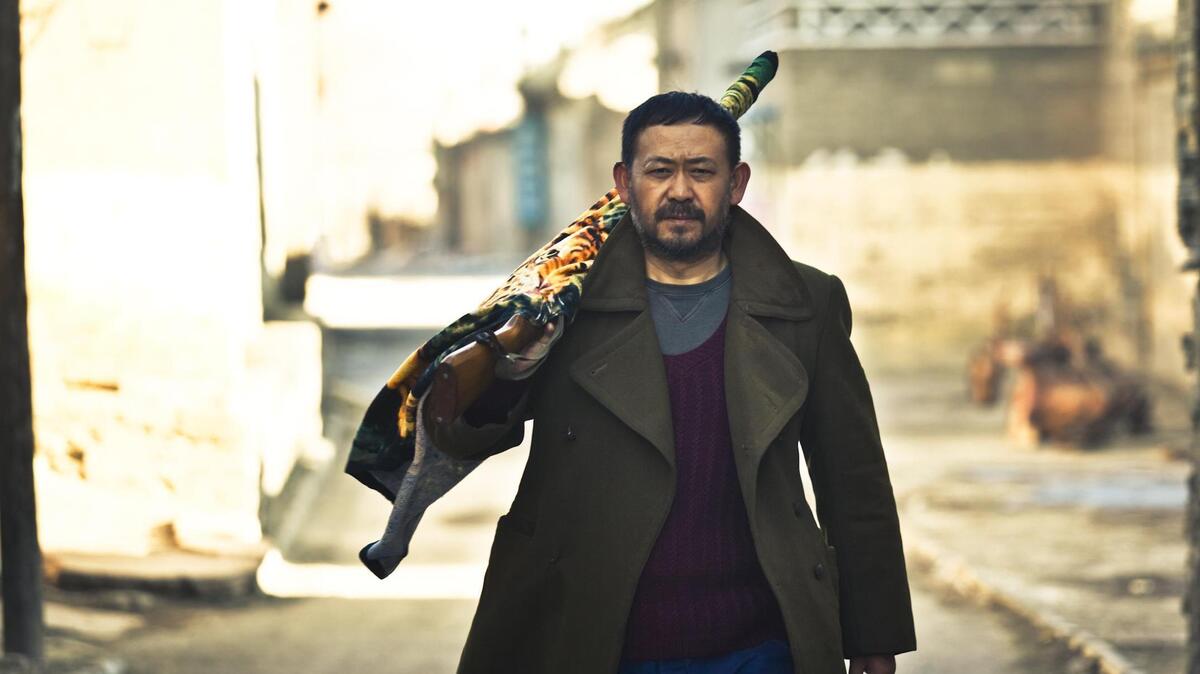 Dahai (Jiang Wu), the protagonist of the first of four vignettes in A Touch of Sin, brings a shotgun when he returns to his hometown to seek revenge against corrupt businessmen.

A Touch of Sin

In Mandarin with English subtitles

A Beijing-operatic tale of revenge and murder, A Touch of Sin is the most dramatic and even lurid of writer-director Jia Zhangke's movies. The film festival star hasn't quite become a Chinese Tarantino, however.

Jia pays tribute to Chinese opera and to the King Hu martial-art movies that also inspired Crouching Tiger, Hidden Dragon. The homage extends to the English title, which echoes Hu's A Touch of Zen. But the four stories he loosely intertwines come from actual incidents publicized on Weibo, China's answer to Twitter.

Since 2000's Platform, Jia has been known for slow-moving, naturalistic movies that meld the fictional and the documentary. A Touch of Sin immediately announces a change of pace, with an eventful opening in which three highwaymen get a bloody surprise.

Introduced in that sequence, although he's only a bystander, is Dahai (Jiang Wu), protagonist of the film's first chapter. He's a former miner who returns to his hometown in Shanxi (Jia's own native province) to expose local leaders who got rich by selling a collectively owned mine. Now so wealthy that one of them travels by private plane, the bosses answer Dahai's protests with a beating. So the justice seeker gets a shotgun.

The second episode, like the prologue, centers on a single figure, Zhou San (Wang Baoqiang). He too returns to his home village, this one in the vicinity of the Three Gorges Dam, but just for a brief visit. Zhou, who usually wears a knitted Chicago Bulls cap, supports his wife and son by jobs he does on the road. It's a line of work that involves a handgun.

Zhao Tao, Jia's wife and frequent leading lady, stars in the next tale, playing a massage parlor receptionist, Xiao Yu, whose day begins painfully with the demand that her married lover choose between her and his wife. Things soon get worse, culminating in a near-rape. This chapter is the most theatrical, as it conspicuously introduces the weapon with which Xiao Yu will act. 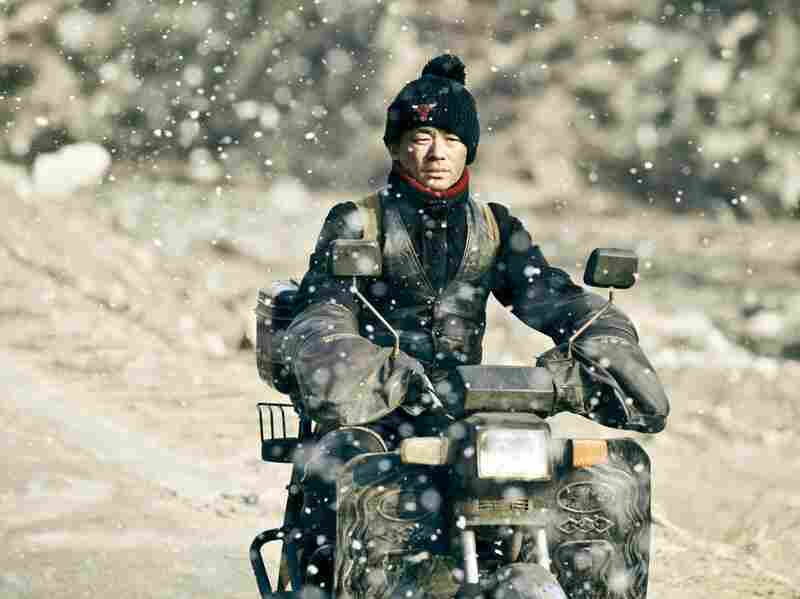 The prologue and second story of the film center on Zhou San (Wang Baoqiang), a man who makes his living on the road. Kino Lorber hide caption 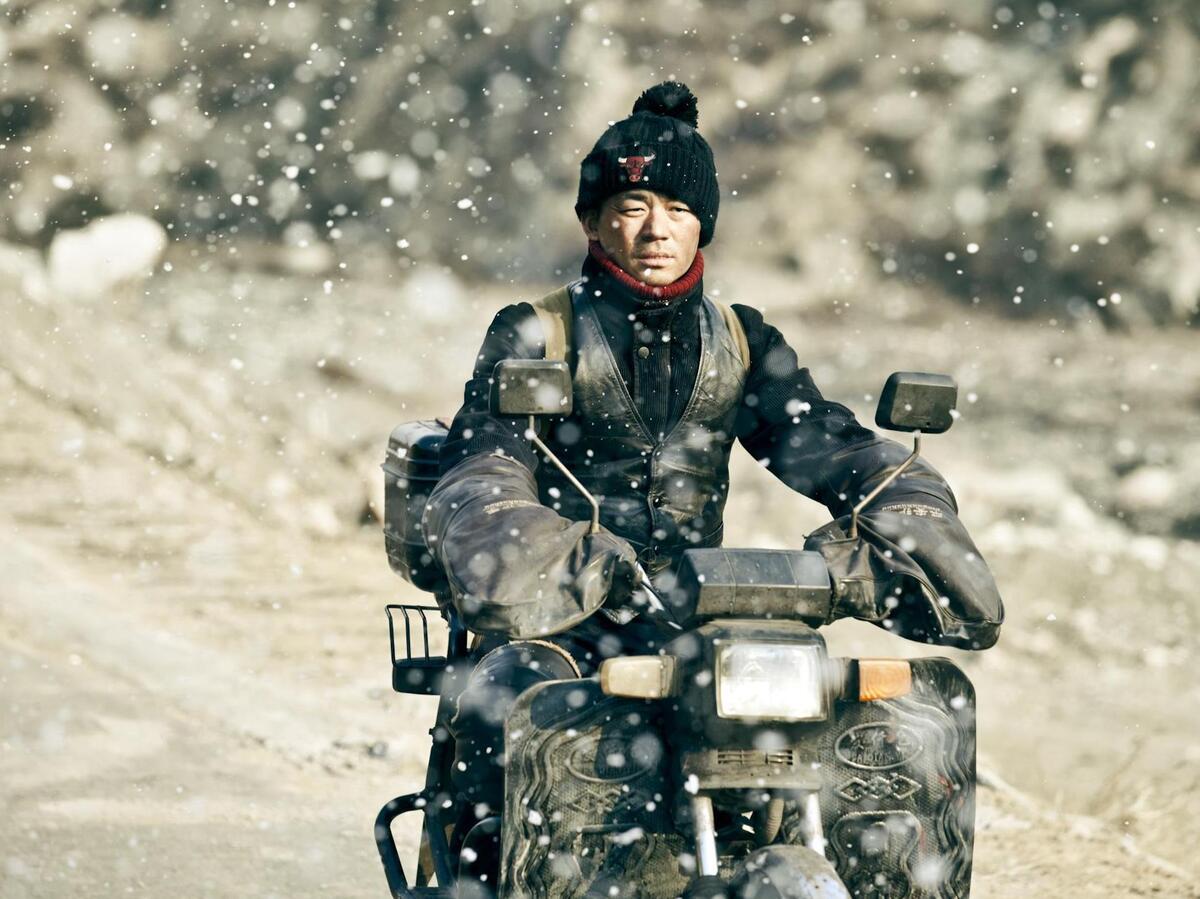 The prologue and second story of the film center on Zhou San (Wang Baoqiang), a man who makes his living on the road.

Geographically, each sequence circles closer to the country's southeast, home to myriad factories run by or for foreign companies. This is where Xiao Hui (Luo Lanshan) looks for work that provides both adequate pay and a bit of dignity. Briefly, he works in a nightclub-slash-brothel, where he falls for a young woman who — in the movie's most farcical bit of post-Maoist decadence — is required to march with a contingent of other bar girls, all wearing sexed-up versions of Red Guard uniforms.

The chapters are linked mostly by theme, although sometimes characters from one appear in another. Small-troupe street performances of Beijing Opera classics recur throughout the film, and in the epilogue Xiao makes her way to one such show. The play turns out to be pertinent to her situation; it also, the moment suggests, applies to all her countrymen.

At the 2013 Cannes Film Festival, A Touch of Sin won the best screenplay award, well deserved even if it was something of a consolation prize. Those who've seen any previous Jia movies will not be surprised to learn that it's beautifully photographed and expertly edited as well.

Although punctuated by explicit violence, the film retains the richly textured depictions of everyday life that mark the director's earlier work. As before, Jia uses a mix of seasoned and nonprofessional actors, and shoots in evocative locations.

This time he also highlights the presence of animals in Chinese life, in roles that range from commonplace to symbolic. The large snake that crosses Xiao Yu's path is just as ominous — and just as emblematic of contemporary China — as the TV report of a high-speed-rail catastrophe. (Recommended)