Accessibility links
'If It Swings': An Asian-American Jazzman's Pioneering Career Saxophonist Gabe Baltazar is one of the last living links to an era when Asian-Americans began to make a name for themselves in jazz. Now, at the age of 83, he's sharing his story in an autobiography. 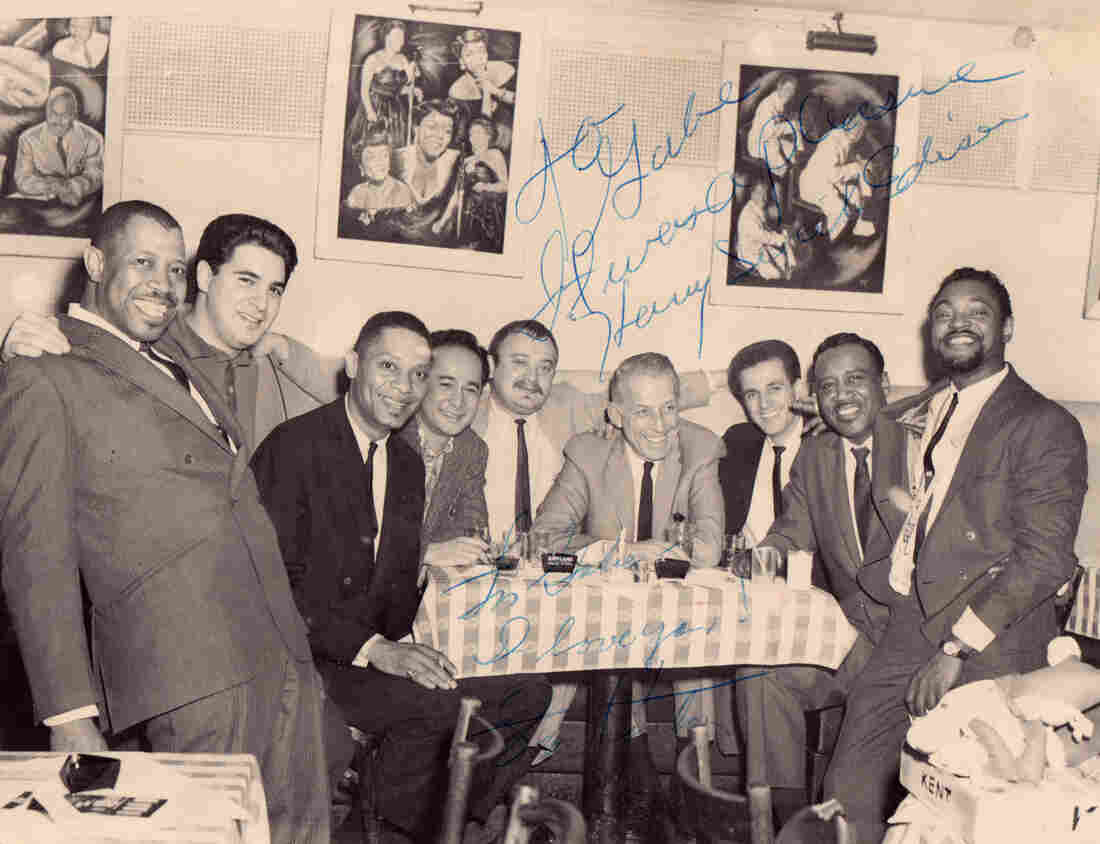 Gabe Baltazar (fourth from left) at New York City's Birdland Club in 1962, with members of Stan Kenton's band and the Count Basie Orchestra. The photo, from Baltazar's collection, is signed by Kenton (fourth from from right) and trumpeter Harry "Sweets" Edison (second from right). Courtesy of Gabe Baltazar hide caption 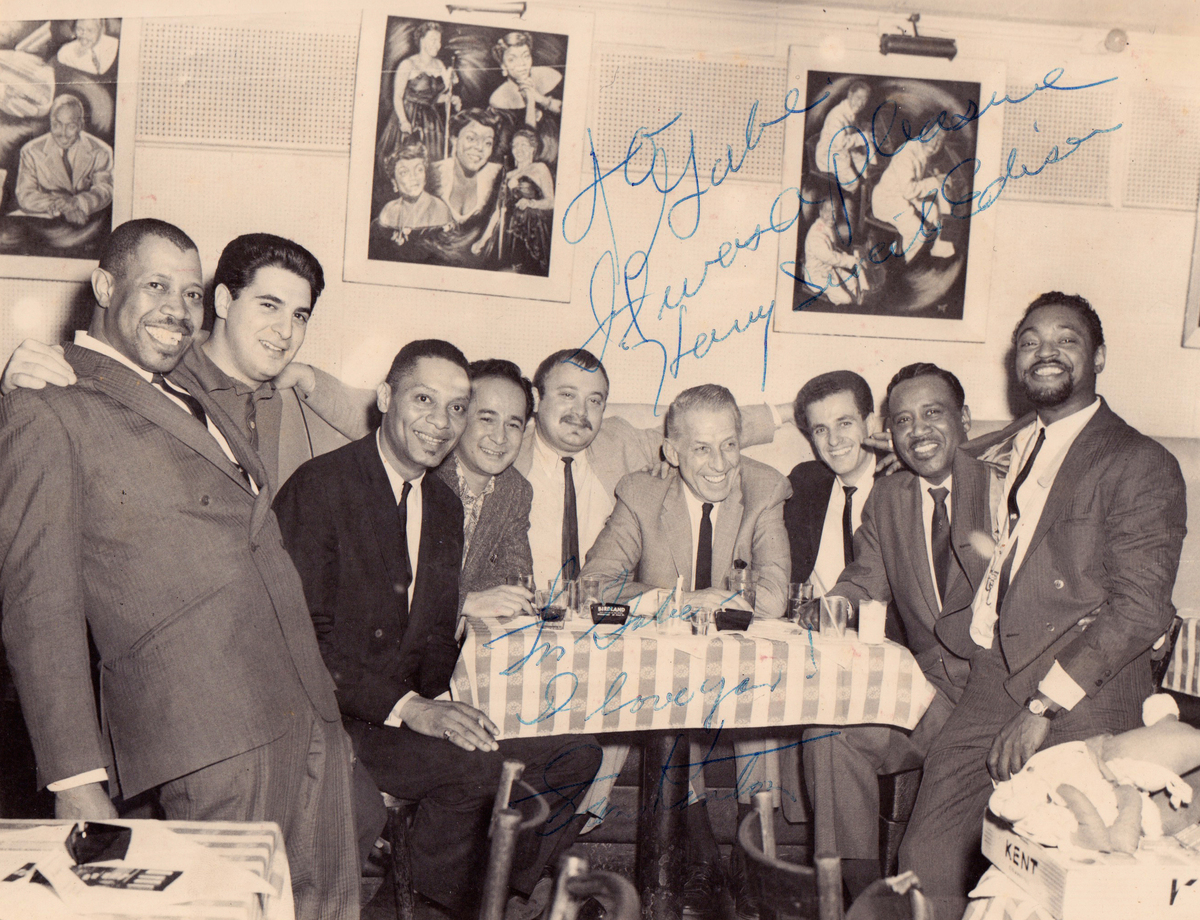 Gabe Baltazar (fourth from left) at New York City's Birdland Club in 1962, with members of Stan Kenton's band and the Count Basie Orchestra. The photo, from Baltazar's collection, is signed by Kenton (fourth from from right) and trumpeter Harry "Sweets" Edison (second from right).

Saxophonist Gabe Baltazar got his big break after Stan Kenton heard him playing in a college band and invited him to join his Orchestra in 1960.

"One of my biggest highlights in Stan's band was being featured on a beautiful standard tune called 'Stairway to the Stars,'" the 83-year-old Baltazar says. "He liked that tune, and he thought it would be my signature song. And throughout my career, four years with the band, I was featured on that and it was just great." 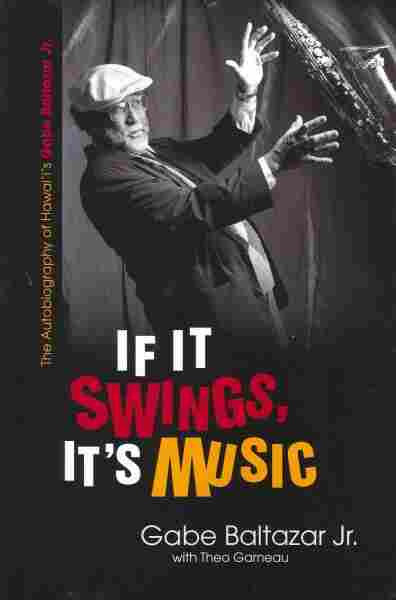 If It Swings, It's Music

Baltazar's story is an important chapter in the history of American jazz, says fellow musician Theo Garneau, who co-wrote Baltazar's new autobiography, If It Swings, It's Music.

Before leaving for a career on the mainland, Baltazar grew up in Hawaii. His mother was Japanese-American, his father Filipino. Gabe Baltazar, Sr., encouraged his son to play music, and gave him a clarinet when he was 12.

"He was a professional musician," Baltazar says of his father. "And then he came to Hawaii to play with a vaudeville show, to entertain the plantation people — you know, people working in the fields, the pineapple and sugarcane fields."

Musicians from the mainland also came to Hawaii in the 1940s.

"There was Artie Shaw's band — they were stationed in Pearl Harbor, and they performed in Waikiki Beach," Baltazar recalls. "And there [was] barbed wire fence on the beach, you know at that time, because this was WWII. And I used to crawl under the barbed wire, crawl under the sand and listen to the band."

Back then, jazz wasn't taught in school. Baltazar learned alto saxophone playing alongside his Dad in dance bands.

"They played about 300 tunes a night," he says. "That's how I got to learn the tunes — and had to learn to play by ear, play the harmony part and all that."

Baltazar moved to Los Angeles in 1956, where he worked with other Asian Americans playing jazz. He made his first recording with drummer Paul Togawa, a Japanese-American from California who had been held in U.S. internment camps during the war. The record was Togawa's debut as well, but it was Baltazar's playing that caught the ears of critics. 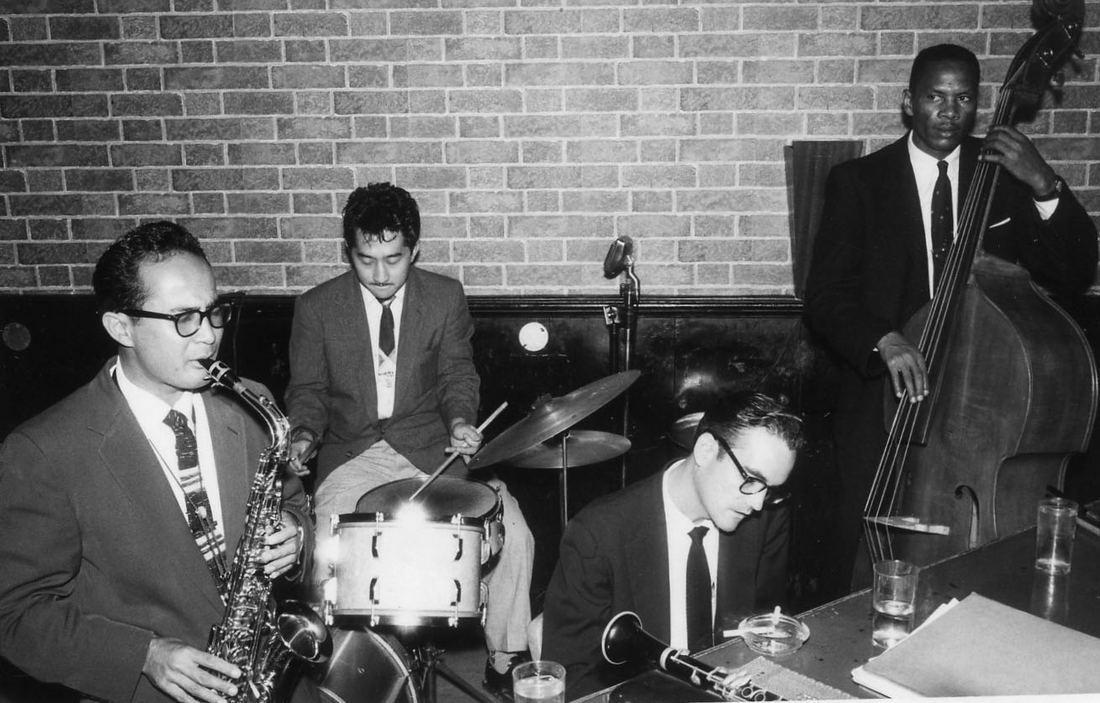 Baltazar went on to work with Dizzy Gillespie, Cannonball Adderly and Wes Montgomery. But after 13 years in Los Angeles, Theo Garneau says, Baltazar returned to Hawaii.

"He came back to Hawaii in '69, so the world kind of forgot about him," Garneau says. "It's just the beauty and the allure of Hawaii, and the fact that he was a local guy, that he left when he was on top."

During the day, Baltazar worked as the assistant bandmaster in the famous Royal Hawaiian Band. At night, he played jazz, often at a place called the Cavalier.

Baltazar became something of a local hero by teaching many younger musicians and hiring them for his groups. He's revered by music fans on the islands, including Hawaii's governor, Neil Abercrombie.

"He made a terrific difference in Hawaii, because he's given us a living example of what a master of melody can do," Abercrombie says. "The word is joy and the feeling is joy. When I think of Gabe Baltazar, that's what immediately comes to mind."

"You don't try get too fancy," he says. "You try to get more feeling in your music. I used to play like a thousand notes a minute, you know. But you gotta get your soul going, and the feeling. That's what music's all about. And swing, naturally."

Read an excerpt of If It Swings, It's Music