Accessibility links
With Government Shutdown Looming, All Eyes Turn To House GOP The Senate passed a bill Friday to keep the government open without stripping any funding from the president's health care law. Now the action returns to the House, where Republicans are tying the measure to defunding the Affordable Care Act. 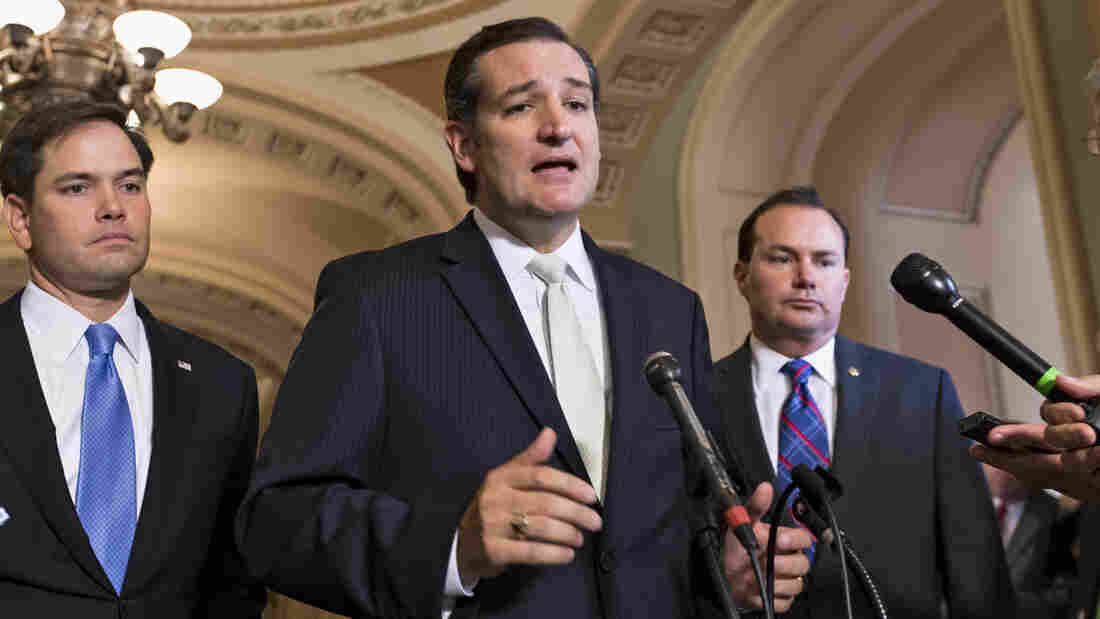 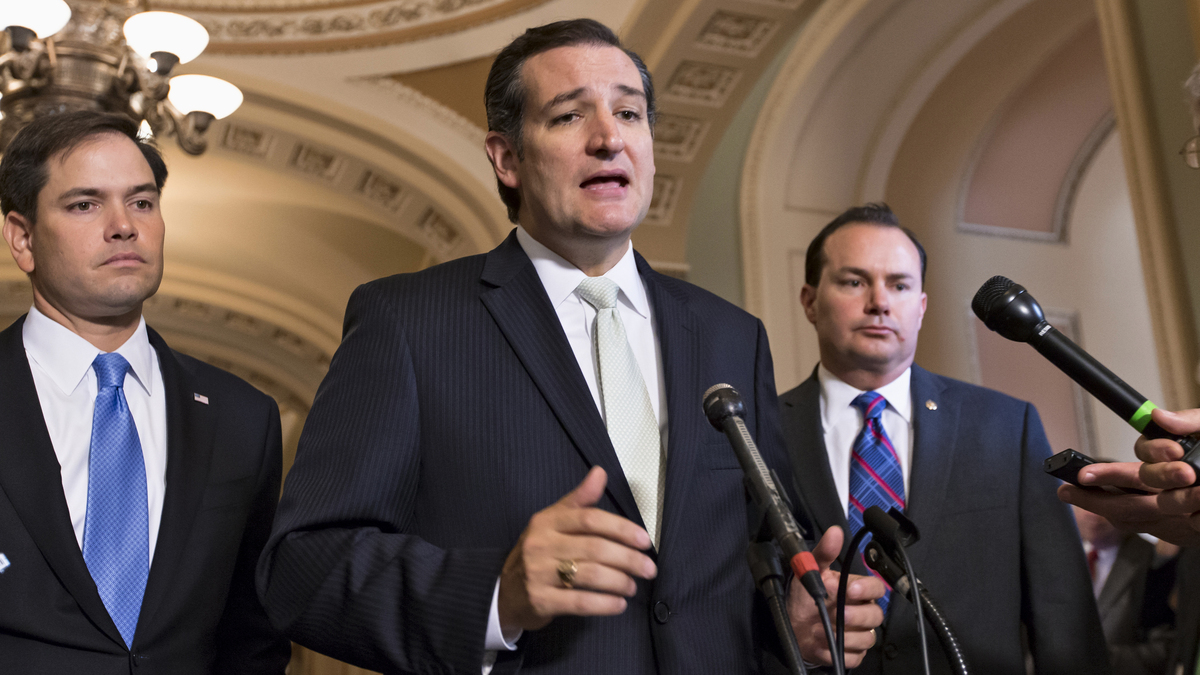 As expected, the Senate passed a bill Friday to keep the government funded through mid-November — without stripping any funding away from the president's health care law.

Now the action returns to the House, where Republicans earlier in the week tied the measure to defunding the Affordable Care Act. With the threat of a shutdown looming three days away, the question is now, what will the House do?

On Friday before the Senate vote, even the Senate chaplain hinted that the squabbling and mounting anger on Capitol Hill had gotten out of hand. Barry Black delivered his usual morning prayers with one additional plea.

"Lord, deliver us from governing by crisis," he intoned. 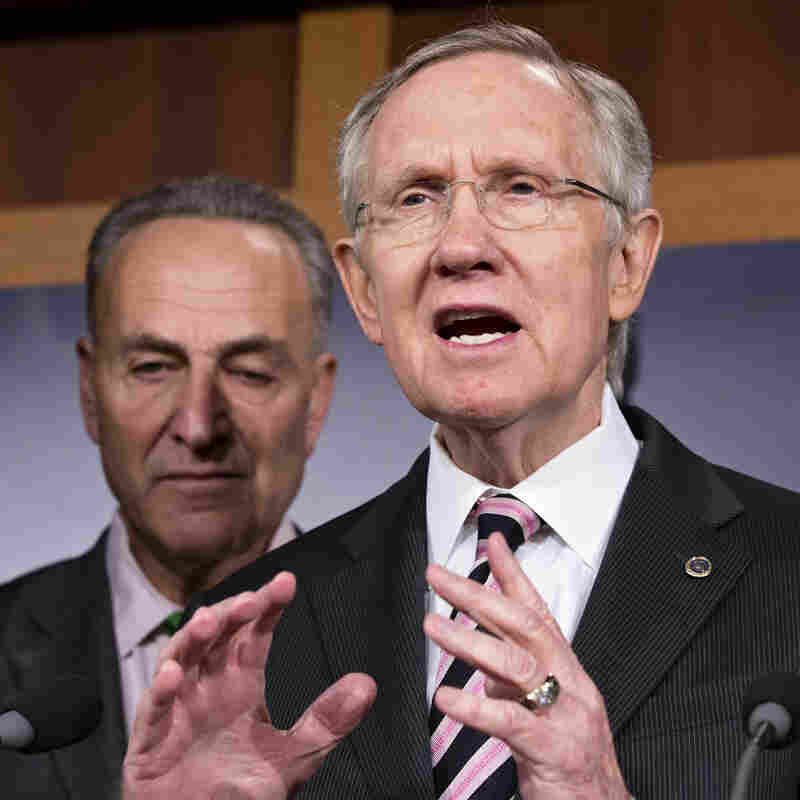 Senate Majority Leader Harry Reid, accompanied by Sen. Charles Schumer, D-N.Y., tells reporters that Republicans need to "get a life and talk about something" other than Obamacare. J. Scott Applewhite/AP hide caption 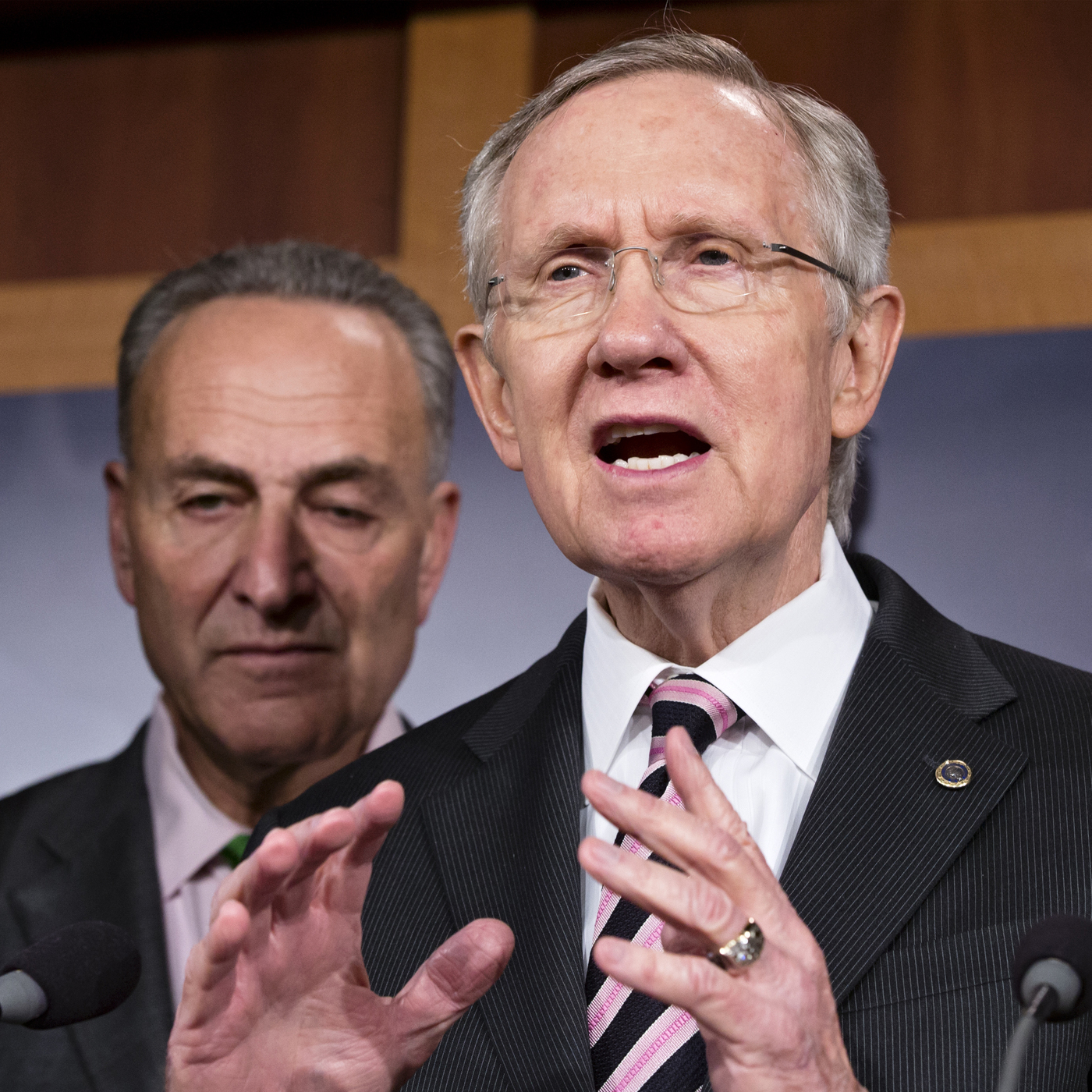 Senate Majority Leader Harry Reid, accompanied by Sen. Charles Schumer, D-N.Y., tells reporters that Republicans need to "get a life and talk about something" other than Obamacare.

The Senate swiftly passed a bill to keep the government running while leaving Obamacare unscathed. Immediately after the vote, Texas Republican Ted Cruz rallied the House not to bend — to come right back with another bill taking aim at the Affordable Care Act.

"I am confident that if the House listens to the people as it did last week, that it will continue to step forward and respond to the suffering that is coming from Obamacare," Cruz said. "It was striking today, it was sad, to see Senate Democrats together turn a blind ear."

What's really sad, says Majority Leader Harry Reid, is watching Tea Partyers like Cruz cling to a dream that will never be.

"Obamacare has been the law for four years," he said. "Why don't they get a life and talk about something else?"

If the House and Senate can't reach an agreement, the government is scheduled to shut down on Oct. 1. That also happens to be the day people can start enrolling in the Affordable Care Act.

On Friday, President Obama said no amount of antics on Capitol Hill will change that.

"Those marketplaces will be open for business on Tuesday, no matter what, even if there is a government shutdown," he said. "That's a done deal."

Still, the president suggested he was open to tweaking his health care law — but refused to do it with a shutdown clock ticking away.

Deja Vu: A Look Back At The Last Shutdowns, In Photos

"As I've said before, if Republicans have specific ideas on how to genuinely improve the law — rather than gut it, rather than delay it, rather than repeal it — I'm happy to work with them on that, through the normal democratic processes," he said. "But that will not happen under the threat of a shutdown."

House Republicans plan to powwow in the basement of the Capitol Saturday to figure out if there's a way to stand their ground but not get blamed for a government shutdown. Richard Hudson of North Carolina thinks having it both ways is absolutely possible. Hudson said he'd like to see a one-year delay of Obamacare.

"I could see the wisdom of putting them both out there, and saying, 'No. 1,' to Harry Reid, 'We're serious. We're not going to do anything that doesn't have at least a one-year delay.' And say to the American people, 'We're serious about not shutting the government down and being responsible.' "

Other Republicans say a one-year delay is too extreme to pass. So they're pushing the repeal of a tax on medical devices that helps fund Obamacare. Others want to get rid of the employer subsidies for the health plans of congressional staff. Some Senate Republicans, like John McCain of Arizona, say any of this would be nice.

That's already clear. After the Senate vote, Reid was asked if he'd reject absolutely anything that chipped away at the Affordable Care Act. His reply? "Yup."