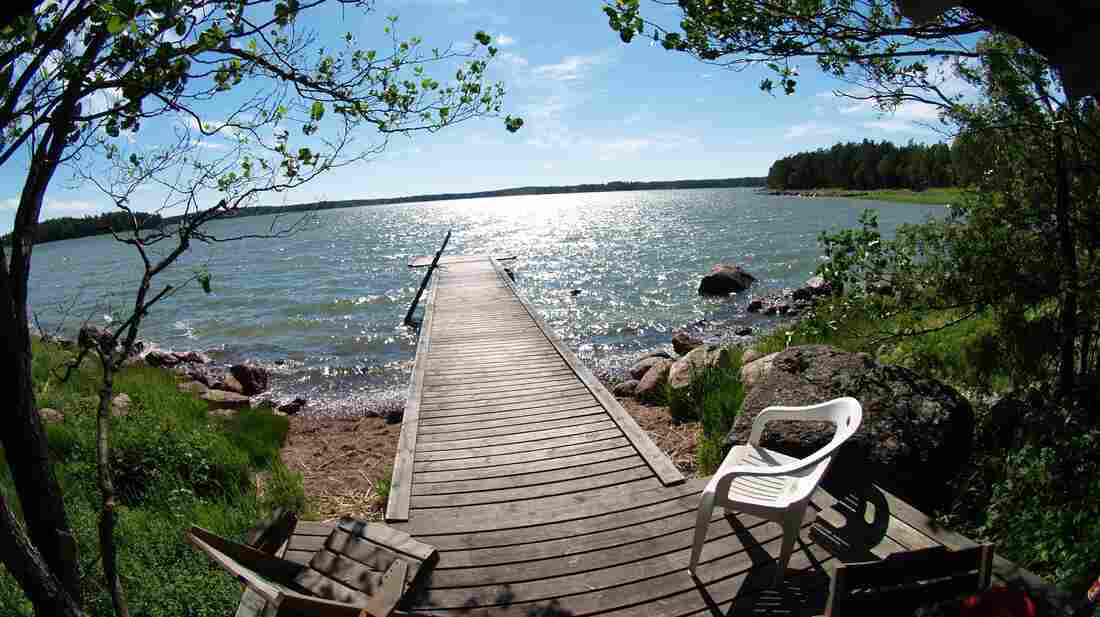 The view from a Finnish sauna shows the short-lived beauty of summers near the Arctic circle. wili_hybrid/Flickr hide caption 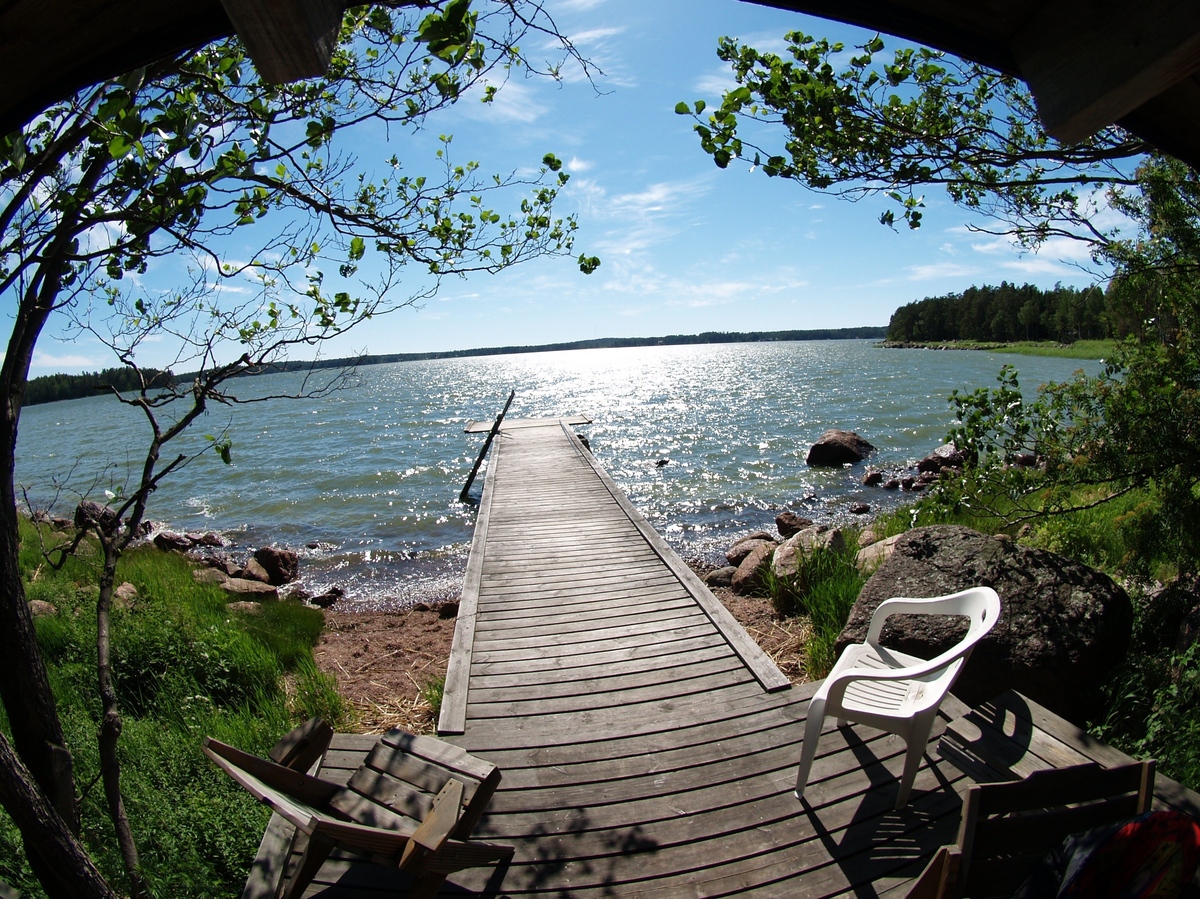 The view from a Finnish sauna shows the short-lived beauty of summers near the Arctic circle.

The far north of Europe, where I come from, is supposed to be the Mecca of melancholy. And yet there's a contradiction to our famous Nordic gloom: the Nordic countries are as much associated with light as with darkness. From our folklore to our folk songs to our literature, the Arctic summer light pierces our darkest tales. The season is almost like a religion to us.

Our summers are as brief as they are beautiful, beginning, peaking and fading away in a few sweet weeks. Up by the polar circle, where the sun never sets all season, summer gets especially intense — like the recollection of our childhood summers, filled with magical ambiance. In these three books, Nordic summers play a starring role: light grants the darkness nuances, just like the darkness gives the light a special luster.

On the border between Norway and Sweden, the summer of 1948 turns into a rite of passage for two teenagers. Brought into contact with the grown-up world, Jon and Trond lose their boyish innocence in the remote woodlands by the river. I immediately took to the down-to-earth perspective of Trond, as an elderly man, returning to the scene decades later. He tries to reckon with the shadows that darkened the pastoral beauty of his beloved childhood landscape and the friendship between him and Jon. What if the hero of the best time in your life turns out to have been a traitor? The innocent promise of those endless warm days — when there's the time and the freedom for so much to happen — makes the impact of betrayal all the more stark. "You decide for yourself when it will hurt," Trond's father says of hardship, clutching a bunch of stinging nettles. But for Trond, the nettles can't be cut away from the summer grass.

Wonderful Women by the Sea

Finland, "the country of thousand lakes," is known for its bathing culture: steaming hot saunas and wintry ice baths. Life by the water plays a big part in Finnish-Swedish author Monika Fagerholm's novel Wonderful Women by the Sea. During relaxed and sensual days in the archipelago, a realistic drama takes place in triptych form — three summers take us from light into darkness. For as long as these short Arctic summers last, the heroines Bella and Rosa — vaguely resembling Elizabeth Taylor and Jackie Kennedy, with a Finnish twist — live their beach-life as if it would go on forever. Fishing and water-skiing in the perpetual evening twilight, taking the boat to midnight dances on the jetty, they are caught up in that dreamy sleeplessness we call "light insomnia," when day and night blend into one another and the Arctic night thrums with activity. It's a friendship built on illusion, since all these women see of each another are their summer personas: they are intoxicated by the intense light and the sudden warmth, by the luxurious freedom of a holiday where the sun never sets and the drinks keep pouring — except the sun is always bound to set eventually, making way for the winter darkness on the opposite horizon.

This vivid and beautiful novel by Nobel Prize winner Halldór Laxness is set on the wild west coast of Iceland, with its fjords and mountains, just under the Arctic circle. World Light is the touching life story of an odd man, Ólafur — in his heart a poet and a dreamer despite the impoverished conditions of his childhood. He is gifted not only with words but also with a special radar for beauty and light, which he finds most abundantly in the summer landscape. For young Ólafur, the arctic summer does not mean leisure, but rather more work, for longer hours, in the fields and at sea. Yet thanks to his susceptibility to the poetry of everyday life, summer is also when he sees beauty manifest itself in everything from the sheep gliding down the hillside to the glitter of terns' wings reflected in the fjords. As a grown man wandering the earth in search of his destiny, he compares a woman's skin to the "creaminess of summer growth." Even in old age he is still in thrall to a memory of "one midsummer night of white mists, beside running water and under a new moon" — the night he fell in love. "All words are dead; you no longer belong to the earth," Ólafur says of the experience. Maybe so, but Laxness' language retains its seismological power, forceful and unpredictable as an Icelandic geyser.