Accessibility links
House Vote Brings Government To The Verge Of A Shutdown The House voted to tie government funding to a one-year delay of Obamacare early Sunday morning. The measure is a non-starter in the Senate and the president vows to veto, making a government shutdown all the more likely. 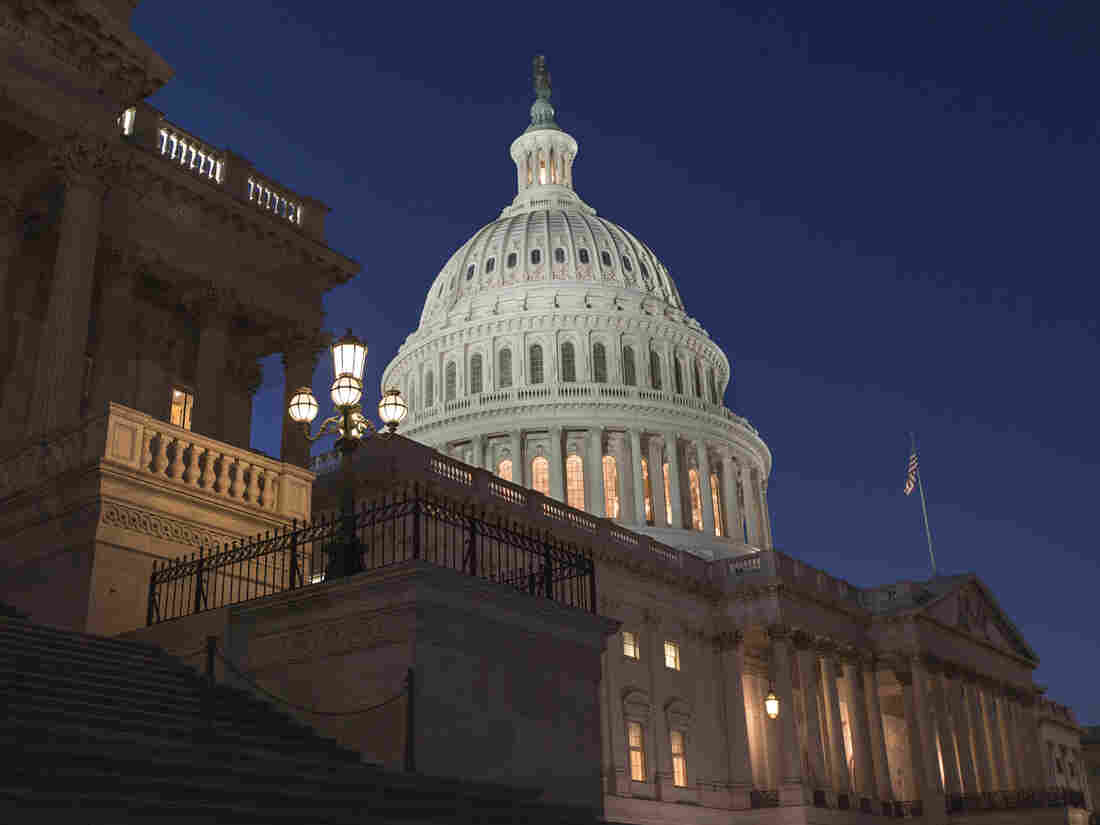 The lights are on at the Capitol as the House of Representatives works into the night Saturday. J. Scott Applewhite/AP hide caption 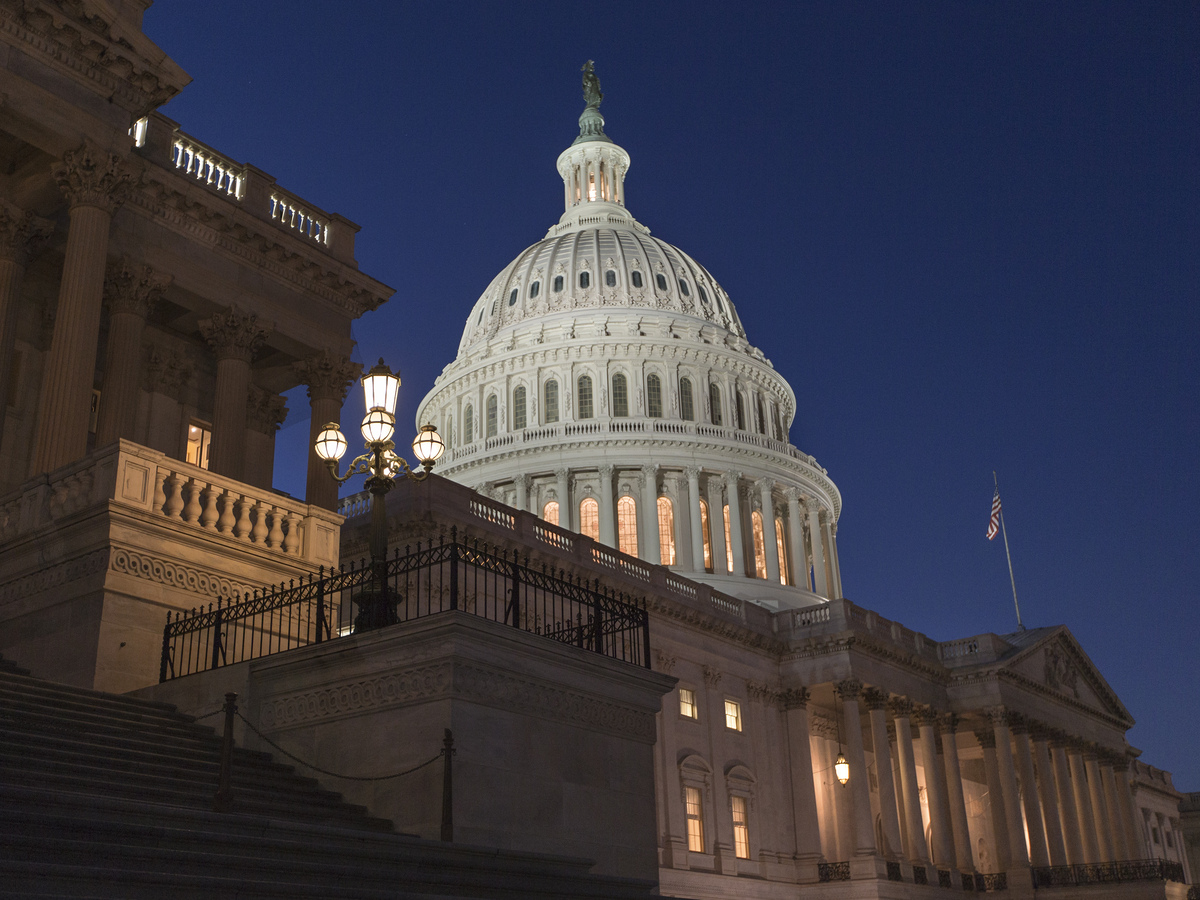 The lights are on at the Capitol as the House of Representatives works into the night Saturday.

Shortly after midnight Sunday morning, the House of Representatives passed a bill that would keep the government's lights on. It would also delay the Affordable Care Act for a year, making the legislation a non-starter for Senate Democrats and the president.

The ball is back in the Senate's court now, with fewer than 40 hours until a government shutdown begins.

The House bill does three things. First, it's a temporary measure to keep government operations funded through the middle of December.

Second, it delays Obamacare for a year. "It doesn't ask to repeal it," Rep. Rob Woodall (R-Ga.) said in a speech on the House floor. "It asks to delay it for one year."

Lastly, the House bill repeals a tax on medical devices that is part of the health care law. Woodall says the tax is bad for patients and businesses. 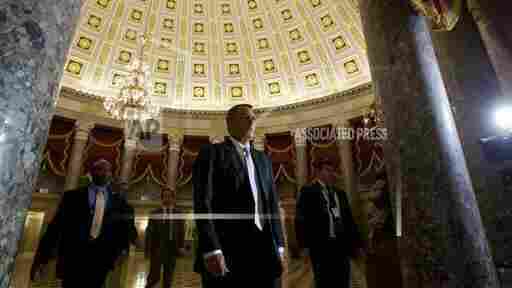 "It is killing jobs," Woodall said of the tax. "It is destroying American leadership in this area."

Before the House even voted, Senate Majority Leader Harry Reid said that the House move was pointless, since the Senate will reject both the device tax provision and the Obamacare delay. Texas Democrat Sheila Jackson Lee protested the House plan on the floor.

"Let us be very clear," she said. "Let us not be full of smoke and mirrors. Tonight the Republican majority will vote to shut the government down!"

"We're going to give a stark choice to the president of the United States and the Senate," Rep. John Culberson of Texas said. "Do you want to shut down the government, or do you want to force on to the American people a 2,500 page bill that was forced through here so fast, Speaker Pelosi said we have to pass the bill to find out what's in it."

Asked what happens after the Senate inevitably rejects their version of the bill on Monday, a number of House Republicans said they didn't have the next play planned out. Sunday morning, the House also passed a measure that would insure the troops continue to get paid in the event of a shutdown.