Accessibility links
'Breaking Bad' Lands Its Finale A Little Too Cleanly The finale of Breaking Bad on Sunday night gave Walter White a great degree of closure and control over the unfolding of events. While that may have been satisfying to those who rooted for him, it causes problems for those who didn't. 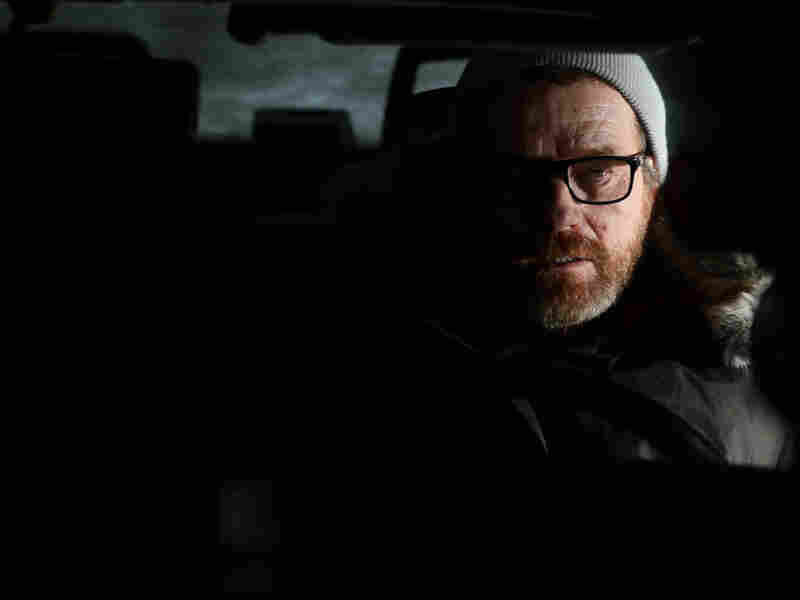 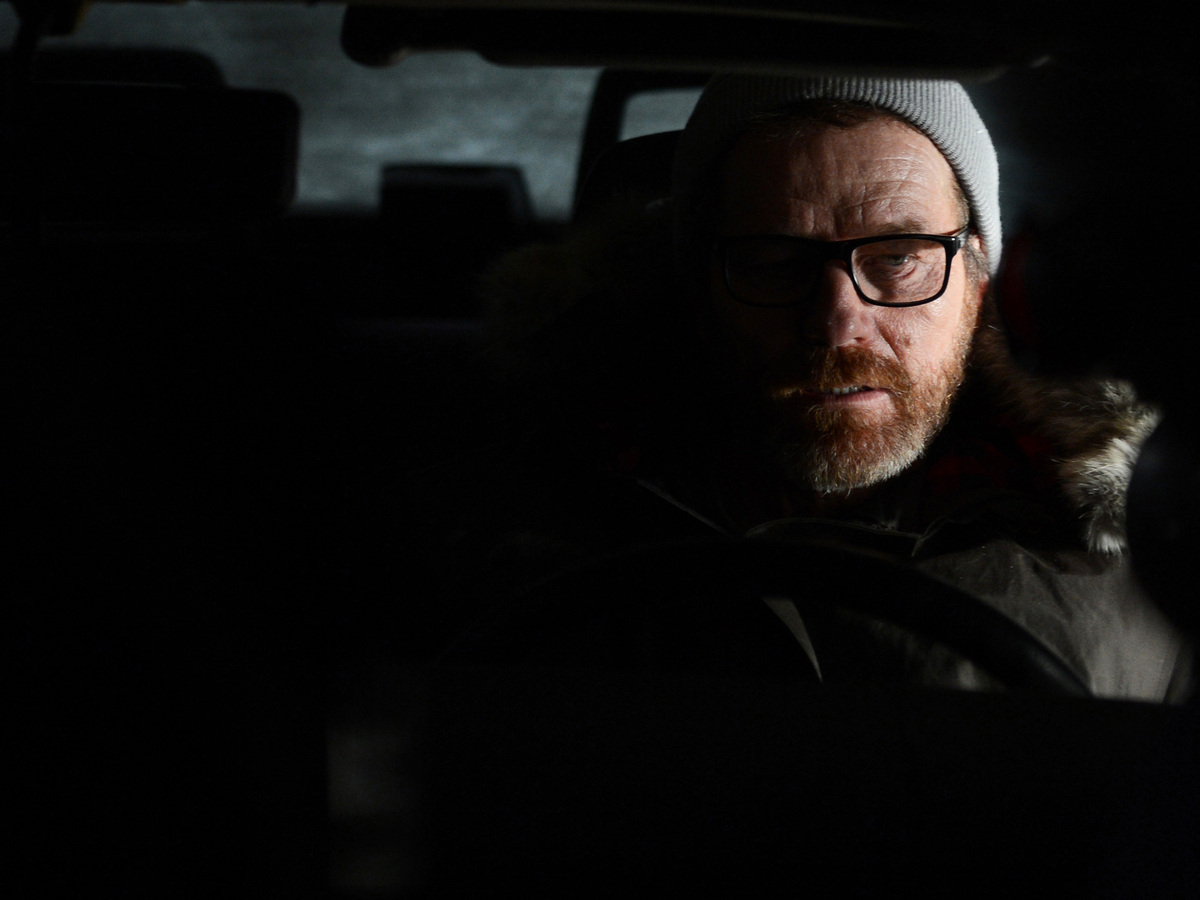 Breaking Bad creator Vince Gilligan signaled in interviews leading up to Sunday night's series finale that those who craved some redemption for Walter White were the ones most likely to leave happy.

"We feel it's a satisfying ending," Gilligan told Entertainment Weekly. "Walt ends things more or less on his own terms."

For Gilligan, those things were self-evidently connected: the satisfaction of the ending and the degree to which the terms of that ending are set by Walt. And that's probably true for broad segments of the show's legions of fans who continued to root for Walt at some elemental level, or least to root for him to become root-able again.

It's not just true for the darker elements of "Team Walt" — the holders of the unsettling view that Walt was always simply killing people who deserved it, a brilliant and good man forced into bad deeds by the foolishness of others. It's also true for fans who fully recognize the monstrousness of Walt's deeds but craved a glimmer of hope that even people guilty of the worst deeds can find a modicum of grace, perhaps grace in love and death.

This is, for instance, the view taken by Emily Bazelon in Slate, who sees in the finale repeated acts of love: Walt figuring out how to get the money to his family, Walt accepting that he can't be forgiven, Walt saving Jesse. It doesn't make up for his misdeeds, but it represents redemption of a kind and the reassuring flicker of his humanity.

I think that's what Gilligan saw in the finale he wrote: no undoing of consequences, but moments of grace and mercy nonetheless. The show was, to the end, a Western of sorts, and Walt ended his life as the lonely cowboy, the desperado finally able to come to his senses, tragically alone but no longer lost — now found.

There is emotional heft to the idea that after all your struggles and battles and mistakes, you will have the opportunity to give and receive love and to gain perspective on what you've experienced. And while there have certainly been missteps in the final season (and in previous seasons) and not everything worked in the finale, that last sequence in the church is based on a very old and widely honored idea of grace in death.

Many will see almost exactly this message in Walt's ending.

Here, however, I could not escape the feeling that by earning anyone's sympathy, Walt was getting away with one last self-aggrandizing con.

After all, you can see in his trip to Gretchen and Elliott's house the maneuver of a man manipulating nasty rich people into doing the right thing, even while being too harmless now to really hire hit men.

But you can also see in it Walt's continuing use of violence to get over on his utterly blameless son one last time, figuring out how to snooker Junior into doing the one thing he most wants to avoid: unwittingly living on his father's drug money.

Do Skyler and Walter Jr. not have the right to make the decision not to accept the money? Is that not their own choice? Is that not Skyler's own grasp at grace?

What is the more loving gesture: to figure out what you think is best for someone and then figure out how to manipulate them into doing it, or to accept that they are individuals with the autonomous right to live as they choose, and not as you think they should? To me, Walt's manipulation of the money was in no way redemptive, or loving, or sympathetic. It was a continuing megalomaniacal scheme to get his way, no matter what, no matter who he had to threaten to kill.

Perhaps the one thing Walt did that was truly satisfying for me was his admission to Skyler that he set all these events in motion not out of a desire to help or provide for his family, but because he liked his life as an all-powerful drug lord. He enjoyed himself. Heisenberg was created not out of desperation, but out of desire and ego. None of this was need; it was all want. That means Hank and Gomez wound up dead, Andrea wound up dead, Drew Sharp wound up dead, and Jesse spent all that time locked in a dungeon, all so that Walt could feel like a big, powerful guy. That admission, late in coming as it was, meant something.

But then we move to the final confrontation with the Nazis.

It's only fair, I think, to acknowledge that if most of us tuned into an episode of a network cop show and it ended with "the hero rigged up a remote-controlled robot machine gun that popped up out of the car trunk by itself and shot all the bad guys," we would snort and say, "This is why I don't watch broadcast television." I generally think plausibility is overrated, but this did go rather beyond implausibility and directly to Silly Plot Devices, as did the fact that Jack insisted on bringing Jesse out of the dungeon just to show him to Walt before he shot Walt in the head, to prove he wasn't a liar, making Jack a very selectively ethical murdering Nazi.

(God bless Aaron Paul, though, whose heartbreaking stumble across the driveway in chains gave the last sequence a grounded importance that it had lacked until then.)

So Walt killed everybody, but he saved Jesse, and Jesse got the satisfaction of killing Todd with a chain around the neck. Walt talked to the dying Lydia long enough to tell her she was dying, and Jesse drove off after the two shared a sort of a nod, leaving Walt to die in the meth lab.

There came an immediate social media conversation Sunday night about the contrast between finales that provide closure, like this one, and finales that don't, like The Sopranos. It's less accurate, I think, to say that finales are divided into closure and no closure, and more accurate to say they tend to be divided into those that end in tension and those that end in balance. (Stephen Sondheim does amazing, confounding things with this divide in Into The Woods, but that's for another day.)

The Sopranos ended in tension, except for people who believe with certainty that Tony Soprano died at the cut to black, who believe it ended in balance. Breaking Bad was very different. It ended in balance. Balance doesn't have to mean justice in the simplest sense, as tightly connected as those things are in tradition and iconography. Balance just means that there's a kind of equilibrium that settles in, whether it's a largely miserable one or a happy and just one. Lost ended in balance, even though lots of good people died, some of them in pain and fear. Balance mostly means the story is over and the universe has taken on whatever shape it's going to have in the wake of that story. Tension means the story is ongoing and cannot or will not end: The Wire ended in tension also.

But in addition to the balance of conclusion, there's also a more elusive balancing of elements, which you see in the many, many finales that echo shots and scenes from pilots. Balance, well executed, requires that your story have an internal logic that's consistent with whatever the show's ethic (or mission statement, or worldview) is. Breaking Bad has always been profoundly moral, deeply concerned with the inevitability of consequences from actions, so its challenge is to present consequences that seem inevitable based on actions.

What kept the Breaking Bad finale from being entirely satisfying for me was that because Walt's grotesque behavior came largely from his desire for power and control, a balanced ending would be one that denied him some measure of control. I wanted the balance to emerge from Walt not ending things on his own terms. I didn't crave a happy ending for him, and he got about as happy an ending as he possibly could have. If I could have believed in any redemption for Walt, it would have been through surrender, through being stripped of power (or giving it up voluntarily) and choosing grace then.

Anything else framed as redemption was going to feel to me like a con ending in Walt emerging as the victor. After all, he got to kill his enemies, terrorize and manipulate his former business partners, break into his wife's house and get the final conversation with her that he wanted and she had thus far refused, put one over on Marie one more time by standing by as Skyler covered for him, force his drug money on his family, decide whether Jesse lived or died, and ultimately get a sort of nod of understanding from Jesse, despite the fact that he got people Jesse loved killed and sent Jesse himself off to be murdered, which only fortuitously didn't happen.

It was just a little too ... tidy, for me. Not because plot threads were wrapped up, but because Walt was suddenly such an uncomplicatedly good man. He suddenly was self-aware, generous, compassionate, patient and capable of building — did we mention? — a robot that could mow down a house full of Nazis from the trunk of a car. The delights of the show have so often come from Walt's plans going awry, but all of a sudden, they all worked perfectly. Better, in fact, than expected.

None of this changes the brilliance with which the show is directed and especially acted; Bryan Cranston was absolutely phenomenal in that finale. The execution was spectacular. It's just that I wish they'd made different choices.

For whatever reason, it's popular to place the weight of a show's entire run on the ending, and to conclude that if the ending isn't your favorite episode — perhaps if it's one of your least favorite episodes, as this finale is for me — you are suddenly an aggrieved party in a breach of contract lawsuit, demanding your time back, your years back, your life back. I've written before about how crazy this makes me. This is still one of my favorite shows of my whole life. I don't listen to a symphony, after all, and say, "I wouldn't have put the trumpets there. That guy is a hack. I hate that guy. I want my money back."

For people still having the argument about whether television is firmly established as a legitimate art form, this is perhaps the best argument that it is, or that this show was, to me. Art contains elements that satisfy and ones that don't. If you're churning out cheap entertainment, you can do that forever; it's very low risk. Art is harder, but it buries itself deeper. I wouldn't have had the finale go this way, but I wasn't ever watching Breaking Bad to have it go the way I wanted. It's not Judge Judy; I don't need every case to be decided as I'd have decided it. It's art. It's complicated.

I didn't really like it, but I still loved it.

[Note: Originally, this piece said Walt called Lydia; of course, y'all are right — he talked to her, but she called.]